Well then, a poet writes a line, or a fiction writer writes a sentence, but how do we judge the order of the words? This is not an easy question to answer. Let’s look at some well-known sentences. Dante Alighieri’s Divine Comedy includes this famous imperative: “Abandon all hope, ye who enter here!”

Suppose it were “Ye who enter here, abandon all hope!” If it were, we’d lose the iambic pentameter. It would also not be as shocking or as scary as it is in The Divine Comedy.

Syntax involves acrobatics. You may jump off the sawhorse and stick the landing. You may tumble and leap and tumble again. Here are some examples of interesting syntax:

“But sometimes you might make the wrong decisions, comrades, and then where should we be?”— Animal Farm by George Orwell

“What’s the use you learning to do right, when it’s troublesome to do right and it ain’t no trouble to do wrong, and the wages is just the same?”— The Adventures of Huckleberry Finn by Mark Twain

“People generally see what they look for, and hear what they listen for.” — To Kill a Mockingbird by Harper Lee

“Even in the helter-skelter skirmish that is my life, I have seen that the world is to the strong regardless of a little pigmentation more or less.” — How It Feels to Be Colored Me by Zora Neale Hurston

It is not difficult to change your syntax. It is difficult to remember that you always have the option of changing your syntax. If you have always written in a certain way, you may forget that other kinds of syntax are available. In fact, we can often recognize who wrote a particular passage because we are familiar with the author’s syntax. I’m not suggesting that you change your syntax for the sake of originality, only that you remember, every time you write a sentence, to think about alternatives. The syntax you use can surprise your reader, forestall boredom, make a new music, and move your reader. 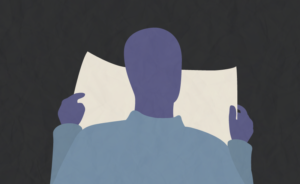 You may want to employ a syntax that echoes or supports the theme of whatever you are writing. Short imperative sentences may be useful if you are writing about a march. Interrogative sentences may push the reader to think more deeply or widely. Declarative sentences are something like middle C on a piano: they are essential building blocks. Exclamations should not be overused, unless you are writing comedy. Which is not to say that every sentence in a comic piece should be an exclamation, only that you may find them sometimes helpful in a comic piece. In our time, exclamations are also sometimes used to indicate foolishness or disbelief.

The late Grace Paley was a master of syntax. A photograph tells us that she was very pretty as a girl. Most of us remember her with wild white hair, and that too was entrancing. She knew Russian and Yiddish and as an activist she was a memorable figure. She wrote only three collections of short stories and three chapbooks but what she wrote, in particular her fiction, is similarly memorable, largely because of her syntax, which made her characters brilliantly alive. And I mean brilliantly. Despite her reluctance to write plots or spell out details, the energy of her voice was itself a plot and carried all the details that another writer might have assumed should be visual.

A story of hers that is a favorite of mine is called simply “Mother.” You’ll want to read this paragraph aloud:

One day I was listening to the AM radio. I heard a song: “Oh, I Long to See My Mother in the Doorway.” By God! I said, I understand that song. I have often longed to see my mother in the doorway. As a matter of fact, she did stand frequently in various doorways looking at me. She stood one day, just so, at the front door, the darkness of the hallway behind her. It was New Year’s Day. She said sadly, If you come home at 4 a.m. when you’re seventeen, what time will you come home when you’re 20? She asked this question without humor or meanness. She had begun her worried preparations for death. She would not be present, she thought, when I was twenty. So she wondered.

At once we are seized by the voice. And are somewhat anxious regarding the mother’s “worried preparations for death” and then saddened to know that the mother is no longer alive. If your own mother has died, you will respond with compassion toward the daughter, and if your mother is still alive, you may find yourself wondering what that experience will be and maybe you will be moved to express your love for her now, her caring and her support. Here is the second paragraph:

Another time she stood in the doorway of my room. I had just issued a political manifesto attacking the family’s position on the Soviet Union. She said, Go to sleep for godsakes, you damn fool, you and your Communist ideas. We saw them already, Papa and me, in 1905. We guessed it all.

Suddenly everything is more complicated. There is a breach between the mother and the daughter. It is a significant breach, given that both mother and daughter have different notions of “the old country.” Clearly, the mother has the advantage over the daughter, since she once lived in the Soviet Union.

And here is the third paragraph:

At the door of the kitchen she said, You never finish your lunch. You run around senselessly. What will become of you?

We are now at the fourth paragraph:

That’s it. It’s a shock, of course, and the reader finds the ending rather abrupt. Then, looking at the book, the reader realizes the story continues.

Again, we have a very few slender paragraphs, and again we read this line:

The first time is, as I said, a shock. The second time seals the death. It is as if she was first in a coffin, then the coffin was closed and lowered into the grave. We feel the daughter’s sorrow in our own bones. The heart refuses to accept the reality. Some hope persists despite everything and yet the reader, and the author, know there is no hope. The syntax of this story scrambles New Yorker, Jewish, and Russian rhythms and inflections. The voice lets us see the details not shown. It may not be a miracle but it is certainly magic. Magic you can make yourself if you listen closely enough to the voices around you. 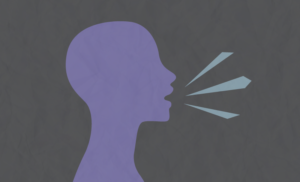 A young writer named Jack Christian has just published a collection of poems, Domestic Yoga, in which syntax twists and turns and leaps and holds like yoga.  The following lines are from his poem titled “Poem in Film” and there’s a good chance you’ve never read lines like these before:

at what crossroads, at what fractal life-crisis point,

at what soul-fracking, at what gleaning of soul sands,

at what hidden arterial explosion,

does one begin to describe himself as a spelunker?”

Is this poem meant to be a little crazy? I think so, but it is not actually insane. It is a poem that makes us look at the language of it, and in the meantime there are hints of disaster: “crossroads,” “life-crisis,” “soul-fracking,” “gleaning of soul sands,” “intra-corpus irrigation,” “headtop removal,” “arterial explosion.” This is a fraught poem, and yet it is also pretty cheerful, the words being both of the day and fun to say.

All of these poems are athletic. They leapfrog, summersault, and stand the world on its head. It is Christian’s facility with syntax that makes this possible. “When there was never more a stranger than one’s own husband. . . / When was he sprawled more ever than on this braided rug?” he asks, in “If You Love It.” He illustrates for us the sinewy, tensile flexibility of language. So does Aaron Anstett who, in his poem “Best Intentions” in The Literary Review (Vol. 59, No. 01), warns us that “[i]t burns / energy imagining everything breathing / some day dead.” Indeed it does. Yet at the same time he reminds us that language is not rigid. Grammar is important and restrictive, yes, and punctuation is important and sometimes puzzling, but syntax is freedom and a joy. •