Almost the first thing a reader notices about a piece of writing is its style — unless the style is transparent. Transparent prose is prose that lets you see the object before you. It has often been referred to as a window, for the window in no way obstructs your view. Indeed, it serves the view, quite as if it were a humble attendant.

When we speak of style, then, we usually mean prose that obstructs the view. But of course, we do still see something of the object in our line of sight (i.e., the sense of the sentence). How, then, is the object — the view, the sense — obstructed? By details of the sentence that yank our attention away from the sense, if only momentarily. Puns, alliteration, syntactical flourishes, words that call our attention to themselves are some of the details that can do this. Such details are, of course, snappy, playful, poetic, even enlivening, and the reader who reads them, if that reader wishes to be a writer, is apt to think, I’m going to get me some of those!

There is no reason why not. But the getting of them is harder than one might think.

This is because no human being is exactly like another human being. Even if all the human beings involved are writers.

Ernest Hemingway could write, in The Sun Also Rises, his first and arguably best novel, this description of Basque country:

It was a beech wood and the trees were very old. Their roots bulked above the ground and the branches were twisted. We walked on the road between the thick trunks of the old beeches and the sunlight came through the leaves in light patches on the grass. The trees were big, and the foliage was thick but it was not gloomy. There was no undergrowth, only the smooth grass, very green and fresh, and the big gray trees well spaced as though it were a park.

The sentences are simple and compound (“a beech wood and the trees,” “above the ground and the branches,” “the old beeches and the sunlight,” “big, and the foliage…but,” “the smooth grass…and the big gray trees”). Suppose he had instead written this:

In the beech wood the trees were very old, roots bulking above the ground, branches twisted. As we walked on the road between the old beeches’ thick trunks, sunlight came through the leaves in light patches, lingering on the grass. The trees were big, the foliage thick yet not gloomy. No undergrowth. Only the smooth grass, green and fresh, and the big gray trees well spaced as though it were a park.

My version is 11 words shorter, changes a “but” to a “yet,” and introduces only one new word: “lingering.” I deleted one “very.” It’s likely that someone would say my version is more “feminine” than Hemingway’s, and perhaps it is. (I am, after all, a female.) At the same time, my version is more efficient, and efficiency is sometimes considered a masculine characteristic. But I don’t want to get into the gender wars here, only to understand what Hemingway was doing when he wrote that passage.

First of all, he was using repetition to emphasize his statements. He was using short verbs to create action and suggest that his characters are close-mouthed. He was using simple compound sentences to build a rhythm, a rather drum-like rhythm. One might say the rhythm is martial, which would be appropriate in a novel whose main character, Jake Barnes, has been wounded in WWI. 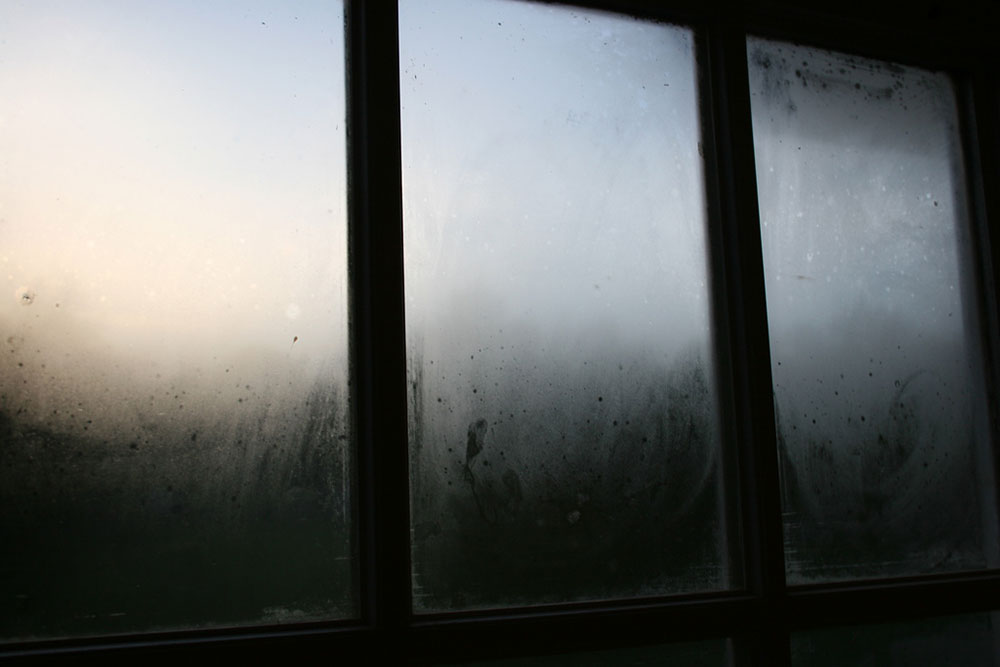 A writer whose style seems almost the opposite of Hemingway’s is F. Scott Fitzgerald, whose closing sentence in The Great Gatsby is “So we beat on, boats against the current, borne back ceaselessly into the past.”

In Fitzgerald’s sentence he gives us a metaphor (“we” are “boats”) and the metaphor is active (the boats are fighting the current unsuccessfully and being brought back into the past). The sentence is not terse in the way Hemingway’s sentences above were terse. Here is another quotation from The Great Gatsby:

That’s my Middle West — not the wheat or the prairies or the lost Swede towns, but the thrilling returning trains of my youth, and the street lamps and sleigh bells in the frosty dark and the shadows of holly wreaths thrown by lighted windows on the snow. I am part of that, a little solemn with the feel of those long winters, a little complacent from growing up in the Carraway house in a city where dwellings are still called through decades by a family’s name.

We’re not looking at it for what it says about the speaker or the Middle West but for the sentences. We have adjectives here, and sibilance (“Swede,” “street,” “sleigh,” “shadows,” “snow”) and subordinate clauses that mimic the “long winters.” There is music here, too, but nothing martial. “Dwellings” and “decades” alliterate. “Thrilling” and “returning” both end in
-ing. Double “l’s” appear in “thrilling,” “bells,” “holly” and “dwellings.” “Bell-” rhymes with “dwell-.” The passage is lyrical, approaching poetry. Did Fitzgerald work hard to produce the musical notes it contains? Probably not. He may have stopped to notice what he was doing and added or deleted a word or two, but on the whole, this is simply how he wrote. He may even have thought he was writing transparent prose, but because of the music in that paragraph it would be more accurate, if a cliché, to say that it is “crystal clear” than to call it “transparent prose.” It was George Orwell, in his essay “Why I Write,” a few decades after Fitzgerald and Hemingway published their first novels, who proclaimed, “Good prose is like a window pane.” Neither Fitzgerald’s prose nor Hemingway’s is like a window pane, yet both have written good prose. We may prefer one over the other, but preference is merely preference, not universal truth.

And this is the point. Two writers, friends of a sort, published books, Fitzgerald in 1925 and Hemingway in 1926, and their styles are nothing alike. Is a writer in search of a style to choose one over the other? Which, and why? 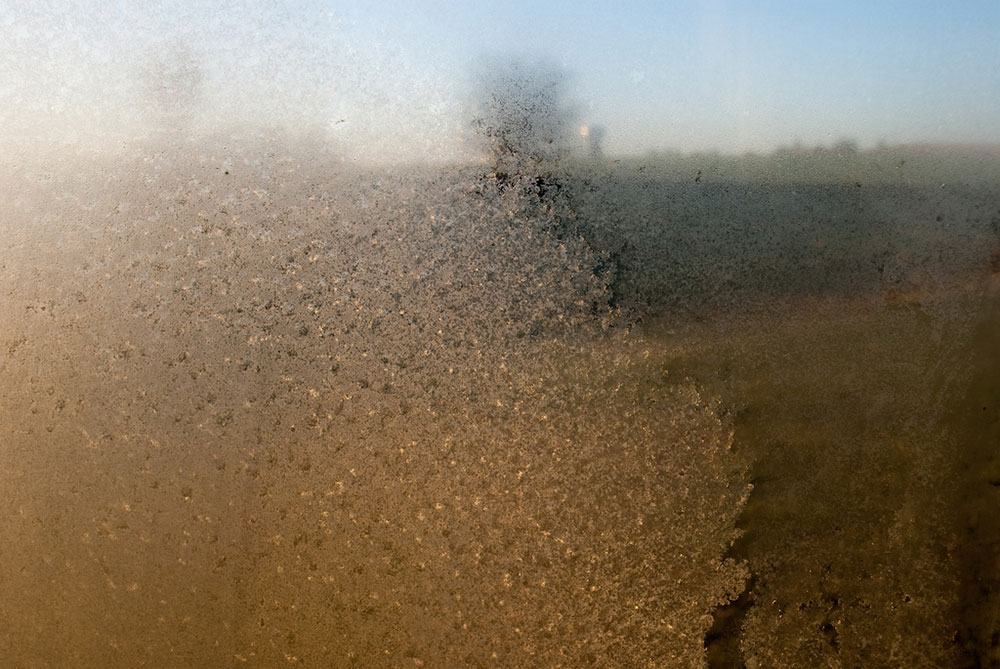 Let’s look at an earlier fiction author, the great Henry James, born in 1843, in America, though later he would become a British citizen. James was wonderfully prolific, writing novels, stories, plays, criticism (of literature and art), travel memoirs, and autobiography and thousands of letters. His work is not admired by everyone — there are some who have found it too fussy — but pretty much everyone recognizes it as a mainstay of the literary canon. Over a long life, style may shift, but this paragraph from The Portrait of a Lady can be taken as a fair example. A young American heiress, Isabel Archer, has arrived in England.

She had been looking all round her again, — at the lawn, the great trees, the reedy, silvery Thames, the beautiful old house; and, while engaged in this survey, she had also narrowly scrutinized her companions; a comprehensiveness of observation easily conceivable on the part of a young woman who was evidently both intelligent and excited. She had seated herself, and had put away the little dog; her white hands, in her lap, were folded upon her black dress; her head was erect, her eye brilliant, her flexible figure turned itself lightly this way and that, in sympathy with the alertness with which she evidently caught impressions. Her impressions were numerous, and they were all reflected in a clear, still smile. “I have never seen anything so beautiful as this,” she declared.

In an article in The New Yorker, “Out of the Frame,” Anthony Lane rightly waves a yellow flag of caution. “The beauty of the telling,” he points out, “should not be confused with the loveliness of the scene, whatever the enticement of the greensward; hundreds of writers have tried their hand at Old World pastoral and got stuck in a sentimental mud.” Nevertheless, we are intelligent readers and can separate the description from the scene described.

One aid to reading James is the punctuation, which may seem a bit old-fashioned but is very useful to modern readers. Breathe when the punctuation advises you to, and the words become clear, the sentences sensible. Any notion of fussiness disappears. Note too the upper-crust diction, the multisyllabic words, and the attractively juxtaposed simple words like “reedy” and “silvery” and “little dog.” The first sentence is not short but it is broken by a semicolon. The second sentence also uses semicolons, which contemporary American writers are often afraid to use, but they helpfully link moments that seem to want to be linked, moments that are of a piece. Although the paragraph is about a sitting woman, we see that she “scrutinizes,” is “excited,” takes actions of “putting away” and “folding,” and “turning” and “declaring.” There is a little alliteration, and the rhythm is subtle and varied. When we encounter Isabel’s “clear, still smile,” we know that she is good-natured, alive to life, and confidant. •