And now, to examine an entirely different style, consider this line from Ben Marcus’s experimental and lovely first novel, The Age of Wire and String, published in 1995. The author’s postmodern premise is that when we look at an object, our desire destroys it. It opens thus:

This book is a catalog of the life project as prosecuted in the Age of Wire and String and beyond, into the arrangements of states, site, and cities and, further, within the small houses that have been granted erection or temporary placement on the perimeters of districts and river colonies. The settlement, in clusters and dispersed, has long required a document of secret motion and instruction — a collection of studies that might serve to clarify the terms obscured within every facet of the living program.

He includes a kind of mini-dictionary with which we can interpret the very short stories in eight sections that make up the book. Sadness, the dictionary tells us, sadness “can be eradicated with more of itself, in which case the face results in a placid system coursing with water, heaving.” A “wind bowl” is a “pocket of curved, unsteady space formed between speaking persons.” “The mother” is “the softest location in the house.”

Clearly, the supplied definitions are not the usual kind of definition; they mirror and magnify the novel, or “catalogue of the life project,” so that the reader can follow the plot, which is an assemblage of details that prompt the reader into thought and philosophical analysis. (He may have come up with this idea from reading Wittgenstein.)

Well, postmodern or not, we have a paragraph, and it consists of two longish, though not very long, sentences. There is alliteration (“project,” “prosecuted,” “placements,” “perimeter,” “program”) but it doesn’t really stand out, maybe because the diction seems to be that of someone who works in an office. It’s there, though, bolstered by “temporary” and “dispersed,” and it unifies the passage. There is less action here, and no metaphor, but I think we hear a quiet, supporting music. And the entire book is more or less a metaphor for life.

We can now see that all four writers rely on similar devices to define their styles, even the last, whose paragraph might be said to be transparent prose. Does this mean that all a writer has to do is use these devices to develop a style?

It’s not that easy.

Might a beginning writer merely mimic the rhythm, punctuation, and diction of one of these published authors?

It doesn’t hurt to try. In fact, mimicking great novelists and poets and essays is an excellent way of improving one’s work — it will sharpen the attention one pays to it — but it won’t turn you into a Hemingway, a Fitzgerald, a Henry James, or a Ben Marcus.

It won’t turn you into an Elizabeth Taylor (brilliant British novelist) or Olivia Manning (another) or an Alice Munro (Canadian story writer) or a Lynda Schor (contemporary American story writer who writes wickedly funny stories about sex).

The reason it won’t is that all four of our excerpted authors are struggling for clarity. Each is trying with all his might to set down exactly what is in his mind to set down. This is very difficult to do: the mind is cloudy and drifts; this idea approaches while that one turns to mist, dissolves and disappears; and is that district crowded or barren, are those big beeches comforting or gloomy, is the Thames silvery or the gray of metal, is the Middle West in sharpest focus in winter or during haying season? The right word, the right punctuation, the right rhyme or near-rhyme, the right rhythm, the right length: every choice is a choice, it is made more or less deliberately, and the purpose of the choice is to record what is in the writer’s mind. What the writer feels in his mind, because if it were already clear and exact in his mind, he would not hesitate, but writers hesitate. Writers hesitate and revise, seeking to come closer to the imperfect vision in their minds.

Out of this struggle comes that which we call style. Style cannot be imposed upon a work; it grows out of the work. It is therefore personal, unique, and identifiable. It is developed by the writer in the process of writing. 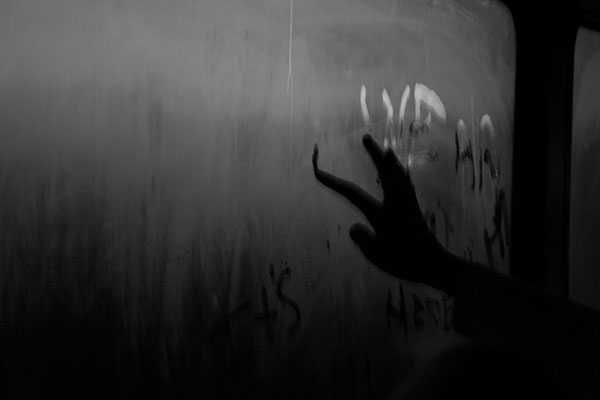 I should add that it is developed by the writer in the process of writing the story. The story must be apparent at all times. Murk will sink it. Obscurity will deter the reader. Fudging, or smudging shade into the story to disguise plot points or blocks of time or motivation will make the reader throw the book across the room. The story must shine.

What I have said about fiction is equally applicable to poetry. Poetry thrives on clarity. That does not mean spelling out what is behind every line or leap; it means making sense. At the current moment, it is true that there are poets, possibly a school of poets, who try very hard not to make sense and often succeed. Unfortunately, there is no point to poetry that does not make sense. Such poems may seem brightly new, but they have been written by various experimental poets over centuries, and the audience for them eventually wears out because most readers want something that makes sense to them. Besides, there are other ways of writing brightly new poems. The best is to pursue the poetic ideas that interest you as carefully and as far as you can. You will be surprised at what turns up.1

To write is to use your senses to convey an idea. The reader cannot see what you are describing; he or she can see only the words you have put on the page. How you use those words will determine what the reader sees. Pick the right ones and use them carefully if you want to get your idea across.

The beginning writer will stumble if he or she tries on a style. Better to be patient, then discover that a style has wrapped itself around you. A style has pieced itself together from the thinnest threads of thought, from awkwardly angled mistakes and even from indecision, and—hey, look at this: it has become a garment of meaning and, perhaps, some radiance. This is true whether you write novels, short stories, flash fiction, formal poetry, free verse, essay, memoir, criticism, biography, or book reviews. It is true whether you write literature, mystery, sci-fi, romance, or Young Adult.

For another strong paragraph, here is the first in “A Good Man Is Hard to Find,” one of Flannery O’Connor’s best-known stories:

The grandmother didn’t want to go to Florida. She wanted to visit some of her connections in east Tennessee and she was seizing at every chance to change Bailey’s mind. Bailey was the son she lived with, her only boy. He was sitting on the edge of his chair at the table, bent over the orange sports section of the Journal. “Now look here, Bailey,” she said, “see here, read this,” and she stood with one hand on her thin hip and the other rattling the newspaper at his bald head. “Here this fellow that calls himself The Misfit is aloose from the Federal Pen and headed toward Florida and you read here what it says he did to these people. Just you read it. I wouldn’t take my children in any direction with a criminal like that aloose in it. I couldn’t answer to my conscience if I did.”

In a horrible irony, we’ll find out, of course, that the grandmother’s self-serving desire to visit relatives in east Tennessee will result in her not being able to answer to her conscience. And that’s the least of it. This heart-rending, perplexing story is said to demonstrate the depth of O’Connor’s Catholic faith, but I wonder if it does, given that the end of the story is written into the beginning (that is to say, it is predetermined, as grace, presumably, is not). Nevertheless, the paragraph is superb. We hear the grandmother’s voice. We also hear Bailey’s silence. We see that orange sports section. We see the grandmother’s bullying stance contradicted by her “thin hip.” We see that Bailey ignores her. We learn about the Misfit and have a sinking presentiment that he will reappear somewhere, somehow. The primary device in this paragraph is rhythm: declarative sentences seem to whip the very air of it; they shove us into the story without preamble. Of course, the vivid details set the scene: Bailey at the edge of his chair, the grandmother standing and waving the newspaper, the grandmother’s demand of Bailey that “just you read it.” We have been thrust into this scene and can barely catch our breath. Perhaps this is the paragraph that comes closest to transparent prose, though the diction and the speed—and a sense of chaos and loud clatter that seems to surround the scene even unmentioned—definitely set the paragraph off from Hemingway, from Fitzgerald, from James, from Marcus.2 There is, in other words, style here, as well as in those other writers’ work. It’s a different style, but still a style. Flannery O’Connor did not pull it down from a shelf and try it on; she wrote and wrote and wrote and found herself covered in powerful language that let her get close to her own understanding of what she wanted to write. She could do it. So can you. •

1 Is transparent poetry possible, given that poetry involves poetic devices? Read the poems of Seamus Heaney and Gibbons Ruark and see what you think. ^

2 For prose so transparent one forgets one is reading, look up the fiction of David R. Slavitt. Start, I should think, with his short novel The Duke’s Man, a send-up of Alexandre Dumas by way of one of Dumas’ characters. It’s smart, clever, and fun. ^