The thingies can make the difference between a wonderful poem and one that’s not quite there. We want to write books that expand our view of the world, that dare to examine the relation between thought and action, that want to explore new worlds. How are thingies relevant to these goals?

You may as well ask how fingers are relevant to hands.

And perhaps you now point out that your brain has something to do with moving your fingers.

And now you point out that your heart has something to do with what your brain decides.

In short, the brainless little thingies are essential to your goal. You need to check every word and every punctuation mark. You will want to fulfill the aims of a formal poem or give us an informal poem that conveys a similar assurance. You need to check your titles, your epigraphs, your rhymes, your meter, the tenses you have used. You need to set the piece aside for a certain amount of time, “certain” meaning “however long it takes.” These are all brainless little thingies and they are crucial to the whole of your poem.

Or story. Or essay. 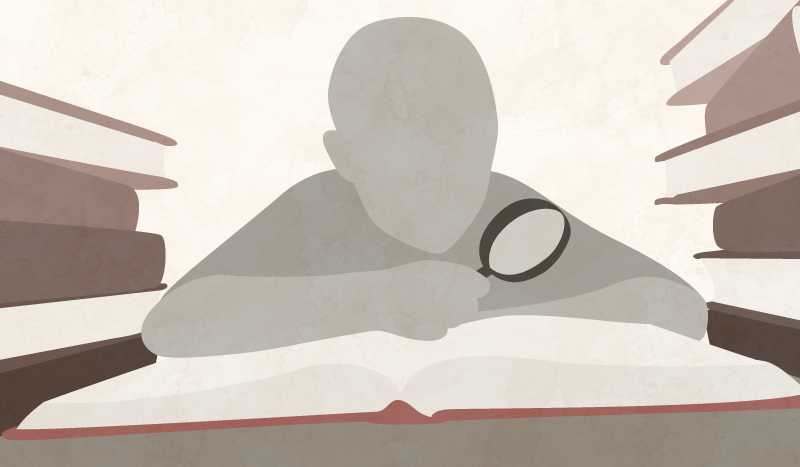 Another of the things you can do that will energize your story or poem is to pay attention to your diction. Diction simply means the words you choose. You don’t want to pull up some ridiculously outdated or seldom-encountered peculiar word, but there are heaps and heaps of synonyms for almost everything. Pick a word that suits the rhythm, that is a surprise but not so far off course that no one knows what it means, that harmonizes with the other words in your story or poem. All the times I’ve told you that if you do this or that, readers with run away? Well, choose the right word and those readers will hang on your skirts (or jeans) as if they were your own children. And in a way they are, for they are enthralled by what you have to say in those words that are like dessert. Your readers’ eyes grow wide, your readers lean in to hear you better, and, word by word, the story writes itself.

(As for diction in poetry, read Peter Balakian’s Pulitzer-winning book Ozone Journal. It will take your head off, blow your mind, make you say “Yippee” and “Hurray” and come face-to-face with the truth of things.)

No, I’m not taking back anything I’ve said about how much work goes into a story or poem. For the most part, you must write the piece. But there will be times when you feel as if a muse is putting words in your mouth. Sometimes you’ll begin writing from a voice you have not consciously selected. That’s okay. Follow that voice. In fact, there will be times when you will feel you no longer exist. And that’s the best reason of all for writing. That’s the mysterious part, the part that takes care of itself. We might also call it the subconscious.

When that happens, don’t interrupt yourself. Go, as they say, with the flow. Read Platonov’s story Soul. Andrei Platonov (his pen name) was born near Voronezh in central Russia. From the age of 13, he worked at a number of jobs. He studied electrical technology. He helped his father, who worked on the railroads and was something of an inventor. And then he began to write. He was 19, and most of what he wrote was poetry, but stories, essays, and articles also appeared, and the articles, which covered just about everything, were remarkably mature. He married and had a son and a daughter and to support them went back to work as an engineer, draining swamps and taking on the project of building a hydroelectric plant. He published a nonfiction book under the aegis of the Bolshevik Party. Eventually, he worked as an editor and contributor to magazines and newspapers. Although his life was relatively short — he died in 1951 — he completed 20 books, the last one, a screenplay. Here, though, I want to focus on Soul, a novella that is, I submit, far more existential than anything by Jean-Paul Sartre or Søren Kierkegaard. Of course, we don’t have to set these books at odds with one another. All of them are worth reading. I simply want to let those who haven’t yet read Platonov know what is waiting for them. 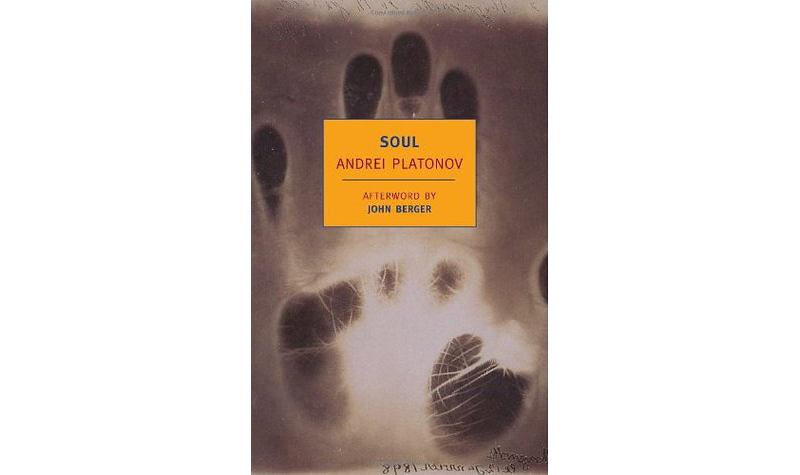 In Soul, the central character is Nazar Chagataev. He is not Russian, and he is rather young. His dissertation has just been accepted. He’s not exactly sad, not melancholic, but he’s sharply aware that his past will not remember him. Yes, that’s what I mean to say. At a final party, he notices a young woman: “Her face was like the head of a mare and was covered by large boils that she had powdered over.” He introduces himself to her and asks her to dance, even though he does not know how to dance. Later, he and the woman, Vera, walk through the city, and “her face had become beautiful now that the sun was rising in the distance.” Obviously, Chagataev is not the usual kind of guy. He marries Vera, knowing that she is pregnant by her late husband.

Then he is posted to the Asian desert. The middle of it, where he was born. He remembers the tears in his mother’s eyes when she told him to leave. Returning will be fraught with recollection, but Chagataev tries to comfort Vera “if only with his own warmth, because imaginary suffering is the most inconsolable of all sufferings and does not yield to words.”

He reaches Tashkent. There the Central Committee tasks him with locating a “small nomadic nation, drawn from different peoples and wandering about in poverty.” If you look at a map, find Sary-Kamysh, Ust-Yurt, and the Amu-Darya delta. This is Nowhere. This is Nowhere in spades. Chagataev enlightens the committee by letting them know that this area used to be called Dzhan and that Dzhan means “soul” or “dear life.” At this point, if not before, we realize we are reading a metaphor. His objective is to make “happiness in the middle of a distant land.”

What follows is Chagataev’s long and difficult search for the citizens of Dzhan, many of whom have died or are starving while others wander hopelessly without memory and/or in silence. This is a strange and bleak journey. A camel follows him, “chewing some thin bony grass. [A] small tortoise was looking sorrowfully through tender black eyes at [Chagataev].”

In return, Chagataev makes a promise to the tortoise: “We won’t leave you on your own,” he says.

Clearly, this is not our world. This world is more like something we have dreamed. And yet it is a world in which people suffer, either to endure or to die. Even the animals have feelings. “The camel followed Chagataev of his own accord, afraid of loneliness and unhappiness; sometimes he would look at the man for a long time, tense and attentive, ready either to weep or to smile, and tormented because he didn’t know how.”

Which is followed by this remarkable paragraph: “And they fell silent again. Probably they were embracing, in order to hold their only happiness in their arms. Chagataev whispered something, smiled, and fell asleep, content that between two people in his homeland already lay happiness, even if only a poor kind of happiness.” 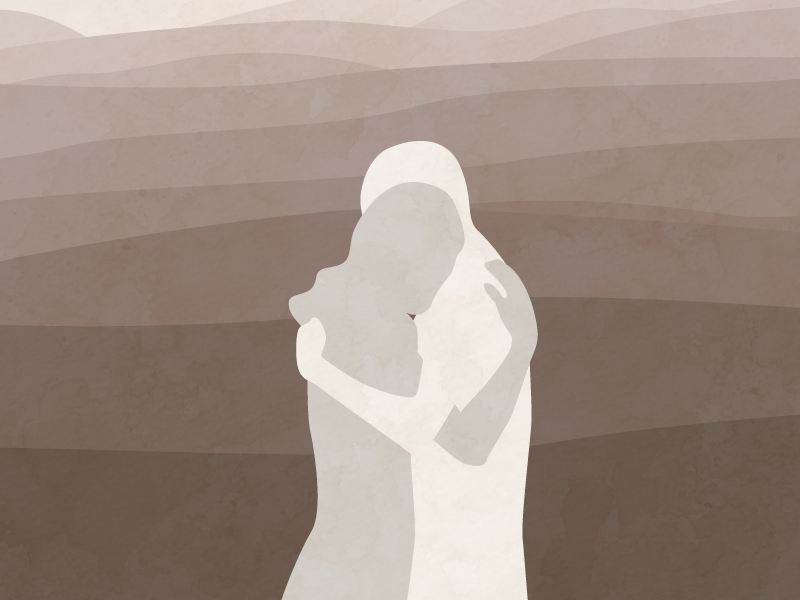 How are we to read this? Is Chagataev an imbecile? But clearly, he is not. Is life suffocating, that is, is life part of death? Perhaps. We know death is a part of life. The journey continues, people coming and going but not like a militia or union: more like zombies, though they are not zombies. Chagataev “begins to mutter words to himself, living his life as if it were superfluous to him.” Just think! People walking through the desert, leaving and returning, only rarely talking to one another, the sun beating down all day, the nights cold as snakes in a refrigerator, the stars so bright they seem to be taunting the humans.

Chagataev falls down a dune. “[I]n sleep his weak consciousness was attacked by all kinds of memories: aimless, forgotten impressions, images of dull faces he had once happened to see . . . Now he realized that all these things were intact inside him, indestructible, as perfectly preserved as precious treasures, as the possessions of a rapacious beggar who hoards what no one needs and what others have thrown away . . . These events had nowhere to slip off to [because time and change are stopped, at least when clouds obscure the motions of stars].

As for the non-humans, Chagataev “knew the direct, unbearable feelings of wild animals and birds. They cannot weep and so find comfort for themselves, and forgiveness for their enemy, in tears and in exhaustion of heart.” (I imagine the “tears” here are felt tears but not actualized tears.) “They can only act, wanting to wear out their suffering in combat, inside the dead body of their enemy or in their own destruction.”

This is existentialism with a vengeance — or would be if it were not for Chagataev. It is Chagataev who hangs on to his soul, who recognizes the souls of others. Without him, we are in a world of despair, of futility, of death. Yes, death. But Chagataev is determined to unite his people, or his former people, and to save them from the gloom that smothers our hearts. He comes close to failing, again and again, because he is so aware of the grief and helplessness that we all carry around with us. At the same time, if he were not porous to the feeling of grief and helplessness, he could not perform his mission, which is to bring everyone together. This must be the thinnest line in the world, this line Chagataev is stubbornly walking, and perhaps he is a hero. Yes, I think he is a hero. He persists in believing in love, believing that love is the essence of soul.

How did Platonov manage this novella? How did he keep it moving when so much of it is stagnant? He used details. He used dialogue. He used inner thoughts. He used a metaphor. Soul is a masterpiece, and more to the point, it is a masterpiece from which we can learn. •