You have no choice. There is no way around it. “It” being the small stuff. And if you can learn to love it, you will be happier. Face it: the big stuff is surrounded by the small stuff, to all of which you must attend. You cannot back out. You cannot trust someone else to do it for you. It comes with the job. It is your job. Sad to say, copy editors make mistakes. Even sadder to say, almost no one now knows the difference between “lie” and “lay.” Television reporters have destroyed it. Even English professors get “lie” and “lay” wrong regularly. Moreover, if you want somebody to understand what you have written, you must employ commas. Saddest of all, a complete sentence is not an incomplete sentence. (Though I sometimes write is if it were.) Oh, it goes on and on, this ravaged language of ours, the discarded punctuation — “Hello John” is not an address because it lacks the comma of address, to wit, “Hello, John” — the misspelling, the objects of preposition, the elegance sacrificed, the logic washed away and languishing beside a rope of weed next to a dying pond. How have we arrived at this woebegone place, this place where nobody knows grammar, this wasteland, this last, best place before we drive off the map? STOP RIGHT HERE. GET OUT OF THE CAR. GET READY TO TAKE NOTES. Without grammar, you are lost. With it, and only with it, you will be able to continue. To get where you want to go.

Okay. That was a mouthful. So read it again, and carefully.

You do need to pay close attention to what you are saying, or have said, or are about to say. Often, a poem will take a wrong turn (wrong only because it won’t take you to where you want to go); the sooner you become aware of this, the fewer wrong turns you will make. I’m not saying that once you realize the problem, you are safe; I am saying that this problem happens often and in each case you have to catch and correct your mistake. 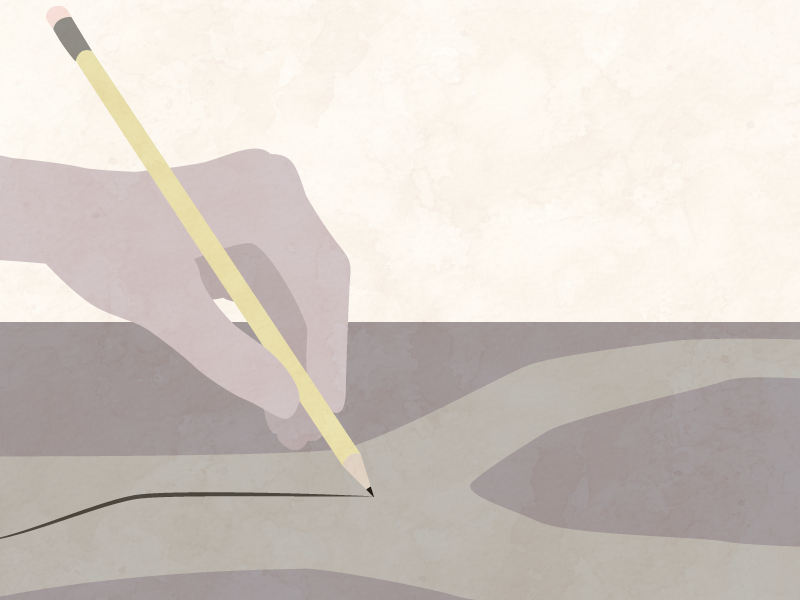 Often and in each case. What’s more, it will happen oftener as you grow older. One day you will be wearing reading glasses and stumbling all over the page. But that’s just life. It’s grammar and punctuation I’m talking about here.

There are many books about contemporary grammar. The Elements of Style is one of the good ones. It is often referred to by the authors’ names: Strunk and White. The Chicago Manual of Style offers guidelines for capitalization, italics, punctuation, and many publishers want their authors to conform to those guidelines. It further shows us how to cite quotations and provide numbers. In fact, if you are going to take on the job of copy editor, either as an employee or because you want to see that no mistakes are made, you probably want to refer to the CMS. But if you trust your copy editor, you may feel that you can leave it to him/her to check your manuscript. Or you might want to refer to The MLA Style Manual. (“MLA” stands for Modern Language Association.) You are likely to find the answer you are looking for most speedily in The MLA Style Manual, but it never hurts to check also with one of the longer texts. There are also a number of how-to-write books, and, happily, each is different from the others. This makes them more fun and more interesting to read.

Now, you are likely worried that I am about to overwhelm you and these pages with warnings about proper nouns and improper verbs. However, I won’t, if only because I wouldn’t know how to begin. If you are making a numbered list, should the numbers be Roman or italicized? Should you follow the number with a period or a dash? Look it up in one of those guidebooks. They know the answers. That’s why the books tend to be thick.

So I’m not going to answer those questions. What I am going to do is point out some blunders that particularly irritate me. Yes, me. I have a pretty good grasp of grammar and its misuses. That doesn’t mean I’ve never made a mistake, but I promise you, when I do make a mistake I’m heartsick for days or weeks. Maybe even a month.

Now I’m going to repeat myself: Get “lie” and “lay” straight. Remember that they are two different words, because remembering that will help you. Think before you speak (or write), and you will make the right choice. You know the difference between lying down and laying out the rules. The rules do not lie down; no one should ever lay down in the present tense. In fact, it is a rule that no one should lay down in the present tense.

Some people insist that it’s okay to say “I lay low.” They are wrong. They are simply so used to the term that they refuse to believe the correct sentence is “I lie low.” We do not lay low anywhere.

If you took Latin at any point, congratulate yourself, because Latin will help you with English. Let’s look at nominative pronouns, for example. You might start a sentence with “Tom and me.” That would be wrong (unless your speaker is not yourself and is using incorrect grammar because you want him to). (Or because you are old friends and have been saying “Tom and me” for years and it strengthens your friendship to say it yet again.) “Tom and I” is what you want to say, or “he and I.” Not “I and he”: it is impolite to put yourself before Tom.

To repeat: You’ll find all this information in a guidebook. The trick to remembering these rules is to use them. Use them, and they will soon become habit. If you didn’t learn them at home or in school, they may sound strange, but they aren’t and soon they won’t.

Correct punctuation is also important, although you can take more liberties with it. Periods, semicolons, and question marks are pretty simple to handle. Some people say you must never use a semicolon in a poem, but if you feel you have to use one, go ahead. Dashes are a little trickier and may be overused, but they can also clarify. Commas may pose problems. You have to look carefully to see whether a second comma is necessary and whether it needs to be inside or outside other punctuation, such as a parenthesis. Commas of address must be attended to because a mistake can be misleading. In England, a period goes outside the quote mark; here, it goes inside.

Note that “alright” is alwrong. All right is all right, already.

Traditionally, exclamation points have been used for emphasis and only for emphasis. These days, exclamation points are used to suggest irony, disgust, the idiocy of a comment, or the way someone is dressed, and so on. It will be interesting to see whether this change continues to work. Some feel it’s unnecessary, because usually we can tell without exclamation points whether we hear irony, disgust, idiocy, and so forth. My guess is that if people continue to use exclamations, then probably more people will use them, but it’s hard to know, at this point, which way writers will go. Does it matter? I’m not sure. I’m just one of those sitting in the stadium, noticing who hits what out of the ballpark.

It was in the Midwest that I first encountered the use of “If I would have known, I would have stopped it.” Apparently, some speakers are afraid of the subjunctive. What is the subjunctive? Look it up. Meanwhile, say, “If I had known” or “Had I known,” which are correct, shorter, and less confusing. Why this coinage is particularly Midwestern, I don’t know. Is it catching on elsewhere? I certainly hope not.

Given that most of us do talk, why do we need to study how to do it? Because there is a difference between elegant talk and inelegant talk and between actual talk and written talk. There is also a difference between traditional language and slang. (Slang comes and goes and undergoes changes.) We might refine these kinds of language into others: legal language, business language, mathematics, music. 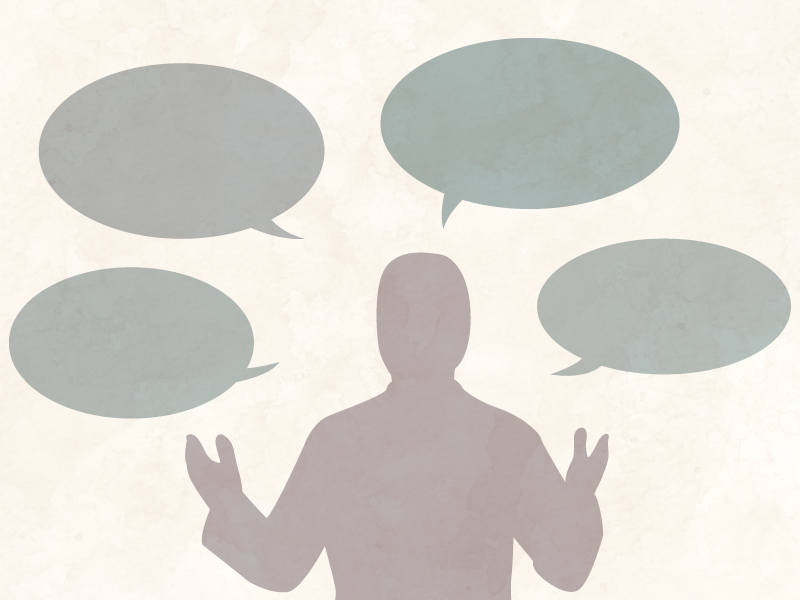 When I said writing a poem is like solving a math problem, what I meant is that you have promised (yourself, usually) to produce a poem, a story, a book even, and there are about a hundred tiny thingies you have to take care of. What is a thingy? It’s the decision to use or forgo commas. It’s remembering that if you spell a word one way, you shouldn’t spell it differently in the same paragraph or piece. It’s deciding whether to uppercase the first letter in each line of a poem. It’s worrying whether the alliteration works or if you should abandon it. By the way, are you aware that many young poets have retreated from alliteration because . . . but why have they? I suppose they think it’s become conventional. Boring. It’ s been done. Well, yes, it has, and in most cases it was a good thing to do. But if you want to throw alliteration out of the briefcase, go ahead. Just don’t be upset if the poem with alliteration wins the award. •