If you’re a character in The Ring (’02) and you watch Samara’s psychically imprinted video cassette, you will receive shortly thereafter a phone call. “Hello,” you’ll say, because that’s how people answered the a phone at the turn of the millennium, and a voice will reply, “Seven days.” You’ll either be perplexed and/or dismissive — “a prank call” — or you’ll shudder because you know you have but seven days to live unless you can overlook the ethical — nay, moral — implications and show the video to someone else who’ll then themselves have a week to resolve the same dilemma.

Night (or Curse) of the Demon (’57) is about an easily insulted warlock who murders rivals with a slip of paper inscribed with runic characters; if said paper is passed by the warlock without the victim’s knowledge, the victim is pursued by a demon for three days, then killed — unless he can return the paper to the warlock without the warlock’s knowledge. Maybe you’ve sung along with Richard O’Brien and Miss Strawberry Time’s lips at the start of The Rocky Horror Picture Show (’75): “Dana Andrews said prunes gave him the runes / And passing them uses lots of skill.” You’ll be happy to know that Dana Andrews, before his three days are up, passes the runes to the warlock.

(An aside that completely destroys the perfect little hook I just set up for myself: At the start of “Hounds of Love” [’85] by Kate Bush, a man shouts, “No . . . it’s in the trees, it’s coming!” This line is from Night (or Curse) of the Demon — spoken by the warlock’s first victim via a medium during a séance.) 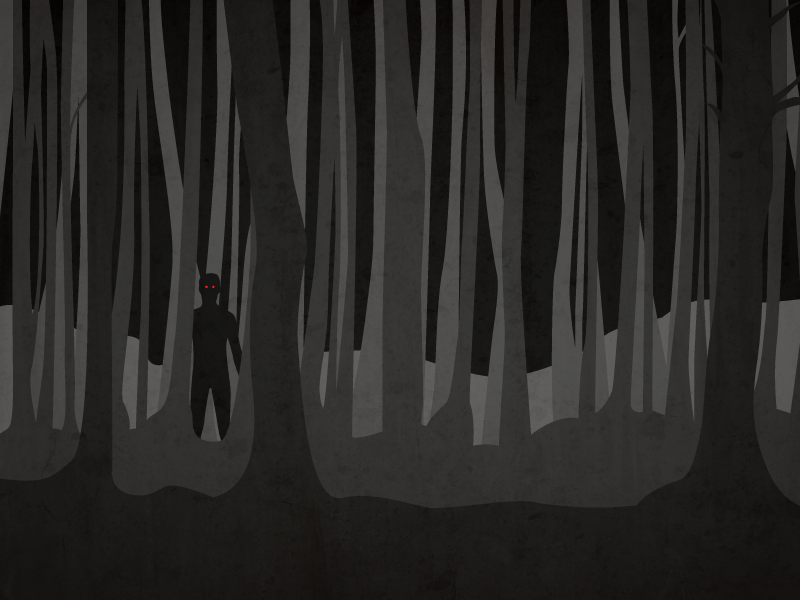 “Casting the Runes” is a short story by M(ontague) R(hodes) James. It’s the story Night (or Curse) of the Demon is based on, and it’s (probably) the best known in M. R. James’ corpus. That idea — a curse inherent in a text and activated by transmission to an unwitting recipient — is brilliant. It makes literal the ability of a text to alter the life of the receiver.

Candles are lit, the Provost [James] disappears into his bedroom; the friends talk, and drink their brandies or port, a little nervously. Perhaps someone plays a few bars on the piano, but always hesitantly, and never for long. At last, the Provost returns, clutching a manuscript covered in a spidery, illegible handwriting that might almost be a private cipher, the ink still wet upon the final pages, and blows out all the candles but one. It is gone eleven, nearer midnight, when the Provost begins to read . . .

When James wasn’t writing ghost stories, which was most of the time, he was a busy academic, “amongst the most distinguished scholars in the world,” whose “catalogues, in particular, remain indispensable to any serious scholar of medieval manuscripts and are very unlikely to be superseded” — I can’t confirm this claim, nor do I have any reason to doubt it. It’s neither here nor there. However dismissive he was of his “gentlemanly entertainments,” he published his ghost stories during his lifetime and, five years before his death, he assembled a The Collected Ghost Stories of M. R. James — I say “a” because it’s not “the” Collected under review.

Though essentially it is. Jones added just three stories written after James’ Collected was published.

Anyway, the point is . . . James did care about his ghost stories.

(A further aside: there’s also, from Oxford, Casting the Runes and Other Ghost Stories, edited by Michael Cox, a James biographer, that’s about five stories short of the Collected Ghost Stories. There are also a number of Penguin Classics iterations, including the Complete Ghost Stories volumes 1 & 2, unfortunately edited by S. T. Joshi, who seems to be Penguin’s go-to guy for horror.

(The best “complete” edition is the Ash-Tree Press volume A Pleasing Terror, edited by Barbara and Christopher Roden. It’s in that edition you’ll find this characteristically wonderful anecdote:

Unfortunately MRJ was a heavy and enthusiastic smoker. The landlord of the White Lion at Aldeburgh during his many stays there, recorded that he would carry a carpet bag with him to dinner containing ‘about 20 pipes and a half pound tin of tobacco,’ and he would ‘set out pipes about the room and move round gradually smoking each in turn.’

(That’s a footnote to “The Haunted Doll’s House.” Alas, A Pleasing Terror is out of print — the cheapest copy on Amazon is $449.95 [I suppose you could pay $9.99 and download it for your Kindle, if you’re that kind of pervert].

(There’s no need for you to buy a complete M. R. James. The Collected Ghost Stories will do. Go to a library for the other stories and his charming children’s novel The Five Jars.)

Aside from “Casting the Runes,” James’ best-known story is “‘Oh, Whistle, and I’ll Come to You, My Lad’”; it’s archetypal James. Professor Parkins is off to a seaside inn on vacation, grimly determined to work on his golf (“‘my friends have been making me take up golf this term’”). A colleague asks Parkins to “look at a site . . . and let me know if it would be any good to have a dig there in the summer”; Parkins happily accepts (“Few people can resist the temptation to try a little amateur research in a department quite outside their own, if only for the satisfaction of showing how successful they would have been had they only taken it up seriously”). Parkins is successful, and, by means apparently innocuous, summons a ghost. If said ghost seems tame (a “face of crumpled linen”), consider the permanent psychological damage done by Parkins’ encounter — it absolutely destroys his sense of what’s real. At the story’s outset, Parkins declares: “any semblance, any appearance of concession to the view that such things [ghosts] might exist is equivalent to a renunciation of all that I hold most sacred.” If you can’t appreciate why that’s devastating, then you have never really believed in anything.

And the rest of the stories?

Start with “A Warning to the Curious.” Read “The Mezzotint,” “The Ash-Tree,” and “The Diary of Mr. Poynter.” Not all of James’ ghosts are so incorporeal as that ghost who frights Parkins. Steve Duffy, in his introduction to A Pleasing Terror, describes James’ “Nasties”:

these revolve around the unholy trinity of thin, dirty, and hairy, of which the totemic beast is the spider. . . . Add to the basic mix wetness (as in the terrible mouth beneath poor Dunning’s pillow in “Casting the Runes”), and boniness, and mouldering — and malice; above all malice . . .

“Malice” as opposed to indifference. The supernatural in James means you harm. For no other reason than your own inquisitive nature.

Okay. Read “The Story of a Disappearance and an Appearance.” A nightmare Punch and Judy show, an owl at the window “holding up its wings like two shrouded arms”; the preoccupation with justice, with execution, and “with a sack over the head.” At the story’s climax, the narrator unintentionally pays to have the horror staged by a traveling puppet theater framed by his hotel window (a double staging). This is my favorite of James’ stories.

Read “Rats.” Read “The Uncommon Prayer-Book.” Take a moment to appreciate how excellent James is at writing landscape:

The walk across the fields from Kingsbourne to Brockstone was very pleasant. It lay for the most part on the top of the country, and commanded wide views over a succession of ridges, plough and pasture, or covered with dark-blue woods — all ending, more or less abruptly, on the right, in headlands that overlooked the wide valley of a great western river. The last field they crossed was bounded by a close copse, and no sooner were they in it than the path turned downwards very sharply, and it became evident that Brockstone was neatly fitted into a sudden and very narrow valley. It was not long before they had glimpses of groups of smokeless stone chimneys, and stone-tiled roofs, close beneath their feet . . .

Read “Wailing Well” — James had a sense of humor! “Wailing Well” is about a boy scout’s terrible death written especially for an audience of . . . boy scouts! From the explanatory notes: “MRJ’s obituary in the Eton College Chronicle . . . records that, after hearing the story, ‘several boys had a somewhat disturbed night, as the scene of the story was quite close to camp.’” 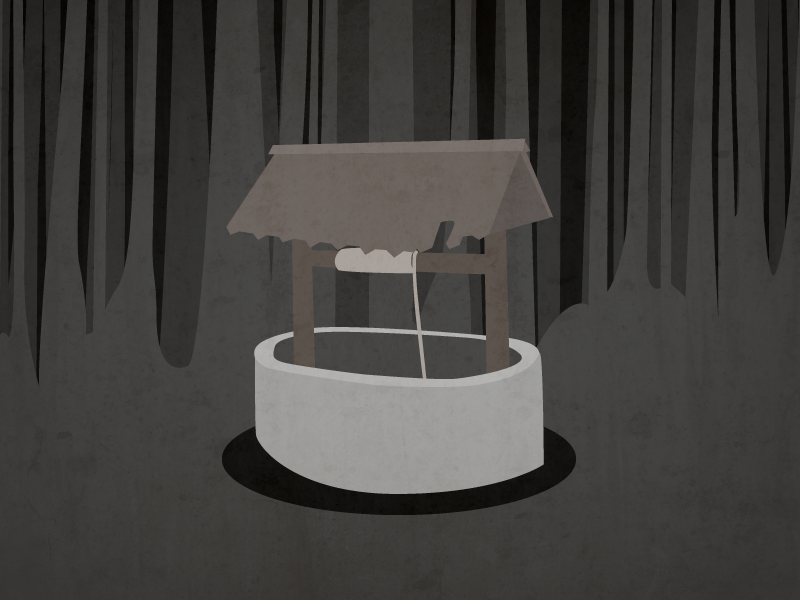 Read all the stories. “The Haunted Dolls’ House” isn’t great. (And I’m partial to haunted dollhouses. Read Robert Aickman’s The Model.) I find “An Episode of Cathedral History” a disappointing. “Two Doctors” — I reread it today! — is unsatisfactory. Yet, in every story there’s James’ wit, the descriptions of the shore, the ghost — and texts. Again and again, the scholars in James’ stories follow a text, be it a book or an inscribed whistle or a tale told by a gossip, to horror.

James knew that a texts are dangerous. Not inherently, but because we imbue our texts with magic. Make them sacred. What wicked monsters that magic can make.

While M. R. James wrote his ghost stories, H. P. Lovecraft wrote his weird tales. James was born in 1862; Lovecraft in 1890. James’ first ghost story, “Canon Alberic’s Scrap-book” was written when Lovecraft was three; the best of Lovecraft’s fiction was written in the last ten years of Lovecraft’s life — Lovecraft’s “The Colour Out of Space” was written in 1927. James published his final collection of original stories A Warning to the Curious in 1925. James was the scholar Lovecraft fancied he was, but wasn’t. Both men were uncomfortable with the 20th Century, but Lovecraft pathologically so — James found work he loved, places where he could be productive and happy, and people to love and be loved by. James knew himself. Like Lovecraft, James was (probably) gay; unlike Lovecraft, he enjoyed a mature friendship with a woman (Gwendolen, the widow of his best friend James McBryde). Neither wrote about women, except peripherally. Racist ideology doesn’t mar James’ fiction. It does Lovecraft’s.

If influence is the measure of greatness, then Lovecraft is great and James is great too, minus the role-playing games, the stuffed toys, the figurines, the t-shirts, etc. A lot is made of Lovecraft’s “cosmic” horror: a horror that comes with the realization that human beings — and you, specifically — are worthless. Lovecraft’s fiction imagines that insanity is the only response to an encounter with this reality (in whatever form it takes, be it Dagon, Cthulu, or a giant penguin).

James’ horror suggests a larger reality too. As does all supernatural horror. But James’ characters don’t live to lose their minds. Or they’re spared, as most of us are, by the reappearance of the mundane, and our eagerness to embrace it.

(A final aside: if you’re a character in It Follows [‘16], and you sleep with a charismatic boy in the backseat of his ’75 Plymouth, you’ll end up relentlessly followed. By a demon. Another curse transmitted by one who is aware of the curse to one who is unaware.

Yet, It Follows is not like The Ring, or Night [or Curse] of the Demon, or “Casting the Runes.” The difference? The curse is passed sexually, not textually. That’s a significant difference. We should discuss it, sometime. After you’ve read M. R. James’ Collected Ghost Stories.) •