The first time I have been to Valtellina was at the end of last year’s harvest season with three Italians, my other half and a couple of friends from the region. After running the Valtellina wine trail (a scenic marathon through the vineyards) we visited Chiuro to do a tasting of the heady Sforzato wine made with partially dried Nebbiolo grapes grown on impossibly steep terraced vineyards. Beer was the last thing on our minds when we entered the cellars of the winemaker Balgera. We were in for a surprise.

This was when we first heard about the making of the Italian grape ale. A long-standing family wine company Balgera and an artisanal beer company Pintalpina had worked together to make this ale, a newly classified type of beer. But we couldn’t taste it as it was not yet bottled.

We went back to Balgera early this year to taste the beer, again the four of us. As a mixed group as far as beer and wine drinkers go, we were excited to follow up on this artisanal story. Me and Luca were more into wine while our friends Andrea and Veronica enjoyed the less formal world of beer. We tasted this beer Fòrbes (means scissors in dialect of Lombardy region, forbici in Italian) at the wine estate of Balgera, with a presentation from Paolo Balgera, the fourth generation wine maker. 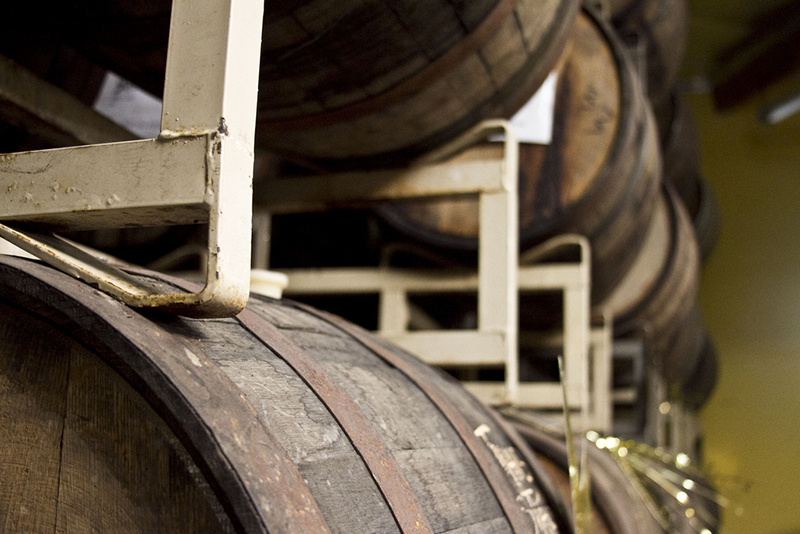 Balgera has been producing wine since 1885, in Chiuro, a village on the border with Switzerland, in Valtellina valley, a 40km long stretch of the Middle Alps. For over a thousand years people have changed the landscape here to produce wine. As the vineyards expanded vertically on terraces the length of  cultivated land stretched to 2400km. Limitations can push development. Just as we think that everything is already done in this narrow geography, the craftsmen keep surprising us with their creativity and open minds. At the door of the vineyard, a picture and a quote from Hemingway welcomed us: “wine is the most civilized thing in the world”. Although wine history is older than that of beer, fermentation is as old as any technique in the history of cooking. The label of Fòrbes has an image of a pair of vine scissors, craftfully drawn with light and dark brown colors. The bottle design reflects its hybrid nature. It is a 750ml bottle like any wine bottle, but it looks chubby and has a beer bottleneck and closure. When I tasted this orange golden beer with nice stable foam, all I knew about wine and beer taste descriptors were thrown out the window. Should I call it low in tannins and acidity, with a hint of cherries? Or slightly bitter and fresh, somewhat acidic and hoppy with some sweetness from grapes? The alcohol level at seven and a half percent is higher than a regular ale and lower than wine. And the verdict? We all loved the refreshing yet sophisticated beer and saw it fit for many occasions. “This bottle is designed to be put on the table during a dinner” said Paolo. He added that he is now working with a chef to see how to combine this beer with food. 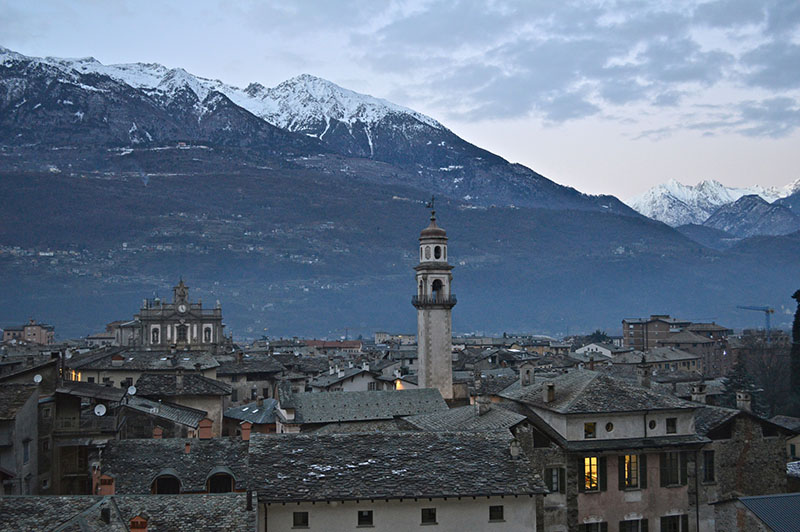 Before you get excited, let me tell you that this beer is now impossible to find, as all of the 1200 limited edition bottles have already been sold out before the labels could dry on their bottles. Why was it so popular?

Over the last few years everything we know about beer and wine changed. As we can buy wine at very affordable prices we can also find premium beers. Craft beer producers started to pop up in many countries, bringing artisanal products to an audience which was hungry for a new drinking experience. Beer no longer belongs to bars and pubs only. Beer pulled a chair and sat at the dining table, even in traditional wine countries like Italy. Beer, mead, and cider made locally are now in tasting menus of star restaurants paired with elaborate dishes. This includes Osteria Francescana (the number one restaurant in The World’s 50 Best Restaurants list) which serves the Clandestino beer carrusin, a craft beer from Liverno. 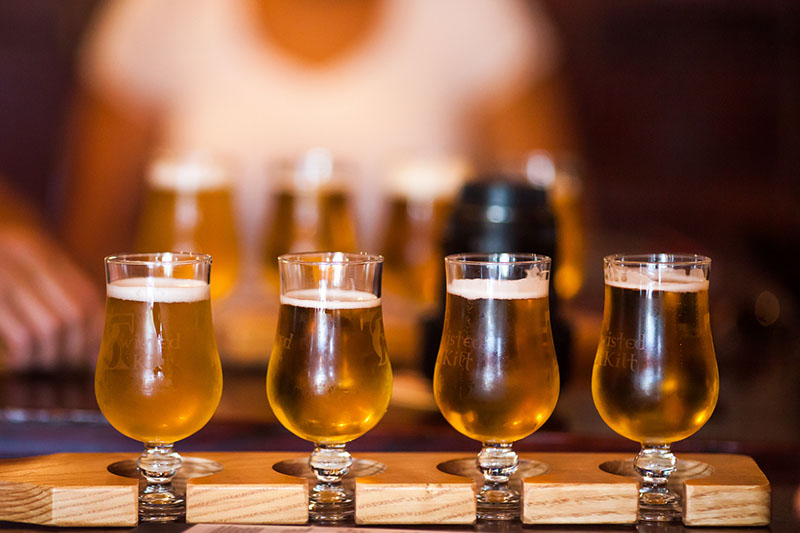 Beer culture in Italy is no news. Today there are more than 500 microbreweries in Italy. Using other grains or spices as an ingredient in beer production is also not new. Beer wine hybrids, as they are called, aren’t exactly new either. Breweries are experimenting with wine barrel-aging or using wine yeast strains in fermentation. Yet, very few of them are brewing with wine must — freshly pressed grape juice that includes the skin, seeds, and stem. What is most remarkable in the case of Fòrbes, the two companies are co-producing the grape ale. The name scissors are symbolic for this collaboration. Scissors consist of two parts to function properly. Scissors are used to cut bunches of grapes during the harvest. During the production of this beer barley is “cut” with grape must. And the result binds our group together; we all love it. 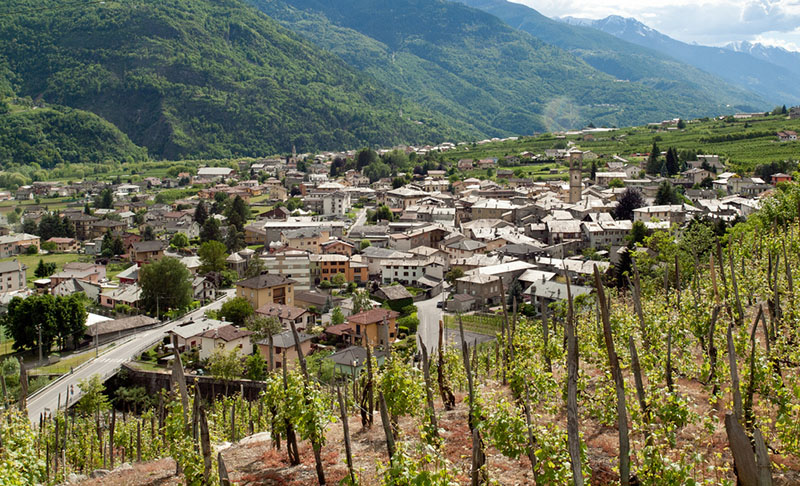 In Italy consumption of sparkling wines and beer has seen an increase in the last decade. The reasons for this cultural shift are various, tougher drunk driving fines, cost, and the wish to have lighter drinks throughout the day. . . and perhaps the search for novelty in a country where strong food traditions still dominate. The young generation is looking for new flavors and stories from both wine and beer, they don’t want to choose sides. Moreover, small family vineyards with a long history and craft beer startups have something in common, which big businesses do not have, the flexibility and the curiosity to experiment. They are in a good position to combine the traditional, local, and the artisanal with new trends. It is, therefore, no surprise that Fòrbes was born from a collaboration between one of the oldest wine producers and one of the newest beer makers in Northern Italy. Strangely enough, this beer is sold mostly outside of Italy. Paolo tells us that most of the sales are done to New York. After all, at 8,50 Euro a bottle, this beer might be still too niche for Italians to enjoy. Yet, it is a great unusual find for the Americans who are curiously watching the craft beer developments in Italy, the land of long held wine traditions. 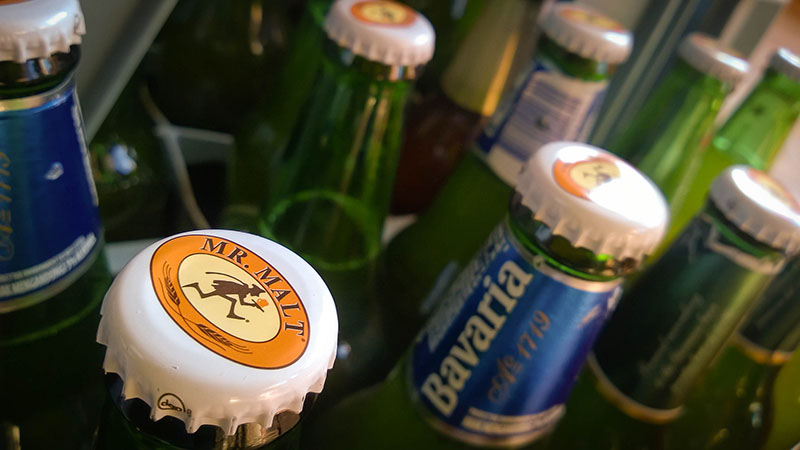 As a beer lover our friend Andrea believes in the potential of beer, “Certainly the Italian public has now accepted the beer as one of the noble ferments. They recognized that beer can offer the same pleasures of wine in more modern and experimental ways.” As beer in Italy has been gained more followers also big commercial brands are exploring new horizons. An example is Moretti beer offering in “Regional” beers (obtained by the fermentation of regional malts or even fruit and spices) in large distribution.

Will we hear about beer harvest, beer trails, and beer tourism and run the Valtellina beer trail? For some, like Andrea, it is not impossible. “In fact” he says, “I prefer beer so much that I believe it will be the focus of our wedding.” In a wedding or during a vineyard visit, we are now less surprised to taste more premium beers with a story to tell. We just have to wait for this year’s grape harvest to sip some more of this new story. •