First impressions are often so telling. Minutes from the airport I sensed the scale of the mountainous peaks and craggy cliffs. I saw houses surrounded by blazing bougainvillea and banana leaves leaving me little clues as to what to expect. The high-rise buildings are mercifully few and every perch is roosted upon right up into the hills where I spotted villages with terracotta roofs dotted amongst the patchwork of the terraced cultivation carved out of the mountainside. 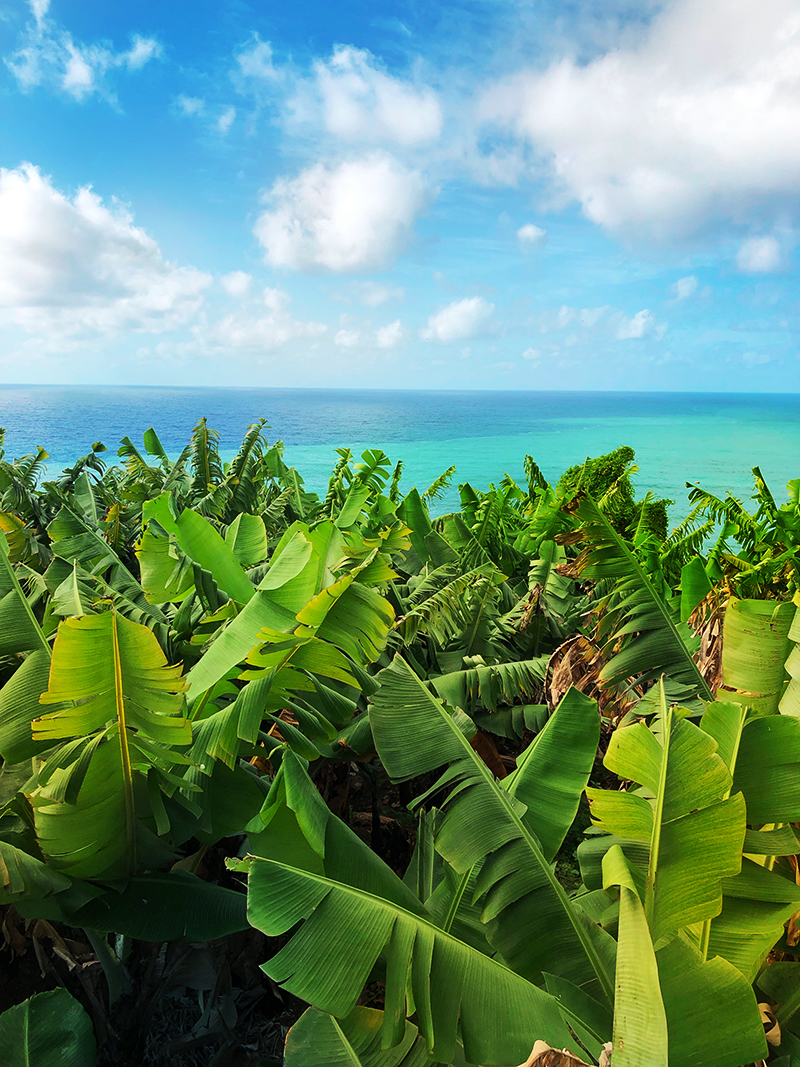 I never knew that Madeira, the Azores, the Canary Islands, and Cape Verde are known collectively as Macaronesia. Madeira herself is sub-tropical and neither Mediterranean nor on the equator and actually twice as close to Africa as Europe. It’s been a port of call for fleets heading towards the South Atlantic, acting as a gateway from Europe to the New World. In the 15th century, it became a cosmopolitan center for foreigners comprising German, Flemish, and Italian communities as they chased the sugar trade.

Funchal, the capital, isn’t really a natural harbor but it certainly does benefit from the sun’s course and the calmer water than the north. Set within the cluster of hills and the steep slopes that go all the way down to the sea are large flyovers and lengthy tunnels that bestride and connect the three massive gorges of the town. 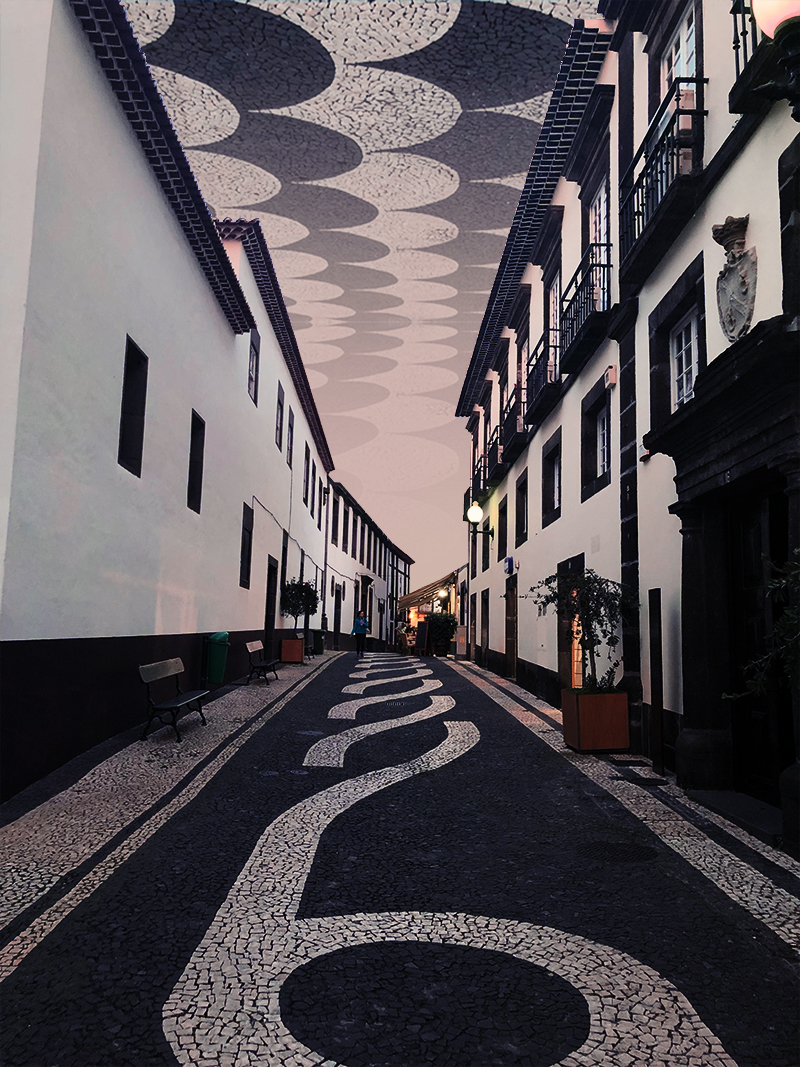 They can’t export their bananas because of EU strangulation, so the place to get them is at the town’s famous market, the “Mercado dos Lavradores,” where samples of many fruits including prickly pears, loquats, pawpaws, and durians were sliced and popped onto my clenched palm to taste, as well as four types of passion fruit, three of which I had never had before: the orange, the tomato, and the banana, the last being truly succulent and delicious. 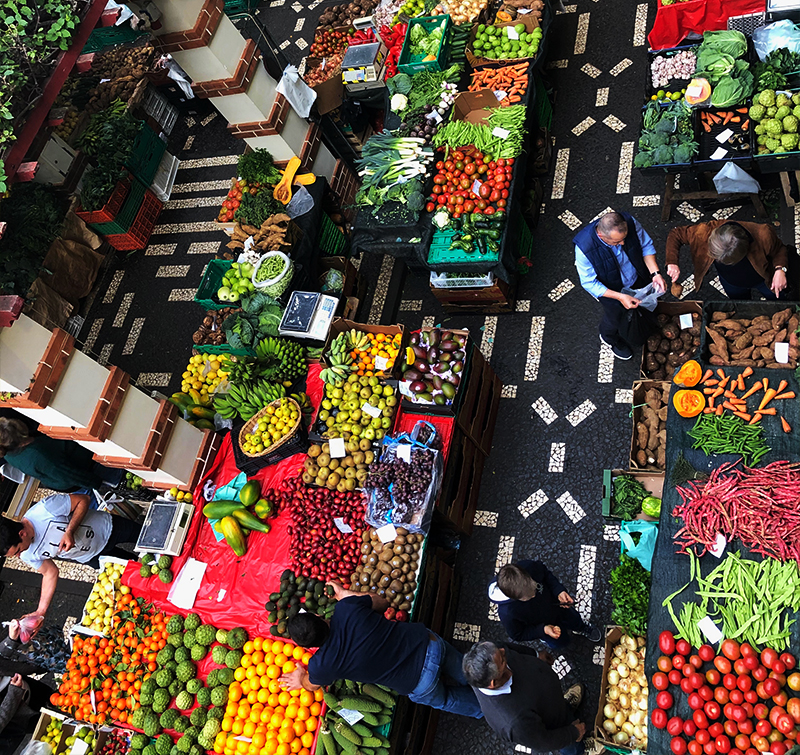 As for the locals, they exude peacefulness as open, easygoing, and mellow people. They have many preoccupations like huddling around a café wall to gamble at cards with an urgency suggesting a more sinister convocation. And in the old photos of Madeira, I was drawn to one titled The “Mergulhança” (diving), which depicts “bomboteiros,” local boys diving for coins that were thrown to them by tourists from the cruise liners of the ’50s. As for specialist occupations, street cobblers tidy the mosaic paving made from the island’s volcanic stone, embroidery is made by women called “bordadeiras,” wicker is fashioned in the nearby village of Camacha, and tobogganists have their own ritual. 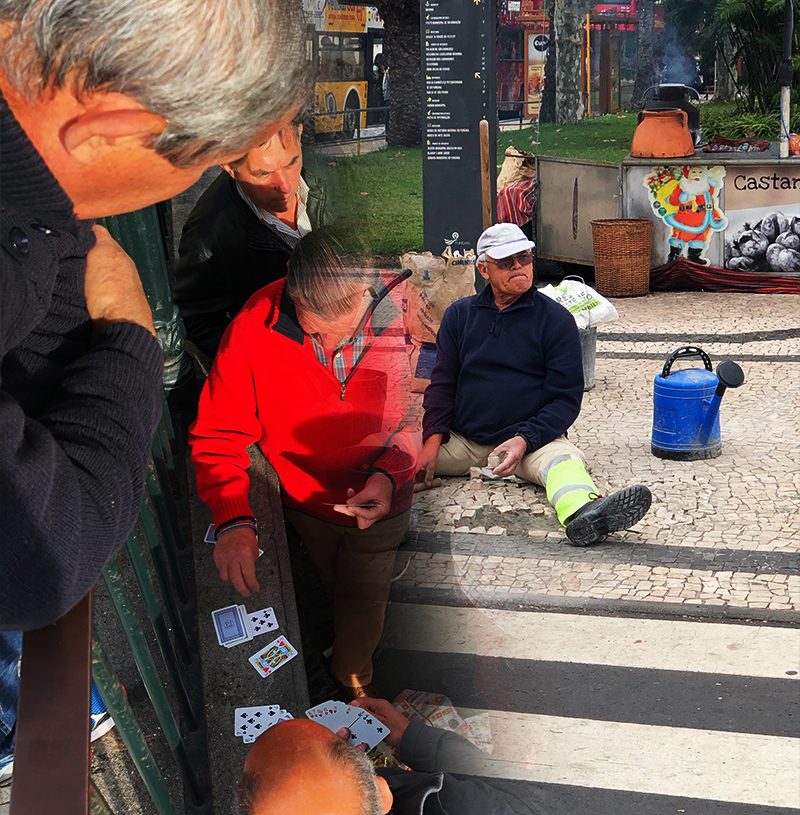 I read a lengthy Portuguese dictionary to find words to depict the wealth of her wonderful characters. I liked “janeleiro” for one who spends much time at the front window, especially a young woman who is something of a coquette, and, certainly, I witnessed an “espreitadeira”, a woman who spies on her neighbors. Luckily, I had no reason myself to spy on and identify a “pesamenteiro,” one who habitually joins groups of mourners at the home of a deceased person, ostensibly to offer condolences but, in reality, to partake of the refreshments which he expects will be served! 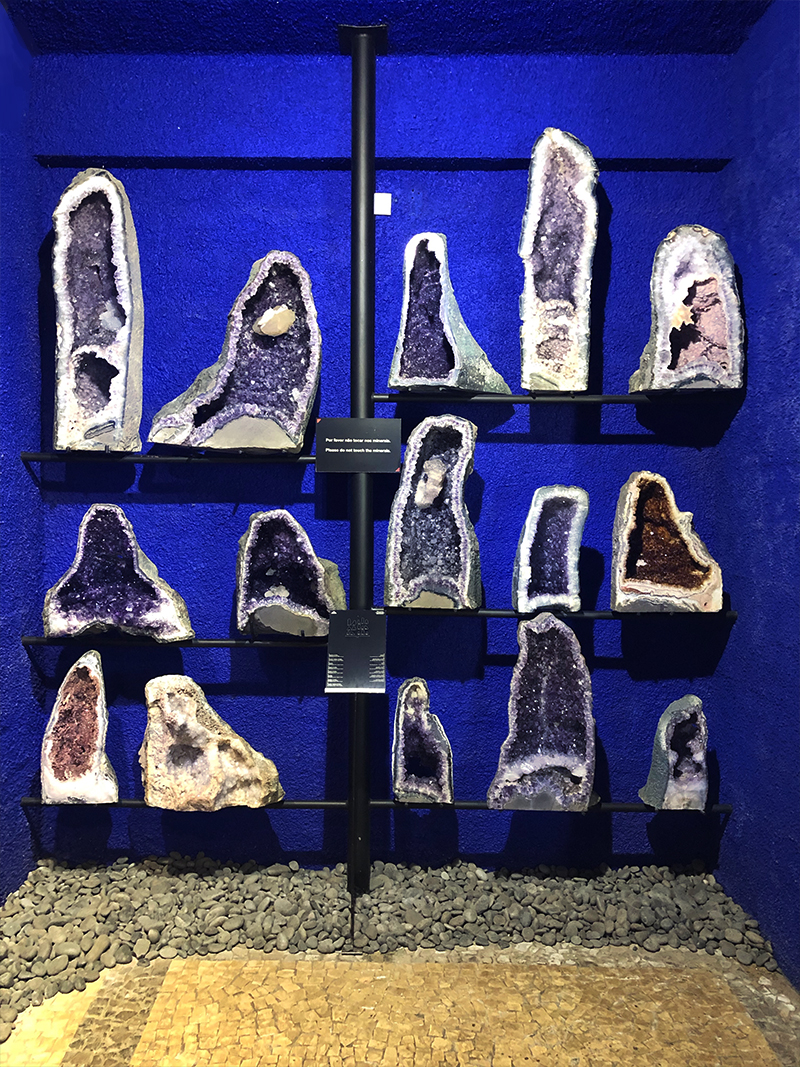 Of the many gardens and tropical plants on Madeira I loved the Tropical Garden at Monte Palace. Below there’s a museum where minerals and gemstones are inventively set against a brilliant blue wall. And further down are the tropical gardens. Here I imagined a rainforest with wild animals. At least I found orchids, azaleas, hydrangeas, sequoias, acacias, and a laurel forest while thousand-year-old olive trees hang over koi fish that can live for a century beside the resident swans and peacocks. It was so uplifting to stroll along the many elegant straight avenues of cobbled walkways adorned with niches and arches, coats of arms, and Hispano Moorish tiles. 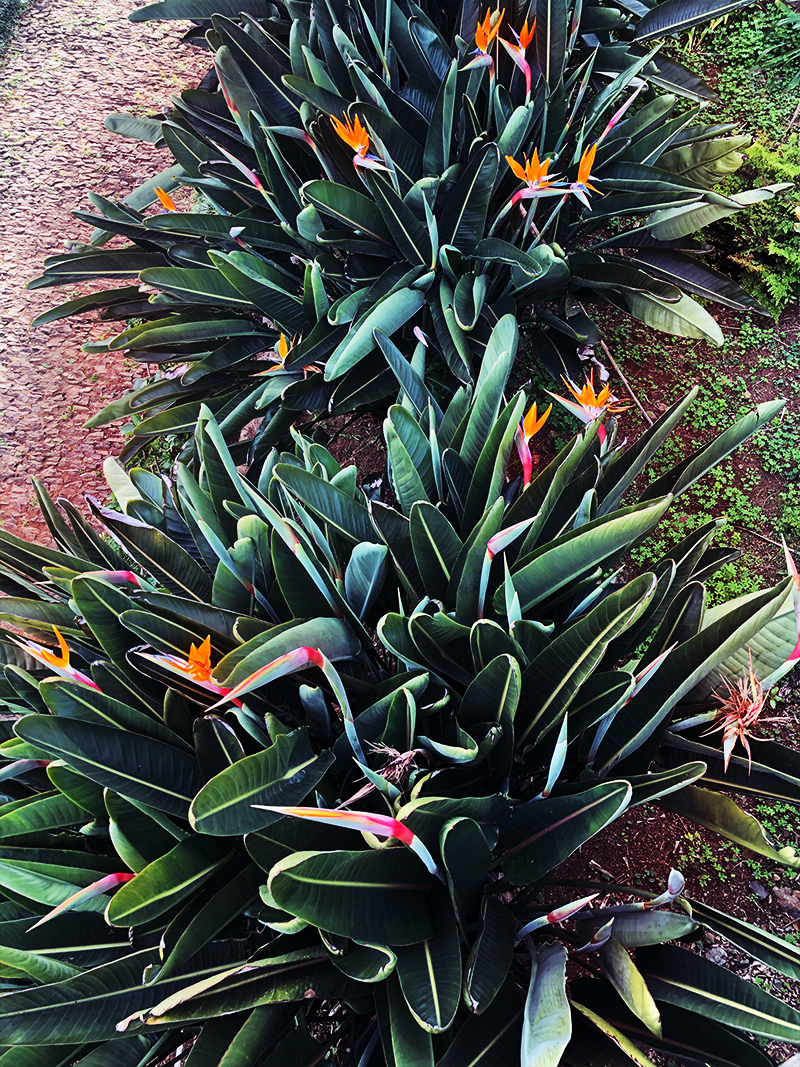 I hiked back up to the summit to the church on the Feast of Assumption (August 15th) where pilgrims climb up the steep flight of steps on their knees to pay homage to the statue of the Virgin Mary. She is placed within the beautifully chandeliered interior that houses the body of Charles I, Austria’s last emperor.

Belmond Reid’s Palace was where I was lucky enough to stay. Founded by a Scotsman named William Reid, it belongs to an elite list of the world’s glamorous, historic grand hotels, alongside London’s Ritz, Istanbul’s Pera Palace, and Havana’s Nacional. It’s steeped in history with its impressive list of many distinguished guests. 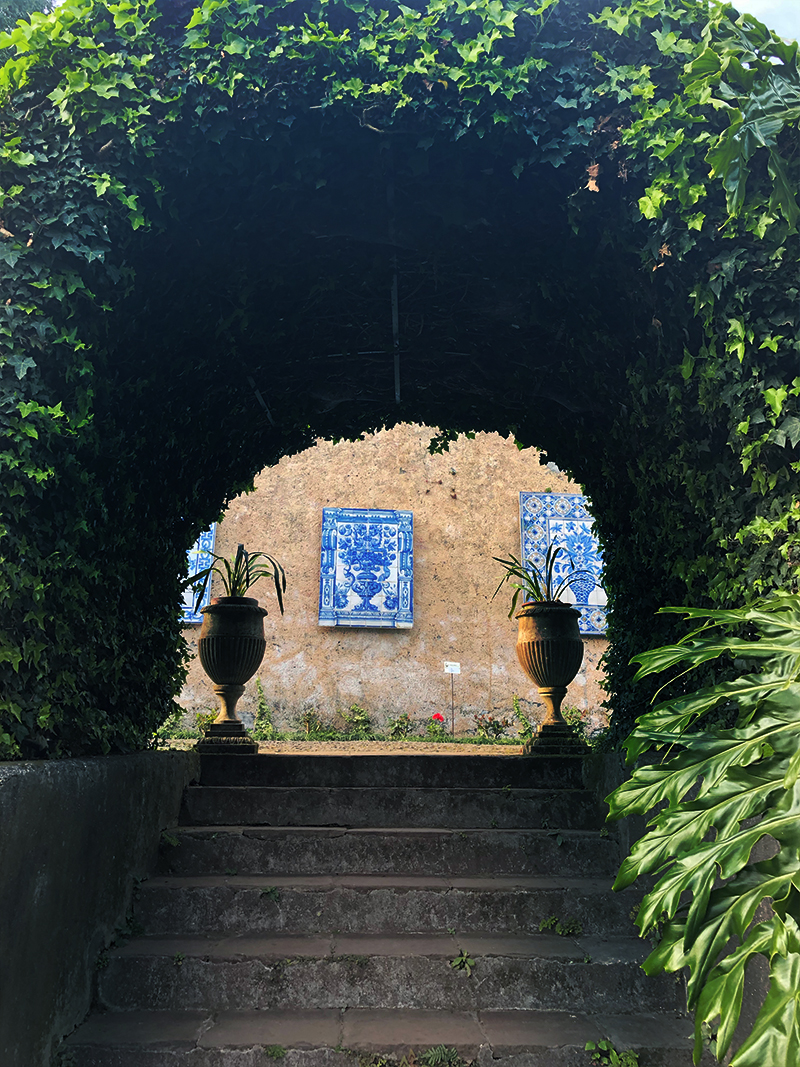 There are common rooms on several floors and Max Romer’s images are displayed along the corridors. Jazz was played one evening in the bar and a chamber orchestra performed in the ballroom the next. The scenic and stylish “done thing” is to take high tea on the balcony overlooking the amazing garden below. In stark contrast to the hotel’s overall neatness is the wild below reached by a choice of steps or a lift within a tower beside nautical pennants of the clientele’s most popular nations. It took me down to the seashore and to a tidal pool that is refilled daily by the ocean as it emits its irons of seawater. A visual delight. A fantastic viewpoint. A creative marriage of design and nature as it offered me a tailor-made experience to lie there and eat amongst the many layers of rock. Luxury and nature are stunningly intertwined. 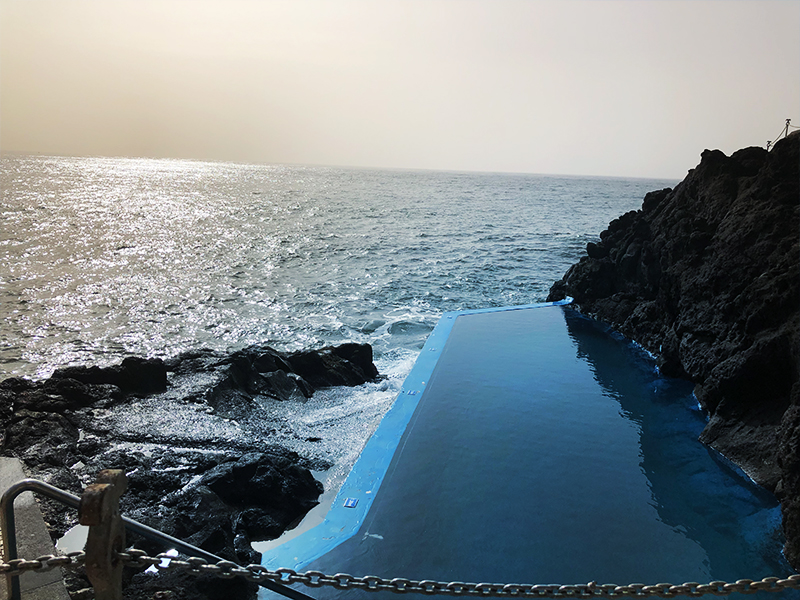 For a day’s excursion, I drove as far as Sao Vicente on the north coast. It’s easy to forget that for an island to exist in the middle of an ocean it has to have a proper mountainous spine. And it was in these Alpine-like mountains with forested valleys and grassy slopes that I found real silence only for it to be broken by the occasional baying dog. This is also the place to do the best walking and hiking, especially along the “levadas,” their historic and effective system of irrigation channels. 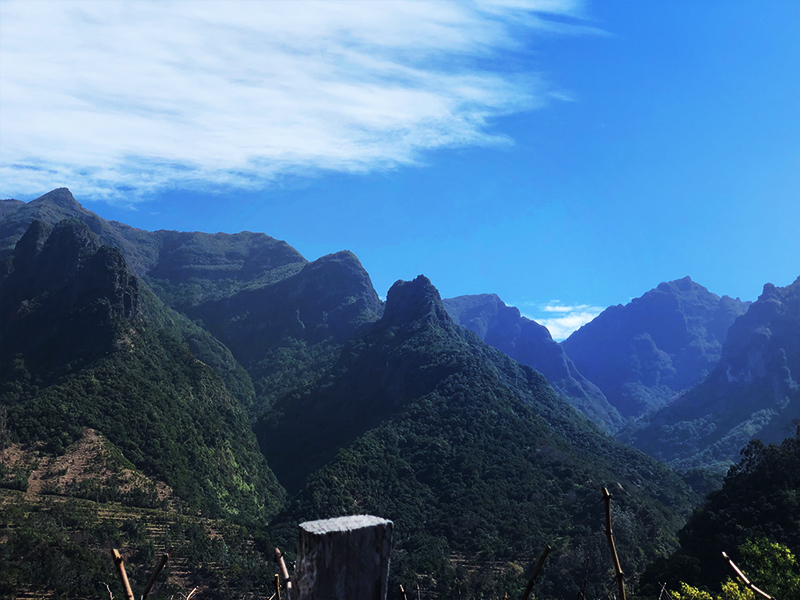 Sao Vicente bestrides ten or so miles either way from the dramatic corniche of the lunar landscape of Porto Moniz to the west and to the east, where there are traditional triangular A-framed facades of Santana’s “Palheiro” cottages with their scarlet doors and square windows, compact and cozy under the hats of their thatched roofs. 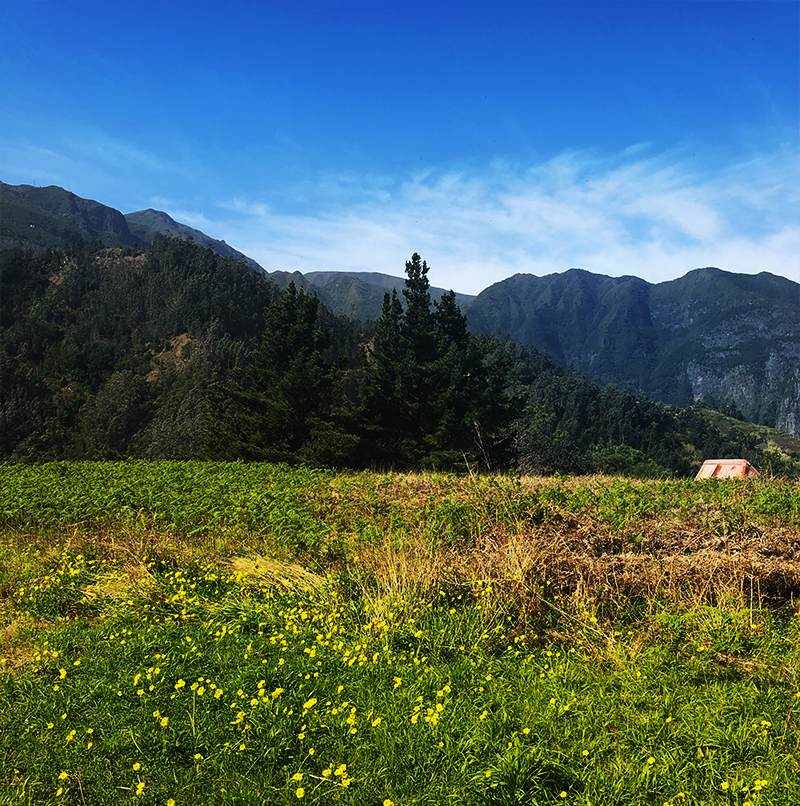 All along the north coast and the whole length of the strands, the waves unveiled like a theatrical curtain to unleash their spray. Like galloping horses, there was a thump and an explosion as they climactically hit the rocks. The sea’s fireworks! 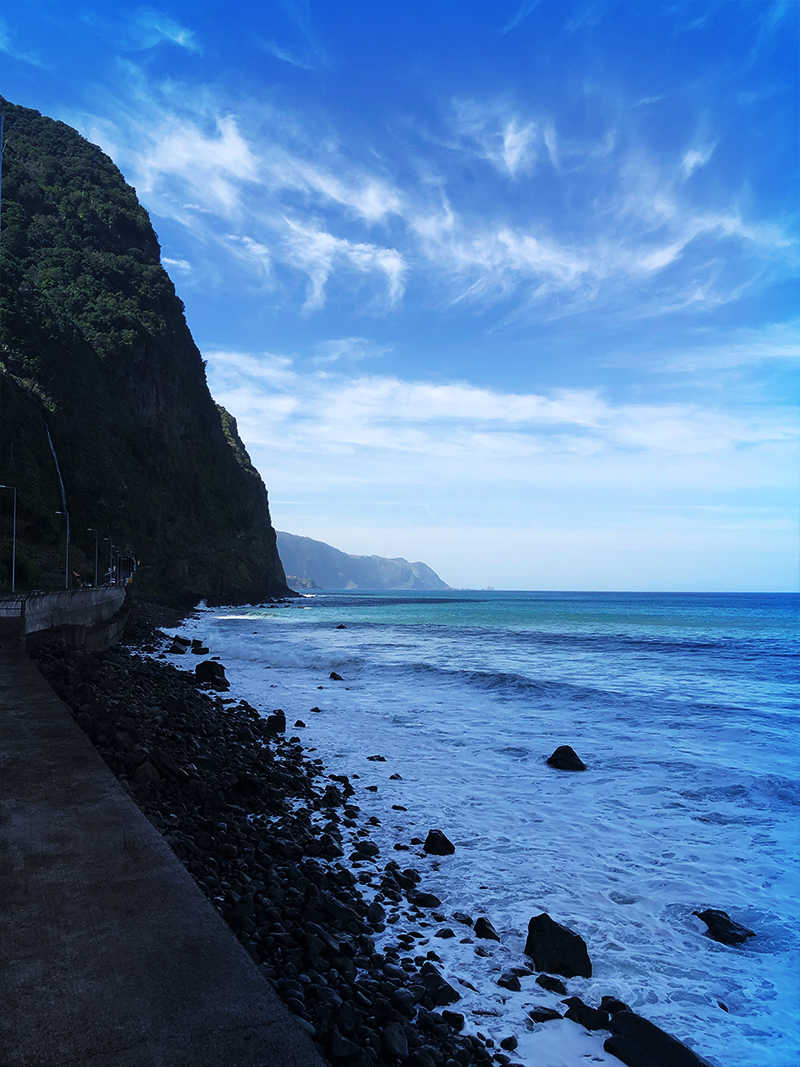 Next, I stayed at the Quinta Jardins do Lago. This newly converted hotel has blended harmoniously with its manor house origins with recent extensions housing antiques that include the original sideboard that belonged to General Beresford who was in residence, having risen to fame in the Napoleonic Wars. It’s to be found in the soothingly soft powder blue dining room and next to the parquet floors in the other common rooms. In my room, there were water seascape oil paintings, a marble bathroom floor, and a balcony and verandah that made it feel like the private house it once was. 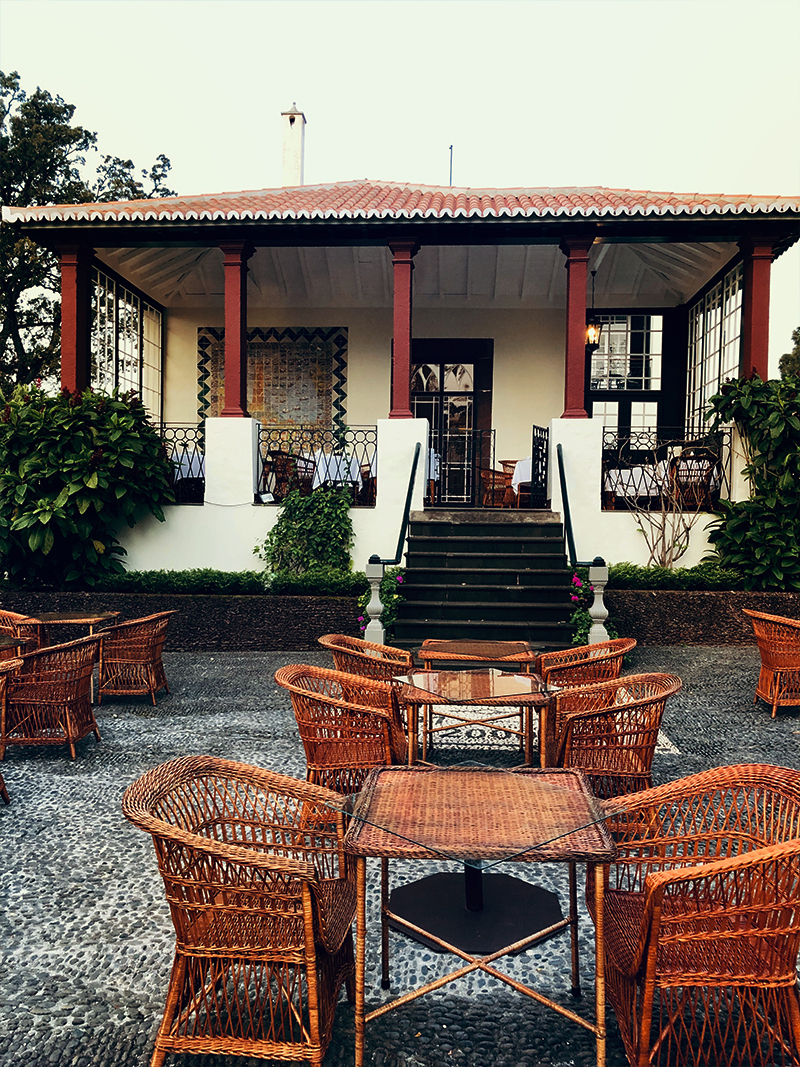 I took my breakfast outside the Jade Room beside the impressive 16th-century ceramic wall panel tucked up, as I was, in my tan-colored wicker chair, absorbing the lovely garden and chirping birds before reluctantly setting on my return leg to London. The gardens have trees with names such as “Bunya Bunya,” “False Spanish Cork Oak,” and “Turpentine,” palm trees with names such as “Chinese Fan,” “Pigmy Date,” and “Chinese Windmill,” and plants with fibrous stems such as “Giant White Bird of Paradise,” “Dragon Tree,” and “Elephant Foot Tree.” 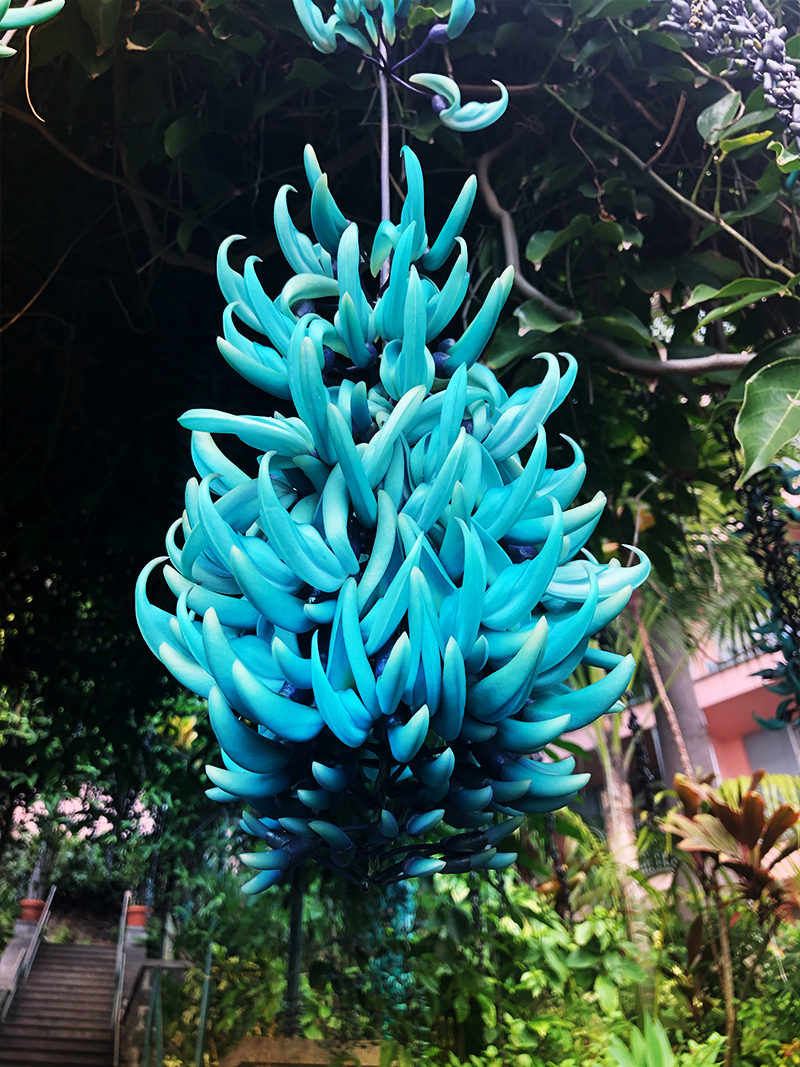 The Portuguese phrase “viajou na maionese,” means literally to travel in the mayonnaise, and figuratively meaning, “to live in a dream world” accurately sums up my experience of the leisurely charm of Madeira. •