Few cartoonists have had as varied a career as Peter Bagge, at least when it comes to his range in subject matter. He started out in the 1980s as part of the then post-underground scene, doing goofball, slapstick comics where exaggerated, cartoonish characters with rubbery limbs and mouths that seem to open at a 180-degree angle would commit shameless acts in as frenetic a manner as possible.

Eventually, he got his own series, first Neat Stuff and then the Seattle-set Hate, starring his misanthropic alter ego Buddy Bradley, a comic that benefited from the burgeoning grunge scene taking shape in the early 1990s. Here, the mania started to tone down somewhat, and Bagge’s work became more character-focused, drawing attention to sharp ear for honest — and often hilarious — dialogue.

In the years since Hate came to a close, Bagge has gravitated more and more towards nonfiction, penning a series of essays and journalistic strips for Reason Magazine and even detailing the lives of the founding fathers in affectionately satirical form.

More recently, he’s produced a series of slim biographies on trailblazing 20th-century women like Zora Neal Hurston and Margaret Sanger. The latest entry in this series, Credo: The Rose Wilder Lane Story, came out this month.

A longstanding libertarian, Bagge has a deep-seated distrust of intrusive governmental programs, tax-sponsored boondoggles (a collection of his Reason strips is titled Everybody Is Stupid Except for Me), and a deep affection for those who attempt to buck the system. It’s no wonder that he would be attracted to folks like Sanger, Hurston and Lane: tough, no-nonsense women that fought against societal restraints and staked a claim for themselves and their beliefs, regardless of whether they were getting attacked from the left or the right. 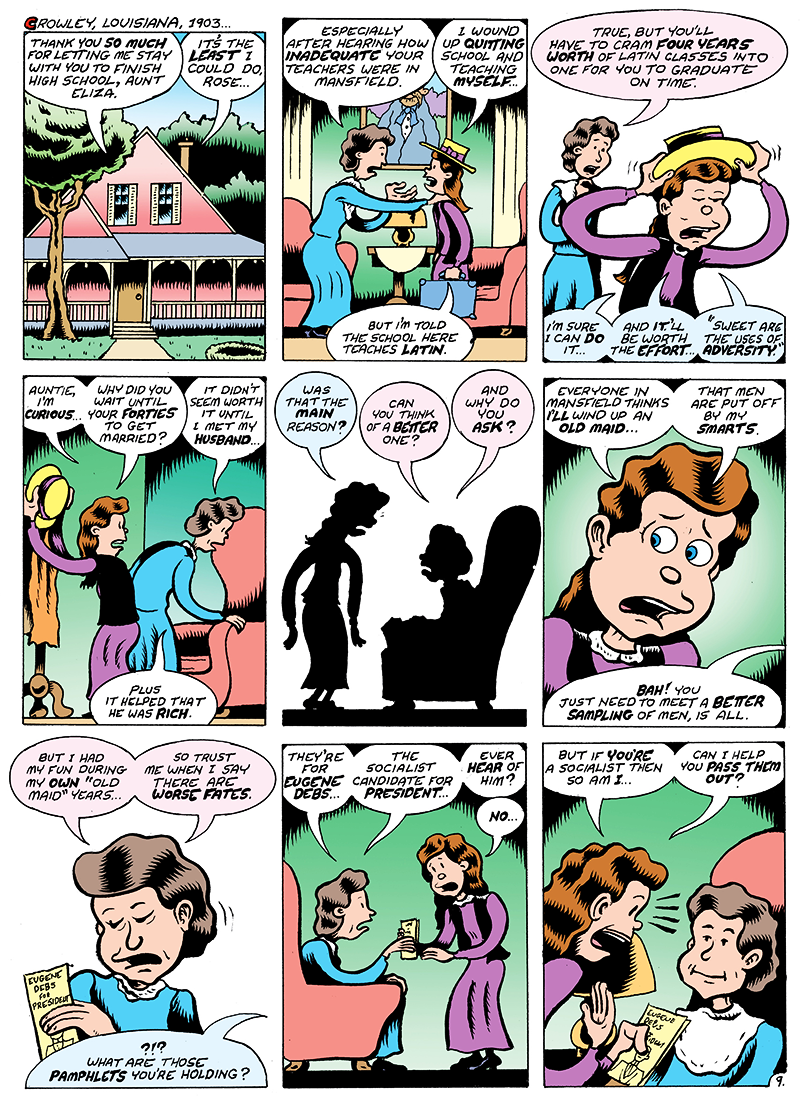 Part of Bagge’s motivation with these bios seems to be to set the record straight — blasting far-right myths about Sanger, revealing Hurston’s distaste for white liberalism — and that seems to especially be the case in Credo. That’s not terribly surprising, given the controversy that’s surrounded her in recent decades over how much influence she had in helping to write her mother’s beloved Little House series of children’s books.

While Bagge does not shy away from the Little House debate, his focus is primarily on Lane’s own writings and life. An iconoclast by any measure, Lane regarded social security as a Ponzi scheme and deliberately stayed below the poverty line so she wouldn’t have to pay income taxes. She hobnobbed with proto-libertarians like Ayn Rand and Isabel Patterson, wrote essays for the black newspaper The Pittsburgh Courier condemning urban renewal and over-policing, traveled the world, and penned various novels and political essays all while juggling her extremely dysfunctional relationship with her mother.

Bagge is clearly sympathetic to Lane and her beliefs, but the book is far from a hagiography. Temperamental and plagued by sharp mood swings — which were quite likely the result of a bipolar disorder — Bagge paints Lane as both strident and mercurial, given to smothering younger people that fell under her spell (she was unable to have children) while demanding too much from her friends and lovers. 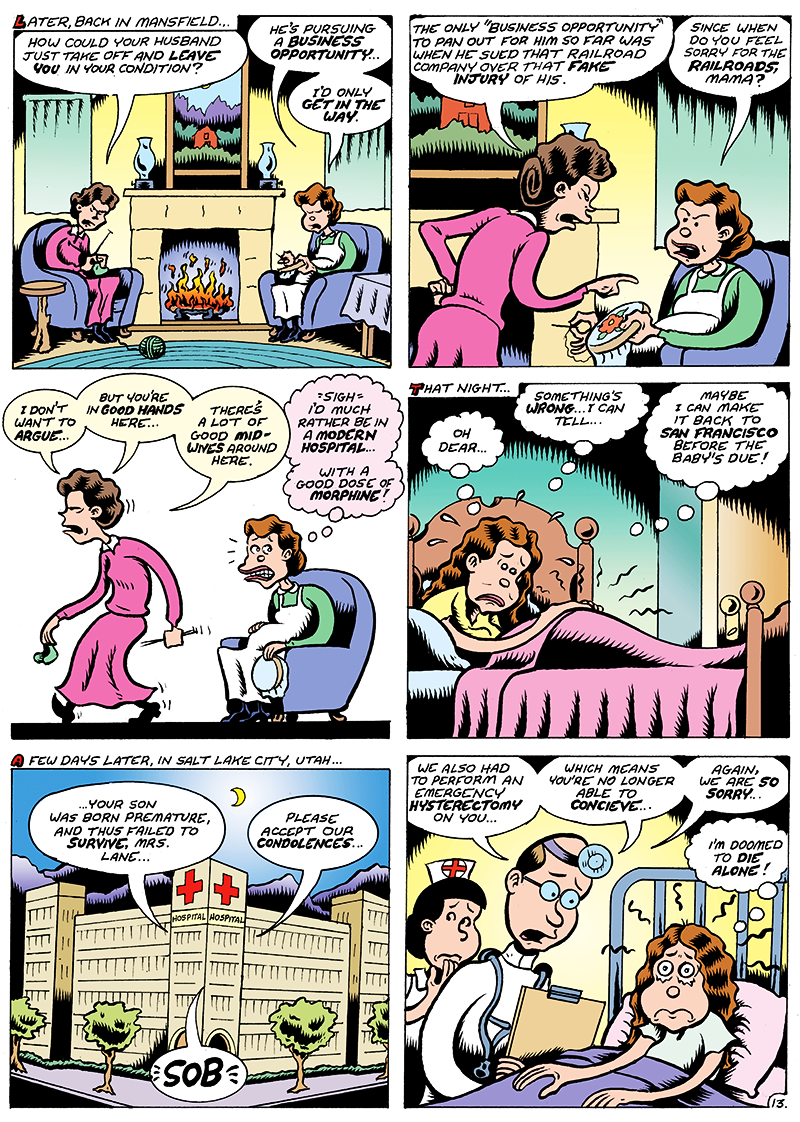 As with Sanger and Hurston’s books, Bagge adopts an episodic structure, highlighting various important points with each sequence only taking up a page or two at most and usually ending on a joke or rimshot-like denouement. Thankfully, delving into historical and political themes have not dampened Bagge’s considerable sense of humor one iota, and his comedic timing goes a long way towards making some of the exposition dumps more palatable.

Perhaps the most impressive thing about Credo and the books that preceded it is how Bagge has been able to produce an engrossing, well-researched (there are copious notes in the back) biography without having to drastically alter his artistic style or mute his comedic gifts. The rubbery limbs and bug-eyed expressions remain intact, but effectively underscore the drama instead of subverting it. Regardless of your feelings towards Lane’s politics, Bagge makes the case for her being a noteworthy and at times even admirable figure. •