Awaking aboard the International Space Station, astronauts must dress for a long day of research, maintenance, exercise, and other tasks. They don their “icon shirts,” custom-tailored garments with interchangeable “swatches.” Some swatches allow them to map their positions within the ISS, allow them to communicate with ground control, and others record and transmit their vital signs. After fixing the swatches appropriate for the day’s agenda to their icon shirts, the astronauts are prepared for work onboard the space station. Of course, when they venture outside of the ISS for experiments or repairs, they must also wear special equipment, like a spacesuit and a “personal warning harness,” which alerts them to any danger of being struck by stray debris.

As innovative as that wardrobe sounds, it’s far from the current reality. Aboard the ISS, crew members typically wear polos and cargo pants. In space, they wear suits similar to the ones worn by their predecessors in the 1960s.

But NASA has been trying to upgrade its astronauts’ wardrobes — particularly through collaboration with designers and researchers. Rebeccah Pailes-Friedman, one such collaborator, is a professor of industrial and fashion design at the Pratt Institute, where her students worked on prototypes for NASA, sewing and soldering their ideas for what astronauts’ clothes should be. We spoke about the challenges they faced, as well as their proposed solutions. Our conversation has been edited for clarity and brevity.

Arvind Dilawar: What was the genesis of your collaboration with NASA?

Rebeccah Pailes-Friedman: I feel like the intersection of art, design, and technology is incredibly exciting, and I wanted to give my students an experience in technology that would inspire them to continue to work in the intersection of those fields. When I developed the wearable technology class, I went about it looking at the project holistically — I don’t want [the students] to become computer programmers, I don’t want them to become electrical engineers. I wanted them to learn appreciation and how to collaborate with those people altogether.

I was searching for a project that would inspire both the industrial designers and the engineers. I wanted something that was going to make both teams very excited to work on this project. And it’s like the real world, right? You have a client and a collaboration to solve a problem for the client. In this case, NASA was the ideal client. Everybody is so excited about working for NASA. You just say “NASA” and people get thrilled. 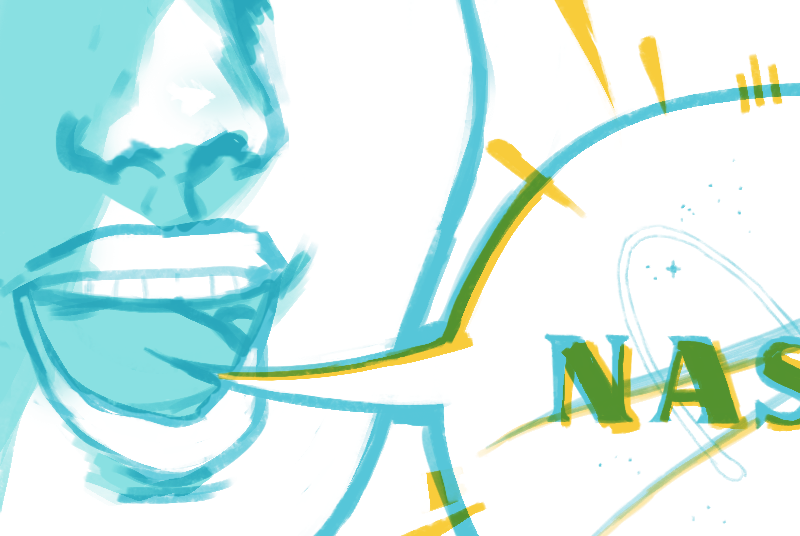 AD: What was the biggest difficulty in designing things that are meant for outer space?

RPF: The most challenging thing was imagining the environment because you don’t walk anywhere, your feet float. You don’t ever sit, you just sort of hover in this semi-fetal position. You get around with your hands. These are things that everyday clothing never has to consider. So we designed things like the “icon shirt.” The back of the shirt has a longer length than the front of the shirt because, if you’re always in a fetal position, you need more length in the back. You need things where your arms are free, your wrists are free because you’re using your arms and wrists a lot. A lot of the solutions we worked on were thigh and leg solutions because, even though it doesn’t seem like it when you’re standing, if you’re in a huddle, you can see everything on your thigh. Those are things we took into consideration.

We spent a lot of time doing research and watching a lot of videos, really trying to understand what life was like [in space] and what could we do to help with the ergonomics. They don’t really see a lot of colors when they’re in space or they don’t get the same type of stimulation that we’re used to, so we thought a lot about how could we use color, how could we use comfort, how could we use things to actually make them feel good in their wearable technology.

AD: Was that a request from NASA?

RPF: No. I just don’t feel like it’s the first thing that comes to their minds. I feel like they want to be comfortable, but they don’t spend a lot of time thinking about what is comfortable, can this be comfortable? That’s really a design approach. They outlined the functionality of the “swatches,” the fact that they had to come on and off easily, what the swatches were actually going to do, why it was going to be more efficient. Those were all very tangible outcomes that they were looking for, and we took it to the next level. Is it only going to be for men? Is it going to be for men and women? Is it going to be flexible? Is it going to travel well? Is it going to be able to stay up there? Nothing ever gets washed, there’s no laundry. You wear it and then that’s it. So can we incorporate things into the fabric where it can be used for a long period of time without needing any sort of care? These were things that we brought to the project.

AD: How did you tackle the problem that it’s never going to be washed?

AD: For the swatches that snap on and off, a lot of them are for passive experiments, where astronauts can wear them and go about doing other things while still collecting data. Could you give me an example of what those experiments might be?

RPF: One is carbon dioxide sensing. Without any circulation on the International Space Station, you can actually suffocate because you cannot get enough oxygen. Your exhaled carbon dioxide will just hover around your face. So it’s really important that they wear carbon dioxide sensors because maybe they won’t otherwise notice. Sometimes even when they sleep the carbon dioxide can “puddle” near their faces. 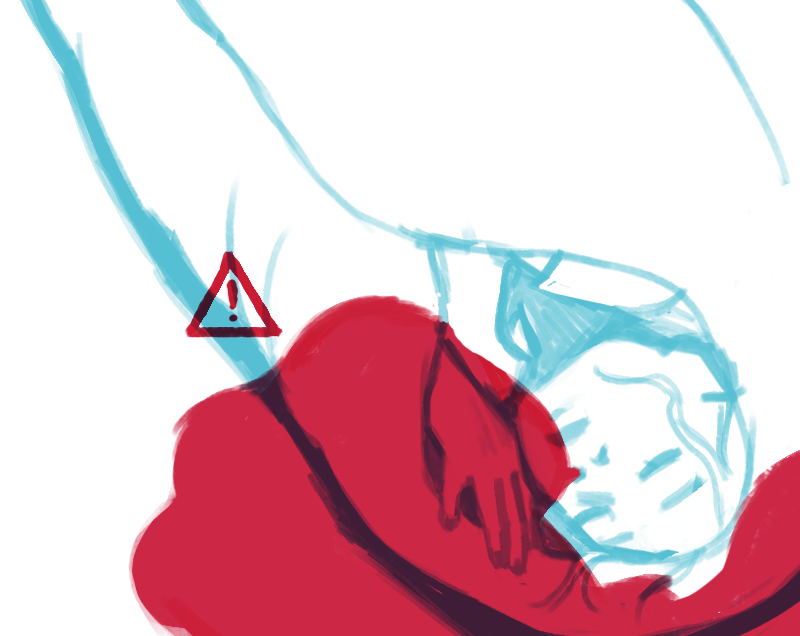 AD: A lot of the components are 3-D printed. Why?

RPF: It’s easily customizable. And let’s say one of them breaks: You can easily replace the part. It was also a way we could figure out a hardcover. Electronics can be sensitive. Especially if we’re doing a proof of concept where the electronics aren’t necessarily woven into the fabric, we wanted to be able to open it, do anything to repair it, close it again. If it broke, they have a 3-D printer in space to 3-D print a replacement part.

AD: What was the “personal warning harness” for?

RPF: This was the scenario that these students used: Let’s say there’s something approaching the ISS from the outside — let’s say an asteroid, space junk. This would be a warning sensor to the astronaut inside to let them know that something was approaching.

Especially when astronauts first get to space, it’s very disorientating because there’s no up and down. We don’t really think about it because we orient in the context of our body — head is up, feet are down — and gravity. Without gravity, our head is still going up, but is it actually up? It could be down, so you need to know. There were a number of projects that worked on the orientation helper, and they solved it different ways. Sometimes they did it with little chips in the doorways, so when you passed from one compartment to the next it would give you a readout.

There’s one more orientation helper that I thought was really interesting — the one for your ankle. Let’s say you’re floating from one compartment into the other, you could almost put your foot out to get a read from the RFID. You could just wave your foot and look on your thigh and figure out where you were.

AD: Do you see any of this technology trickling down into people’s everyday lives?