At first glance, Bull Durham doesn’t seem like the kind of movie that would get the Criterion Collection treatment. A cinephile’s delight, Criterion is usually associated with more esoteric films: their staggeringly comprehensive editions of the works of Ingmar Bergman and Josef Von Sternberg are alluring indeed, but not what you’d call mainstream fare. Kudos to Criterion for being open-minded enough to notice how progressive, subversive, and worldly-wise Bull Durham really is. Brilliantly written by former minor leaguer Ron Shelton, the film shows authentic affection and respect for America’s pastime but doesn’t shy away from the deeper questions that go beyond calling balls and strikes. Bull Durham is a thinking person’s sports movie, containing a deep, unapologetically intelligent and mature understanding of the world both inside and outside the ballpark.

We follow the The Durham Bulls, a very minor league baseball team based in North Carolina. Most of the players know that they aren’t destined to be superstars, nor are they meant to be, which is mostly just fine by them. They’re in it purely for the love of the game, enjoying the laid-back camaraderie of athletes, content to horse around beneath the bright lights on warm summer evenings. Choosing to focus on this often-ignored aspect of the sporting life is particularly pointed, since the mid ’80s was a time just before baseball (and sports culture at large) got a metaphorical (and, it must be said, quite literal) shot in the arm, causing salaries and egos to run amok. The amiable Durham Bulls aren’t obsessively driven to be champions, which flips the implicit triumphalism of most sports movies on its head right off the bat, so to speak.

What Bull Durham is far more interested in is exploring how a player (and, by implication, a person) must learn mental and emotional discipline in order to grow. The film is much more concerned with questions of maturity, how to train the mind equally as much as the body, than merely winning at all costs. The cocky, hotshot rookie Ebby “Nuke” LaLoosh, played with knowing ridiculousness by Tim Robbins, has a fastball that just about breaks the sound barrier but, crucially, he doesn’t know the first thing about controlling it. Nuke is just as liable to strike out the side as he is to start beaning people in the stands, which might be entertaining for a little while but puts the kibosh on any hopes of helping the team, let alone his making it to the big leagues, aka “the show.”

Enter Crash Davis, the worn-out veteran catcher who sardonically but accurately announces himself as “the player to be named later.” Davis knows the game with a journeyman’s expertise but has had to come to grips with the hard fact that he just doesn’t have the stuff to make it to the show. He’s reluctantly tasked with mentoring the doofus LaLoosh in the real rules of the game. Davis is clearly the star of the movie: he provides old-school gravitas as well as some of the script’s best lines, from a screenplay chock full of great ones. Costner is serviceable in the role, but pretty much anybody would have been if given a script this good. I’m sorry, but Costner’s cheekbones are more expressive than any of his acting choices. Dances with Wolves, which Costner produced and starred in the year after, hasn’t aged very well and proves once again that winning a bunch of Oscars doesn’t mean jack as far as cinematic quality is concerned. Let’s not even go into the endlessly heckleable Waterworld or the four-hour insomnia cure The Postman. Some actors are able to portray stoic, world-weary gravity through accrued grit and honed talent — others were just born looking the part. 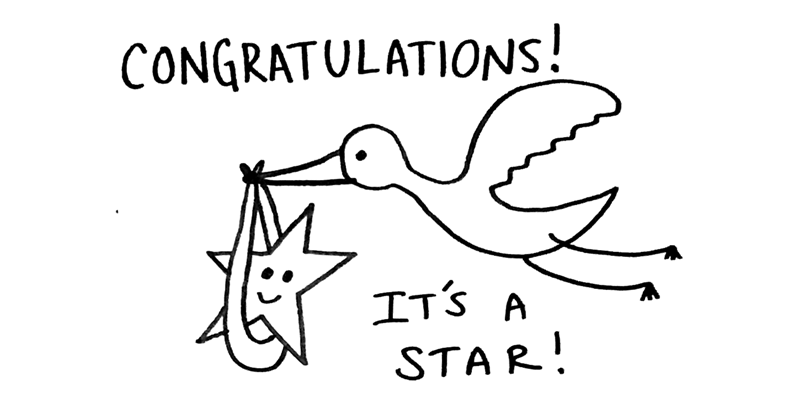 Speaking of looking the part, Susan Sarandon’s sophisticated lady Annie Savoy is the most complex character in the movie, which is another subtly subversive choice. Showing the woman as the empowered one in a love triangle isn’t something we see all that often. Particularly for a movie about a masculine institution like baseball, giving a woman this much agency over her sexuality and not punishing her or making her apologize for it is quite a surprisingly feminist, progressive gesture. An outspoken progressive activist, Sarandon once said that this was the reason why she lobbied so hard to land the role.

Annie has an interesting relationship to the Bulls. Every summer she’s in the stands with her binoculars, expertly filling out box scores, rooting hard, and knowledgeably critiquing the ballplayer’s technique. She selects one player per year to take to bed, but her involvement doesn’t end in the purely carnal. Annie is unabashed about fulfilling her (occasionally rather kinky) desires, but Sarandon imbues her sensual Southern belle with a sense of class, taste, and coolly subtle dignity. Deeply literate, Annie educates and trains the young recruits in the finer things in life, reading them Walt Whitman’s poetry in bed. Wittily redefining Whitman’s phrase, Annie is the self-styled “teacher of athletes” and makes men out of gawky rookies by educating their minds and their bodies simultaneously. It’s a very grown-up attitude towards sexuality that runs rings around most movies’ (particularly sports movies) puerile, win-the-trophy approach to sexuality. Annie is a flesh and blood woman, with brains to match her earthy sex appeal, not The Natural’s preternaturally supportive angel or a man-child’s wet dream, as in Fever Pitch.

This is another way in which Bull Durham stands head and shoulders above most other movies of its type — it’s not afraid to show that sports require brainpower to function at their best. The characters (apart from Nuke, of course) are consistently shown to be smart, funny, and conscientious, precisely because of and not despite the fact that they play sports. It’s a wonderful insight that says a lot about the true nature of all sports — watching and playing them can be a very intellectually fulfilling experience. Amid all the hoots and hollers, there’s a chess-like pattern of complex strategy unfolding under immense pressure.

Despite what the uninitiated might assume, baseball can be intensely cerebral. Minute calculations are of the essence, requiring athlete and audience alike to be constantly analyzing the ramifications of different issues: whether a carefully thrown ball might break two inches to either side, the angle at which a batter might be more or less likely to hit in a particular direction, where and how far out the fielders should be positioned if they do. On base percentages, earned run averages, slugging percentages, and many other factors. A great deal of the game is based in failure; it’s well-known that a star hitter only succeeds about 30 percent of the time, at best. Legends can only dream of getting anywhere near 40. As Bart Giamatti, former baseball commissioner (and Yale literature scholar) once said, baseball is a game that is designed to break your heart. So much depends upon a series of instantaneous decisions, seemingly small, any or all of which can make or break a game, a series, or a championship. The problem-solving complexities of teamwork are essential, and a ball club is nothing without it. When Crash tells Nuke not to strike people out because it’s “fascist” and to throw ground balls because “it’s more democratic” this is part of what he’s getting at. 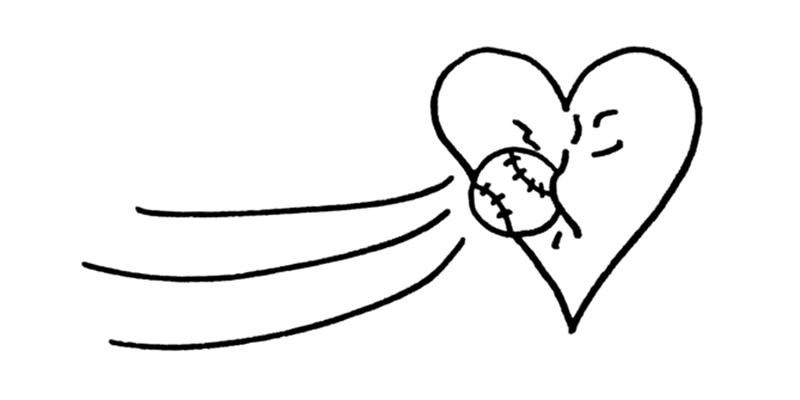 But, charmingly, Bull Durham is about winning hearts and minds, not just ballgames. Preferably, the former through the latter. What keeps the plot moving isn’t the Bulls’ playoff chances but the highly amusing verbal pas de deux between Annie and Crash. Nuke’s all about the hookup with Annie, but he has no concept of anything existing beyond it. Crash has been around long enough to know that it’s not worth opening up for too little, and his mature refusal to let Annie play mind games with him is a genteel challenge that only intrigues Annie all the more, which speaks well for both of them. It’s a Shakespearean insight about romance reminiscent of Much Ado About Nothing — watching two smart people banter who are far too self-assured and quick-witted to succumb to one another’s shenanigans is always fun. The classic, endlessly quotable monologue that Crash gives as a response to Annie’s manipulations is a perfect example of all-star flirtation in action.

Despite being a man’s man, Crash isn’t above opening up and letting Annie know that he’s not afraid of being sensitive, even sensuous, or that he happens to have a curious and well-stocked mind. Crash has the expected opinions about AstroTurf, the infield fly rule, and the value of good Scotch but can also debate the dubious merits of the novels of Susan Sontag (he’s right about this, by the way — after seeing the movie I just had to find out for myself, and although Sontag was a world-class intellect and a superb critic, her fiction sadly fell below her own high standards). Crash doesn’t apologize for who he is, nor does he hide his intellectuality. His confidence is a result of his maturity as a person rather than his social status. After giving Annie a glance at his inner life, he walks right out her door, cracking that he isn’t interested in a woman who would be interested in a “boy” like LaLoosh. He shows his own value by having standards, a form of self-respect that the showoff tendencies of our culture of mass consumption have yet to grasp.

Naturally, Annie and Crash eventually get together but their romance doesn’t seem forced. Crash and Annie both resist the urge to let their pride keep them apart, but their finding love isn’t treated like a consolation prize. Nuke learns the lessons Crash has to teach and advances to the big leagues with a ready line of media-friendly bullshit. We know that Crash taught him that amusing string of cliches, which we see him cockily repeating as if they were his own. Crash is too busy with Annie to envy Nuke’s fame and fortune. Instead, we see how the marriage of true minds is the real victory. For all of its palpable love of the game, Bull Durham ultimately makes the winning suggestion that it’s better to live happily and humbly than to be a hollow superstar, reminding a macho, winner-take-all culture that growing up and finding love means more than putting points on a scoreboard ever will. •