2006. Just a bit more than ten years ago. Two mega blockbusters were released in India, and three stars were born into the industry called Bollywood. One was a 21-year-old called Deepika Padukone. The other two were star kids, destined to be in the industry; Sonam Kapoor and Ranbir Kapoor. For those of you who are not familiar with Bollywood, Sonam Kapoor and Ranbir Kapoor are of Bollywood pedigree. Born to stars, they chose to make a life for themselves in the same space as their parents and — in Ranbir Kapoor’s case — grandparents and great-grandparents too. They did it quite successfully, too, might I add.

I remember clearly when this happened. I was 16, harboring those same B-town dreams myself. I knew this cycle quite well, having followed the industry closely. This happened every few years. Mega blockbusters, every now and then, would present a new face just to keep the gene pool fresh. Stars, after all, don’t have a very long life in India — female stars even less so. This “debut,” as it is called, is the most important step of an actor’s life. Make the right debut, and you’re made for life (or at least the next couple of years). Make the wrong debut, and you’re scarred for life. You’d hear stories about such debuts. Oh, so-and-so never wanted to be an actor at all, but then fate decided to play its own hand. They got spotted across the restaurant by a scout. Oh, such-and-such almost turned the movie down for a large modeling project, but then, the director, who was so convinced that this was the face of the film, convinced them.

But that’s not the point.

The point is that once upon a time, stars were chosen, groomed, and then pushed into the limelight. Once that limelight hit them, most of the time, they would grow into overnight successes. Brands, endorsements, whatnot — everything was thrown their way. They were the new royalty — until there was a fresh crop of these new stars, that is.

But somewhere down the line, that stopped happening. In fact, the last time I remember this happening was with a young, fresh-faced actress called Anushka Sharma in 2010.

Where on earth have all the stars gone?

The fact is, the cult of the star is dying out. Stars have seen it all, whether it is letters written in blood or being forgiven for a hit and run. Stars have always been around. But it is only recently that they have seen such devotion.

It started in the ’70s with Rajesh Khanna. They say schoolgirls used to write letters to him in their blood. What a phenomenal story. What a rise, what a fall. He lived a life as eventful as any movie he starred in. With Rajesh Khanna, the Indian industry realized the true power of star power. Star power could make a movie! Or break it! They quickly realized that this was something they must make use of. 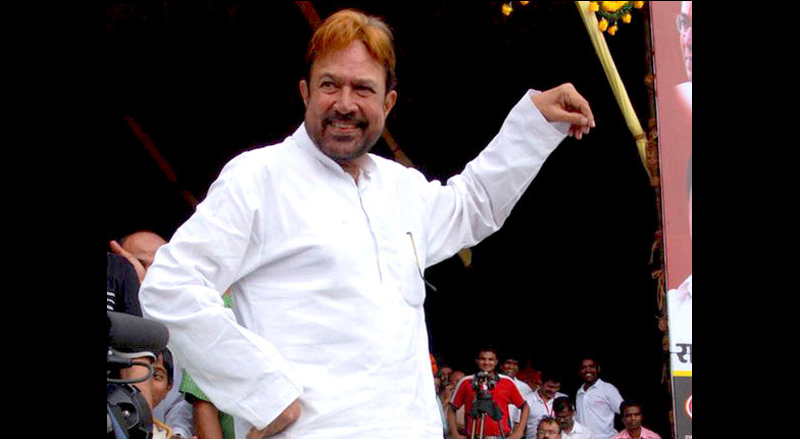 Rajesh Khanna’s stardom was organic. But few others after him have been. Observing his rise (and fall), the industry quickly assembled a PR machine. No longer would stars just happen. Instead, they would be made. No longer would acting be a requirement for the job. Just a very charismatic personality would do. Let me give you an insight into this machinery.

I met a man a few years ago — a man quite influential in the movie circles. He calls himself a “mentor,” but, in reality, he is a star maker. Having managed one of the largest talent agencies in town, he fancies himself a 21st-century Richard Neville. For all I know, he just might be. I met him at a posh coffee shop in Bandra, an uptown locality in Mumbai, just one aspiring actress among millions that swarm the city every day. I was ushered into the little-known upstairs area to meet him. He was a good 40 minutes late.

When he finally arrived, he asked me, “Who do you see yourself as? And don’t say Sonam Kapoor.” I was taken aback. I had never thought of myself as anyone but Anvita Sudarshan. But looking at myself from the outside, I guess I did look a little Sonam Kapoorish that day, dressed as I was in a long, flowy dress that would have done Marilyn Monroe more justice. I sat there, befuddled, trying to think of another name that suited me. “Who were the bigs?” I thought. Deepika? No, nothing in common with her except being a Kannadiga. Anushka? Nope, too tomboyish. Kangana? Nope, nothing in common at all! Finally, I gave up and shrugged my shoulders. I had no idea.

The man sighed, troubled, distressed at having to deal with such an incompetent idiot. Then, he asked me, “Alright, what word would you use to describe yourself? Sexy, hot, girl next door? What?”

For a minute, I was beyond flattered. Ethereal? Me? Madhubala (a star from the ’50s) was ethereal. Madhuri Dixit (a star from the ’80s) is ethereal. And little ol’ me? I was ethereal? But my bubble was soon burst. “But ethereal doesn’t work in today’s industry. Sexy, I can work with. Hot, sure. Even girl next door is doable. But ethereal?” He grimaced. “Sonam Kapoor is the only one who has been able to pull that off. It’s too much of a risk.”

So I guess that was that. My personality was too risky to place major bets on. Fair enough. And that, my friends, is how stars are made.

But today, we are in the middle of a major transition. One of the great allures of stars, the reason for their success, is their mystery. One person among millions gets to make their dreams come true. You are fascinated by them, yet oddly envious. That is why people throng outside Salman Khan’s house. They want to be him. Or rather, they want the possibility of that dream. They want to win that lottery. But with the advent of social media, winning that lottery has suddenly become so much more accessible! Today, anyone can be a star, truly. You can be an Instagram star, a Twitter star, a Youtube star, a Pinterest star, whatever! Put in enough work, be smart about it, and, in today’s world, you could easily be a star.

So why put in so much time and energy into adulating someone else?

The internet has made celebrity accessible. We can easily achieve the fame and adulation today that would have taken a considerable amount of work and luck just a decade ago. But what this also means is the death of the star. As celebrity becomes more accessible, it will become less glamorous. It will become less lucrative. The intricate PR machinery will fall apart . . . or will it?

That is exactly what was predicted for TV. But that didn’t quite work out, did it?

I’m going to contradict myself now, but the truth is, celebrity will never die. We humans, have an innate instinct to look up to and be envious of someone we perceive as better than us. This has always been a constant, throughout history. There are those who disagree, of course. For example, there was a book a few years ago, called A Short History of Celebrity by Fred Inglis. He claims “celebrity” is an invention of the 18th century. But is it, really? At the risk of sounding vague, I must point out that those in significantly more power than the mass of the population have always influenced what the “masses” think and what they do. Take for example Martin Luther, who began the Protestant Reformation. He was a different kind of celebrity, yes, as Martin Luther was a political and religious celebrity, but influential nonetheless. And people looked up to and hated him, worshiped him. Let’s look even further back. Alexander the Great. Cleopatra. They might not exactly be Paris Hilton or Miley Cyrus but hey — they manage to capture our attention even today, thousands of years later. How’s that for the immortality of celebrity?

But, yes, the glamour, the mysticism, the inaccessibility, those soon might be things of the past. Maybe they already are.

As the world becomes more accessible, so will celebrity. Where once, only two people ruled, 200 will. We’ll each probably have our own celebrity. To an extent, this is true already. YouTube is a good example. The number of successful YouTubers that I find every day is startling. I just found a channel yesterday called Caspar. He’s huge, with 7,000,000 subscribers. But I didn’t even know he existed! This guy is someone’s star. He’s just not mine. Just like my stars are not yours. You might not even know they exist.

Then there’s the flip side of that, of course. The flip side is the possibility that with the accessibility of that position, we eventually come to a point where we realize the futility of looking up to someone who seems to have more than we do. That does sound a bit far-fetched, but look at it closely. Overall, the world is more “equal” in terms of influence, wealth, and power than just 500 years ago. If you can be “It,” why would you look up to “It”? But that closes that circular argument. We have an innate need to look up to someone or something that we perceive as greater than us. That’s where we get our dreams from. That’s what drives us further and further. So the question is: If, tomorrow, we find that we cannot look up to fellow humans anymore, who or what will we look up to? The answer to that probably lies a little beyond our current imagination, since we’ve never really been in this position before. But depending on the answer, it can either be gratifying or really scary. We just don’t know which it is yet.

The death of the star, as we know it, is imminent. But what we are forgetting is that when a star dies, it leaves behind a black hole. And you know what they say about black holes? They suck everything in. •