In my real life, I get flashbacks where I’m playing Call of Duty, standing in a silo, hiding from a tank. I have to count the tank’s assaults so I can run out of the silo in between blasts, then sprint close enough to the tank to throw C4 explosive on it, run away, not get shot, and click a button to blow the tank up.

Even if I’m successful, I’ll still die soon, when some rival soldier hits me with a shotgun blast, or sniper bullet, or knife to the face.

But this is an online multiplayer, so my death lasts only a second or two. I respawn back to life, on some different part of the battle map, where I have to run back to the silo, to help my team, or to revenge-kill an annoyingly talented gamer who keeps putting holes in me.

Flashbacks. Scenes like this pop into my mind, years after the battle. Flashbacks aren’t usually enjoyable. But they are when they remind me of an accomplishment which was fun at the time. Winning a war. Hitting a home run.

Just last week, I was lounging in bed with my girlfriend. The TV was off. There was no music on. We were just laying there, and I got that somewhat enjoyable flashback of being in that Call of Duty silo — and this is a game that came out two real-life U.S. presidents ago. 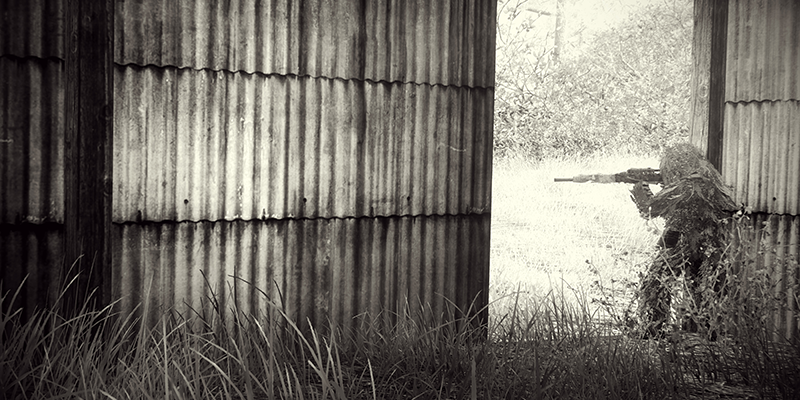 That startling memory was lurking a decade in my brain, planning to jump out at me one random day, like a Saw character in a fun horror house.

I didn’t mean to become a nationally syndicated video game columnist for a decade. It happened because I got bored.

In 2001, I was reveling in Las Vegas as a music critic, interviewing Prince backstage, reviewing Britney on tour, partying on the Strip. That was a ludicrously enjoyable job. But it was too easy.

I wanted a side challenge to sharpen my writing. I trademarked my video game column name, the Game Dork. I marketed it. Newspapers from Hawaii to the Hamptons bought it. I made enough money to buy a house.

My hook was, I covered games the way literate movie critics write about films: exploring themes, cultural symbolisms, voice acting, writing, directing. This was a novel approach at the time. Other critics were wasting their time by talking about the pixels and tech bits of games.

Everything “Game Dork” came up roses for more than a decade until, in 2013, my mom died. This was two days after my cat of 19 years died. Not a great week. And yet, I was on Game Dork deadline. So I wrote a goodbye column to my mom by narrating how she’d raised me, and how much she enjoyed playing Tetris. This was my most popular column ever. Every word was written in tears.

At the funeral, I realized I hadn’t taken a single week off from the Game Dork. Not while vacationing in Paris. Not while in an Amsterdam cafe. Not while standing by Mom’s casket, contemplating the shelf life of existence.

So I went on immediate hiatus, on which I remain.

Since I’ve been on sabbatical for a while, flashbacks are happening even though I’m not gaming all the time like I used to. There are no external triggers (they’ll happen when I’m feeding the cats, for instance). And they could be the most uneventful flashbacks ever.

I’ve had flashbacks walking through dull forests in an otherwise exciting Uncharted game. I’ve had flashbacks of driving cars 220 mph across the sea-foam coasts of Italy. I don’t necessarily get driving flashbacks when I’m driving. There’s no method to the madness for my military-like P.T.S.D. 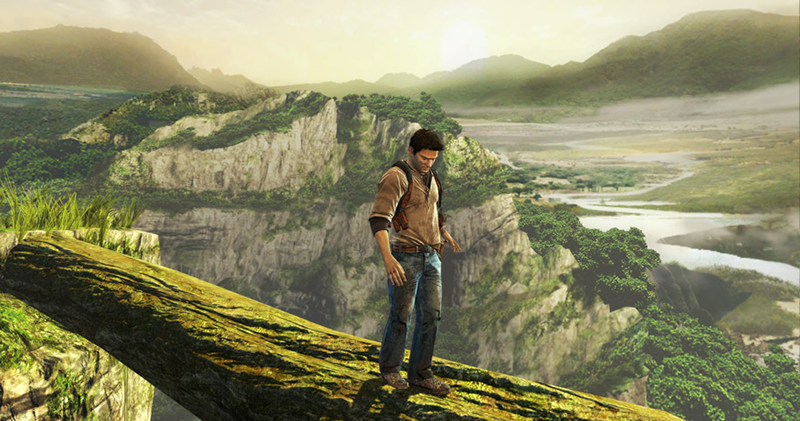 I usually get flashbacks to good multiplayer battle maps. But I can get flashbacks to frustrating solo games, too. The most frustrated I ever got by a game was by a Mickey Mouse adventure. I don’t remember the title. But it was so poorly made, I think I gave it zero stars and made fun of it mercilessly. The moment I knew I had played it enough to review it, I walked over to my Xbox, ejected the game, folded the disc, and threw it against the wall or floor or both. If you’d seen me do this, it likely would have looked comical, despite of (or because of, let’s be honest) my privileged rage.

Ever since, I’ve suffered Mickey Mouse flashbacks in elementary schools during career days. I ask fourth graders what their favorite game is. Since they are kids, Mickey Mouse flashes into my mind. Alas, their responses, to the radical contrary, always extol the virtues of the kill-cops-and-rob-sex-workers experience known as Grand Theft Auto.

My Mickey gaming nightmare is what I bring up to teachers and parents when they ask me about how terrible the violence is in games. I like to point out the most violent I ever got after playing a game was because of this badly designed, G-rated Mickey Mouse game. (Actually, “G” is rated “E” for “Everyone,” in game lingo).

The most dangerous thing you can do to a video gamer is to frustrate them with bad level design. I can’t imagine many people playing a fairly disturbing serial murderer game, like the old Grand Theft Autos or Manhunt, and then wanting to kill someone. But I can definitely see someone getting angry because they can’t win E-rated Mario Kart and then throwing their hand controller at their brother’s throat. (Not that I would ever do that. I’m a peacenik socialistic anti-corporatocracy revolutionary, just like a lot of heroes in games, which are by nature anti-corporate and anti-fascist, isn’t that fascinating?)

Wait, where was I?

I don’t like flashbacks. They make me feel like I’m some old, 20th-century, grizzled Gulf War veteran who’s just minding his business, washing dishes or riding a train, thinking about anything else in the world, and then boom, I’m back in the mud, crawling on my belly like Metal Gear’s Solid Snake, sneaking up behind some unsuspecting, evil villain’s moronic henchman who I will stab to death at his ankles.

I’ve always wanted to ask a game designer why they put so many kill points in people’s heels, but I’d rather not bring it to their attention so I can keep killing people through their shoes, unfettered.

But all that bull is bull.

One of these days, I’m going to write my autobiography about my career as a nationally syndicated columnist and my wildly successful love life.

A film reviewer friend once complained publicly that the problem with games is that gamers sit around: that gaming is inactive.

I get so angry about the stupid crap people say about games. Games changed my life. Games have given me many perfect moments of clarity about the world, philosophy, politics, my own personality.

Here’s an example. One week, I was playing a battle game, and I wondered, “Why do henchmen and soldiers run towards me across open fields in gun games? Why do they value their bosses’ orders to charge blindly ahead more than they value their lives?”

I read psychology and sociology books, and found an answer in a book by Stanley Milgram titled Obedience to Authority. Thesis: People follow terrible orders because they get off on obeying authority, even if it’s evil. How depressing.

A game eureka moment doesn’t have to come from the game, or the game’s writing, or the game’s execution. When you play a game (and you’re good at it), you go into a zone. It’s very similar to when I meditate or do yoga.

In 2016, I was considering breaking up with my workplace, because, metaphorically speaking, it went from being Beyonce to being Mama June. Every day, stomach churning, I thought in circles, “I have to quit. But I used to love my workplace. But now it’s vomitous. But maybe it’ll get better again. But …”

So I pulled out my favorite game of all time, Shadowrun for Xbox 360, and I played the crap out of that game for three months, and it made me feel so good. I was able to sort through all my problems, and I quit my stinking workplace.

Now my life is amazing again, partly as a result of Shadowrun therapy.

In fact, Oxford University researchers insist that if you play Tetris for ten minutes after a real-life trauma, the game will block the formation of P.T.S.D. images. Your brain will better process the trauma. And you will have fewer traumatic flashbacks in the future.

So there you go. I get flashbacks. But if I didn’t play games, I would get worse flashbacks of, like, my mom dying.

They have sharpened my peripheral vision, reflexes, and world-views. •