Netflix’s newest series, Stranger Things, premiered July 15, and it has swiftly become one the most talked about shows of the summer. Each major media outlet has published their own think pieces, quizzes like “Which Stranger Things Character Are You?” have circulated, and Winona Ryder (who stars in the series) has made her comeback as a magazine cover girl.

There aren’t spoilers in this essay. Or shouldn’t be, unless you consider the lack of information an incredible spoiler (and I hate these type of concessions, because plot is secondary to the creation of character, formation of relationship between audience and narrative, and the feelings depicted and attached to the narrative). The only spoiler I’m going to provide happens by episode three, when teenager Barb goes missing, pulled by a monster into a pool and through to the “other side.” Despite being a minor character, I became infatuated with Barb. 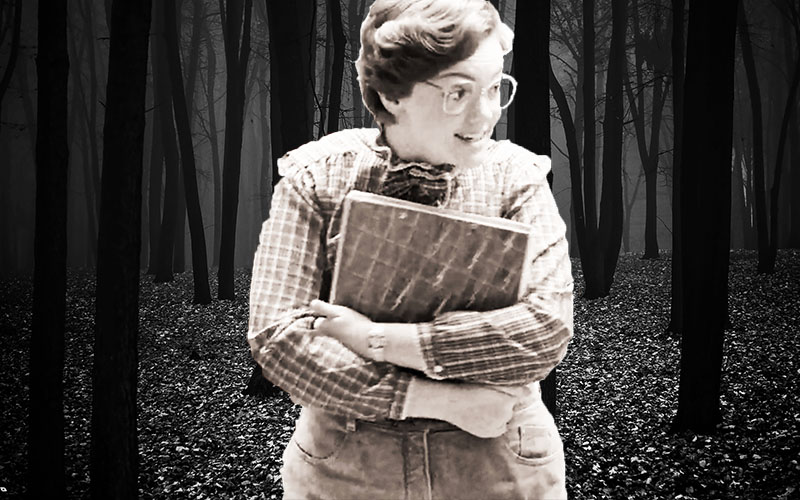 Barb dresses for comfort and function. Barb wears glasses so she can see better and is proud of it. Her hair is short and requires little attention, because Barb is too busy preparing for her future to spend too much time primping. That’s not to say Barb is unkempt and grotesque; she just has different priorities than other teenagers. I was — and am — a total Barb.

Creators Matt and Ross Duffer made a very familiar space, yet through the introduction of conspiracies and monsters, perverted the norms – made the familiar strange. By taking the thematic and formalistic threads of ’80s cinema and highlighting the aura of fear that has permeated American culture since the Cold War (the feelings of invasion, infiltration), the creators have been able to tap into a sensibility that is accessible across demographic lines.

Stranger Things focuses, not surprisingly, on the concept of “strange.” We enter the narrative at peak normalcy, with nerds who enjoy spending hours in their basements playing Dungeons and Dragons. Their friend disappears, throwing the narrative into the space of the unknown. A new, mysterious friend arrives: an escapee from a lab named Eleven, an androgynous kid their own age. And they feel it necessary to wander into a real life adventure. Of course, they can’t trust adults (barring their science teacher and mentor, Mr. Clark) so they lie or tell half-truths. There is an alternative universe (“the upside down”) that only makes those who believe in it sound as if they haven’t fully allowed themselves to grieve. The boy’s mother (played by Winona Ryder) is as hysteric as Gilman’s heroine in “The Yellow Paper,” hammering through walls to reach her son — whom she hears crying in the distance and communicates with through the lights — and fighting literal monsters who creep through the wormholes in her home.

I appreciate a narrative that emphasizes randomness and a sense of finality. Sometimes people die and there is no explanation for the when (and sometimes how). The treatment of Barb is a reminder that there are no rules when it comes to death, despite Hollywood narratives often differentiating between the survival rates of those with “good” and “bad” behavior. “Baddies” must be punished. The men in black get shot and harlots die a tragic, prolonged death to teach us all valuable moral lessons. This sentiment was built into the Hollywood Studio system, starting with the “Don’ts and Be Carefuls” and then the Production Code. The formulas were set, and Hollywood and American films have had trouble straying too far from these tropes.

Probably one of the more effective aspects of Stranger Things is the focus on youth and their vulnerability. This monster primarily attacks children. Will is framed in the narrative as particularly caring and thoughtful for his age, which makes his abduction all the more frightening. The government abducts children and traumatizes them with experiments. Parents have difficulty keeping track of their children, either because they are busy or don’t care. At one point, Nancy’s mother begs her daughter to confide and trust her, wanting to protect Nancy from harm. The pre-teens hide a stranger in a basement and feign illness to find the truth about their friend, who is assumed dead. They travel long distances on their bikes, into situations that they don’t think through, because, and I can’t emphasize this enough, they’re children. They are not well protected and not for their parents’ lack of trying. Nobody can be prepared for the strange things lurking in the dark. 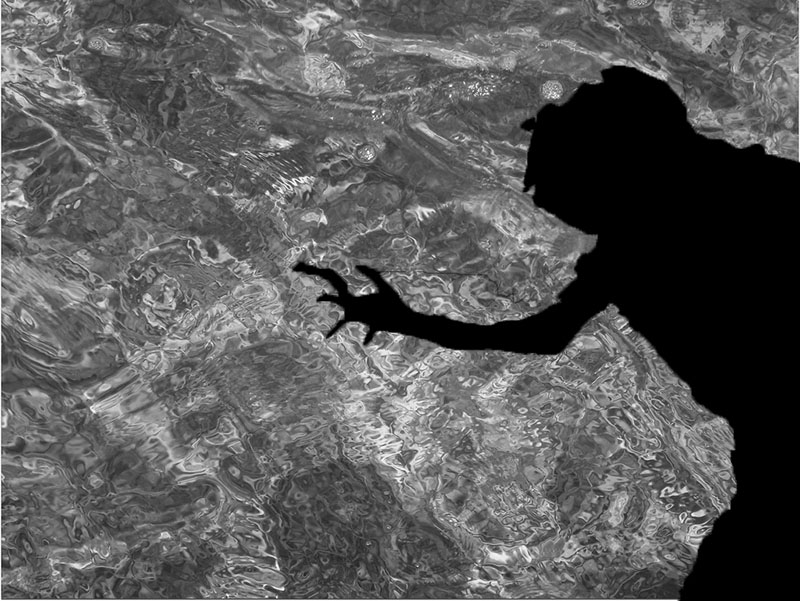 While others have already commented on the allusions to popular culture, few (if any) outlets have discussed the parallels to true crime narratives and the fact that the disappearance of and violence enacted against children is a reality. Will’s kidnapping on his way home is reminiscent of many disappearances of children over the past two decades. Steven Branch, Michael Moore, and Christopher Byers were thought to have been beaten and murdered by the West Memphis Three (later exonerated after nearly 20 years in prison). Jaycee Dugard was abducted while walking home from school. Elizabeth Smart was seized from her bedroom in the middle of the night.  We are approaching the 20th anniversary of JonBenet Ramsey’s murder, where she was found strangled in her family’s home.

Despite this narrative firmly rooted as fiction, a horror thriller, there are times when it feels all too real.

The Duffer brothers capture an era in which a certain level of recklessness was expected and couple that sensibility with the fear that came afterward. Lost Boys, Stand By Me, Ferris Bueller’s Day Off, and Don’t Tell Mom the Babysitter’s Dead rely on an understanding of youth as invulnerable. The characters had little fear of the consequences, because they were children — unable to consider the severity of consequences BEYOND what their parents would do upon finding out. No need to worry about potential police investigation or desecrating the remains of a body (as in Babysitter), but Mom might lose her temper. And, inevitably, all would work itself out to happy ending, pushing forward the fantasy of youth — that it is full of adventure without serious risk or consequences.

Youths throwing caution to the wind did not end with the 1980s and early ’90s, but things did seem to take a more serious turn, a darker turn. There was a lot more murder, and sex became represented as more intense and dangerous. The 1990s traded youthful indiscretion for tragic and often violent teen dramas.

Representation of violence and threat of course amplified American and global fears. As a kid, I was also very much preoccupied with threat and danger. Growing up on military bases in West Germany before the Berlin Wall came crashing down, soldiers with guns inspecting our school busses weren’t unfamiliar at seven years old. Bombs threats and scares were frequent. This was also the same era the D.A.R.E program was at its most potent, and I remember being told both at school and at home what to do if somebody attempted to kidnap me. (If propositioned as a friend of my parents, ask the codeword, which was“SacajaweaDaisy,” and if not known run and tell an adult. If a complete stranger, turn dead weight and scream “Not my dad/mom!”) 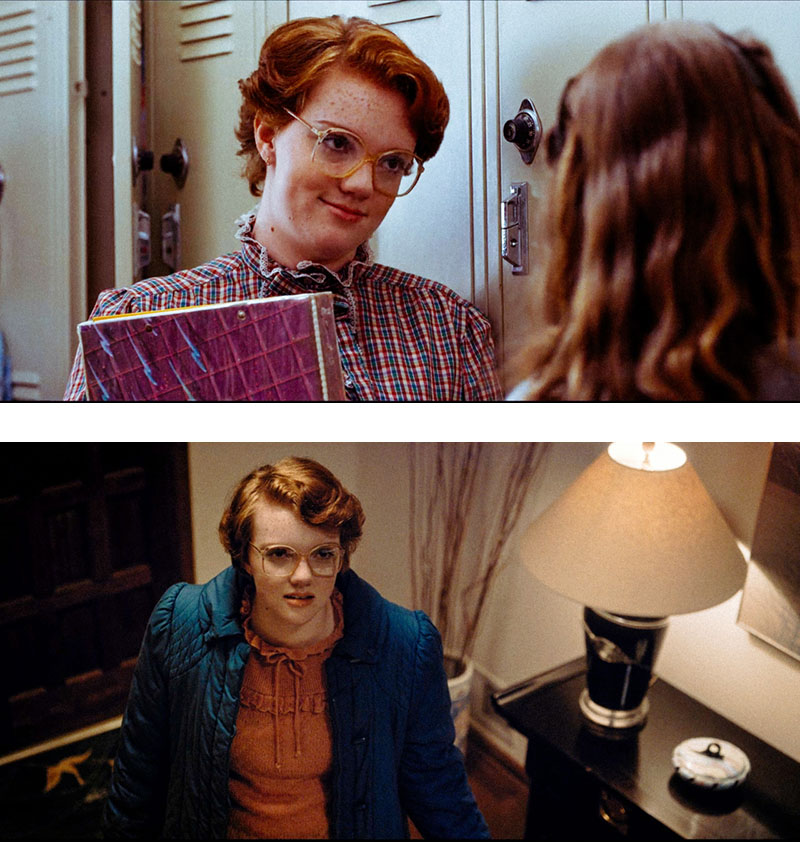 We see the monster onscreen, but the real horrors are the feelings it brings with it from the other side. It is fear and helplessness personified. It is the uncertainty of a missing child/best friend. It is the suspicion that something waits in the dark, whether it is really there or is only a figment of your fears. It is the feeling of powerlessness that comes with watching a loved one, particularly a child, die slowly of cancer, as the flashbacks reveal of the Sheriff’s experience. The kids don’t fully understand the significance of these levels of horror. At least not until this current moment is over. They think of monsters as creatures and beasts that exist within D&D as opposed to the dangerous entities and beings who exist among us. But throughout the series, we watch them continually work through the traumas of danger, potential loss, and death.

Barb’s disappearance and death (which remains questionable) is tragic because she is so aware. Barb fits all the “good” tropes. She was dubious about the pleasures of sex, drugs, and alcohol. She remained loyal to her best friend. She knew something bad was going to happen, just didn’t expect it to be a monster from a parallel universe.

Barb goes missing because she is alone. Nobody watches her back. She is left behind, open and free for the taking. As soon as we see her isolated, we should be worried. Because a woman alone in the dark is always a red flag. But as stated, Barb is good. She is the “virgin.” By all horror conventions, she should be the “final girl.” But she isn’t, because it’s much more frightening (and real) for her to be plucked by the monster. The whole town looks for Will, she is but a footnote – partially for narrative time, but partially as a reminder that some go missing without recognition: no People Magazine cover or mass coverage on local and national media. They are lost physically and symbolically.

Barb is a symbolic martyr. Her narrative thread reminds the Stranger Things audience that bad things happen to people — that there is no method that exists for victimization and no formula that protects some and not others. There are no rules. Rather than think this of a black hole of possibilities, overwhelming, I think there’s room to pivot and appreciate the chaos.

Her death does serve a purpose (besides being another female character to be murdered in a narrative). In a poor citation of Camus’s The Myth of Sisyphus, we have to imagine Sisyphus happy — and ourselves happy, too, as we attempt to push our way through the void. Camus calls for optimism, thinking of the void as a point of freedom from the restrictions of arbitrary laws and social norms. We cannot be afraid to be bad, because good people can also suffer. There is no good time for these events to take place — for the horrors that exist in the world to take place. To place onus on victims and ourselves to fend off monsters is unfair. In essence, Barb has to die in order to remind us of this fact: We must find freedom from the fears and traumas we cannot control. •