A hotel is a living organism, a microcosm with a strict hierarchy, an orchestrated timetable of actions and events that unfold according to a particular dramaturgy. Some hotels have even reached the status of living myths — they have succeeded in forming an identity of their own. And in many cases, their status is owed to the writers and actors that have stayed in them. Agatha Christie stayed in room 411 of Istanbul’s neo-Rococo-style Pera Palace Hotel and is said to have written Murder on the Orient Express there. The Park Hyatt Tokyo certainly owes some of its appeal for foreign visitors to Bill Murray and Scarlett Johansson, who filmed substantial parts of Lost in Translation there.

I somehow missed the arrival of Brad Pitt, George Clooney, and Matt Damon for Oceans Eleven at The Bellagio, but I will never forget my visits to both the legendary Sands Hotel and Caesars Palace in Las Vegas back in the late 1980s (I admit I only visited them during the day). The Copa girls, “the most beautiful girls in the world” had already left town, but in one of these luxury hotels — I can’t remember which — you could eat as much you wanted for a single dollar. And judging by the volume of the customers, they seemed to have taken this offer rather literally. If big hotels were judged on the number of legendary events that had taken place there, as opposed to their standards of culinary excellence, choices would be hard indeed. But the Chateau Marmont would be high on the list: James Dean leapt through a window here in an audition for Rebel Without a Cause, and John Bonham of Led Zeppelin crossed the lobby on his motorbike, just to mention a couple of the more spectacular moments. 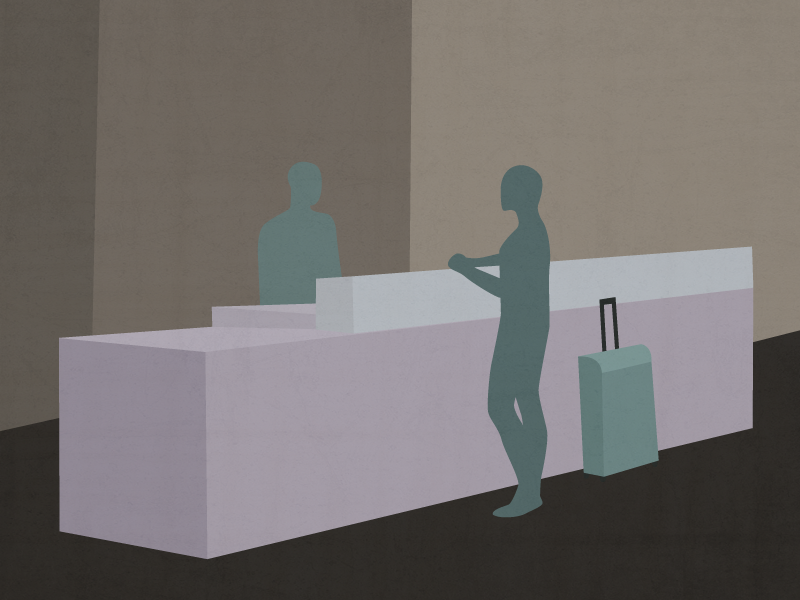 When grand hotels first appeared in the second half of the 19th century, they promised the latest in comfort, entertainment, and food choices. Even though they often offered high standards, however, they were not immune to criticism. Dirt, dust, and noise were often a problem, and a sleepless, nervous, or neurotic customer was a frequent visitor at the reception desk. The long history of hotel complaints remains to be written. These were also places where social rules were put to the test: As late as the end of the 19th century, single female travelers often aroused some suspicion. All About Etiquette, a guidebook published in London in 1875, warned of the risk of “promiscuous acquaintances in hotels and while travelling.” It was a huge deal when, at the close of the century, the Grand Hotel and the Metropole in London finally accepted unaccompanied women into their restaurants. However, in New York City, they were a commonplace sight and enjoyed “immunity from insult” — as long as they assumed the frosty expression considered typical for the city. But hotels were catalysts for erotic encounters, whether they were sanctioned or not. It was a gamble for unmarried couples: Would they be allowed to check into the same room or would they be forced to lie, bluff self-confidence, or offer bribes? Needless to say, two men aroused suspicion and faced a substantial risk by asking to stay in the same room. The question of whether hotels helped to strengthen social mores or to erode them remains a tricky one. At least hotels brought these issues out in the open as never before.

Hotels also offered a home for a new type of personality: people who were in step with the progress industrialization brought about. A side effect was that they created a stage for dubious figures playing with their identity, hence the necessity for hotel detectives, so cherished by crime novelists. Hotels even created new ways of life. They were motors of technical innovation. It is no surprise that a hotel is the place where Britain’s first phone call was made — the hotel usually mentioned in this context is the prestigious Brown’s Hotel in London where Alexander Graham Bell visited from Boston in 1877.

Sigmund Freud, who preferred more modest venues while traveling, succumbed to the charms of Rome’s grand Hotel Eden: “They took everything out for me and brought everything in that I could request . . . It is terribly comfortable and incredibly beautiful,” the great psychoanalyst is supposed to have said. Hotels also pioneered a new kind of transnational career. Successful managers, chiefs, and waiters could easily switch countries and continents, and their mobility has become legendary. In fact, many hotel directors in New York had a European background in those early days.

If you want to know how to prepare for your stay at a hotel, Thomas Mann is really one to consider, despite his frequent use of convoluted sentences. First of all, there is The Magic Mountain, an epic novel on a man’s years spent at a tuberculosis sanatorium (which was more a high-end hotel) in the Swiss Alps. Or the novella Death in Venice about a fatal attraction, made into a masterful film by Visconti at the Grand Hotel des Bains (Thomas Mann is also known to have stayed there in 1911). The unfinished novel Confessions of Felix Krull, Confidence Man, tells the entertaining story of a man who starts out as a pageboy in a Lisbon luxury hotel and then moves up the corporate ladder. Krull has a protean personality and easily adopts the roles others desire from him. Easily switching from hotel employee to guest, he knows all the things we might want to know about old-style grand hotels, including the mind games people liked to play there. Do they still play them?

And today? Hotel rooms are curious places: They offer us refuge, but they are not our homes. They condense living, sleeping, and working into a small space. There is always an expectant moment when we first enter a new hotel bedroom. Is there fresh linen on the bed? Has anything been left under there? The first night is rarely comfortable. The mattress may be too soft or too hard, too short or creak at every movement. If the room has a window (some designer hotels don’t), it may offer you a view into a bleak inner courtyard. Have you noticed that the bathrooms hardly ever have windows? Have you been lucky enough to discover how to switch on the light without setting off the noisy ventilation mechanism? In some older hotels, you may find a connecting door to the adjoining room. Just make sure it’s locked! And don’t think too much about who may have the key to enter your room from the other side. The list of writers, artists, and politicians who spent their last night in a hotel is long indeed. Hotel rooms offer you an insight into your personal limits. Have you ever woken up in one and not known where you were for the first few seconds? 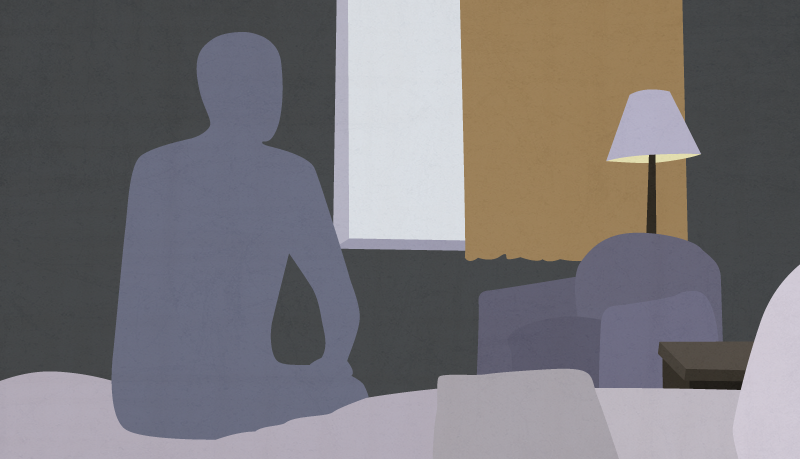 Some people always take the same room for a certain feeling of “home” and continuity — or at least stay with the same hotel chain when they move from city to city. Emptying your suitcase and putting things in the wardrobe helps you to appropriate the room. You don’t have to go as far as the old lady described by Marcel Proust in In Search of Lost Time, who arrived incognito at the Grand Hotel of Balbec and stayed in a room “where curtains of her own instead of the hotel’s hung at the windows, and where, what with her private screens and family photographs, instead of adapting to the outside world, she could erect between it and herself a bulkhead of habit so deftly constructed that it was her own home, with her inside it, that had done the traveling, and not her.” It won’t surprise you that she was accompanied by her servants. And Proust himself spent seven summers in a hotel of this kind in Cabourg where he wrote his mammoth book between 1907 and 1913 — he occupied three rooms on the fourth floor.

So, what is important nowadays when you check in? First of all, get along well with the receptionist, whatever it takes, because this person has the power to decide whether you are welcome or not. It’s a good sign if he calls you by your name and even pronounces it correctly without you having to model it. If you don’t (pretend to) respect him, you may find him to be your worst enemy. If you have visited a hotel often enough and are acquainted with one of the employees, he or she may reveal aspects of the inner workings that you are usually shielded from. The probability of you having access to these insider facts correlates significantly with where he or she is in the staff hierarchy — the lower down, the higher the chance you will find out what you want to know (to satisfy your curiosity) or what you don’t want to know (to still be able to sleep well). This can range from the latest news on demolished hotel rooms, famous or unwelcome guests, or the occasional suicide. While hotel detectives are no longer fashionable, there are CCTV cameras. The bustling people who clean the rooms, once called “chamber maids,” may have the most intimate knowledge about the guests. Whether they want to or not, they notice everything, from guests’ habits to the kinds of medications they take. Just leave them a generous tip. Always. •