When I met Tom Haines for coffee on a chilly January afternoon, he had snagged an ideal spot near the cafe’s small fireplace. The journalism professor at the University of New Hampshire, and long-time staff writer for newspapers like the Seattle Times and Boston Globe, was still reeling from the release of his new book Walking to the Sun, a deeply researched and personal account of his hikes across America’s key energy landscapes. Following more than a decade of overseas reporting, in 40 countries across five continents, Haines trained his wandering gaze back home, walking beside oil rigs in South Dakota, solar fields in the Mojave Desert, and sunken turbines off the coast of Maine. The idea occurred to him while overseeing the installation of a new home gas furnace, an experience that revealed how little he knew about the pipes that traveled up from his basement and plugged into to the broader energy apparatus that kept his family warm, their devices charged, cars running. Within minutes of joining Haines beside the fire, he made the same connection to our tiny gas-powered hearth. Walking aims to close a crucial gap that still plagues the environmental movement — that even as concerns about global warming take greater precedence, we too often overlook the demand curve of our own energy consumption. Our conversation has been edited for clarity and brevity.

MK: Can you talk a bit about what drew you to this subject, apart from that fateful day in your basement?

TH: I think a big part was my experience over the past 15 years, reporting on the ground in different parts of the world, and most significantly, in developing regions like Africa or Asia. There, I would basically be outside the industrial infrastructure in which we live. For example, I spent a week in a little village in Ethiopia writing about drought. I met farmers who worked the land, burned charcoal fires, walked for their water. Then, I would get in a steel tube and fly through Frankfurt and come back to Boston and drive home up I-95. I think all the shuttling back and forth between those two worlds primed me for exploring this subject without even knowing it.

I had already been thinking about our relationship with nature as a species, and the extent to which our industrial world is out of scale with the planet. As the climate debate continued to mount, energy became an appealing beat to stake out as a journalist, and was one that also helped me personally address a sense of helplessness or inability to even comprehend the problem. 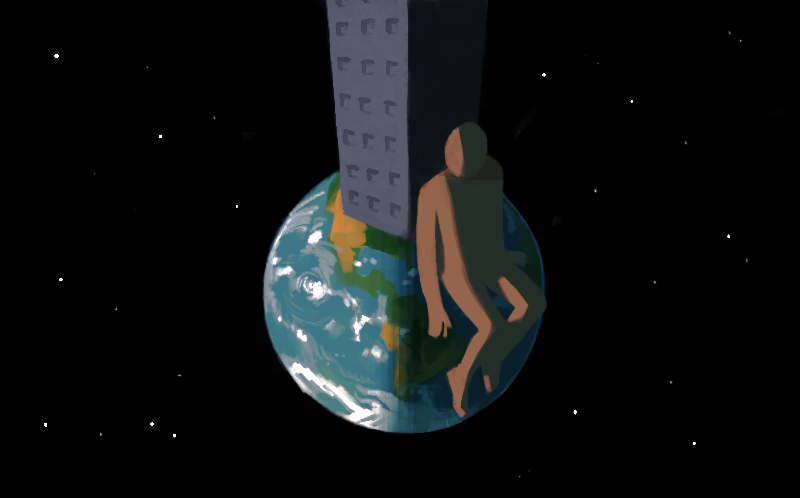 MK: What about this immersive, on-the-ground approach did you find so empowering?

TH: I’ve always been drawn to reporting about place. I like to go where things are happening, so when I came to energy, and saw the millions of important stories about the latest science or economic findings, I knew I wanted to explore the place of it. My ancestors on my mom’s side of the family actually came from Welsh coal country to the anthracite coal fields of Pennsylvania. So at the beginning when I was thinking about going to the source, I thought about going there to start. I kayaked down the Lehigh River and went to these old coal towns where my family was from. I never wrote a word about it, but it confirmed that there was a cool story to tell about place in terms of energy, and it confirmed that I have to write the story of now versus then.

Eventually, I took inspiration in journalistic books that followed a similarly granular, going-to-the-source approach. The Places In Between, by Rory Stewart, in which he walked across Afghanistan during the war. Ted Conover did a book called Coyotes in which he traveled with migrants as a way to write about immigration. Peter Hessler did a trilogy out of China called Country Driving and the narrative thread comprises his road trips through the country. Those were examples of a way of moving through place and talking about a bigger issue, instead of it being like a travelogue.

I also think I was working in the spirit of writers like Rachel Carson, books like Silent Spring that take a close look at the natural world as a way to understand ourselves and sound an alarm about the impact of human behavior. When I made my first camp in coal country, I wrote about the voles and the meadowlarks, the beautiful grasslands. I wanted to put the reader there, because it was so powerful to see that it’s still a natural place. Part of the problem is that we too often think of these places as just resources of fuel, something like Hunger Games District 12, the place where we get our coal. I thought there was a lesson in engaging more deeply with place.

The experience was often overwhelming, but also completely empowering — to reclaim that more original relationship with nature. It was exciting to be on the ground, exposed and vulnerable, feeling alive, sleeping in a tent on a prairie and thinking about myself as an animal.

MK: Along the way, you visit parts of the country that have long viewed land as primarily an economic resource. Are concerns about global warming compatible with this worldview?

TH: It really depended on where you were, and I saw a bit of everything. New York has a long history of natural gas drilling by conventional methods. But the rise of fracking sparked a debate between neighbors about whether it would help or ruin the place. It was interesting to observe how, as a species, we’re all over the map, trying to figure out how to move forward. Maybe it was because I was walking, and sort of vulnerable and isolated, but I never found myself in politically charged situations or moments where someone would say “You East Coast liberal! No wonder you’re out here!”

It was hopeful to find that the extent to which people defended the status quo of fossil fuels was because it was the thing that enabled them to make it all work financially. A great example is Texas, where I lived for seven years. Although it is a fossil fuel state, dominated by oil and gas, it’s also now the biggest developer of wind energy due to local economic incentives. At peak times, wind now powers up to 48 percent of the Texas grid. As a cultural thing, it feels like if it could happen there, it could happen anywhere. 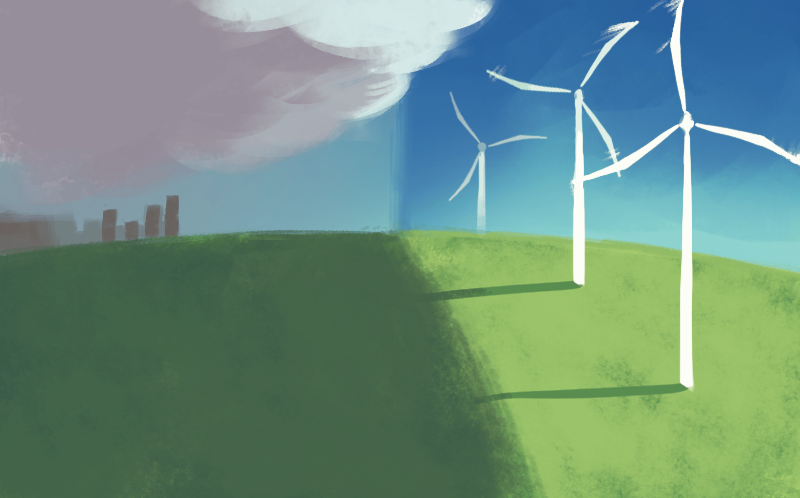 MK: What were some changes that surprised you over the five years of writing the book?

TH: One thing was the high level of journalism being produced, the way major news organizations have built out climate teams and put these stories front and center without holding any punches. If there is a social revolution that has to occur, that’s really heartening. But of course the bigger shift has been in the political realm. Back when I was walking through the Powder River Basin, which supplies about 40% of the country’s coal, President Obama’s Secretary of the Interior had instituted a moratorium on all federal coal from that area, a small step in finally putting our land policies in accordance with our climate policies. One of the first acts of Trump’s presidency was to roll that back. So as part of what I was learning through the book project gave more reason for hope, the political landscape was getting less hopeful.

I don’t know how history will remember this bizarro time. It was 2019 and the current administration was doing lease auctions for drilling across the American West faster than companies could bid. They’ve opened up so much land, the industry can’t take it all. But this is also a point at which to hold progressives to account. In reality, that mindset is what makes our lives so comfortable. If they weren’t out there doing this dirty work, we’d have to pay more, and sacrifice conveniences we take for granted. It’s so intertwined.

Ten years ago, if someone had asked me if it would be beautiful to look out over the plains and see 500 wind towers as far as the eye could see, I would say no way. It would almost seem like a kind of failure, or a blight. But now, feeling the way I do about the urgency of the problem, we’re in the land of compromise. There’s no perfect solution anymore. So I look out there, and I think it’s at least a more honest representation. You can literally see how much we need to power ourselves.

MK: Do you feel like the broader culture is getting more or less insulated?

TH: In some ways, I think both. My kids are teenagers in high school, and I think they are more insulated literally, through phones and the creature comforts of industrial life. Cars are bigger and have heated seats. Everything is just more and more dialed in. But their generation is being educated about the situation, so in some ways they have more of an awareness of the vulnerability of that insulation. I think for previous generations, the insulation was not yet as strong but it was somehow more effective, because we either weren’t aware of the damage or costs, or at least there wasn’t a discussion of it.

In the book, I wanted to be fair to myself about the fact that we’re all the cause of this problem. It’s like the guys I met in the Bakken oil fields, who were replacing the casing of an oil well, talking about how that fuel is in our shoes and powers our airplanes. That is how deep we are. The incident with my basement furnace wasn’t just a device. There I was, an environmentalist, or a naturalist, and I was literally writing a check to connect more deeply into the system. Is it reasonable that I could live without any kind of fossil fuels? No, you can’t, because you live in this industrialized world, but we’re being told collectively that’s what we’ve got to stop doing.

MK: Now that you’ve returned to the modern world, do you have any recommendations on how folks can work towards that renewed compact with nature?

TH: Something anyone can do, which I found powerful for this book and might sound cheesy, is go for a walk. Get outside and feel our connection to the place, because I think that instills a kind of obligation, or responsibility. If we just tune out and live in our insulated worlds, we cede any responsibility we have as animals on the planet, which is what we are. 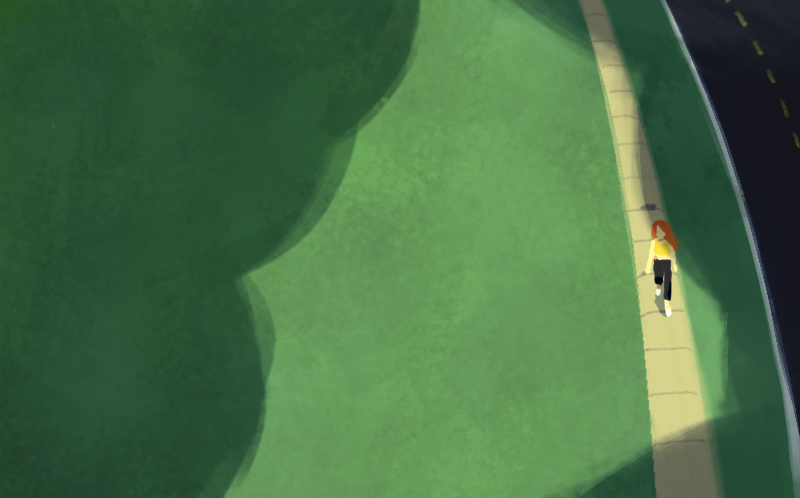 For someone who is already engaged, keep reading both the good and bad news stories. Learn more about both problems and solutions. Part of the reason my book dealt with industrial scale efforts as opposed to rooftop solar on someone’s house, which is also important, is that to my mind the only real hope is to achieve some kind of systemic change. We as a society have to prioritize that change, and that only happens if enough people know about it and care about it and do something about it. We can’t allow ourselves to become numb or overwhelmed.