“To understand Baudelaire you must read the whole of Baudelaire,” said T. S. Eliot. He was kidding, right? Having read Flowers of Evil and Spleen of Paris, I cling to the belief that I have a reasonable understanding of the man. Must I read all of his art criticism, his translations of Edgar Allan Poe, his letters to his mother before I’m allowed to mention his name at a cocktail party? I think that Eliot set the bar rather inhumanly high. Maybe what he really meant was, “To understand T. S Eliot you must read the whole of T. S. Eliot.”

In graduate school I had a professor who had read every one of James Fenimore Cooper’s 32 novels. At the time I was slogging through The Pioneers, the first of Cooper’s five “Leatherstocking” novels, which are pretty much the only ones that hold any (limited) interest for readers today. Cooper is a fascinating case of a good bad writer. Whether he achieved his intermittently powerful effects in his depiction of early American culture in spite of or because of his naiveté is more than I can say. I’m glad I’ve read a couple of Cooper’s novels, but if I had to read 30 others crammed with sentences like,

If a Templar would smile at the qualifications of Marmaduke to fill the judicial seat he occupied, we are certain that a graduate of Leyden or Edinburgh would be extremely amused with this true narration of the servitude of Elnathan in the temple of Aesculapius

Well, I think I’d give up reading entirely.

Having to read the collected fiction of James Fenimore Cooper would seem to be a strong argument against specialization, yet I’m grateful to those scholars who have. Somebody has to read those 32 novels, and if my graduate school professor hadn’t manned up to the task, he wouldn’t have been the informed and engaging teacher that he was. Here, then, for time-oppressed lovers of literature, is a sound reason for not reading the complete works of James Fenimore Cooper or Charles Baudelaire or, with the exception of one-off geniuses like Ralph Ellison or Emily Bronte, anybody else: other people can do it for you. These people are called scholars, and the best of them use their knowledge of the whole to illuminate the part or, just as important, of the bad to illuminate the good. Certain scholars of Yeats claim that every serious reader of the poet must eventually crack his or her head against that farrago of New Age mystagogy, A Vision. No, that’s their job. I am indebted to M. L. Rosenthal for his exemplary Running to Paradise: Yeats’s Poetic Art, which, in the course of its nuanced readings of particular poems, makes apt reference, when necessary, to the useful nonsense embodied in A Vision. If I had ever been tempted to read more than five pages of that excruciating book, I’m not tempted now. There is this further difference between M. L. Rosenthal and me: his university paid him to read books like A Vision, whereas if I knocked off an hour or two from each day’s work to study the occult intricacies of A Vision or to bone up on the 32 novels of James Fenimore Cooper, I’d be fired. I’m not complaining, but neither do I feel any compunction for disavowing the Eliotic injunction, implied or explicit, to read the whole of every major writer. I don’t have the time, and neither, I suspect, do you.

Even more than academics, we nonprofessional readers of what is broadly called “literature” make choices based on time constraints. If there’s not enough time in life to learn to play the bassoon or volunteer at voter registration drives, how much less time is there to read the secondary works of Jonathan Swift after a seven or eight hour day at the office. Chances are, if you get around to Swift at all, you’re going to go back to the one book of his that you really like, Gulliver’s Travels, rather than the one Harold Bloom says you should like, A Tale of a Tub. And even if you had the time, would you really want to spend your evenings with The Drapier’s Letters and “Directions to Servants”? Recently I made a good faith effort to confirm all my prejudices about reading by taking up A Tale of a Tub and Gulliver’s Travels simultaneously. What I found was that A Tale of a Tub was easier to admire than to love, whereas Gulliver’s Travels had me laughing on the subway on the way to work in the morning and then pondering in appalled silence exactly what I was laughing about. Given enough time to unpack the linguistic and theological convolutions of Swift’s Tale, I might actually come to enjoy that exhausting book. Or, more probably, I might not. What’s certain is that in the limited amount of time available to me, I’m going to read the handful of Swift’s works that truly speak to me (Gulliver’s Travels, “A Modest Proposal,” “Verses on the Death of Dr. Swift,” and his astonishing scatological poems) as opposed to the many others that — based on no more than an educated guess — probably won’t. It may be that the ones I haven’t read are even more remarkable than the ones I have. I can live with that. I don’t have much choice.

With neither the opportunity nor the inclination to work my way through the complete works of major writers, I’ve come to appreciate the advantages of my ignorance. All that I haven’t read and all that I don’t know stimulate my imagination nearly as much as the little that I have read and the little that I do know. I don’t want all the gaps filled in. Leaping over those gaps is a pretty good intellectual exercise. Falling into them and crawling my way back out is an even better one.

At any rate, I don’t aspire to the sort of erudition possessed by a former editor of mine, Martin Seymour-Smith, in his 1,400-page compendium, The New Guide to Modern World Literature (Macmillan, 1985). (There’s this much to be said for exhaustive erudition: when I turned in my article on Joseph Conrad for a reference work called World Authors 1900-1950, Seymour-Smith, who had read the whole of Conrad several times over, tossed it out and wrote a new one in its place. Who was I to complain?) By my count, Seymour-Smith discusses 7,003 full-length works in his survey of African and Caribbean Literature, American Literature, Arabic Literature, Australian Literature, Baltic Literature, all the way through Western Minor Literatures and Yugoslav Literature. The index alone (Time (Amihai), Time (Bang), Time (Yokomitsu), Time and Eternity (Lima and Mendes), Time and the Conways (Priestly)) induces awe. It also induces a certain skepticism. If I estimate a ten hour reading span for each of the novels, plays, memoirs, and collections of poetry, short stories, and essays covered in his guide, Seymour-Smith would have spent 70,030 hours with a book in his lap, which comes to 2,918 days or 7.9945 years of round the clock reading. And that’s assuming he could finish Finnegans Wake in ten hours. Laudable as this catholicity is, all that reading often reduces to tub-thumping judgments: Joan Didion “has distinct talents (rather than gifts) which she has never been able to weld together into a satisfactory book … Joyce Carol Oates … is, by contrast, serious in a true sense — but consumed, it has been appropriately suggested, by self-hatred.” Delivering verdicts is at times a necessary part of the critic’s responsibility, and to be fair to Seymour-Smith, that was the job his publishers contracted him to do. To my way of thinking, however, the process of arriving at the verdict is much more important than the verdict itself. Maybe that’s what happens when you set yourself the task of reading the complete works of too many writers: you have to read too quickly to think carefully. Speaking for myself, I am more or less capable of reading and thinking at the same time. But I need a lot more time for reflection than Martin Seymour-Smith did. 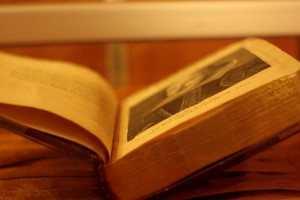 The danger of books becoming objects for your opinions rather than events in your life is not one incurred by fans of J. K. Rowling, George R. R. Martin, and other stupendously popular genre writers. Many of these fans have read every word ever written by their favorite authors, and for those fans the publication of the latest installment in the latest series is a life event of considerable significance. I know the feeling. There is in fact one writer whose complete works I have read, though they were written over 400 years ago and I don’t have to wait anxiously for release dates. Nevertheless, I eagerly anticipate sitting down every few months with my Riverside Shakespeare and picking out the play (or poem) that my soul seems to need at that moment. Pericles? The Merry Wives of Windsor? Timon of Athens? Even the minor ones, patchy as they are, bowl me over. And it’s true, exactly as T. S. Eliot said, that reading the whole of Shakespeare provides me with an understanding unobtainable any other way. Image patters, thematic obsessions, semantic variations recur from play to play, lighting up my mind as they lit up his. Shakespeare’s place in the Western canon, his uniqueness or lack thereof, the competing critical approaches to his work, and all such debates fade into nothingness as I read Claudio pleading for what’s left of his life in Measure for Measure or the foot soldier Williams fiercely debating with his sovereign the question of political responsibility in Henry V. I have a simpler motive for reading and rereading the complete works of this one writer of all writers: they’re so damned good. •