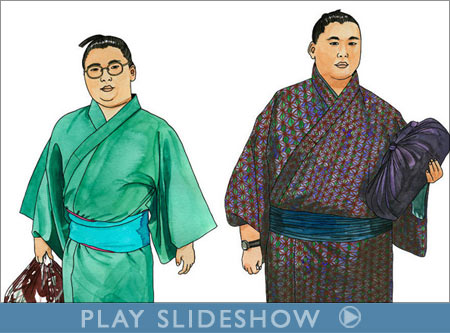 As soon as I walked out of the train station on my first day in Kyoto, I knew that I would love Japan. I passed the ground floor of a department store on my way to the street. To my right, next to purses and scarves, was a wall of color and pattern — windowpane plaid, polka dots, orange and turquoise, red and magenta, lime and navy. Upon closer inspection, I realized it was a display of washcloths, the most beautiful washcloths I had ever seen. (Unlike their American counterparts, usually relegated to some fourth-floor linen department and confined to neutral bathroom hues, these squares of terry are not used for washing but are kept in purses for drying one’s hands in public restrooms.)

The washcloths were my first exposure to the attention to detail that characterizes much of Japan — both visually and socially. I soon came to realize just how much thought lies behind appearances and actions there, and that these details of beauty and nuances of word and deed are both expected and appreciated. • 29 October 2007