Howard Hughes was one of the most significant and impactful figures of 20th century. Tycoon, movie producer, and philanthropist, Hughes was immortalized in Martin Scorsese’s The Aviator, a romanticized epic about the Hughes’s ascent as rugged individualist willing to combat the film industry, risk his life experimenting with airplanes, and manhandle classic Hollywood’s greatest actresses. The film also represents his eventual move toward complete isolation, his obsessive compulsive disorder encouraging him to seclude himself into sanitary screening rooms while watching and re-watching films. The film presents Hughes as a complicated but passionate man. Scorsese is nothing if not a film fan and The Aviator does much to unpack the ways in which Hughes’s foray into filmmaking contributed to Hollywood. The movie celebrates Hughes as a visionary and rugged individualist. He is reiterated as a folk hero. Like a true femme fatale, walks in Karina Longworth’s new book, Seduction: Sex, Lies, and Stardom in Howard Hughes’s Hollywood, which serves to provide more depth into Howard Hughes, looking not only at his work, but using his personal relationships to help illustrate his significance as Hollywood magnate but also addressing aspects of his character. The book not only challenges this image of Hughes as hero, but uses Hughes as a Trojan horse to unpack Hollywood’s ethically murky legacy. 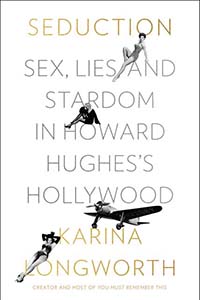 For cinephiles, Karina Longworth should be a familiar name. Her podcast, You Must Remember This, delves into the various nooks and crannies of Hollywood’s relatively young history. Much of the podcast covers Hollywood’s lesser known stories: the actresses who never became successful, producers like Louis B. Meyer who built Hollywood but have gotten lost in popular culture, and the secret lives of stars otherwise glossed by publicity machines. Longworth approaches history as a conglomeration of threads and what’s even more aggravating, is that she makes it looks so effortless. With each episode she is able to tell a cohesive narrative while incorporating important tangents, gossip, and larger historical contexts. You Must Remember This is both rigorously researched and just solid storytelling. Needless to say, when she started posting images on Instagram working on her book, fans (myself definitely included) waited in anticipation for her to announce the subject and release date. We rejoiced when it was about Howard Hughes and the women he “discovered” and “made.” 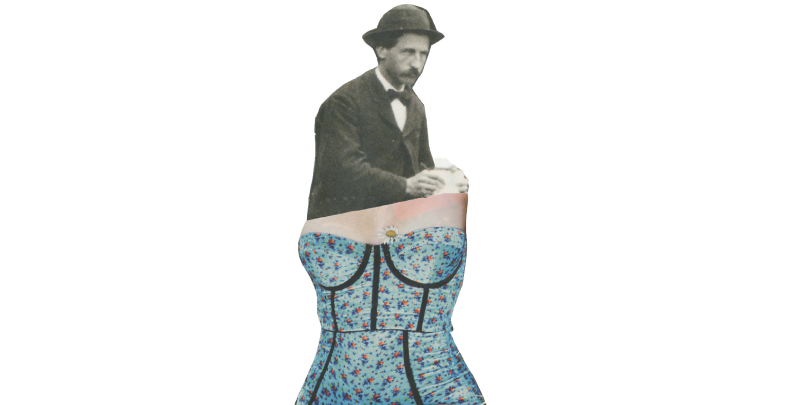 Looking at Hughes through the perspective of his relationships with Hollywood starlets interrupts three major threads when it comes to Hollywood history. First, is that history is defined by male narratives. Teaching film history can be difficult because so often it leaves out the significance of women’s accomplishments. Forgotten is the work of Alice Guy Blaché who was a pioneer in narrative filmmaking, Lois Weber who was just as popular as D.W. Griffith and Cecil B. DeMille, Dorothy Arzner’s contribution to representing strong and independent women in the 1930s, Ida Lupino’s foray into independent filmmaking. Longworth inverts this practice, using women’s narratives, particularly those women either thought of as superficial or not thought of much at all. Each woman’s story helps illustrate the man behind the folk hero. He was scarred by death. First orphaned as a teenager, he would later be one of the lone survivors of a plane crash he was piloting. He demanded control and built an empire of surveillance. As a film tycoon, he would pluck young talent from beauty pageants, modeling shots, or parties. These potential starlets were promised careers in Hollywood. They believed in the Hollywood dream of being discovered and catapulting into stardom. Some like Jean Harlow and Jane Russell did make it. Traded, however, was their identity which became molded and promoted by men like Howard Hughes. Their bodies would become his to exploit. This is no more evident than in the case of Russell, whose bustiness was exploited to sell Hughes’s productions for years. He also created an elaborate world of surveillance, working with bodyguards and private detectives to keep watch over his collection of women. His power dictated the terms in which these women can work and who can succeed.

Longworth’s second interruption is popping the aspirational bubble that Hollywood exists upon and perpetuates. It’s the narrative of Lana Turner getting discovered at a soda shop or Kate Moss being found at an airport. It’s the idea of some inherent specialness in a normal person – the girl-next-door turned glamour puss. But what Longworth articulates in story after story from Billie Dove to Yvonne Schubert is the relative fiction of those aspirations. It is true, to some degree, that Jean Harlow was taken from obscurity and became a big star. But in turn, she gave up her agency to Hughes and her mother, who would force her to work long hours in order to maintain the production schedule, which would inevitably lead to her debilitating health and death at 26. Jean Peters, who would become Hughes’s wife (although contested by actress and possible second wife, Terry Moore), would all but disappear after her marriage, retiring from acting to devote her attention to Howard Hughes, who by this time, would hide away in screening rooms watching films and avoiding germs.

The third is that the personal lives of stars are somehow separate from the work. This conversation has become standard in the wake of #metoo as consumers begin to evaluate their relationship with content made by those accused or prosecuted of abuse, sexual assault, and rape. Subtly, Longworth demonstrates that this idea of separating art from their makers is impossible. How, for example, do we separate Hughes’s manipulative tactics with women when those tactics were often used to exploit their bodies for the sake of productions or advertising campaigns? Jane Russell’s breasts so amply on display in the outlaw affected her career, being seen not so much as talented as much as a body ripe for the male gaze. Her opportunities would be squandered as Hughes exercised the rights to her body through the contract he drew up, dictating the terms of where her “talents” would be viewed. For Longworth, the lives are sutured, where instead of attempting to separate, we as readers have to reckon with the complications of Hollywood’s ethical practices.

Seduction is not about Howard Hughes as much as uses Hughes as a metaphor for power and exploitation in Hollywood. The actresses’ stories used to expand on Hughes provide the all too familiar narratives of aspirational young women looking to escape, looking for work, looking to fulfill a fantasy, their own version of the American dream. The hopeful starlets are vulnerable to exploitation at the hands of powerful men, who offer promises of fame, fortune, and autonomy in exchange for time on the casting couch, complete control over them, and threats of annihilation if they refuse the terms. Because of Hughes’s significant wealth, he could build his own empire, offering small town beauty queens contracts on his reputation as star-maker. If he could make Jean Harlow and Jane Russell happen, he could no doubt jump start the career of anybody or at least offer substantial financial support while they try to make their way in Hollywood.

As stark and depressing as women’s narratives are within Hollywood’s past, Longworth is still able to weave together these narratives in ways that are entertaining without being exploitative, informative without being pandering, and engaging without losing sight of the fact this work is still a history. So often as researchers and writers we forget that we actually love the subjects we’re working with, devoting so much effort to justifying their significance or rationalizing our work, that we forget that the reason we started doing this research or maintaining these endeavors is that we fell in love with the material. It’s clear that despite the depths of disparity within Hollywood’s history, Longworth loves the work and spreading these stories. I think it’s why I remain an ardent fan of her, the podcast, and this book – she is able to transmit that appreciation through the text – the pleasure in finding new films, following the genealogy of films through careers, and doing deep dives into stars’ backgrounds speaks to those kids who got lost in Turner Classic Movies channel programming or spent days watching the VHS tapes or DVDs borrowed from local libraries. She offers a way of acknowledging the grossness of Hollywood’s power politics while deriving pleasure from the acts of resistance that changed policies, imploded the Hollywood system, or altered representational practices. •