To structure is to survive. If you want your work to have even the tiniest chance of lasting — this is a dream hope; a stage of adolescence; your writing will not last, but it may hang around for a year or two — it must be well structured. If your ideas are flimsy, your characters boring, your scenes flat, your sentences dull, face it: your work is on the way out; however, even worse is the story or novel that is stillborn. It needs backbone and oxygen. It needs clarity. It needs everything you can do to save it. In other words, it needs structure.

Anyone who reads carefully already has a sense of structure, but it is useful to think about it. Books contain printed or digital matter. Often there are chapters and/or parts that may be named or numbered. There are sentences and/or lines. Books with lines are usually poetry books, but books of flash fiction may also contain lines. Prose poetry contains sentences. Novels have scenes. A story can be a single scene or two or three, but not as many as in a novel. Stories have a special relationship with sentences (I remind you to read David R. Slavitt, a marvelous writer of sentences). Novels have a special relationship with scenes (I remind you to read Fred Chappell, a marvelous writers of scenes). Nonfiction — journalistic or essayistic or personal — has a special relationship with paragraphs. Does this strike you as too particular, too systematic? Sometimes it strikes me that way, but you are not locked into these observations. They are simply observations. It’s not as if you are taking an oath or signing a pledge.

So, then: a quick review of the distinctions among these structures. If it bores you, skip to the next chapter (but don’t blame me if your piece wilts, droops, falters, or collapses). Architecture is what we are discussing here. Monumental or itsy-bitsy, grand or homey, the building you are building must stand up to wind, snow, rain, earthquake, and tropical intrusion and erosion. Also dust, the most maddening of avengers. Dust, by which I mean whatever is fogging the work you so want to be clear. Dust is why we have to rewrite. Housekeeping is never done, at least not for a writer.

You may already be familiar with the Freytag Triangle. Gustav Freytag (1816—1895), a German, was a novelist and playwright. To illustrate the various steps or phases in the novel or the play, he came up with a triangle. Others have done permutations of the triangle, and they can be found if you Google “triangle story,” but we’ll stick with the basic F. T. (although it is sometimes referred to as the Freytag Pyramid). Freytag likely had in mind the poet Horace, who argued that a play must consist of five acts. The five acts are, in this order, exposition, rising action, climax, falling action, and denouement. This is pretty clear. We need a beginning, in which we learn some basic facts about when and where the story is taking place (unless they are to be released as surprises the end), and perhaps who, since a play likes to have characters (though there are a handful of plays without characters, except, as I’ve said before, where there are no characters, we read the objects or animals or plants onstage as characters).

A narrative must go somewhere. A narrative cannot sit quietly in a corner and never make a move. If it doesn’t move, it is not a narrative. Thus there must be rising action. We call it “rising” because it moves us toward the climax. If it did not, the play or story or novel or even narrative poetry would simply die on the page. Nobody likes to read a dead page, not even a dead page. So the rising action increases tension, makes us become more aware of its destination, and when that tension is as high as it can be raised we have arrived at the climax. A climax is a climax. It resembles a point of completion, as one might say orgasm is a point of completion, but it is more complex than orgasm. The climax is where the tension ends, but it is not the end of the story. Characters are still on the stage or the page. There may be a Why or a How or even a Who yet to be answered. The tension, now reconciled, allows us to relax and perhaps complete suggestions that have been made and must now be dealt with. Let’s compare it with smoking after sex. I don’t encourage anyone to smoke, and if you are having sex, I hope you are protected, but this is what we call falling action, and it leads to the end. The End, as dramatists like to note on the last page.

So. Since that is pretty much all that can be got from the Freytag (triangle or pyramid), let’s approach the subject of structure from a different direction. You should know that novels are based on scenes. A scene is just that: a place where people, animals, plants, possibly viruses and cells, maybe a handful of aliens or Orcs or vampires, and objects cohere simply by being in that one place. It is the author who sorts them out, deleting some and adding others and finding connections among them. Most scenes are not book-length. Most books contain a number of scenes. Dialogue tends to give rise to scene, unless scene gives rise to dialogue. (Both can happen.) If you have ever been to a movie or a play, you already have an idea of what a scene is. At some point, your cast of characters will shift from here to there, some dropping out and others coming in, and then you have another scene. A novel without scenes might be written but is unlikely to hold your interest.

As the word “scene” itself suggests, a scene is something like a picture. You are showing us your cast, et al., in action, in place, usually occurring in a certain bracket of time, and in relation to one another. How we see them is, of course, in language, and this means you will want the words you use to be appropriate to your characters but also vivid, telling, revealing, their comments funny, mean, dark, mysterious, raucous, whispered, frightened, angry, alive. Most of all, alive. Your words define them. It is your duty to make them live. Without you, they die on stage or page, listless, languishing, fading into nonexistence. Minimalism can be difficult to do precisely because there may not be enough words to register or reflect the scene. Not impossible to do, but difficult. And on the other side of the library, the long novels of the 19th century still resonate because the scenes were so well done, all the necessary (necessary!) words present, the scene engraved on your mind. 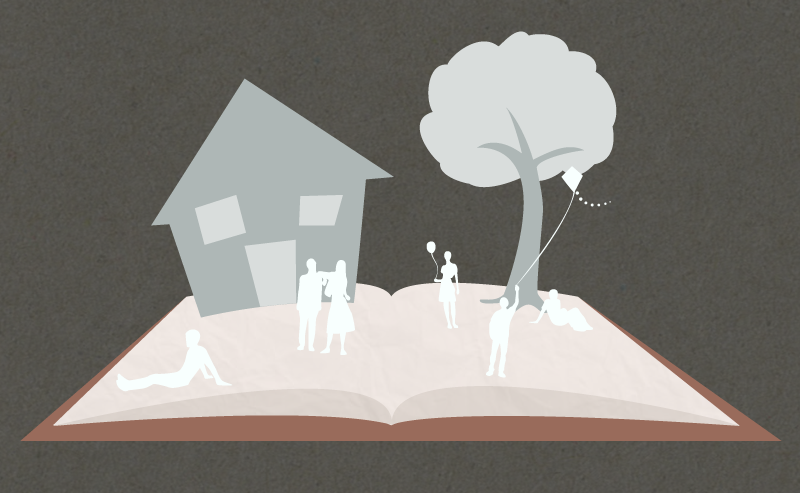 There are many prompts and games that help us to write dialogue if we need help. Bat them out. They don’t have to live forever; they exist for the sake of learning, not knowledge. Give yourself prompts. Make up some characters and let them converse. This is ground work, not even house cleaning, but it is infinitely helpful. And you don’t have to show it to anybody. Not a soul. Not unless you want someone to see it.

Sentences are different. You need to pay attention to them and to what you are doing with them. We often start writing thinking we already know how to write a sentence. Believe me, we don’t, or rather, almost none of us do.

You need that opening sentence. You need the sentence that follows it. You need the sentence that follows the second sentence. In time, you will need the last sentence and the penultimate sentence. And all these sentences and more have to work. They are what hold up the foundation and all the rooms. They lay out the scene. They show us where we are going. They take us everywhere we go in the story. They introduce us to the characters, tell us how things are around here, what’s on people’s minds, the turtle stuck in mud and needing rescue, the small dog sad to be left out while everyone’s talking, the sky dawning or deepening, the rake propped against the house, the bird barely heard. A sentence is a way of seeing.

It is also a way of hearing. You want your sentences to echo or contrast with what you are saying. A sentence may be straightforward or mysterious or playful or something like a line in a poem, but it must always, always, be interesting. Even describing what does not exist, you are informing the author, and information is useless unless it is interesting.

Each sentence comes with at least one tiny nub or mite or byte of information. If you have more than one byte, pick the one that strikes you as the most interesting. Latch onto it. You are now playing a game of checkers, or, since you have an opponent to outwit, chess. The opponent is named Boredom. You may start in Shanghai or you may start in your own backyard and end up in Shanghai. You may jump the moon. You may burrow into the skin of a character — i.e., a significant representative of a human being, of whatever shape, size, and appearance (a dog, a bowl, a mound of sand on a stage, robot, tree, even an image of us) — and speak from there, from the heart. •