We all have fears, dark premonitions about the future, troubling recollections of the past, anxieties about the present that weigh on our minds and ruffle our sleep. Have I been a loving parent? Was I to blame for my divorce? What possessed me to vote for a Republican? Is she faking her orgasms? It may be that my life is very far from being the model of responsible engagement that I like to imagine it is, but there’s one particular fear that haunts me above all the other slippages, insecurities, and moral failings that must be held to my account: I worry that I’m Cecil Vyse. 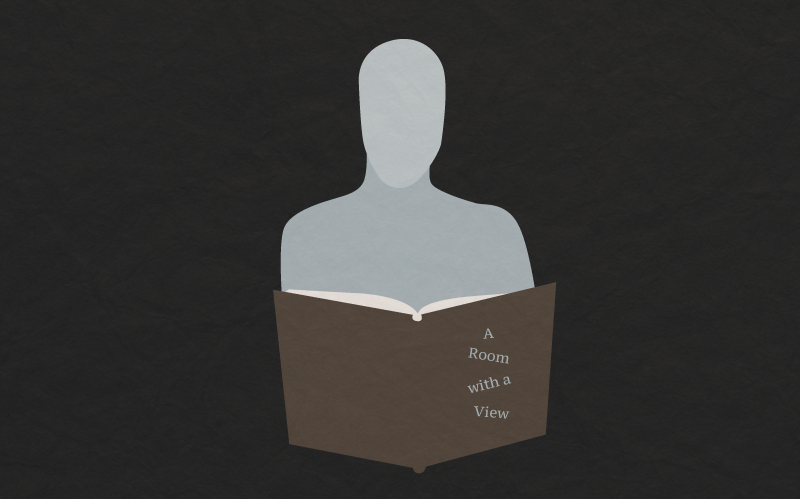 Even in my worst moments, I know that I’m not really as awful as Cecil, who manages to be offended by the comic songs his prospective brother-in-law knocks out on the Honeychurch piano. Forster was writing a comedy of manners, which necessarily entails some exaggeration. In fact, whenever I read an English comedy of manners, I always feel, at least initially, that the manners and mores held up for inspection are far stranger than anything described in anthropological accounts of what used to be called “primitive” societies. But that’s letting myself off the hook. Although American social codes may be less intricate than British ones, it doesn’t take much to extrapolate from theirs to ours. Human folly conditioned by class — the basic theme of Forster’s novel — happens anywhere. The pain of recognition you experience in reading A Room with a View will depend upon your perceived distance from a character like Cecil Vyse. If you are Cecil Vyse, no comedy will ever seem more tragic.

I used to think that my passion for rock and roll music buffered me from the excesses of delectation embodied by Cecil. That, too, was an illusion. When Cecil praises Lucy for her daring selection of music at an informal piano recital — “How she kept to Schumann when, like an idiot, I wanted Beethoven. Schumann was right for this evening. Schumann was the thing.” — he sounds exactly like me rhapsodizing over some disc jockey’s preference for Arcade Fire over Radiohead. Furthermore, the familiarity with alternative and cult rock and roll bands that I once considered demonstrative of my populist authenticity now demonstrates, if anything, the very opposite. Never mind Arcade Fire and Radiohead. What do you have to say about Nas and Snoop Dogg? I have nothing to say about Nas and Snoop Dogg. I might as well be wearing the pince-nez that Daniel Day-Lewis affects in his brilliant impersonation of Cecil in the movie version of A Room with a View. 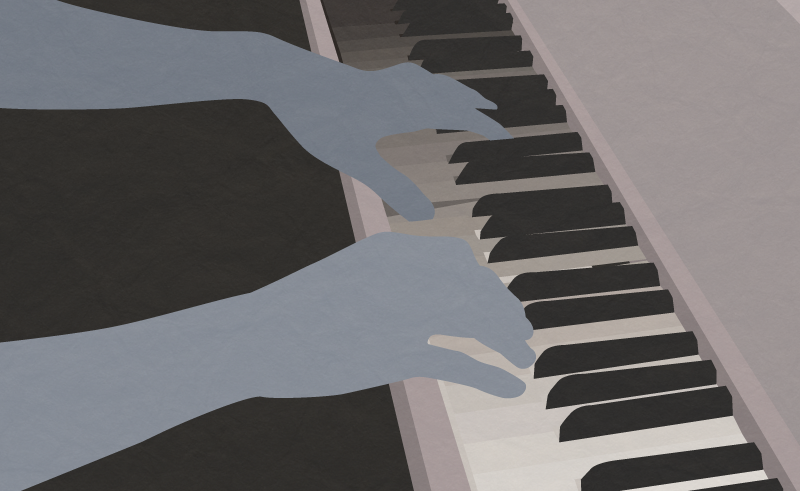 I take some consolation in knowing that other aesthetes easily out-Cecil me. Some of them are my friends. Years ago one of them, an obsessive balletomane, deemed me worthy of an excursion to City Ballet at Lincoln Center, where he worshiped seasonally at the altar of George Balanchine. I failed the test. Although I go to pieces over the vernacular style of Rogers and Astaire, the language of classical ballet remains as foreign to me now as it did then. My evening at the ballet, however, did teach me one thing: I had a long way to go if I were to rank myself with the real cognoscenti. Within two minutes of the opening curtain, I could hear my friend Al weeping for Beauty in the darkness of our private parterre. He excused himself from the second of the evenings’ three programs, which featured a dancer so unspeakably vulgar in Al’s eyes, so grossly insulting to the legacy of Balanchine’s genius, that all Al could do was pace the lobby impatiently until the curtain rose for the third program and Art was restored. Actually, I thought the guy was pretty good, but I didn’t dare say so; our friendship might not have survived.

If Al’s behavior at the ballet seems like an exercise in affectation, I assure you he was quite sincere. I know, because I’ve done nearly the same. All you need to drive me out of a room is to play some songs by the Dave Matthews Band. I may not go off in a snit, but one way or another I will get myself out of that room. And the opposite reaction, the tears? Let’s just say I’m more than capable of choking up over the opening credits to a Jean-Luc Godard movie. 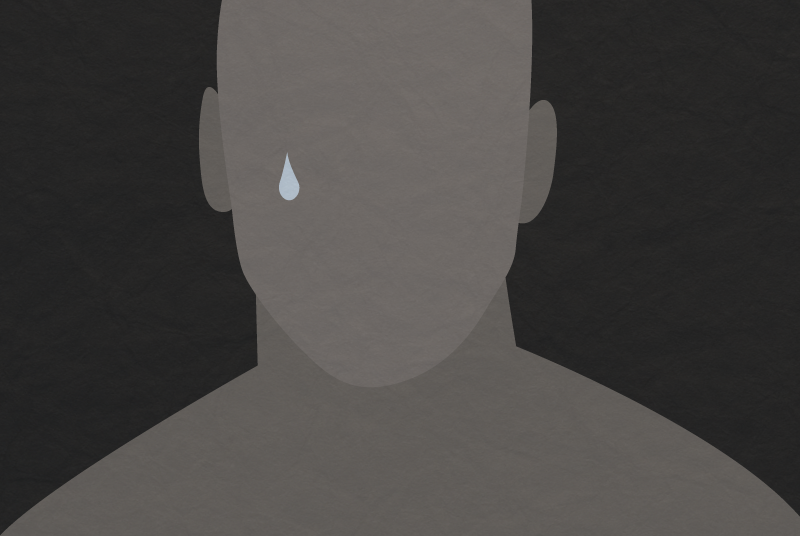 Cecil Vyse isn’t affected either, at least not entirely. He really believes that Lucy’s selection of Schumann over Beethoven matters profoundly and that if she confuses Francesco Francia with Piero della Francesca, he must, simply must, correct her. Yet Cecil’s relative sincerity hardly makes him an ideal husband. Would you want to marry a guy who considers a game of lawn tennis beneath his dignity? So we’re left with an extremely unappealing love interest for the heroine, and I’m left with some uncomfortable parallels between Cecil’s attitudes and my own. What a relief, then, that Forster allows Cecil some redemption when Lucy, whom Cecil thought he was shaping into a paragon of exquisite taste, dumps him. After a moment of shocked disbelief, Cecil grasps the plain truth, and speaks it: “You don’t love me, evidently. I dare say you are right not to . . . I must actually thank you for what you have done — for showing me what I really am.”

Might there be a lesson here? Yes there might be, for anyone not blinded by the Vysian notion that the one thing literature must never do is impart life lessons. Through all the varieties of new criticism, deconstruction, and cultural studies that I imbibed in college and graduate school, the idea that literary study might involve personal application rather than impersonal analysis was simply inadmissible. And it’s true that great writers are apt to make very dubious “life guides,” a point cogently expressed by the literary scholar Richard Poirier: “there is little evidence, I think, that people of conventionally achieved literary culture or people who produce it are any better at ‘the exploration of life’s problems’ than are some, and not a few, who cannot read or write.” E. M. Forster, for example wrote A Room with a View wholly innocent of what was then called “the facts of life.” He literally didn’t know what Lucy and her husband (the honest workingman George Emerson, who at last prevails over the unsuitable Cecil) would do with and to each other on the night of their honeymoon. Is a writer with less knowledge of adult sexuality than that of an average 12-year-old to be trusted as a moral authority? Well, actually, yes. If you’re experiencing A Room with a View rather than writing a paper about it, you don’t have to worry about the very real distinction between literature and literary study. You might get more out of the experience if you’ve read a paper about the playful indirection of Forster’s narrative voice or of the strategies that Forster, as a gay man, employed to suggest same-sex attraction. But if you spend your time reading thoughtful novels like A Room with a View, you’re probably open to the possibility that E. M. Forster, with all the personal and cultural limitations that he, no less than any writer, could not escape, might have something to say to you about certain class-bound assumptions that perhaps you’ve taken for granted. And if you read carefully enough you’ll be aware of strengths and weaknesses, of ambitions undertaken and effects achieved (or not achieved) that can only enhance your experience of the book. But if A Room with a View teaches you anything, it’s how to read in the spirit of E. M. Forster rather than in the spirit of Cecil Vyse: that is, with patience, generosity, and due allowance made for fallibility on the part of both author and reader. I regret that it took me so long to absorb this lesson; I had a lot of literary theory to unlearn. I’m still unlearning it. One of these days I’ll pick up A Room with a View and not have to wince. •