My Atta Joann bought her house in Skokie, Illinois the same year that I was born. My parents had been living in Michigan for quite some time after moving from Chicago, but even with a toddler and a full-time job, my mother would still come with the same frequency as if she were still a bachelorette on Devon Avenue to see her sister for baklava and a cup of black tea.

I grow up at my aunt’s breakfast nook, always the weary traveler. I come as a tired kid from Ann Arbor who drinks tea only if it is steeped in milk and drowned in sugar. I see family and friends — lines blurred between who was who — nearly always cramped in the small kitchen, shouting over one another in neo-Aramaic as my aunt elegantly sweeps through with a tray of teacups for the table, already full of cheese, eggs, and bread for those who end up there.

I am five years old. My parents join the great Assyrian-American migration from the Midwest to the West Coast. My mother, fed up with snow like the rest of the migrants, refuses to leave Arizona now that Phoenix feels more and more like the Baghdad of her medical school days. She returns to Chicago less and less until, eventually, I am a teenager navigating O’Hare alone during Christmastime, always to stumble from my aunt’s Jeep Liberty into her kitchen into fresh bed sheets after a four-hour-long flight.

I always end up sleeping in while in Skokie. I’ll creep downstairs around 11 in the morning and worry about being alone in the house only to find a spread of food and a pot of hot, fresh tea waiting on the burner. Everything that could potentially be conceived as breakfast food waits on the table: samoon and lavash from the local Assyrian bakery, white toast, wheat toast, English muffins, sheep cheese, goat cheese, yellow cheese, cream cheese, butter, Smart Balance buttery spread, fruits, jams, jellies, and honey. My uncle, having heard my footsteps, comes in, give me a big kiss, and asks if I could use some fried eggs. 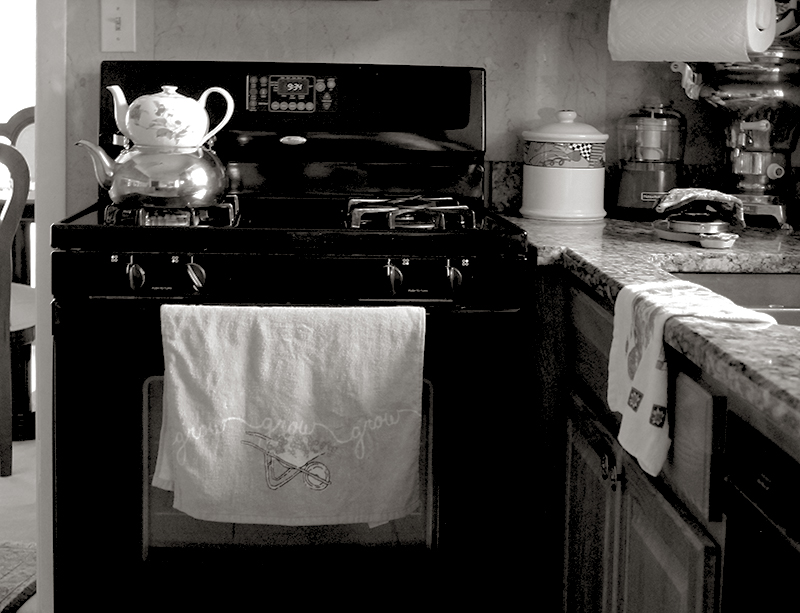 Joann and my mom grew up on a breakfast of cheese and bread. My mother doesn’t reminisce frequently about her young years in Hibbaniya. When asked, she will only say, “Ah, we were poor, we were so poor. . . but we were happy,” with a large grin, and she will go back to work. But when in an Assyrian kitchen, any Assyrian kitchen, her mind goes back to the lavash made fresh in the communal kiln and the simple farmer’s cheese that her mother would tuck in before she went to school. During the winter, neighbors would make the humble goopta thoomurta — Assyrian for “fermented cheese” — by vacuum sealing a cheese blend and fermenting it in the ground for three months.

Joann left for University of Illinois at Champagne on a scholarship granted by Prime Minister Abdul al-Karim Kassim himself, along with a shower of small gifts from the Iraqi government. She decided to stay and took a teaching job in the northern suburbs of Chicago, which would go on to become the hub of Assyrian-American life after Kassim’s execution by a Baathist-led coup in 1963. Since ISIS displaced 500,000 Assyrians from Iraq and Syria in 2014, Chicago may now boast the largest Assyrian population in the world.

Most of those who came after my aunt arrived as refugees and brought along their own homesickness. Those who decided to leave Iraq after the rise of Saddam Hussein initially found comfort in the similar foods of neighboring countries — tabbouleh in Lebanon, hummus in Greece, lavash in Armenia — but those who left the Middle East during the Iran-Iraq War found themselves in strange lands of bundt cakes and Snickers salad. Joann once remembered when a recent immigrant was burying goopta thoomurta in his yard in the 1980s, and the Chicago Police Department showed up because neighbors thought he was hiding a body.

I left the country for the first time when my parents took me on a three-week trip to Europe when I was eight. We spent the first week in London, where we stayed with an Assyrian couple, Mattay, and Vicky. As it goes in tight-knit Assyrian communities, Dad grew up with Mattay, Mom grew up with Vicky, and the two ended up married. Vicky would make sure we woke up to fried eggs, sausage, fried tomatoes, breads, tea, and at least three kinds of cheese, and she would graciously force the rest of the house to call it breakfast and pretend it wasn’t two in the afternoon. She noticed by the third day that I reached for the Dutch Gouda more than the other cheeses, and she bought three more packs before we left.

We stayed in a Paris hotel for a few days before crossing over to Germany, where we visited a large Assyrian family in Homeburg to which I apparently had a distant relation. Breakfast was the very same bread, cheese, and tea, only adapted to German availability. Paris let eight-year-old me get away with chocolate chaud for breakfast, but I remember London and Homeburg as Atta Joann’s breakfast nook. 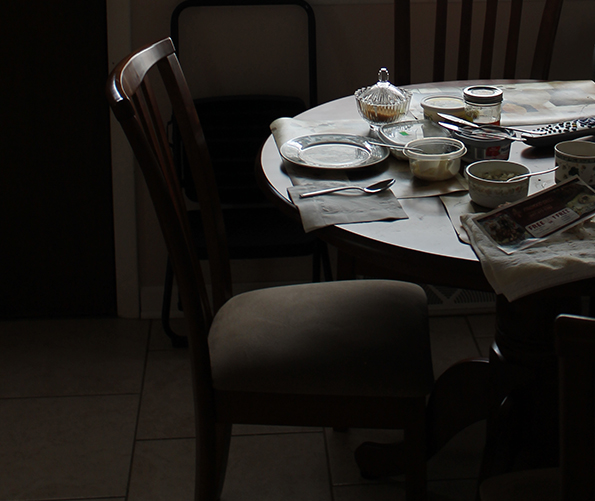 The Assyrians who made my bed and served my breakfast were unknown to me before I arrived, but with breakfast on the table, they become close relatives and old friends. With a shared ancient language, similar marriage stories, and the same strong black tea, relations blend into one another until one forgets who shares familial blood and who doesn’t.

When my mother speaks of old friends and relatives like those in Europe, they may as well be across the street rather than across continents, enjoying a cup of tea in a one-room house in Habbaniya, as she remembers them. Today, they remain the same, only they drink their tea elsewhere, buying different breads and cheeses in foreign lands subjected to different ideas of family and fatness.

An only child — a rare case in a big Assyrian family — I didn’t understand how I would ever learn to cook my mother’s dolma or booshalah without the auxiliary of women to help roll and chop and knead. For my first year living alone in Philadelphia, I would set out with the two Assyrian students I knew in the city to scrounge some sort of taste of home. We’d try to get our hummus and pickle fix at Dizengoff, only to come to terms with our meager college budget and my diehard loyalty to my mother’s hummus recipe, written after years of trial and error. I would swoon at the smell of baharat spice wafting from the halal trucks that line our Philly campuses, but no chicken and rice compares to the kind my mother has learned to make with instant mashed potatoes and Vegeta. I gave up on the searches and sought out what I would naturally pick up from Philadelphian food culture: cheesesteaks in South Philly or piping hot soft pretzels or fatty, succulent Amish meats, as our fathers would really do if they had started American life in Philadelphia. My father assumed American food almost as soon as he arrived in the US, adopting donuts and roast beef sandwiches and simple weeknight chicken cacciatore as if he too was an American bachelor learning to cook in a college apartment like the rest of his peers.

It isn’t until I host friends visiting from Phoenix or Chicago in my cramped student apartment that I understand the meaning of Assyrian breakfast. I break out the loose leaf tea I buy from Reading Terminal Market for special occasions and steep some bastardized American floral black tea, and I pick up a baguette, some pita bread, and cage-free eggs from Trader Joe’s along with whatever dairy products struck my fancy, and when they wake up, I grab whatever could conceivably be spread, scooped, or drizzled on bread and set each on their own plate. I go to the teapot smiling, knowing I’ll always be either the weary traveler or the one who makes beds and pours tea. •

Images courtesy of the author