My youth was filled with warnings. “Just Say No,” “This is Your Brain on Drugs,” and “No Means No” pervaded the cultural ether in the early ’90s. The advice came from our teachers, police officers who came to our classrooms, and my parents. My mother was particularly good at training me to recognize and avoid stranger danger. As a kindergartner, I learned adults never ask for help from children (which now as an adult myself, I can confirm; they are useless at directions). If a stranger attempted to pick me up, I was to yell “NOT MY PARENT” as I melted into dead weight, rendering me nearly impossible to transport into a vehicle. And if a family friend came to pick me up from school, my parents and I had a secret code to ensure they were legit messengers vetted and verified (PocahontasDaisy, if I recall correctly). As far as I can tell, no attempts were ever made, but I was (and continue to be) on the lookout for shenanigans. My friends have similar stories regarding the ways in which they were warned against becoming victims — with similar threads — stranger dangers, candy vans, and codes. Our parents clearly survived their youths in order to pass down these lessons, which made it all the stranger that they were so afraid we wouldn’t survive ours.

By my birth in 1985, there had been two world wars that affected generations of our families. Men came home traumatized, women shifted their priorities, children adjusted until they inevitably feared Russians and nuclear war. As if Charles Manson’s destruction of the ’60s had been a battle cry, the 1970s and ’80s saw the proliferation of high-profile serial killers like John Wayne Gacy, Ted Bundy, Robert Hansen, Richard Ramirez, and the Zodiac Killer (and that’s just a handful) invading the public’s conscience. They were the “everyman” who lived in any town next to any person. Bundy was a charmer who volunteered at suicide hotlines. Gacy and Hansen were pillars of their community. And the nameless — like Zodiac — were so adept at blending in they were never caught. 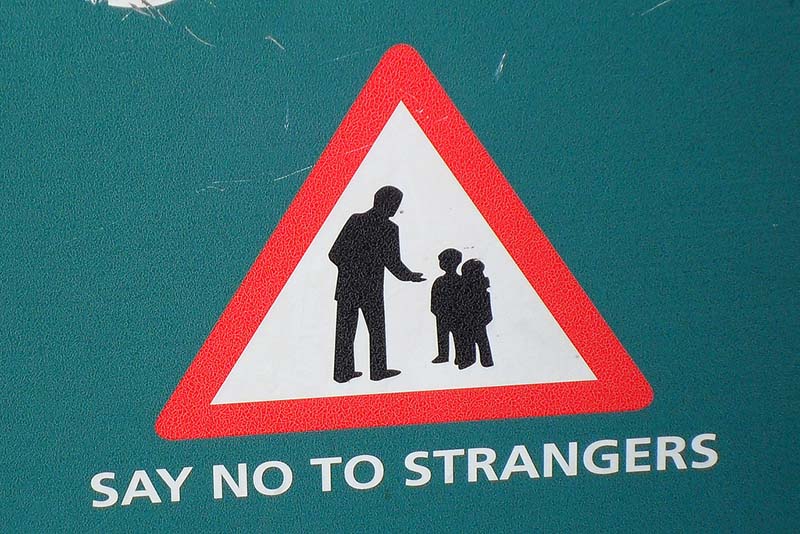 My parents were two in 1959 when Dick Hickock and Perry Smith killed the Clutter family. The description of the home in Capote’s foundational true crime text, In Cold Blood, was not too far off from my grandparents’ home in Western Pennsylvania. A tight-knit yet sprawled community situated in the middle of nowhere, 20 to 30 minutes (by car) from the closest town. Safe, in theory, but vulnerable to horrific crimes such as what is described by Capote. They were pre-teens when the Tate-Labianca Murders took place and were 13 when Charles Manson and family received death sentences. My mother was 17 when Debby Jean Kent disappeared from their mutual hometown of Bountiful and became one of the four Utah teens to be abducted and murdered by Ted Bundy. It was no wonder that when I was a kid, if any adult came up to me asking for help, even a person in a cast, I was to run directly to her. Fear and uncertainty percolated throughout my parents’ childhoods. My mother talks of how weekends were spent at the movie theater, my grandmother dropping her off with a couple of bucks for an afternoon out of the house without supervision. That sense of freedom and trust that came with living in small town Utah no doubt changed with Debby Kent. My mother was 21 when Jim Jones led his followers to mass suicide and homicide in Jonestown. Even a decade later, the thought of giving me grape flavored Kool-Aid left her uncomfortable. Dimetapp cold medicine and grape soda was the closest I got to that manufactured, sugary, fruity taste.

Past fears were reinforced by domestic tragedies. Nancy Kerrigan screaming in agony after being attacked in the safety of an ice skating rink. Susan Smith drove her two children into a lake in 1994 and spent days crying on television asking for help before turning herself in. OJ. Jonbenet. Oklahoma City. Columbine.

I remember these incidents from television. I interacted with them from a distance. These stories became spectacles. If this one murder was featured on television, how many were left uncovered and undramatized? They became memorialized as metaphors for the everyday perils that existed. A few years ago, I was talking to my friend about murder and marriage. Marriage, for me, is less enticing when repeatedly watching narratives involving spouses snuffing out their partners for insurance money to avoid uncomfortable divorce confrontations, or so they can more easily run away with their lovers. These couples all started out romantic. They were happy. Then one became less happy and another went missing. My friend replied, “You know that only happens to less than one percent of the population? It’s very unlikely.” In essence, I watch too many Datelines and Deadly Women episodes, reinforcing the fears I already had — the fears ingrained before I was even conscious of them. 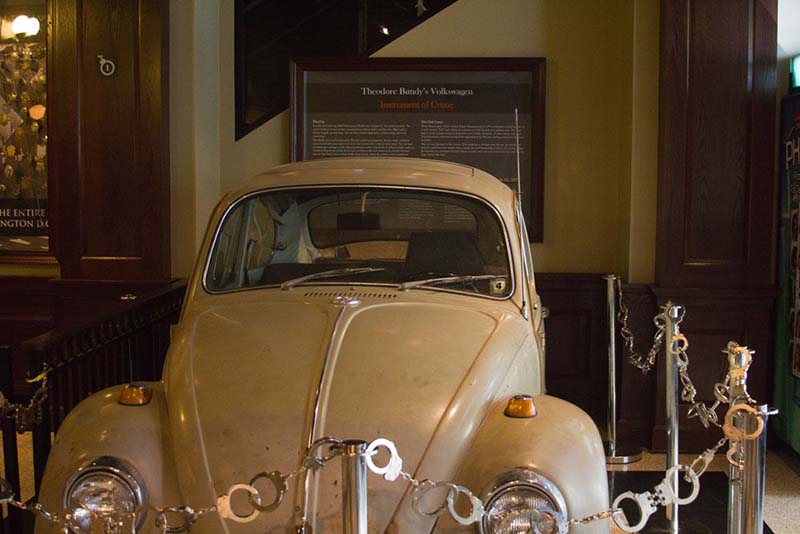 Of course, I didn’t watch these programs to reinforce fears as much as to feel reassured by the narratives. Comfort and true crime don’t go together, but the familiarity is in the methods of storytelling, where elements like instincts and suspicions are supported. Suspicious victims aren’t crazy and their gut instincts not wrong. By watching, I became more prepared to tackle the dangers that would no doubt find me.

As with most things, fear rhetoric changed with 9/11. It was no longer our spouses and neighbors trying to abduct and murder us, but a force from outside. Even in a small town in Western Pennsylvania, trauma and fear took hold. Our school had screens in each classroom, and for the entire day, we walked from screen to screen trying to figure out what this was and why. I don’t remember words happening that day, though I can’t imagine an entire school full of kids going silent. We were all ghosts, in limbo and aimless. The focus became on “others” and a dangerous nationalist thread ballooned to the surface. From that point forward, the world became measured in terms of “before” and “after.” While it would be false to say that we were wrapped in feelings of security and safety before 9/11, the threats that dominated our consciousness changed. Our safety became absurdly color coded, literally, paralyzing us in the most fucked up game of Mother May I. Everything became a bit more amorphous and came in the forms of spectacles. Terror was not individualized, a personal issue, as much as it became a collective experience. Terror became a norm, though not in the way we thought in September 2001. We had Dylann Roof opening fire in churches. James Holmes and John Russel Houser wreaking havoc in movie theaters. There were the Elliot Rodgers, Chris Harper-Mercer, and Adam Lanza’s sprees in Isla Vista, Roseburg, and Sandy Hook. And we can’t possibly forget the Pulse shootings, Boston Marathon bombing, and San Bernadino. Whereas prior to the attacks, instances of mass violence seemed rare-ish, they became all too familiar. The magnitude changed – I no longer feared individuals but spaces and ideas. I feel myself slowly being pulled by an undertow of panic as I tiptoe around waiting for a conglomeration of nations to unleash nuclear our way while nationalism provides false entitlement to white supremacists aching to violently eradicate who they perceive as “others”.

Now, instead of pondering how I can even crush on somebody when they are bound to murder me in my sleep, I imagine the likelihood of bombs going off in my neighborhood. I caught myself in a movie theater considering exit strategies in case a shooter wanted to prove something to the 12 of us in the audience of a foreign film. With the current climate, I’ve gotten a bit depressed, falling down the rabbit hole of what will happen to my cats in a nuclear war. If there is an attack on the hospital next to my building, can its infrastructure handle the impact? How will I be able to wrangle the cats, let alone shove them in their carriers? I’m often consumed by the potential. Threat is a feeling, but one that is amplified by coded words and visual repetitions. It is difficult not to assume a risk, when, regardless of venue, the potential for destruction hovers. That’s one of the points of violence that we don’t really get into — the fact that it is never just the act itself, but rather the aftershocks that we carry with us. Humans have continuously demonstrated how monstrous and downright inhuman they can be and leave in their wake a thread of paranoia and distress impossible to un-teach. Nowhere seems safe. 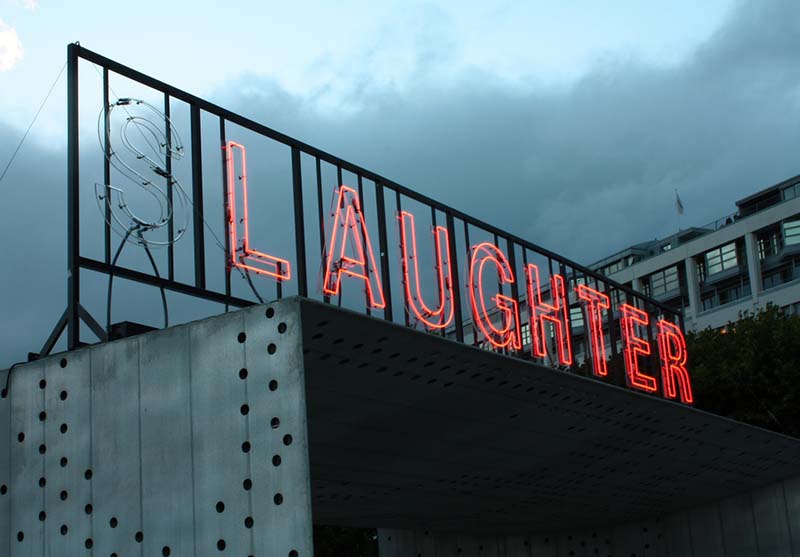 The theme of haunted memories has been following me for the past few months, reinforcing my own difficulties to ignore the horrors of the past and live in the present with fear as a guide, not a standard experience. I have had more random conversations regarding Soul Asylum’s “Runaway Train” over the past couple of months. Most remember the pictures of missing teens incorporated into the music video, but when I describe the scene that still haunts me, where a teen girl is thrown into the back of an unmarked van with the implication of rape, I’m looked at with blank stares. It is a brief glimpse within the video’s scope, but it was enough that even 25 years later I feel unsettled. I decided to finally watch A Man Called Ove, a narrative about a man consumed by memories of his deceased wife and his attempts to maintain the order of his life with her. I had no clue, however, how steeped it was in sadness and memory — I just knew it was Scandinavian and Ove begrudgingly befriended a cat. I’m teaching a war film class and each week I’m struck by how important memory is to understanding the past and particularly the way memory constructs and fosters feeling — the immediate stops, but trauma dawdles.

The harm left by those who commit atrocious acts is not solely in the mark of violence (be that physical, emotional, psychological); rather, it is the reverberations. Ted Bundy was horrible for murdering all those women and even more so for leaving a narrative thread full of threat for people to pass along to their children. If clowns weren’t feared before Gacy, they sure have been spoiled since his arrest. They helped create the myths that allow those who blame victims feel less guilty — the “should have known better” brigade who use shame to divert accountability. Their legends have eliminated the randomness and chaos inherent in these crimes — that victimhood is inevitable. The greatest reveal murderers such as these have pulled was convincing the world there were others out there, leaving us with a mess of memories, traumas, and fears. •