Writing this in late October, it seems clear to me that no matter what happens on Election Day there will be no feeling of victory. I will drink to forget, not to celebrate, whether the next president is declared to be Hillary Clinton or Donald Trump.

If Donald Trump becomes president, this will be an obvious disaster for Muslims, for women, for African-Americans and Hispanics, for those living below the poverty line . . . basically for everyone in this country who is not a billionaire. And it will be a disaster for the world, as Trump’s administration is sure to worsen, if not set off, humanitarian crises around the globe.

But as a feminist, I am offended by the idea that I am supposed to be excited about the possibility that Hillary Clinton will be our next president, and I am tired of people confusing “women” with “feminists.” Because with her neoliberal agenda, her history of dismissing the needs of women and children, and her internationally hawkish nature, Clinton’s election is a victory for one woman, not all women.

The fact that such a large number of prominent feminists, from Gloria Steinem of the second wave, to Michelle Goldberg of the third, to Millennial writers like Jessica Valenti, Lindy West, and Sady Doyle, indicates that feminism itself has lost its deeper, politically radical meaning. If we are to celebrate Hillary Clinton’s presidency as the epitome of the American feminist movement, then mainstream feminism itself has abandoned its priorities of fairness and equality for all women in favor of economic gain and power for the elite few.

Even if we use the very basic dictionary definition of feminism, “the advocacy of women’s rights on the grounds of political, social, and economic equality to men,” Hillary Clinton has consistently failed to show feminist loyalty. The recent Liza Featherstone-edited anthology, False Choices: The Faux Feminism of Hillary Rodham Clinton is a good reminder of all of the ways, through a long political career, Clinton has valued power over justice.

Hillary Clinton’s support for the gutting of welfare during her husband’s administration, hurting women and children the most, has been well documented and discussed. In the anthology, Frances Fox Piven and Fred Block do a concise and well-written summation of this disastrous attack on social services that created a precarious lower and middle class, leaving them even more vulnerable to the recession of 2008. Today, despite economic markers moving upward, many are left with inadequate support, hungry and forgotten, and ineligible for benefits thanks to the Clinton administration. 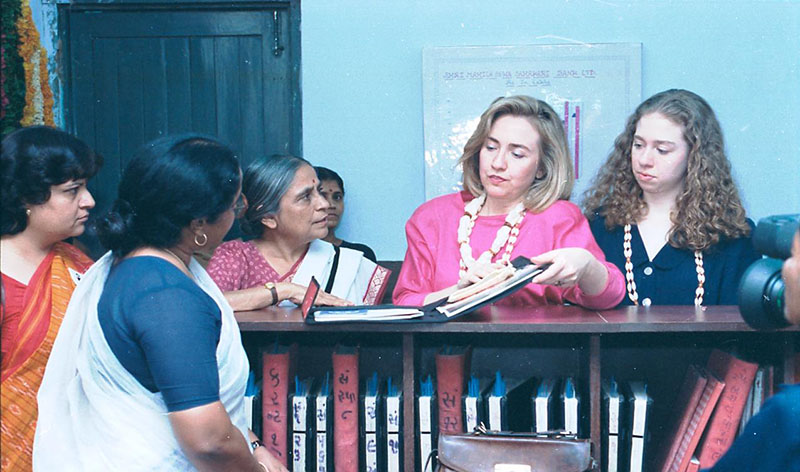 It is unfair to give Hillary Clinton the responsibility for her husband’s policies, and yet her own economic policy positions toward the impoverished still emphasize “personal responsibility” and full employment, despite these ideas becoming increasingly delusional in an economic system that props up Wall Street, the very wealthy, and a business culture that would rather “give back” through foundations and charity than taxes (meaning fashionable causes will attract more support than the unsexy necessities for living with dignity). Whatever lip service Clinton gives to the progressives about raising taxes on the richest Americans, the system is still rigged toward the wealthy and against everyone else.

In her op-ed for The Guardian, Lindy West lists Hillary Clinton’s pro-choice stance as her first reason for supporting the candidate. She writes, “This means she does not want to force anyone to give birth to their rapist’s child, or carry a dead foetus inside of their body for 20 weeks, or derail their future because sex is great and everyone has it and accidents happen, or otherwise be a nonconsensual incubator of any kind.” And yet what does being pro-choice mean in a country where it is incredibly difficult to obtain abortion services if you live anywhere outside of major urban areas? Unless that pro-choice stance is backed up by a real policy plan to subsidize abortion for those who can’t afford it, increase the number of providers by incentivizing medical students to train in the procedure, and fighting against mandatory waiting periods and other frivolous restrictions. Again, it is the privileged few — the sophisticated, urban, educated, ambitious, and financially stable women — who stand to benefit from another Clinton administration, rather than the large number of women in the rest of the country who might have to cross state lines and pay an extraordinary amount of money to find an abortion provider.

In Maureen Tkacik’s contribution, “Abortion and the Politics of Failure,” she points out that Democrats pander to their female base by saying they are pro-choice while doing almost nothing to improve access to birth control and abortion services. “This would be somewhat less noteworthy if the American abortion rights lobby were more like labor unions or retirees or basically every other constituency historically understood to constitute the Democratic ‘base’ — that is, chronically betrayed and abandoned by its own corrupt and amoral ruling clique — but it isn’t,” she writes. Democrats, particularly Hillary Clinton, use their pro-choice stance to rally the base but then consistently disappoint their supporters by making very few policy changes. All this ever seems to mean is nominating Supreme Court justices who would not support overturning Roe v. Wade, rather than improving conditions for women across the country. Meanwhile, women are suffering as a result, stuck between going into debt to afford the procedure, deciding to continue the unwanted pregnancy, or giving themselves a DIY abortion via herbs or high doses of birth control pills. There has been, in fact, a statistical increase in women self-administrating miscarriages and abortions, meaning women are desperate enough to risk their health and their lives to meet their own medical needs. 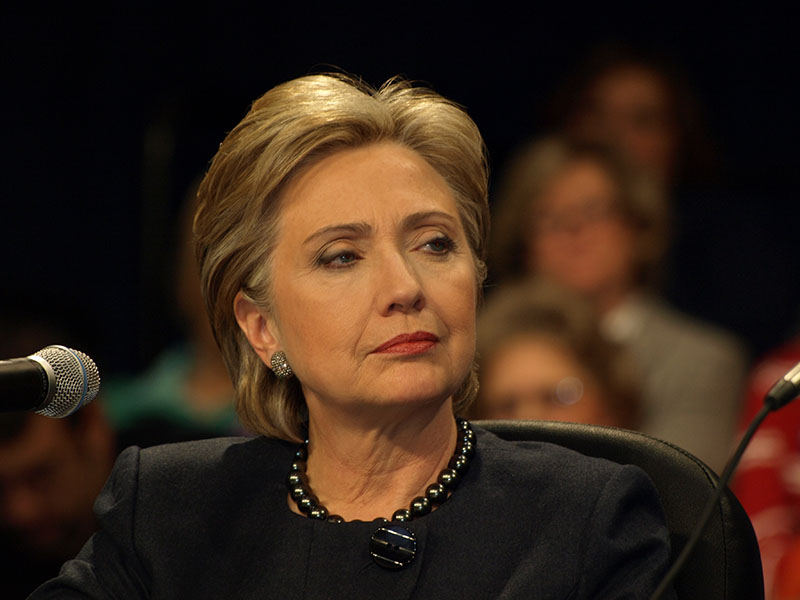 Of course, it’s not only the American women that Hillary Clinton has shown a callous disinterest toward. Her hawkish reign as Secretary of State has led to the deaths of women and children all around the world, through her intervention in Haiti, Honduras, Libya, and other countries, not to mention her extreme pro-Israel position. In Belén Fernández’s essay, “Hillary Does Honduras,” she voices many people’s disappointment with the Obama administration, writing, “In the inaugural year of Barack Obama’s presidency and Clinton’s secretary of state-hood, many inhabitants of the globe still clung to the hope that the new multiracial team might oversee a departure from business as usual in US foreign policy. At the very least, the thinking went, the shameless sociopathy of the previous administration would be turned down a notch.” And yet, between the civilian deaths from the Obama drone warfare in the Middle East to Clinton’s advocacy for military intervention across the world, America retained its role as a global bully.

Feminism should not simply mean that women get an equal opportunity to wield power as cavalierly as men have in the past. It should advance so-called “feminine” values like compassion and justice over selfishness and revenge. It’s an imperfect analogy, but celebrating Hillary Clinton as a feminist leader makes about as much sense as claiming Margaret Thatcher as the same. It makes more sense to label them as leaders in the patriarchal mode than pretend they advanced, or will advance, a feminist worldview.

It is dangerous, I think, to make the mistake of supporting any woman candidate, particularly this woman candidate, simply because she is a woman. Even during the election, among the progressive and liberal community, any criticism, even legitimate criticism of Clinton, was shouted down as being misogynistic. If feminists truly want to create a fairer, safer world for women, they have to be able to discuss how best to do that, and not throw blind support behind someone who has a terrible record on this very subject.

The stakes are high in this election, and yet I would rather vote against Donald Trump than for Hillary Clinton, and I refuse to pretend I am doing anything other than exactly that. Let’s not confuse ourselves about what we will be getting out of another Clinton administration. As False Choices makes clear, this election is not a progressive advancement, it is simply more of the same. •