Ever since single-pane windows have given way to their double-glazed cousins, frost patterns have widely disappeared, but these icy coatings can still be found on other surfaces, like car windows. They used to be common on windows of trains traveling across icy landscapes. Appearing where inside and outside meet, they are always threatened with melting. The frost consists of crystals produced when moisture in the air comes in contact with a smooth surface that is colder than the freezing point of water. The moisture thus goes directly from gas to solid.

The sparkling, glittering patterns, growing from below, are delicate, complex, often fantastic. They immediately capture our attention and divert our thoughts into other directions. Seemingly painted by an invisible hand, they can both delight and irritate. They may even suggest a story. Among the most-heard comparisons are with leaves or ferns. Some observers see coastlines, mountain ranges, fig trees. A spider’s web or a peacock’s tail. Of course, frost patterns never look exactly the same, and the interpretations are almost endless. 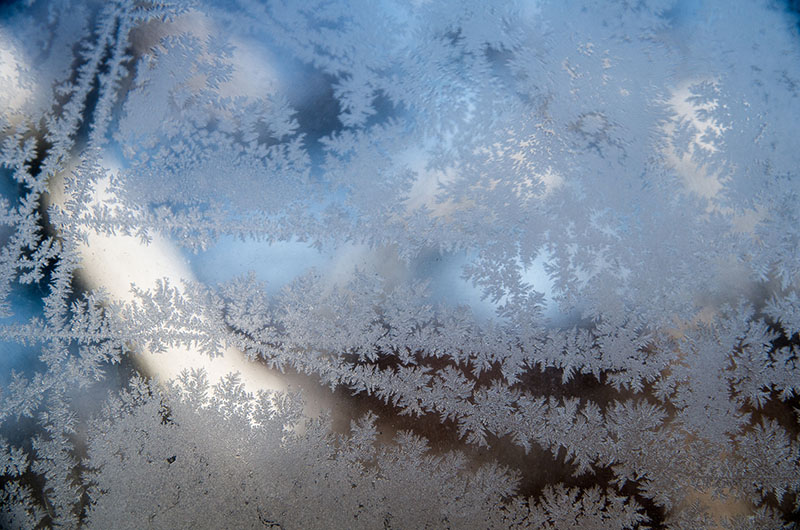 Through a window adorned with frost patterns, the world behind the glass becomes approximate, as if seen through an opal pane. We may fear that we are not really protected from the cold, even inside. The next morning, the climactic mystery may already have disappeared into water trickling down the pane, creating small puddles on the windowsill.

It’s no real surprise that these patterns have perplexed a number of writers and philosophers over the centuries. The crucial questions being: Do they represent a reverberation of living, organic nature? And, maybe: Do they disclose a secret principle embodied in water? 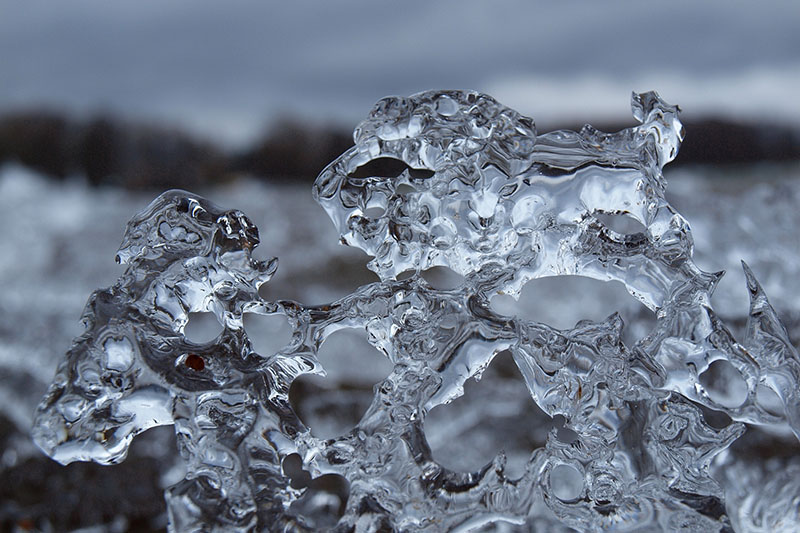 Two hundred years ago, this issue could still stir a lot of emotion. In a letter to the poet Karl Ludwig von Knebel, the famous German writer and natural philosopher Johann Wolfgang von Goethe expressed his objection to elevating these crystal formations to the rank of vegetabilia. This conflict almost led to the end of the two men’s friendship, and could only be settled thanks to the intervention of a third friend.

Some decades later, in his best-known work, The World as Will and Representation, philosopher Arthur Schopenhauer wrote:

The ice on the window pane is formed into crystals according to the laws of crystallization, which reveal the essence of the natural force there emerging, manifesting the Idea; but the trees and flowers formed by the ice on the window-pane are inessential, and exist only for us. 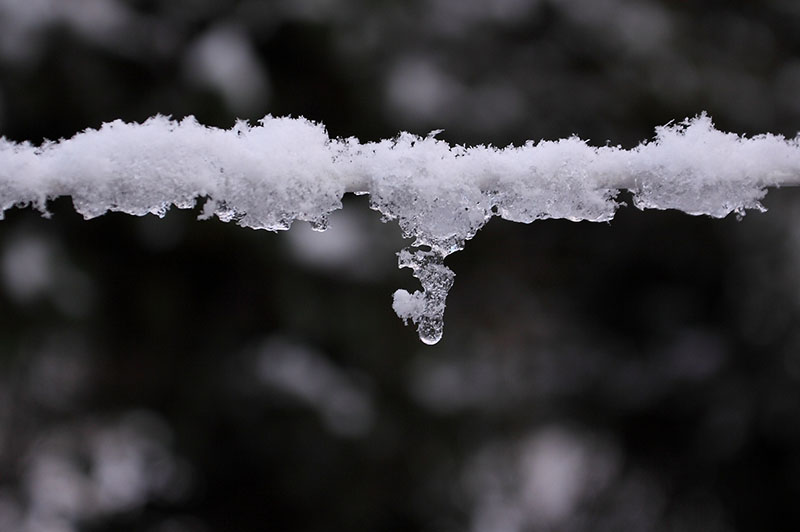 Frost patterns also caught the attention of Henry David Thoreau during his extended winter rambles. In his essay “The Natural History of Massachusetts,” he wrote that “In the winter, the botanist needs not confine himself to his books and herbarium, and give over his outdoor pursuits, but may study a new department of vegetable physiology, what may be called crystalline botany, then.” Because for him,

vegetation is but a kind of crystallization, every one may observe how, upon the edge of the melting frost on the window, the needle-shaped particles are bundled together so as to resemble fields waving with grain, or shocks rising here and there from the stubble; on one side the vegetation of the torrid zone, high towering palms and wide-spread bannians, such as are seen in pictures of oriental scenery; on the other, arctic pines stiff frozen, with downcast branches. 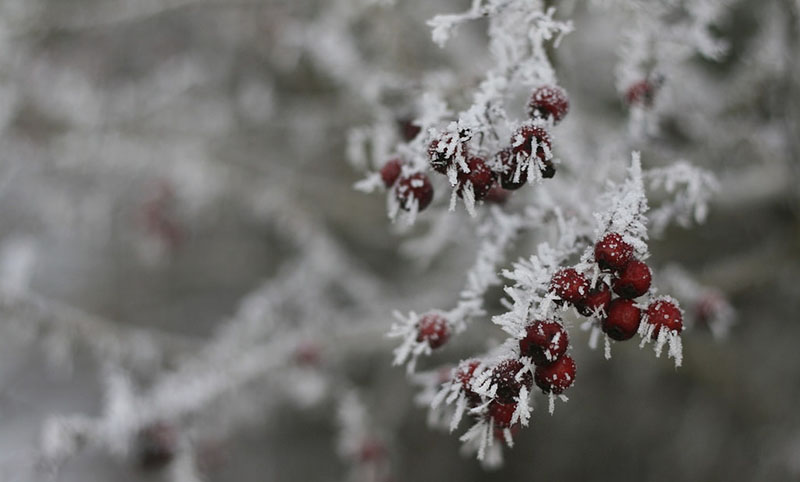 German writer Thomas Mann took up the paradoxical character of frost patterns in his novel Doctor Faustus, which he wrote in his house on San Remo Drive in Pacific Palisades during his exile in America. His protagonist Jonathan Leverkühn “took similar pleasure in the work of Jack Frost, and on winter days when precipitated crystals would fill the little windows of the Buchel farmhouse, he could sit for a good half-hour examining their structure with both the naked eye and his magnifying glass”. And the same question comes up again: “Were these phantasmagorias an imitation of plant life, or were they the pattern for it?” Mann found an elegant solution:

Neither, he presumably replied to himself; they were parallel formations. Nature in her creative dreaming, dreamt the same thing both here and there, and if one spoke of imitation, then certainly it had to be reciprocal. Should one take the children of the soil as models because they possessed the depth of organic reality, whereas the ice flowers were mere external phenomena? But as phenomena, they were the result of an interplay of matter no less complex than that found in plants. If I understood our friendly host correctly, what concerned him was the unity of animate and so-called inanimate nature, the idea that we sin against the latter if the boundary we draw between the two spheres is too rigid, when in reality it is porous, since there is no elementary capability that is reserved exclusively for living creatures or that the biologist could not likewise study on inanimate models. 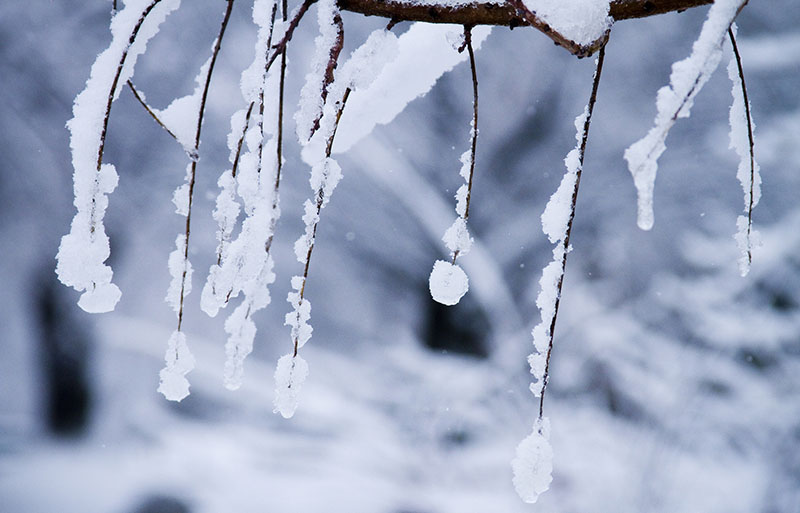 But what exactly happens during the process of nature’s “creative dreaming” or “crystallization”? Is there a lesson to be learned on the microscopic level? Karina Morgenstern of Leibniz University Hanover in Germany, who researches ice crystal formation on various surfaces, has an answer:

Already the smallest ice crystal has a hexagonal structure, which leads to edges right from the beginning of growth. The patterns start to grow at impurities or scratches. Further water molecules of the surrounding air attach to the initial crystal and then grow a specific pattern that depends on the humidity of the air and temperature, which both can change during their growth. These and imperfections of the glass support lead to the rich variety of frost patterns observed. 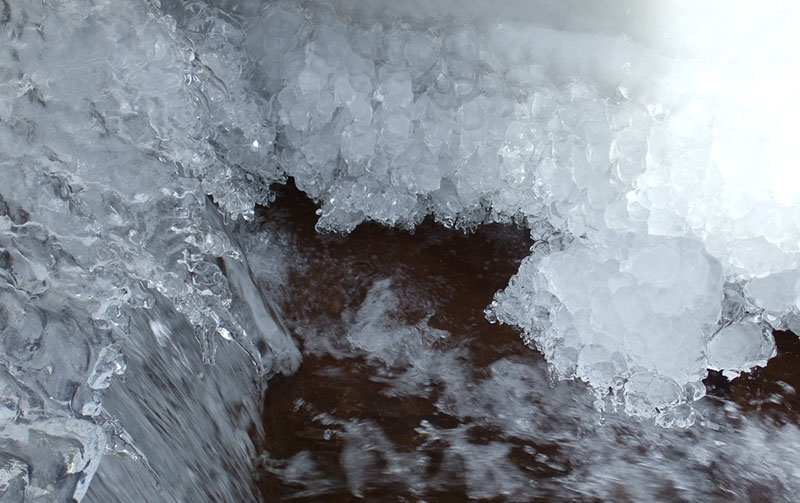 The mystery is solved. The form the patterns take are thus the result of many factors that may even change during the process. It may be sobering to some, but there is no “deeper” meaning after all. In a sense, trying to read a meaning into frost patterns is like “reading” tea leaves. Of course, we may continue to do it, if only to take a leap of the imagination.

The watercolor painting Usor (Russian for “pattern”) — created a few years ago by none other than Vladimir Putin (and sold for the equivalent of about 925 thousand dollars at a charity auction in St. Petersburg) — features a view of a Ukrainian landscape through the window of a log cabin. The frost patterns on the window are rather vague; some of them look more like simply sketched stars. They don’t have the complexity of those found on real windows, although the design on the curtain border is represented in much detail. A certain inconsistency may be evident here, but, of course, that’s a liberty every “artist” can take. •

Images courtesy of the Susanne Nilsson and amseaman, Aziraa -back very soon, Deanster1983 who’s mostly off for a while, Chris_J, Sean McMenemy, and lierne via Flickr (Creative Commons)