Not all moments of musical awakening have to do with sublimity. The early days of 1968 found rock and pop music waking up with a kind of hangover from all of the psychedelic happenings of the year before, when seemingly everyone — even the badass Rolling Stones — went the shimmering kaleidoscopic route.

Something was due to jar everyone back to having their feet on the ground and their ears pressed against it for the movement that would play a role in defining the new year. Enter, then, Blue Cheer and its debut Vincebus Eruptum, the first heavy metal album in history.

I’m going to call Blue Cheer a rich man’s KISS without the makeup, and one of the great bringers of joy of my listening history. It was a three-piece comprising, in their short-lived glory days, Dickie Peterson on bass and vocals, Leigh Stephens on guitar, and Paul Whaley on drums, taking the name for their band from either a very potent variety of LSD authored by none other than infamous chemist Owsley Stanley, or else a 1950s laundry detergent, which the band’s cranium-splintering volume could make you feel like you had just snorted. Legend was that they were so loud they sometimes had to record outdoors, a little ways away from their own studio, because their combined sonic attack broke the equipment. The band lived in the San Francisco area, the Mecca for the Flower Power days of 1967. An apocryphal tale was that members of the band heard Jimi Hendrix and his Experience trio playing at Monterey that summer and decided, then and there, to adopt that structure for the band. The reality was that the band had too many members at the time, and not enough parts for everyone to play. We are not talking Mozartian counterpoint. Enter, then, the Cheer’s volume-fetishizing line-up of Peterson/Stephens/Whaley. 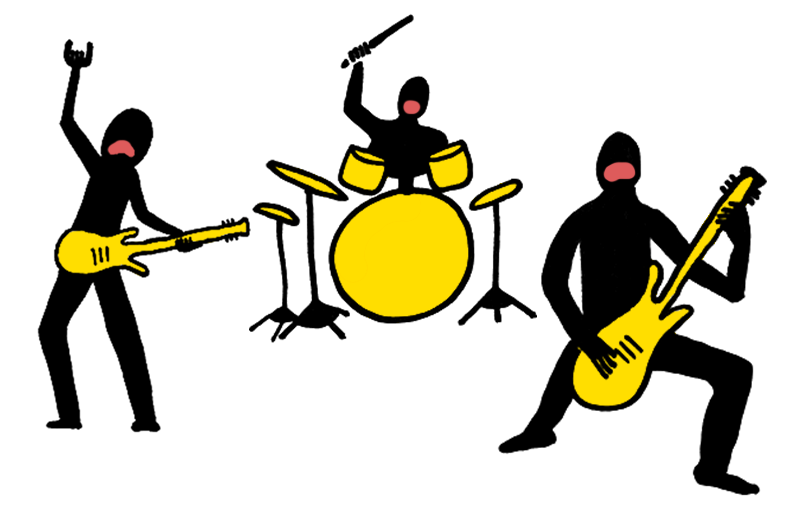 Trios were rare in rock. Hendrix would have been crucial for Blue Cheer as a model, even if they hadn’t had an epiphany at Monterey. Elvis fronted a famous one, with Scotty Moore on guitar and Bill Black on bass, and Johnny Burnette led the Rock and Roll Trio, a pioneering unit for heavy metal’s eventual purposes in terms of how they utilized guitar distortion. Burnette’s combo pressed the blues into powerful service, as Blue Cheer later would, for the blues are the great template of all metal. Blues music tends to be riff-dominated; this stems in part from field hollers and work songs having repeating, motivic aspects, from which guitar-based blues grew. What Blue Cheer did was to crank up that volume to a degree that thrilled teenage outsider-types, horrified parents as the hip-gyrating Presley once had with his three-piece, and ushered in a new movement.

Keep in mind, this is before Led Zeppelin has even formed, before Cream trotted out their heavy metal foray in the double album Wheels of Fire, and before Iron Butterfly had sonically assaulted the world with the oozing sludge metal of “In-A-Gadda-Da-Vida.” True, we had the Who and Hendrix, but the former were an art rock band at the time and a unit who only went full-on metal with 1970’s Live at Leeds, and the latter was this Paganini-like virtuoso who stood outside of genre, an electric chamber music merchant belonging wholly to his own journey. But if you were worried that 1968 was going to be some trippy-dippy follow-up to all of that Summer of Love farrago, Blue Cheer arrived bright and early to set you right.

My first experience with the band came as a teenager in the 1990s. A friend down the street was into the Dead, Dylan, the Doors: the sort of kid cool enough that he was collecting bootlegs in high school and labeling the tapes — yes, tapes! — with oodles of meticulous information, one of those teenage archivists with intellectual wanderlust. 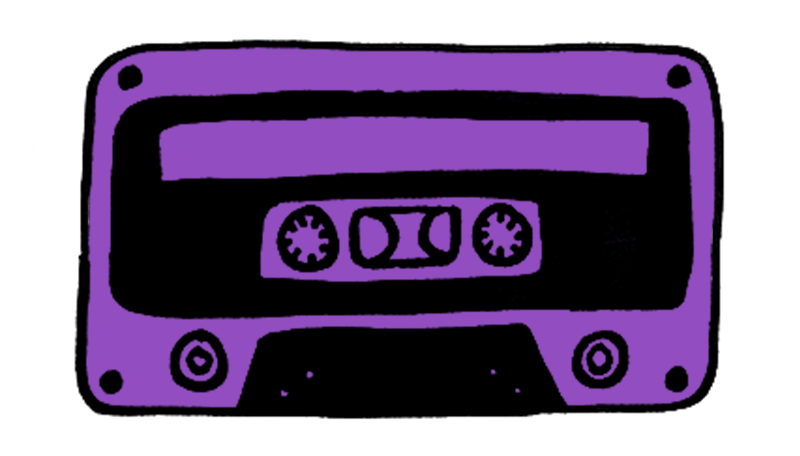 It was on his account that I became introduced to the Who, and, later, Blue Cheer, when we were at the mall — yes, the mall! — and he bought a Blue Cheer compilation. Neither of us had a clue who they were. But then, we saw that compilation’s name: Louder Than God.

Well. That was something. And who knew that God was loud? But if you thought about it, it made sense that God could produce a mighty roar if need be. And these dudes were louder than that?

The album featured a bunch of cuts from Vincebus Eruptum, which makes sense because, really, that’s the one Blue Cheer album you need. On it, the band plays this over-driven, feedback rattling form of post-blues, with the tempos laughably slowed down, but good laughably — like Black Sabbath.

You can hear some of the existential cri de coeur angst of later metal bands like early Metallica in the lyrics, but then again, they’re often about crises of the soul rather than whether to ingest a given substance. When in doubt, people in Blue Cheer songs swallow, then Leigh Stephens plays these sidewinding guitar solos that don’t really seem to go anywhere, but they slither round and round, then pass out atop themselves, and the song resumes.

This was great fun to me, but what made me a fan for life was their cover of “Summertime Blues.” Remember, rock and roll is a little more than a decade old at this point. I wonder if people at the time thought it’d be around in another ten years. It’s not like we had lots of precedents with new genres popping up with regularity. You had fads, but this whole new genre thing would have been a novel idea at the time. The blues was still newish, I suppose, and it was the blues that was the foundation of Blue Cheer’s metal. Just like it was a part of Eddie Cochran’s original version of “Summertime Blues” in 1958, with an overlay of rockabilly and rhythm and blues. 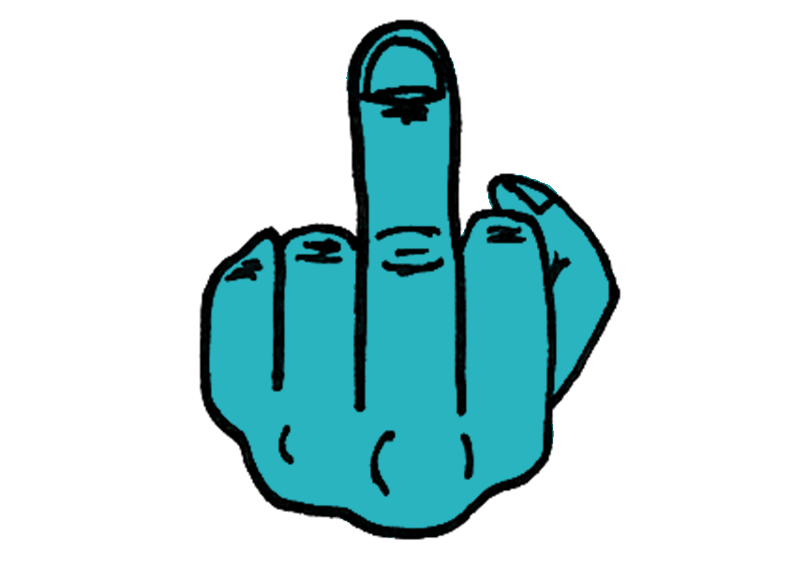 Keep in mind, “Summertime Blues” was a protest song in a way, a middle finger to authority, 1950s-style. Dad is being a creep and won’t let you drive the car to pick up your girl and go parking, so when he turns his back as you wash the vehicle out on the driveway, you’re going to flip him off.  Then you’re going to sing about it as your bros take out your lady friend and you’re left behind. That will show them.

The opening chugging rumble of this Blue Cheer version will make you giggle and wonder what the hell these guys are up to. The chords are instantly recognizable as that of one of rock and roll’s first out-and-out classics, but they are beating its brains out and dancing in the blood and gray matter. You start to wonder if a song could go slower, and yet, all moves forward. Perhaps a desire to pound your chest overcomes you, you wail like a caveman discovering that someone has nicked his or her mastodon steak, which is how singer Dickie Peterson sounds to me.

If you know the original, you know that there are these moments where the band drops out and there’s this bit with Cochran doing a funny voice, one that John Entwistle of the Who would embellish on their live cover versions. You know, “I’d like to help you son, but you’re too young to vote.” Blue Cheer doesn’t do the funny voice parts. Instead, each of the instrumentalists hits you upside the head with a couple bars of either bass, drums, or guitar in a series of attempts to give you a concussion via soundwaves. 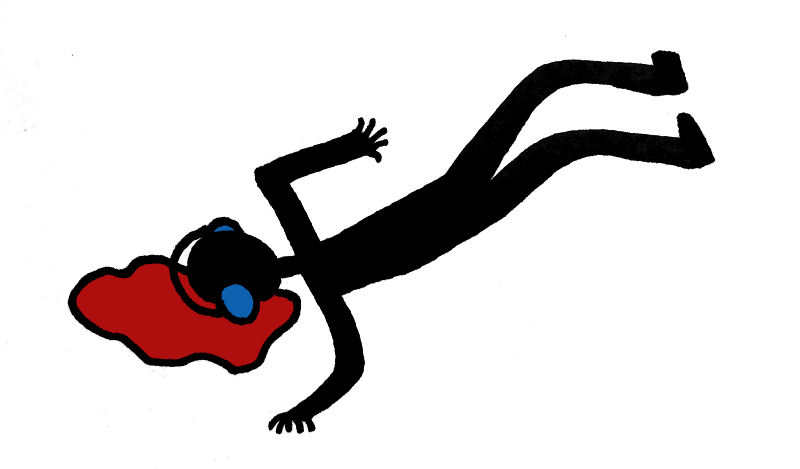 Now that’s just fun. You have to admire chutzpah in this life, and not only was this metal, this was metal chutzpah. I had no clue what these guys thought they were doing, if they were trying to be funny, or they were totally locked-in, super-focused.

Maybe both? I went with both. What I did know was that they believed in their cause, even if I couldn’t pin that down just then, and I was so into that and took a life lesson from it as well. Be your cause. Not your made up “please give me attention and help me validate my self-worth” cause, but that thing that is indelible to you and you alone.

In the larger scheme of life, what this band did on their first album had an earnestness beyond stoking queries in someone like me as to what they were going for. Thousands of bands were forming with a love for volume. The Yardbirds had helped initiate that crazy with their proto-metal in 1966, but it was Blue Cheer who was a liberator of a sort. You could cover a Yardbirds tune, but you couldn’t hope to pull off Jeff Beck’s guitar parts. But Blue Cheer? You could manage the solo on “Summertime Blues.” Blue Cheer was a purveyor of freedom, the idea that if you went for things, if you risked embarrassment, even, you might end up wowing people in the process, on the back of your chutzpah. Sonic chutzpah, in their case. This is an attitude, ironically, we saw with punk later on, and it’s not like people conflate metal and punk very often. The Cheer was rangier, ideologically, than first glance suggests.

But there’s no denying that the band set forth the first heavy metal album into the world. I don’t see who else you could even make a case for. Which freed up a lot of other people to try their own metal hands, if you will. That deserves a booming round of metal-on-metal applause, like echoing thunder that is, dare I say it, louder than . . . well, loud enough to get Apollo’s attention. God of music he was. •