We asked our staff to pick their favorite contributions to popular culture that we encountered in 2016. From books, to movies, to a YouTube concert video, we enjoyed a lot of beauty and truth in a year unlikely to be remembered for either. “There is a crack in everything, that’s how the light gets in,” Leonard Cohen famously sang in “Anthem.” Embodying this year, Cohen triumphantly released the gorgeous album You Want it Darker shortly before his voice was suddenly silenced by his passing in November. A less-quoted lyric of Anthem is Cohen’s instruction “Ring the bells that still can ring.” Here is what chimed for us this year. 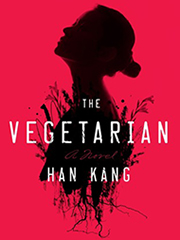 Published in South Korea in 2007, the award-winning English language translation by Deborah Smith came out in the United States earlier this year. The story of a woman beset by mental illness is told by a series of narrators connected to her life. From a seemingly random decision to become a vegetarian, the consequences unravel her life in a kaleidoscope of horror and violence. The sparse prose at times makes The Vegetarian feel like an allegory, though the meaning remains opaque.

Released on his 69th birthday, Blackstar will be remembered for coming out 48 hours before Bowie’s shocking death from liver cancer. To be honest, the profound emotion released by Bowie’s death, so tied to this release, means it will be a long time before this listener can fairly hear this as a mere music. But Bowie clearly was on a creative high when making this disc. To Bowie, creation always meant reinvention. Leaning more toward edgy jazz than rock, these songs cut Bowie free of his previous work as surely as the Berlin trilogy did for Ziggy Stardust. It is crushing not to have the opportunity to hear what might have come next. 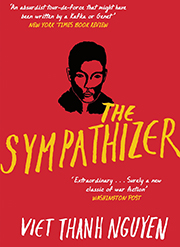 The Sympathizer, winner of the 2016 Pulitzer, is presented as a spy novel that follows its protagonist from the last days of the Vietnam War to the refugee community in the United States. There is a brilliant send-up of a film project that bears significant similarities to Apocalypse Now. But underneath the searing satire, there is a human story of friendship, empathy, and surviving history. It is rare that a book can pack such an emotional and intellectual punch while still being a page-turner read.

Bob Dylan getting a Nobel Prize for Literature generated a lot of controversy, including here at The Smart Set. But though some dislike the use of the word “literature”, few doubt Dylan is a world-class artist. Rock’s vatic priestess was a perfect choice to enact this song’s lyric of grinding Cold War paranoia mounted on an old folk song. She messed up a lyric, but quickly returned to her chant with growing vision, dread, and confidence — doing the song proud.

5. The Arab of the Future: A Graphic Memoir (Volume One and Two), Riad Sattouf 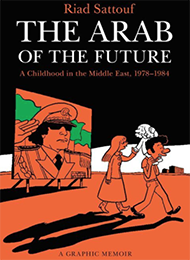 By a former contributor to Charlie Hebdo, these volumes owe little to the over-the-top satire that publication is notorious for. Rather, they tell the story of Sattouf’s childhood as his peripatetic father drags his family around the world: France, Libya, and Syria. Each nation is grounded by the artist in a different color, though Sattouf presents a uniformly loathsome portrait of everywhere. From his doting mother to his difficult father, this is a child’s view of a world of dictators, humiliations, and bigotry.

Charlie Brooker is no doubt one of the smartest satirists of the 21st century, and Black Mirror has been an altogether horrifying period on speculative horror. Black Mirror concerns itself with the post-human, cyborg element of the human’s relationships with technology, and, despite it being in its third season, the show remains highly potent with episodes focused on gaming, rating systems, death, and war. Having gained popularity and acclaim in the UK and US, this season also sees an uptick in cinematic qualities — Hollywood actors, various locations, and a frighteningly pleasant aesthetic. It’s all terrifying, and each episode is a slow burn, heightening the tension and anxiety of each issue explored. It’s a show that sticks to the ribs and turns up later while walking past billboards, watching the U.S. presidential debates, or playing with your phone.

Lykke Li’s dream pop is unlike anything else — it’s witchcraft: seductive and empowering. Every album is rooted in fluidity — ever-changing, but with the comforting familiarity of Li’s voice ushering us into narratives of heartbreak and joy. When my friend passed along this track of Li’s new band, Liv, I spent the next week or so living in a haze of false 70s nostalgia — it was nearly cartoonish, as if upon listening I transformed into a long-haired nudist, opting out and living in the woods. Released in September, this song about love, broken bodies, and the strength of human emotion helped negotiate a particularly toxic Fall season.

3. OJ: Made in America, written by Ezra Edelman 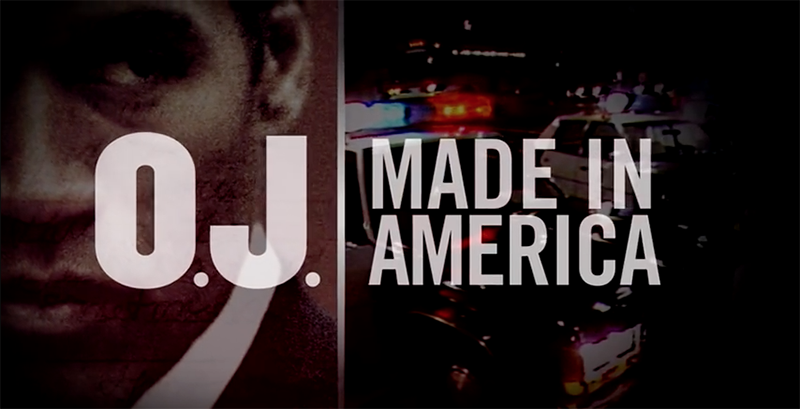 This documentary is five hours, but it is done so well and the narrative is so compelling that it feels like a breezy, two-hour special. Quality true crime is a rare form, so often turning into dark, exploitative gossip. Edelman, however, illustrates how an event — a murder or a trial — is a product of context. Beginning 30 years prior to the event, the documentary dissects the cultural and institutional elements that fostered not just the instances leading up to Nicole Brown Simpson and Ron Goldman’s murders, but also the trial that co-opted the American media for a majority of 1995. Edelman is perhaps most successful at unpacking the intersectional elements of this narrative — the implications of race and policing in Los Angeles in the latter half of the 20th century, OJ Simpson’s attempts to transcend racial categories, and the media blitz that turned a tragedy into a celebrity showcase. Edelman takes an event that was completely over-saturated and where each detail was scrutinized and makes it seem new, vital, and relevant.The documentary is a stellar portrait of reality consumed by fantasy and promise. 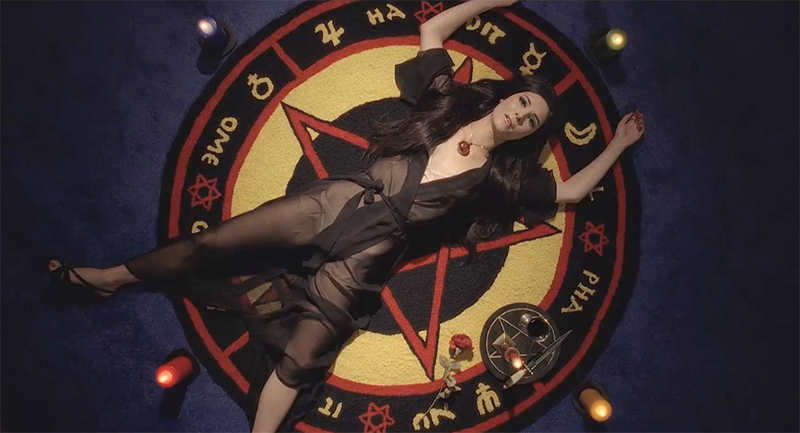 Campy, trippy, full of color and commentary, The Love Witch is a decade’s worth of work into a project so fun and brilliant. Post Viva, director Anna Biller set out to make this follow-up, which included crafting the artwork, costumes, and even the rug (seen above). I don’t really want to talk about content, as I think it should be consumed without expectation — but essentially it’s as if Pink Flamingos’ Babs Johnson walked into the Valley of the Dolls, and, post-pill-popping, they decided to watch Doris Wishman films. Essentially, Anna Biller made a film specifically for my enjoyment. I watched this film while we were putting together Jessa Crispin’s “The Feminine Mystic,” and so witchcraft was on the brain. The film highlights the nature of empowerment documented in Crispin’s piece — women’s rage and empowerment through magic, with the added bonus of characters perverting domesticity. Bless Anna Biller for making this film. 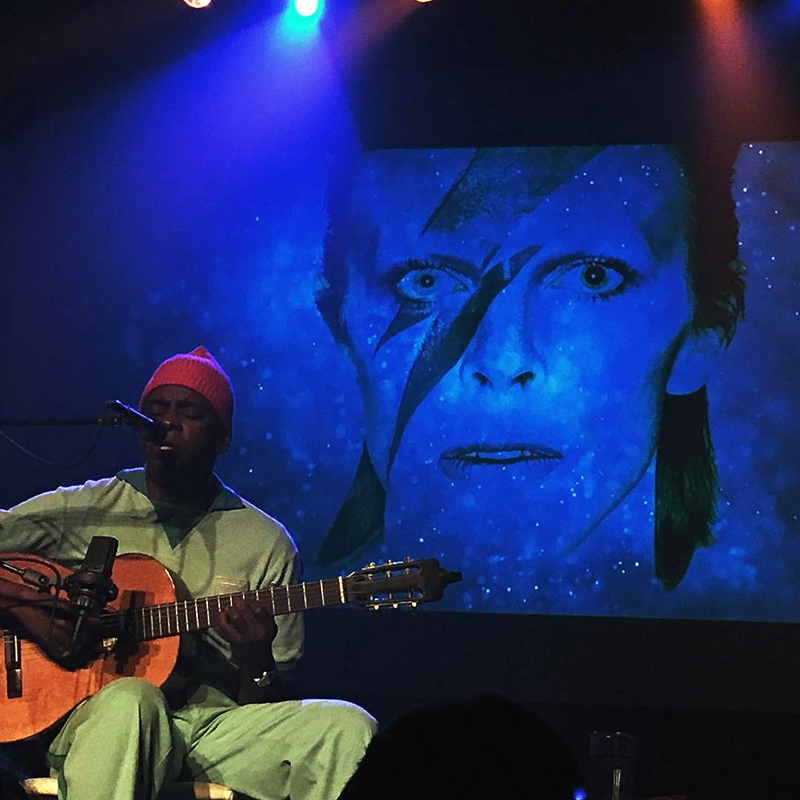 David Bowie’s death in January left an emotional and musical crater (my feelings at the time were captured here). He appealed to the misfits and outcasts, those who needed affirmation that there were more weirdos like us. So when Seu Jorge announced this tour November, it seemed an altogether perfect way to close out this godawful year. Jorge originally arranged his Bowie covers 12 years ago for the Wes Anderson film The Life Aquatic. The songs punctuated the awkward and stark relationships featured in the film, but in the middle of the ocean, what more could you want but acoustic Bowie in Portuguese? The concert was straightforward: a man and his guitar. From the first chord, a woman next to me started sobbing and I wasn’t too far behind her. People were in the crowd consoling each other and we all sang Major Tom (the majority of the crowd in English, Jorge in Portuguese). Seeing this convergence of everything we, as fans (or adjace) love, and being with others like us in need of solace was a necessary way to celebrate the life of a celebrity whose death felt like a real loss.

2. A Seat at the Table, Solange

This is not Solange’s first album, but it is, for her, a breakthrough: mixing R&B, funk, and soul. The eclectic sound of the album helps to connect with its pro-black message. The interludes mix in autobiographical elements as in “Interlude: Tina Taught Me”, where her mother, Tina, speaks about her love for blackness, personally and culturally. This is underlined when “Don’t Touch My Hair” comes in to deliver the message — the singer proclaiming that to be proud of one’s natural hair is to connect with black culture. The message delivered throughout in stunning vocals with soul and funk beats is a one-of-a-kind experience.

John Legend takes a turn with this latest R&B album. With “I Know Better”, he announces that he will use his voice to create work that is true to him, honest, and explores all of the things that make him complex. This mission statement is carried out through songs like “Penthouse Floor”, where he addresses the racial divide in high society. The album focuses on ideas of race, fatherhood, love, heartbreak, and lust. Overall, the album gives the listener a view of Legend as a person while simultaneously executing great vocals and simple but powerful music. 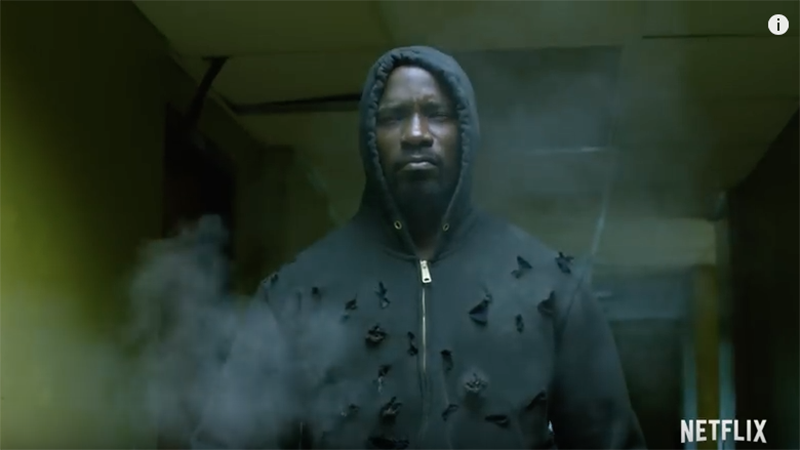 This year, Netflix launched the independent series for Luke Cage, a Defender and a classic Marvel character. The show touches on complex realities like mass incarceration, street crime, and gangs, while simultaneously giving us complex fictional characters who live within those realities. Even the villains, like Cornell “Cottonmouth” Stokes are extremely multi-faceted. The past year has been very emotional, charged with all of the gun violence and police shootings, so to have a bulletproof black man who fights for Harlem — a mostly black community — in a hoodie is very cathartic. Luke Cage has been renewed for a second season and we can’t wait to see it.

Last but definitely not least, Insecure — written, produced by, and starring Issa Rae — has a lot of the elements featured in her previous web series, Awkward Black Girl. Issa works a job she doesn’t love, has problems in her relationships, and randomly breaks into rapping in front of her mirror. However, Insecure is a lot more mature and handles the complexities of growing up and dealing with homophobia, race, sexuality, mental health, and all the while keeps you laughing. The music is amazing and Solange helps to curate all of the songs for the show. Insecure has been renewed for a season two and can be watched on HBO. •