For the past few weeks, I’ve been enjoying red wines made from the indigenous grapes of Greece. I’ve tasted mostly xinomavro from Naoussa, in the northern Greek region of Macedonia, and agiorgitiko from Nemea in the Peloponnese, but also little-known varieties such as limniona, mavrotragano, and mavrodaphne. While you can certainly find bottles of xinomavro and agiorgitiko on American shelves and wine lists, let’s just be clear: These are obscure wines.

Why would I recommend such obscure wines? A few weeks ago, I might have simply said: These obscure wines are fascinating and strange in the best way, and they repay an adventurous wine drinker by providing good value and deliciousness. But apparently, according to the eminent wine critic Robert Parker, I’m all wrong.

Just the other week, while I was tasting these Greek reds, Mister Parker called out me and my kind as “Euro-elitists” and “absolutists” whose wine recommendations are “the epitome of cyber-group goose-stepping” and “Kim-Jung-unism.” Yes, seriously. He did. Right on his website, for anyone who paid $29 (for a 90-day subscription) to read.

In case you didn’t want to pay $29 to hear the literary equivalent of an old man shaking his fist at younger punks, let me give you some article highlights. Its headline — “There Is No Reason And The Truth Is Plain To See” — is taken from the lyrics of Procol Harum’s 1967 hit “Whiter Shade of Pale.” Four times in the first 700 words, Mister Parker refers to his “35 years” in the wine-critic business. He also throws around a lot of terms like “perpetrators” and “neo-intellectuals” and suggests that those who offer points of view contrary to his are like the “propaganda machines of totalitarian regimes.” He also said my way of writing about wine needs to be “condemned” and “repudiated.”

I was sort of impressed by Mister Parker’s level of bile. I don’t think I’ve seen a rant like that one since I was 15 and our neighbor in the wifebeater called me and my skateboarding friends “dirty longhairs” and shouted at us to get out of his driveway.

Mainly, what he seems riled up about is the growing number of younger wine writers who don’t share his opinions: Some of us like so-called natural wines; some of us are fed up with high-alcohol, over-oaked, jammy, fruit bombs; some of us just happen to recommend lesser-known or “obscure” wines to our readers.

Since I wrote a book called Alternative Reds, which extolls the sublime virtues of more obscure grapes like teroldego and lagrein and carménère and castelão, I guess I’m lumped in with this collection of rogues. Apparently, in the words of Mister Parker, “that’s the only way they feel they can create attention for themselves.” 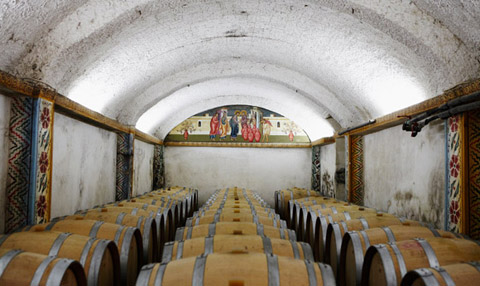 I think what struck me most was this passage:

What we also have from this group of absolutists is a near-complete rejection of some of the finest grapes and the wines they produce. Instead they espouse, with enormous gusto and noise, grapes and wines that are virtually unknown. That’s their number one criteria — not how good it is, but how obscure it is.

Mister Parker takes to task wags like me for recommending “godforsaken grapes” like negrette and blaufrankisch and savagnin, rather than more widely-known grapes like chardonnay or merlot or cabernet sauvignon.

I have to admit, his article forced me take a step back and do some deep thinking. To be honest, it cast me into a kind of Kierkegaard-like dark night of the soul. For days, I wandered around in a bit of a daze, distracted by a heated debate raging inside my brain. “Am I becoming too obscure?” I asked myself, as I sipped on the delightful 2009 Boutari Naoussa made of 100 percent xinomavro. “Should I be more focused on recommending buttery chardonnay and 15.5% ABV zinfandel and $400 Bordeaux?”

“Of course you’re too obscure,” my internal self answered. “Don’t you remember how much you tried to get your wine students to like godello and mencía and sherry, and those orange wines and grower champagne and that biodynamic grolleau? Don’t you remember how many times you brought that Macedonian red to parties, just to show off how cool you are?”

“Yeah yeah yeah,” my internal self countered. “You sounded like a total douche when you asked people if they’d ever tasted vranac and plavac – two grapes you’d never even heard of ‘til the hipster at the wine shop tipped you off. You’re just like that kid who stops liking a band once they get popular. Saying you like obscure wines is a cheat, a shortcut to connoisseurship.”

This went on and on. And then suddenly, I said to the internal self: “Wait, wait, wait. Wait. Didn’t Mister Parker give the Tikves Bela Voda from the Republic of Macedonia…94 points?”

“Ummm,” said my internal self.

“And wait, aren’t obscure wines often more affordable. Isn’t the the reason I recommend them in the first place?”

“Uhhh,” said my internal self.

And so, Mister Parker notwithstanding, I’m going to recommend, dear reader, that you seek out and try some obscure Greek reds. 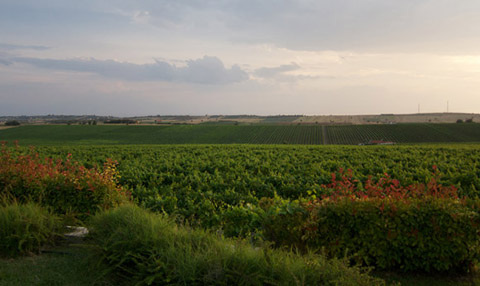 Yes, perhaps it seems a little harder to pronounce xinomavro [ksee-NOH-mah-vroh] or agiorgitiko [ah-yohr-YEE-tee-koh] than to say sangiovese or tempranillo or nebbiolo — but when you really think about it, it’s not.

One thing that may make the names a little confusing is that the English translation can be rendered differently — xinomavro can read “xynomavro” and agiorgitiko can read “aghiorghitiko” on certain labels.

Xinomavro from Naoussa is the diva red grape of Greece — and the one with the most aging potential — and almost everyone likens it to nebbiolo. I don’t always agree, but I think we’re in the ballpark. Most xinomavro are earthy and complex, light in color, with significant tannins and good acidity, and often berry and rose aromas. You would be hard-pressed to discern a young Langhe nebbiolo from, say, the 2009 Domaine Karydas Naoussa. (Which incidentally, Mister Parker gave 90 points…pretty good for an obscure wine!)

Agiorgitiko — with softer tannins and a deep red color — on the other hand, is more of a crowd pleaser. As an obscure grape, one advantage for agiorgitiko is its English translation, Saint George, which is easy to remember, and some producers use that name on the label. People often say it reminds them of sangiovese or tempranillo. Again, sometimes it does, sometimes it doesn’t. The best of it is produced in the higher altitudes of Nemea, and a bottle like the 2010 Domaine Skouras Saint George Aghiorghitiko Nemea is a very sexy wine for $14.

Isn’t price, after all, a major part of the appeal of discovering obscure wines like these? Most the wines I recommend below are under $25, many under $20, and some of my favorites around $15. The most expensive wines — made from totally-off-the-map grapes like limniona and mavrotragano — are certainly more curiosity pieces. But overall, there is great value to be found in Greece. “These are not just show-off wines,” said Sofia Perpera, enologist and director of the Greek Wine Bureau in North America.

When I asked Perpera why people should drink Greek reds, she didn’t hesitate: “People should be open to experimentation,” she said. “This is what life is all about.”

Averoff Xinomavro Naoussa 2008 (13.5%, $15)
Complex aromas of fresh blackberries, but also jalapeño, anise and fennel. Soft and fruity in the mouth. Aged on the lees in the barrel for 2 months, then continues without the lees for 10 more months.

Kir-Yianni Ramnista Naoussa 2008 (14%, $20)
Favorite of the tasting. Very balanced. Both elegant and rustic, with lots of herb and red fruit. Reminiscent of a good young nebbiolo.

Boutari Naoussa 2009 (13.5%, $15)
Brick red in color, super black-peppery with hints of leather and dried tobacco. Full of cherries and tannins in the mouth.

Domaine Skouras Grande Cuveé Nemea 2007 (13.5%, $23)
Complex red with notes of cardamom, anise, and bergamot. Dark, but juicy, with an edge of minerality, and elegant, drying tannins on the finish. New French oak for 12 months.

Domaine Skouras Saint George Aghiorghitiko Nemea 2010 (13.5%, $14
Attractive, sensual, and pure. Berries and a bunch of spice, but with great balance, good structure and acidity. A very sexy wine for $14.

Alexakis Kotsifali Syrah 2010 (14%, $13)
Syrah is something that producers are experimenting with in Greece, and this one has 40 percent syrah along with the local kotsifali grape of Crete. Attractive herbal aromas offer a different kind of Greek red.