When I was two years old, or maybe four years old, it snowed in Las Vegas. The snow covered the concrete and the sand, and the alleyways between the casinos downtown. Even though I’m sure the snow was only an inch or so deep, it made a big impression on the citizens of the city, who cancelled work and daily life and left their cars right in the street just to behold the sight. At least, this is how I remember it. I remember that everything felt stopped and strange, like it must when miracles occur — thrilling but inexplicable, everybody making shallow angels on the sidewalk and lobbing small, powdery snowballs at each other that would fall apart in mid-air.

The snow never came back to Las Vegas, at least, not until many years after I’d gone. But for all the rest of my days there, the desert, for me, was also the promise of snow.

Snow is a substance that seems to have no immediate purpose. Is it a symptom or a cause? Is it living or dead? Is it an element? A force? Winter, in the Northeast of America at least, is the season of absence. It is the Great Undoing. Poets who live with four seasons often like to use winter as a metaphor for death, as in Longfellow’s “Snow-flakes.”

But for anyone who has watched the tree outside the window being stripped of its clothes, watched the garden that took so many months to grow waste away for lack of sun, watched the wasps suddenly, one morning, leave, winter is no metaphor — everything smelling of life shrivels until the last green thing is dead, icicles shoot up from the ground, changing the meadow to crust.

We accept the winter only because we have accepted the idea that death has a purpose: to make way for new life on Earth. We’ve been told from the beginning that life requires death, feeds upon it, needs our names for its young. This is the thought that makes winter bearable. We will spend months in abeyance, living in a void, standing by powerless at the retreat of our green soldiers as the army of cold advances, simply for the promise of a hint of a message that, one day, our soldiers will return. “So we wait,” wrote Rita Dove, “breeding / mood, making music / of decline. We sit down / in the smell of the past … We ache in secret, / memorizing / a gloomy line / or two of German.”

But just as we’ve settled into the blank of winter with our German poetry and our gloom, a snow comes, bursting from the ceiling of the world. The rooftops are white, the ground is white — cold, pure negative space. Suddenly, there are no roads, no fields; all things are equal and directionless. The world is a supreme colorless sphere. The naturalist poet Loren Eiseley wrote, in The Unexpected Universe, that vast desolation in nature often invites the emergence of the spectacular and the strange. “Only after long observation does the sophisticated eye succeed in labeling these events as natural rather than miraculous.” Humanity itself, wrote Eiseley, came into being this way, the final product of the Pleistocene period’s millennial winters.

So, we think of ourselves as sons of the sun when, in fact, we are children of snow.

I’ve often heard it said that Nature made flowers so glorious, and glorious in so many ways, just for us. There is no other reason for so much beauty. Snow is as splendid as any garden, only you have to look really close and become really still to see its blossoms. And if you try to possess the snow, her flowers will disappear, just like that. 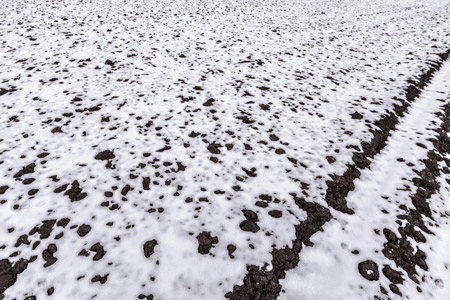 Have you watched The Ascent? It is a film by the director Larisa Shepitko, set during World War II, at the height of the fighting along the Eastern Front. The Ascent follows two Russian partisans, Rybak and Sotnikov, as they drag themselves through the frozen Belarusian countryside in search of food. The Ascent is a film of war and it is also a film of snow. From the very first shot, snow fills the screen. Somewhere out there you can see a silent church and there is the faraway sound of machine-gun fire. Telephone poles and trees stick out of the ground like bones. Here, the snow is how Miguel de Unamuno describes it in his poem “The Snowfall Is So Silent”: “Not one thing on the ground anywhere escapes it.” The film, shot with black-and-white stock is, at times, blindingly white. There is no village here, nothing to delineate town from woods, or woods from battlefield. Snow, like war, has erased daily life. Daily life has become swallowed by snow. In The Ascent, snow is like war in this way too: It takes people out of the ordinary and bullies them into transcending themselves.

As Rybak and Sotnikov heave their feverish, bleeding, starving bodies through the snow, their eyes, hair, and lips become crusted with frost. They must keep going and they can’t. Sotnikov pauses once to contemplate suicide. A human body doesn’t move properly in snow. It is heavy and slow until it slips out of control. When you lie in the snow long enough, when you are forced to surrender to snow, body and snow start to merge. You then can see the snow for what it really is. Wallace Stevens wrote about this condition in his poem “The Snow Man”. At the poem’s start, we are looking upon the snow from outside, separate from it. But by the end, the human self has become indistinguishable from the snow man. It is then, as the mind perceives from a place of nothingness, that man can really see.

In The Ascent, snow and war are that “vast desolation” out of which the spectacular and the strange emerge. When Rybak and Sotnikov are captured by the Nazis, each is interrogated. Sotnikov lets himself be tortured rather than give information. Rybak crumbles immediately. He is offered a chance to become a collaborator and join the police. Then Rybak is sent to join Sotnikov in the basement. The two men spend their last night together there, awaiting execution. Snow blows in through the barred window. Rybak pleads with the fevered Sotnikov, unable to let go of the idea that they can somehow get away without either collaborating or dying. If only they get their stories straight, says Rybak hysterically. “We need to find a way out!” he cries. But Sotnikov remains unmoved. It won’t work, he tells Rybak. There is no way out. In the night, Sotnikov open his eyes wide and stares into the unknown. His face becomes illuminated. And then the door to the basement opens.

When morning comes, only Sotnikov is hanged. Rybak, terrified of the noose, begs to join the police and collaborate with the Nazis. As a soldier, Rybak had, perhaps, prepared himself to be killed. But he could not, for anything in the world, allow himself to die. At the film’s end, Rybak stands in the German barracks, watching the snow outside the open gate. He falls to his knees sobbing, knowing that he has chosen the safety of hell over the silence of snow. 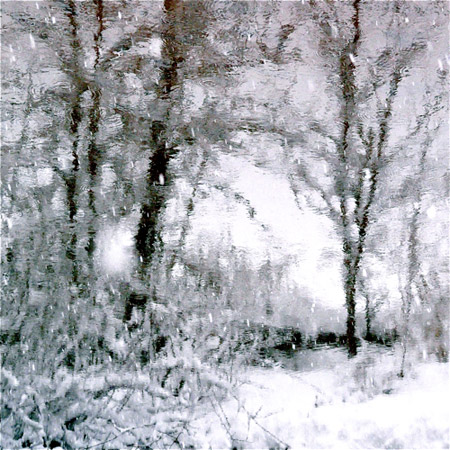 In the city, a snowstorm feels more like a rupture in the comfortable way of things than an erasure. People are barricaded inside their homes. Travel is cancelled, shops are closed, school grounds turn into sledding slopes.

Have you ever seen a dog stupidly leaping for joy over snowpiles? “Snow Day” is civilization suspended.

If all the temperatures on Earth were the same, there would be no weather. And if there were no weather, people would not exist. Ergo, there is no use complaining. For people to exist, it must always be snowing somewhere.

In most of our religions, mythologies, and systems, water is a symbol of life. Both rain and snow come down from the sky to make the growing things grow. We are satisfied with the rain because it gives life right away. Snow, on the other hand, does not. The snow will become liquid eventually, filling up the rivers and streams. But slowly, flake by flake. If the snow melts too fast, a flood will come, and water becomes destroyer. Snow forces us to be patient, which is sometimes the hardest thing. Snow will bring us the next chapter, only not right away. Snow is spring delayed.

“Have you ever seen a greater mystery, Lazarus,” asks Don Manuel in Unamuno’s story San Manuel Bueno, mártir, “than the snow falling, and dying, in the lake, while a hood is laid upon the mountain?”

Having learned a thing or two about snow, we have developed all sorts of tools for battling winter. And still, when we look out at the snow, we can’t separate it from the vast desolation that created it — and us. Try as we might to escape, wrote Eiseley, we will always have within us an interior ice age, a consciousness of time passing, a consciousness of the endless abyss. In winter, our minds will desperately try to fill up the desert created by snow. But the listener, said Stevens, who listens in the snow, himself a nothing, beholds nothing that is not there and the nothing that is.

“Man has been matured by winter,” wrote Eiseley. “He has survived its coming, and has eaten of its marrow. But its cold is in his bones.” Looking out at the snow, at this desolate miracle, we see our most elemental selves. We will make temporary angels and dissolute snowballs, then go back inside and wait. • 28 January 2015