It’s a difficult task, writing about a country that is yet to appear on many printed maps. This is compounded when you’re writing as a foreigner, representing a foreign perspective that sees the new country mainly in terms of conflict and uncertainty.

It can also be argued that an outsider mining a newly independent country for fiction is doing a disservice to the authors from that country, whose own voices should be primary. Yet, fiction remains one of the most accessible ways that most people will come to learn about the country’s culture. And one unfortunate reality of Anglophone publishing is, blockbuster authors like Stieg Larsson aside, much literature written in other languages isn’t translated into English, or is published only in small print runs.

So a debut book like Naomi Hamill’s How to Be a Kosovan Bride, published in August by the independent British publisher Salt, is carrying a burden of representation. It may be many readers’ first substantive exposure to the Balkan territory of Kosovo, which was a flashpoint of tension between Albanian and Serbian groups throughout the 20th century. Or this novel may be readers’ first exposure at all beyond hazy memories of the 1998–99 Kosovo War, between Albanian forces and Yugoslav (Serbian) ones, which led to the establishment of a United Nations mission in Kosovo to keep the peace. (It should be noted that while Kosovo declared independence from Serbia in 2008, it is not universally recognized as an independent country.) 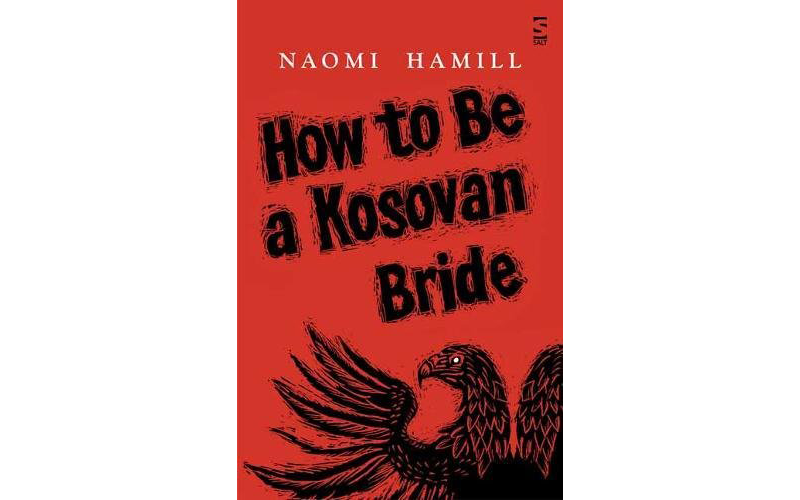 I spoke with Hamill about this responsibility, the writing of the book, and her experiences of Kosovo.

How to write a novel about a young nation as an outsider? There’s no template, but these are the steps Hamill followed.

Get to know the country slowly

Hamill has been visiting the small city of Podujevo each summer since 2004. She followed in the footsteps of a friend and fellow teacher, whose descriptions of running crafts activities with Kosovan children sparked Hamill’s own interest. Hamill was (and remains) an English teacher in the U.K., and she was drawn to the idea of working with children in another country.

These visits were arranged through the non-profit Manchester Aid to Kosovo (MaK). For 10 years, Hamill ran the Summer Club for children, involving sports, crafts, and other creative activities. She also developed a volunteering program, and is now the chairperson of the charity. Her Albanian isn’t fluent, but she reports that the young people she works with have “such a thirst for learning English.”

Hamill has witnessed dramatic change in the country during that time, particularly a diminished peacekeeping presence and more visible prosperity. She recounts, “When I first started going, it was totally different, really. There would be tanks rolling through the town. The infrastructure wasn’t so good. There were a lot of power cuts. We’d walk down the street and there’d be big holes.”

And Hamill didn’t start visiting Kosovo with the intention of publishing fiction about it. It wasn’t until 2013 that, as a part-time Master’s student in creative writing, she began working on stories about Kosovo — to the fascination of others. “I wrote quite freely in some ways,” she says, since she was writing these stories as a requirement for her course, without the expectation of publication. The path to publication was a fortuitous one, as her tutor at Manchester Metropolitan University was an editor at Salt who had also spent some time in Kosovo.

Allow the book to take shape around the inspirations

The long gestation time for the book also meant the format wasn’t predetermined. Hamill considered writing an alternative guide to Kosovo made up of short stories, as well as writing about a foreign woman in Kosovo.

But ultimately these weren’t as compelling as a narrative tying together the stories of two main characters, “the Kosovan Wife” and “the Returned Girl,” with fictionalized versions of Kosovan first-person accounts and a retelling of the Albanian folk tale “The Maiden in the Box.” Of How to Be a Kosovan Bride, Hamill acknowledges, “It’s not a very conventional sort of novel form.” One of the inspirations was Carol Shields’s The Stone Diaries, with its unusual narrative choices to describe an ordinary life. Another influence was Albanian author Elvira Dones’s Sworn Virgin, about the northern Albanian tradition of women committing to celibacy and life as men.

Hamill comments, “You don’t need to give everything to your reader.” How to Be a Kosovan Bride rotates among unconnected characters, points of view, and tenses through the course of vignette-like chapters with titles like “How to Move into a Kosovan House” and “How to Have a Kosovan Argument;” these, like the sentences, are spare and impactful. Hamill wanted readers to weave their own way through the braided narrative.

Kosovo’s political and cultural transition has been complex. Thus, it’s unsurprising that a book describing it is similarly non-linear.

Be concerned about your outsider perspective

Hamill was, frankly, worried about publishing about Kosovo as a non-Kosovan. So she aimed to be as sensitive as possible while remaining truthful, particularly when discussing the war. This was built on the stories Kosovans had shared with her, and the trust they’d developed with her, over her decade-plus of spending summers in the country. “A lot of the research was done for me, since I was going there so often anyway,” she says. And once she’d committed to writing the book, she made a research trip specifically to conduct interviews. She spoke with many Kosovans of different generations, to gather (and then collate and anonymize) their stories – of family traditions, of relatives overseas, and, of course, of the Kosovo War. 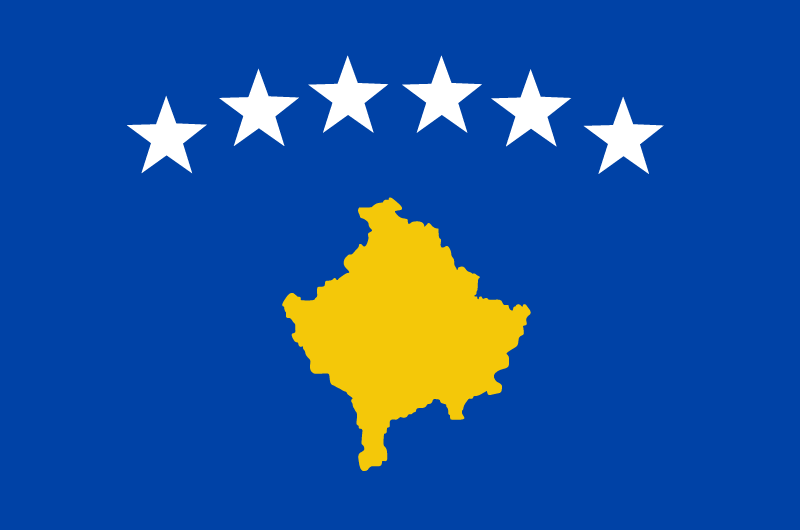 This was an emotional experience. In some cases young people were hearing their parents’ accounts of their war experiences for the first time, in the presence of an outsider. “It was very humbling” people were willing to share their stories with her, Hamill says. Many Kosovans, particularly young ones, told her that they wanted people to write about their country, which made Hamill feel more comfortable with her project.

The difficulty of describing painful memories haunts the book. At one point the Returned Girl, who like the Kosovan Wife (and Hamill herself) becomes drawn to writing, is given the assignment of writing a true story. This is not straightforward:

The Returned Girl tries her aunt. Perhaps she will tell her some truth.

One of the striking impressions of How to Be a Kosovan Wife is how anonymous it feels. This is literal, as the two main characters go through most of the novel without being named. It’s also more figurative, as these characters are clear archetypes: one more traditionally domestic, the other more cosmopolitan and individualistic. They’re different versions of an Everywoman, which was a deliberate choice of Hamill’s. She explains, “in some ways they’re not supposed to be real. And that’s possibly why I didn’t let you have their names until the very end.”

Thus we get descriptions that are describing one character, but by extension lots of characters. For instance, on the wedding day of The Kosovan Wife,

She is sad to be leaving her esteemed family. She cannot bear to be parted from them. She is full of sorrow for the respectable father and the loving mother she is forsaking. That is, if the mother and father have been left for her. Otherwise it will be an aunt or an uncle, arranging this marriage in place of them.

As well, the novel is about the universal experience of feeling weighted down by expectations of being a woman. Hamill says, “It is deeply rooted in Kosovo in some ways, but in other ways of being a woman in some ways, and bound to be imagination as well.” Like the Albanian folk tale that’s a recurring motif, the two main plotlines can almost be read as fables.

This impression comes not only from Hamill’s deliberate vagueness when describing the two protagonists, but in the hypnotic rhythms she employs to do so. For example, the Returned Girl receives her appellation after a failed virginity test, when her husband rejects and “returns” her because of the absence of blood on their wedding night. Hamill writes with a repetitiveness that recalls the rhythms (though not the content) of fairy tales:

Don’t center the politics, but don’t avoid it either

“I didn’t really set out to write a political book at all,” says Hamill. This hesitation to focus on politics shows up in passages that touch upon Kosovo’s painful past while avoiding specifics.

Who can say what’s happened on this land before this moment? We know some of it. We know vulgarity, we know occupation, we know fear, we know murder and not just from the outsiders. We know that everyone doesn’t love. We’ve learnt it, of course.

Hamill knew that she couldn’t write authoritatively about Kosovan politics, but she used a friend’s PhD dissertation about Kosovan youth politics to inform a plot point about the Returned Girl’s forays into activism.

Even here, the politics aren’t overt. How to Be a Kosovan Bride is more concerned with how wider change affects domestic lives. It’s interested in how personal politics or the search for a vocation allows its characters to reinvent themselves beyond what’s initially expected of them. This sense of chasing after possibilities and leaving old lives behind is clearly an apt metaphor for a newly independent nation undergoing rapid change.

So is one of Hamill’s favorite spots in Kosovo, the Newborn Monument in the capital of Pristina. “It’s so alive,” she says of this public artwork whose letters are dramatically re-painted each year. 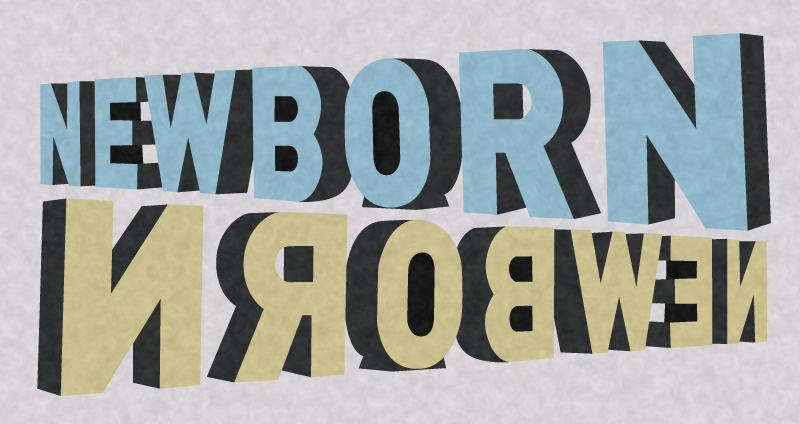 Hamill recognizes her limitations as a British writer drawing on Kosovan literary traditions and history, but her enthusiasm for the subject is abundant. She says, “something that I hope for with the novel is that more people will visit Kosovo and take an interest in it. It really is the most wonderful, exciting place and I have experienced such kindness and hospitality there – I really hope more people will take an interest.”

So, how to write a novel about a young nation as an outsider? One way is to go slowly, without expectations and preconceptions, talking to loads of people, and allowing for diverse influences to take root. •

Images, except for book cover, created by Shannon Sands.