I once read that happiness plateaus after $75,000 a year. Before you get to the “magic number,” increases in income correspond to increases in happiness. After that, more money won’t buy you more happiness.

I believe it, but it’s hard to believe. By this metric, I should have already reached maximum happiness. And yet there are things I feel sure would make me happier if I could afford them.

One of those things is a bigger bed. My husband John and I have slept on a full-size (AKA double) mattress for almost ten years. This once seemed normal, but now it seems ridiculously small, though our sizes haven’t changed much. Over the past decade, we may have each gained five pounds. More crucially, John is 6′ 4″. A full-size mattress is 75 inches long. That makes him one inch longer than the bed. He’s also an insomniac (of the sleep-onset variety), a restless sleeper, and occasional snorer. I fall asleep easily, but wake up easily too, and in the early morning hours I find it hard to go back to sleep. I feel sure that we’d both get more and better sleep, and thus be happier, in a bigger bed.

Can we afford a new bed? Of course we can. I make more than $75,000 a year. I have school debt, but no credit card debt. (I recently raised my monthly payment on my school loans, and though the principal and interest on the loans still looks like a big number, according to one of those online debt calculators, at my new rate of payment, I’ll have paid them off in about six years.) But there are complications.

For one thing, a queen-size mattress is only six inches wider than a full. My mother insists that those six inches make all the difference. But part of me feels that if we’re going to make a big purchase, and live with it for another ten or so years, we should level all the way up to a king, or even a California king, which is four inches narrower than a king but four inches longer. (A king-size bed once seemed ridiculously large; no longer.) However, a king wouldn’t fit comfortably in our current bedroom. So that same, or a related, part of me feels that if we’re going to buy a bigger bed, we should first move to a bigger apartment.

But then, the parts of me that hate moving and want a house feel that if we’re going to go to the trouble of moving, we should first buy a house. We’ve never owned property, and our families aren’t in a position to contribute to a down payment. So we can’t buy a house without blowing the entirety of our savings. That makes me nervous, so we don’t buy a house, and we don’t buy a mattress.

Another thing that would make me happy: the ability to play racquet sports regularly. Sitting by myself in a bar recently, trying to kill an hour while John was at a doctor’s appointment, I saw a clip of a tennis game on TV and was filled with a sudden, keen longing. I took tennis lessons for a few years as a kid and have played only very sporadically since, often going years between games (except not games, because I’ve forgotten how to serve, so I can only “hit around,” and try to get a rally going). There is no real cost to this activity (a cheap or used racket would do; there are plenty of free courts) beyond time. But time has become expensive.

Finding someone to play with, settling on a date, getting to the courts and actually playing — all this takes time, time I can’t devote to my careers (the one that pays me over $75,000 a year, and the ones that pay almost nothing) or other hobbies. When I was a freshman in college, I lived in a building that had a ping-pong table, and this did the trick — there were usually people around to play an impromptu game, no planning required. I was very happy in college. (Correlation is not causation, I know, but it’s damning anyway.) I would happily pony up for a ping-pong table, but again we bump into the apartment problem; we don’t have the space for it. 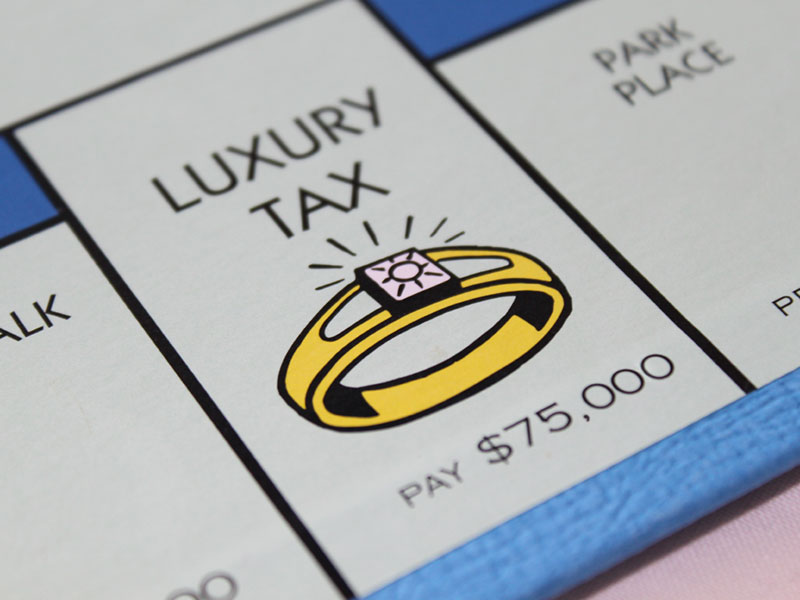 At 36, my relationship to time is complex. I’ve always been hyperaware of it, but when I was younger, I so often wanted time to move faster. I dreaded boredom more than anything. Now there is something exquisite about boredom, the slowed passage of time. In my 20s I loved to sleep late on the weekends — till 11 was ideal. Now I’d much prefer to wake up early to read on the couch for several hours, with coffee, before making breakfast. It makes the day (and hence the life) feel longer. There is even an element of pleasure to insomnia, a break in that stretch of unconsciousness. Only in waking can I appreciate the pleasure of having slept. Would a bigger bed, and deeper sleep, make me happier, or just more content? Contentment isn’t happiness.

I’m only 36; we have no kids. I am not dying faster than anyone else. Yet lately, especially when traveling, I have reached new levels of tiredness that seem to have nothing to do with sleep. Sleep can’t touch them. It’s as though time itself, accumulated time, has a weight I have to bear. It’s as though I’ve entered the bargaining stage of mourning for time where it’s hard to see which is more valuable — sleep or a little more life — and that’s why I’m tired all the time. I stay out too late on a weeknight, and then sit in the parked car outside our building to listen to two more songs on the radio, their beauty enhanced by chance and ephemerality (I can’t skip back to the beginning to hear them again) and by the two or three drinks which sharpen experience in real time but blur my memory of it afterwards and disrupt my sleep.

I said “I feel sure” before, but I don’t, obviously, feel sure. I don’t know if a bigger bed or more racquet sports would make me happier. Up to a point, true optimization is possible — clear improvements, big gains with little to no downside. Think indoor plumbing, sanitation, hand-washing in hospitals. But there’s a point in a mostly optimized system where it’s harder and harder to make anything better without making something else worse. You’re only moving happiness from column A to column B.

I have a theory that change, even superficial change, produces temporary happiness. This is why people feel buzzed after quitting something or forming a new habit and start proselytizing to their friends. It’s not necessarily that the particular act of giving up sugar, for example, makes their lives better. Our new couch made me happier for a while — its newness and plushness and the built-in chaise providing extra incentive to wake up early and read on it — but now I’m used to it. (This works the other way too, thankfully; most people readjust to a baseline level of happiness after, say, a debilitating injury.) Maybe we can maintain slightly elevated happiness by changing things all the time. (Well, consumerism makes that easy.) Is the change-of-scenery happiness boost artificial? Or is all happiness artificial?

Over dinner with friends, the Seven Up documentary series comes up. Here’s the premise: In 1964, a British filmmaker chose a group of 14 seven-year-old children from different socio-economic backgrounds and followed them through their lives, checking in every seven years. I mention an American version, based in New York City, that I saw one episode of many years ago. What was most striking was that the rich kids, the Manhattanites, didn’t change much between seven and 14. There was one memorable shot of three girls sitting on a couch in a posh apartment overlooking Central Park; it toggled between footage from the late and early ‘90s — same girls, same order. Their responses to the same questions were remarkably similar. This wasn’t true for the kids from working-class families in Brooklyn or the Bronx or Queens, who at age seven swore they would never do drugs, and at age 14 might be dealing them.

John remarks that it’s depressing how rigidly income and class and misfortune define the course of one’s life. Our friend — an artist who was once almost paralyzed when a gallery wall collapsed and crushed her pelvis — disagrees. No, she cries, it’s liberating! It’s hope that will ruin your life; accepting your fate is liberating.

How Sisyphean! It cheers me greatly, and we order more wine. •