Some part of me never thought I’d last in New York City this long.

It’s the yoga class that was a refuge to me in the early days of my move, in what was a small studio, with white-brick walls and stuffed giraffes and the Instagrammably-appropriate amount of plants. Now it’s a free-for-all, where mats are pre-laid in perfect lines to pack everyone in, lines that don’t allow room to stretch. Even my fellow yogis feel more like competitors, toned runners and lithe women whose chic outfits frame their indifferent tattoos. Yoga, I’d thought, would surely relax me. Now, it’s an ordeal — same as everything else here.

A substitute with the calming charm of a drill instructor tells us in-between grueling three-legged dogs and fallen stars and other bummer-sounding poses, that we’re flushing out the liver, the organ of anger and creativity. Apparently it rules spring, in Chinese medicine; or is it ruled? A turbulent time, a transitional one too, a quarrelsome organ in the side of the body that’s otherwise about logic and order.

“Now, we’ll practice bringing frustration into our lives,” she says, as a hundred people donkey-kick in unison.

Frustration, I think, is not something I need to practice.

Rinko is 33. She loves the city, though hers is Tokyo, with its cleaner, more reliable transit system. She relishes the opportunity only a metropolis provides: the restaurants of every kind and price, the world-class shopping. “A woman’s weapon is her bank account,” she says. She hasn’t found a man, and has done next to nothing to change that.

Rinko is the main character of Tokyo Tarareba Girls, a manga I edit in the dream job that brought me here. She could be my alter-ego. A few years older and semi-successful in her writing while I’ve floundered with my own. And had I not closed my eyes and gambled on something being better than nothing, I might have ended up just as alone as she is.

My boyfriend moved in with me.

I’m the luckiest woman in the world, objectively. Woman, because on the eve of my 30th birthday I refused to call myself a girl and likewise eschew the othering the word “adulting” brings; lucky, because a man has fallen enough in love with me to quit his job and uproot his life across the country to be with me.

He does the dishes, most of the time. He cooks. He buys us beer and tucks me in when I’ve worked too hard.

He tells me to stop apologizing so much.

Angry and creative — fair enough. That’s how I feel most days, too. Never thought I’d identify with my own liver, but I also never thought I’d move to New York. My job keeps me here, keeps me living in an apartment smaller than some tiny houses with the rent of a three-bedroom mortgage back home. At least I’ll never again pay as much for rent as I do now, I reason.
To live here, for me, is to be irritated. I went to therapy for it, until I got irritated with that, too. It’s the ever-present overflowing garbage, the sea of nameless humanity, the absurd price of just about anything. A mass transit system that seems to pride itself on not getting anyone anywhere, a climate that is bone-chillingly cold in winter and sweat-drenchingly hot in summer.

I can find happiness here, a small part of me pleads.

But what if I don’t? 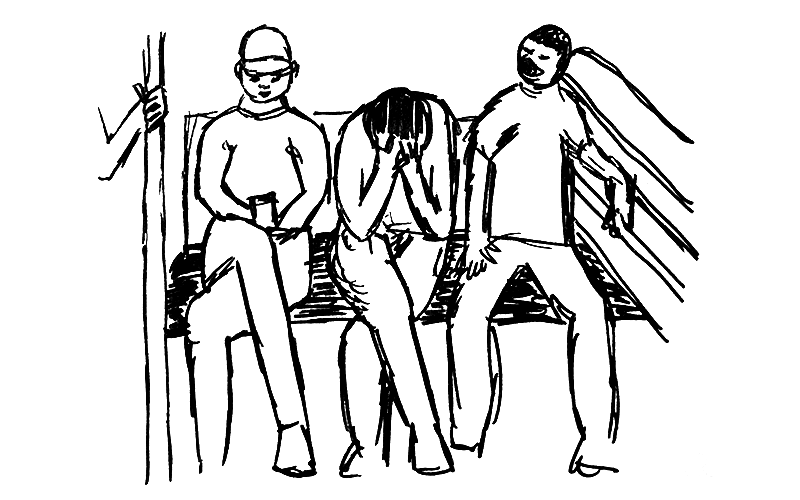 I tell him I love him more than he’d like.

I know I’ve overdone it when he asks why I keep saying it. But isn’t it obvious? I say it so I don’t have to be vulnerable and honest when I want to say, “Thank you for not running for the hills when you found out how truly gassy I am,” or “I appreciate that you always ask me how my day was, even though sometimes you don’t listen to the answer.” “I wish you’d kid around less.” “That was a great orgasm.” “Thank you for your boundless patience through my capricious moods.”

“I’m sorry, and you won’t let me say sorry anymore.”

I say “I love you” instead, and I wonder if a day will come when he doesn’t want to hear that, either.

Tara. Reba. Two words, roughly translating to “what-if,” and sharing the Japanese names of Rinko’s favorite bar snacks, codfish milt and liver. A Greek chorus come to life Ally McBeal-style, the two berate her with a constant chorus of “what if, what if?” as she tries to drink her insecurities away. It’s an idea that gelled in the author’s mind, I imagine, listening to friends bitch about being alone, thinking about the sacrifices she herself made to marry not once, but twice. The compromises. The boring, blissful weekends, the disagreements. The compromises.

The author and I have never met, and we never will. But as I read her work, I get both the deep pain and deep irony of her friends’ experience. I get the uneasy bliss I take to be hers. I get how separate things can gel into something more evolving, transcending.

My usual yoga teacher, a dark-haired, laughing-eyed woman, makes jokes in class. It’s why I fell in love with her, in a not-weird-but-totally-weird way. She plays music. She used to bring her dog. She says we should fail in class, because it’s all practice, there. A safe space to fall. In her class, we never had to be sorry — only present. 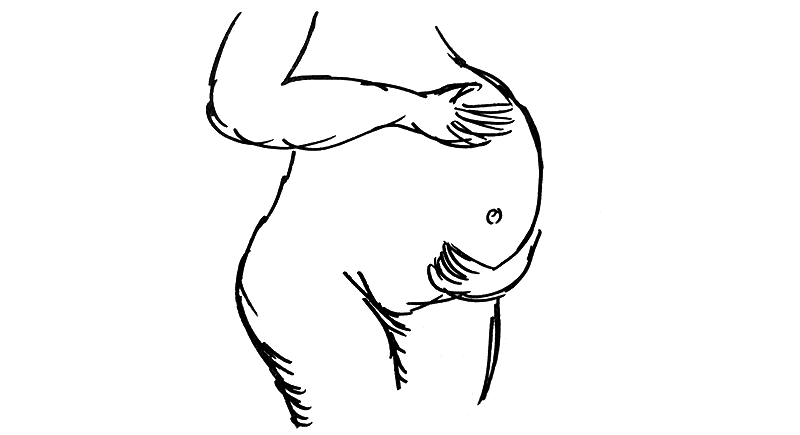 My boyfriend and I plan dates for spring. Park dates, complete with picnic and frisbee. Beach dates. Neighborhood dates, strolling through Soho and Noho and all these places he hasn’t been but is excited to see. He’s always game, happy to be here for the experience.

But he’s here for me.

Spring will make it better, of course. We’ll be able to go out, happen upon new places to spontaneously try, find ways to get our outdoor fix. There’s a beauty in the city coming alive again.

When I wonder, what if we were home?

Would we be happy?

Even when the dissatisfaction threatens to take over, I know: My discomfort is critical to the creative process, to building my understanding of this world. A “what if I were a little thinner,” opens a different sort of portal, a “what if we lived in a world where sexism and capitalism and climate change were inextricably linked?” And that, into a novel outline, and that, into the creativity I tap into to survive. My ambivalence combined with the frequency of new experience sends my thinking gears into overdrive, and I know, I know, that pushing my boundaries is critical to becoming better, more.

And though I see these answers within myself, I can’t help but continue to look for them anywhere else.
The siren call of something better, if only I — Rinko can’t settle down. All she wants is for her visions of liver and milt to subside, to leave her, to find a life where “what-ifs” are unnecessary.

I’m starting to think liver might be as troublesome as she thinks it is. Anger, and creativity, and the start of spring.