For a long time, most academic studies of metal were as dark and foreboding as the songs appeared to be. With titles containing phrases like “heavy metal music and adolescent alienation” (1996) and “delinquent friends, social control, and delinquency” (1993), these works looked at whether being a metalhead was associated with a higher likelihood of depression, suicide, violence, and a particular kind of adolescent male aggression.

This work accompanied one of those moral panics that crop up predictably with many youth-oriented music genres, from rock ‘n’ roll to rap. It’s something of a generational rite of passage: Many parents will concentrate their anxieties over adolescence into a type of art they don’t like or understand. Whether First Ladies were using emotional language to warn a nation about its vulnerable children or psychologists were using scholarly language to do essentially the same thing, the message was that this was entertainment for impressionable deviants.

The mainstream media has played a large part in sensationalizing stories about troubled young people who happened to be fans of a particular unrespectable genre, although this has clearly been tinged with a kind of confirmation bias. Few columnists would write about the suicide of a teenager and draw attention to that teen’s love of Enya. That wouldn’t be a story where an easy, but fallacious, link between taste and trouble could be drawn.

Another methodological concern is the skewing of cause and effect in such accounts. In the logic of these sensationalized stories, are individuals troubled because they like a certain kind of music, or do they like a certain kind of music because they’re troubled? If it’s the latter, then restricting access to the music isn’t helpful. If it’s the former, the scapegoating of a genre rather than psychological or social factors is awfully convenient. 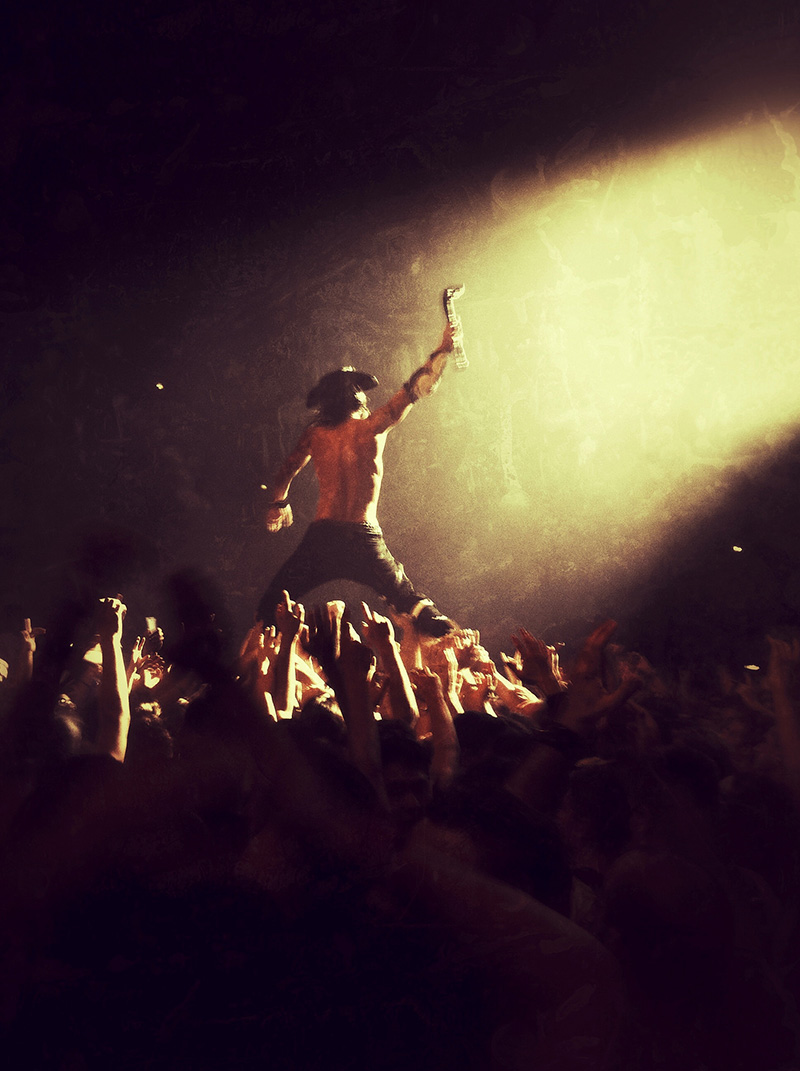 This hasn’t just been a matter of scholars and observers shouting into a vacuum. In the 1990s, the American Academy of Child and Adolescent Psychiatry, among other organizations, advised psychiatric evaluations for young fans of certain kinds of heavy metal. And more generally, musical preferences were considered when determining whether to hospitalize suicidal teenagers.

While the U.S. has long had a reputation for cultural prudishness among majority-white countries, France’s sometimes-uneasy relationship with secularism means that it has also been censorious regarding metal. The government’s wonderfully named Interministral Mission of Vigilance and Struggle against the Influence of Cults, one of several French tools for cracking down on cults, has told parents that children’s access to metal music should be limited.

These kinds of policies are fading into things of the past, and the research they were founded on has been replaced with more nuanced interpretations. Evidence of direct connections between metal preferences and self-destructive tendencies has been reinterpreted as showing only indirect links, when considering a host of other factors such as family relationships. For instance, a 2009 study of “Metal Music and Mental Health in France” explains:

As a whole, metal music fans have levels of anxiety and depression that are similar to and lower than levels in the general population. Specifically <5 percent of metal music fans surveyed showed pathological symptoms . . . This study suggests that opponents of metal music should re-examine the basis for their criticism.

But the pendulum has swung even further away from initial thinking. Not only is metal not directly harmful to adolescent minds, as the thinking goes, it may actually be helpful. Thus, over the past two decades or so, a fascinating shift has occurred in social-psychological research on metal.

Studies of deviance have given way to examinations of coping. Alienation has become less salient than social cohesion. And researchers have found it more fruitful not to aim for universalizing theories about the genre, but to shed light on the variety within it. Like any other established field, the social-psychological study of metal has branched off into researching particular sub-subcultures, whether religious (e.g. Islamic), geographical (e.g. Singaporean), political (e.g. antifascist), technological (e.g. webzine-promoted), community-specific (e.g. a speed metal scene), or of some other type.

In an example of the granularity of some of these studies, the French paper mentioned above differentiates between metal concertgoers and their mental states in multiple ways. A particularly interesting one relates to dancing preferences:

Concerning the dance rituals, the results revealed links between practicing “pogoing” [jumping up and down] or “slamming” [pushing into other dancers] and mental health. It appears that metal music enthusiasts who show signs of more anxiety participate in the more collective “slamming,” whereas metal music enthusiasts who show less anxiety participate in the more individual “pogoing.”

This study speculates that the dark and morbid themes beloved of metal lyricists may actually be good for listeners’ psyches. The authors suggest that frankness in reflecting on death in songs may make metallers less prone to anxiety and depression in real life, when faced with realities others might have neglected to think about.

One of the most recent examples of the “positive psychology” approach to metal was published in a 2016 issue of the Journal of Medical Humanities by Charley Baker and Brian Brown. In the paper, this interdisciplinary duo reviews trends in the literature and analyzes the songs of Slipknot, an Iowa band known for its masked, horror movie-style aesthetic. The authors argue that there is a protective psychological benefit to the music.

The research stems from the personal experience of Baker, a long-time metal fan who tells me, “I’ve never felt more protected than in a mosh pit.” The mainstream media and policy accounts she was reading, which demonized what was considered demonic music, didn’t square with her own experience of listening to the music, attending concerts, and seeing the emotional outlet metal provided for many of its fans.

In her own words:

I still go to lots and lots of gigs. And they’re the most positive places I’ve ever been. From the outside they look quite violent and scary, and my family find it horrifying that I go to lots of gigs. But when you’re there, it’s amazing. And that’s what drove me to want to do research in the area. The clinical research coming out didn’t match my experience in any way . . . Everybody I spoke to was saying, “No no, the metal is what keeps me alive. It’s the metal that stops me from being depressed. It’s the metal that gives me an outlet for negative emotion.”

Thus, catharsis is the main mechanism Baker and Brown identify for metal’s positive effects on mental wellbeing. That is, the dramatic lyrical content and shifts in musical dynamics are precisely what adolescents report as the stress-reducing features of this genre. And along with catharsis, this second wave of research on the psychological effects of metal points to solidarity, in experiencing and expressing strong emotions, that makes metal listeners feel less alone.

Opera is similarly cathartic, being similarly stirring (or melodramatic, an uncharitable person might suggest). The popularity of symphonic metal bands is a testament to the complementarity of these genres. And opera likewise tends toward dark topics: rape, murder, violence, etc. As comedian Ed Gardner famously said, “Opera is when a guy gets stabbed and instead of bleeding, he sings.” Like metal, opera is prone to overwrought (or stylized) lyrics — not all of which are intended to be taken literally — and dramatic visuals. Some of these trade on an aesthetic of the grotesque, akin to the Slipknot example.

As the characterization above shows, any music genre can be treated reductively. But the comparison between classical and metal may not be too strained. There are well-documented similarities between fans of metal and classical music, who according to psychological research share such personality traits as creativity and openness to new experiences.

Some of the research gets very specific. One study that subjected research participants to a Mozart piano sonata and an Iron Maiden song measured heart rates and blood pressure afterward and found no differences in physiological responses between these genres. The research design raises a number of questions — among them, whether a single piece of music can really represent an entire genre — but it is indicative of a larger trend in the way metal music is analyzed.

This may be surprising because of the unspoken assumption that age, class, and race somehow shield opera fans from the pathologizing influences that have been presumed for heavy metal, gangsta rap, emo, hardcore punk, bounce, and any number of other subgenres I’m not cool enough or young enough to know about. For while scholars have been testing and in many cases disproving such assumptions, the mainstream media has lagged behind.

For example, a 2013 Daily Mail headline shouts, “‘Loving’ teenager hanged himself after listening to ‘death metal music with dark lyrics which glorified death.’” The article repeatedly treats a 15-year-old’s suicide as somehow unsurprising given his interest in an (unnamed) band and (uncited) lyrics. It glosses over the fact that the teenager was named after a dissonant indie band, Trumans Water (the article also gets the name of the band wrong). The implication seems to be that in a story of an adolescent tragedy, one type of genre has a logical connection, while the other does not. The larger problem is that this preoccupation with music crowds out any discussion of other factors affecting the boy’s mental state. 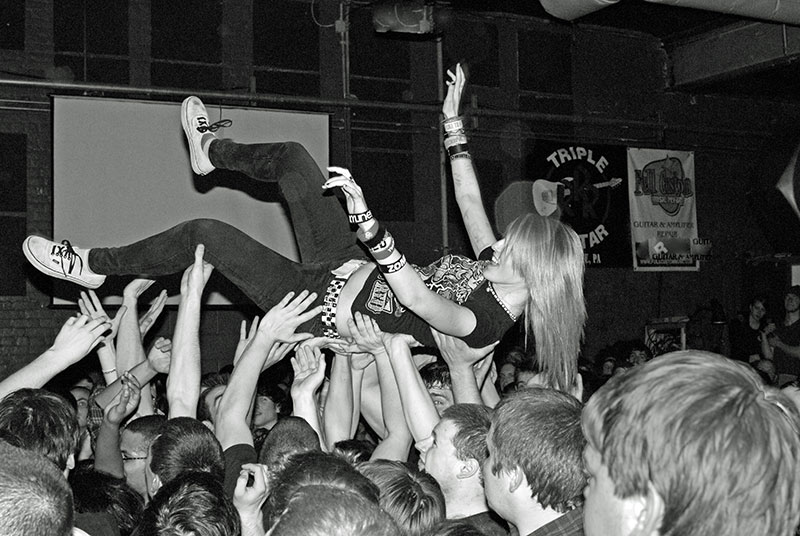 The media whips up periodic bouts of outrage when it covers not only reviled genres, but also research funding attempting to shed light on these genres. Dave Snell, whose PhD examined the New Zealand “bogan” culture of working-class heavy metal fans, reflects on this media template for outrage in his dissertation:

These stories focused on the presumed misuse of public funds to support what were considered to be fringe projects of limited social benefit while other, worthier causes were assumed to be going without funds. The misuse template is a commonly used and easily understood model as it presents clear links between causes, effects, and solutions . . . My own research project was reported in a similar fashion to previous “scandals.” Central to the controversy surrounding the current project was the characterisation of Bogans as being unworthy of serious academic study.

While certain media outlets loudly privilege their own voices over those of academics or the fans themselves, generally the scholarly literature isn’t of much interest to fans. For metal listeners, it may simply reiterate what they’ve already known anecdotally for a long time — that vilified genres may say more about the vilifiers than about the makers or consumers of such art. Beyond factual concerns with accurately portraying the genre’s enthusiasts, metal doesn’t need the respectability of academic approval. Scholarship will always lag behind experience.

An interesting trend within the scholarship, however, has been the attempt to make it catch up to the experience of the many academics who bring their own musical interests to their research. One person who argues that the scholarship does matter in framing the experience is Charley Baker, the co-author of the paper analyzing Slipknot. She suggests that research and advocacy work around destigmatizing particular subgenres helps to reduce hate crimes and discrimination against misunderstood groups. And in general, she says, “If you’re a young person and you’re already feeling disenfranchised, when you read about a culture that you identify with and hear it being misinterpreted, then that kind of alienates you even further.”

Thus, the links between metal and mental health make for a fascinating case study of fairly rapid reversal in an academic subdiscipline’s tendencies. Where patterns in the understanding of metal psychology will go next is an open question. •