I love cold, dark mornings. I love stretching just past the warm spots in the sheets and feeling the icy air brush across my toes. I love the way the pillow pushed under my shoulder cradles my head in softness, and I love to roll over and wiggle the curve of my hip into my husband’s side, tucking my cold feet around his warm ones.

I used to love that last part, anyway. Lately, in my sheet-swaddled semi-clarity, I reach for my husband’s hand before I realize that he’s not in bed with me any longer.

When you fight reality, you will lose.

Look, I know that my husband is dead. I don’t struggle with the reality of loss, even if it’s painful to recognize that he’ll never come barreling through our door, his voice raised in minor irritation as he bellows out precise instructions or parses out some unsolvable question. For years, I heard him coming long before he walked in, since he never once came upstairs without loud, elaborate multitasking, generally involving two or three shopping bags and briefcases, handfuls of mail, half-finished cups of liquid, and drawn-out verbal negotiations with someone I’d never see.

The pain I’m feeling now isn’t anything like the pain he dealt with in the last two years of his life, of course. Cancer ripped through his body like a brush fire, refusing to allow him even one restful night’s sleep. I lay in bed next to him, feeling his body shudder as disease throbbed into his liver, then his back and belly. There were tumors everywhere, like BBs strewn across a carpet. They pressed into nerves, dug into his organs, and squeezed off his ability to digest food. Even in the last days of his life, as we fought with hospice to increase his pain medications, he just couldn’t get comfortable. Every twitch of his body, every grimacing exhale — I felt them too, even if I was spared the physical pain he couldn’t escape.

I didn’t expect to be a widow in my 40s. I suppose no one expects that disease is lurking quietly on some shelf deep in the guts of the man you love, just waiting to pounce at the first sign of immunodeficiency. Sometimes I imagine rummaging through a pile of his neatly stacked organs, looking for bits of cancer-colored nastiness that can be picked off like lint and rolled between my fingers before I blow them out the window. Why not? Maybe that would have worked. Nothing else we did saved him.

I met my husband at Ferrara’s Bakery on December 8, 2010, memorable as the 30th anniversary of the death of John Lennon. For us, it was the night that he didn’t quite make it to Ferrara’s upstairs bathroom before a scatological disaster struck. Our first conversation—which lasted two hours and covered Beatles trivia, Little Italy’s architecture, First Amendment law, and Hayekian philosophy—must have been uncomfortable for him, since he was forced to discard his undergarments and pray that the smell of warm baked goods covered any residual odor. He didn’t say a word, and I didn’t notice that his pants were damp from waist to knees. He was brilliant, charming, and hysterically funny—and with his shock of graying hair, Woody Allen glasses and dark stubbly cheeks, he was exactly my type. I fell in love with him even before he wrapped his cashmere scarf around my neck, found me a cab, and paid the driver to take me to my hotel. Two months later, we were living together and making plans for the rest of our lives. Two years later, we held hands in his oncologist’s office, unable to stand when we heard that at his advanced stage IV state, the five-year survival rate was 0 percent.

Not long after this shattering news, my husband’s gastroenterologist called to chastise me for allowing him to endure a 10 hour surgery in which a chunk of his liver was removed. “It won’t make a difference,” he snarled, angry that we had ignored his advice to let my husband enjoy his last months without medical intervention. “He’s got about 18 months one way or the other. Why put him through the misery of recovery if he’s got a limited amount of time?”

Until, of course, it happened.

My husband died of cholangiocarcinoma — cancer of the bile duct, the same disease that carried off both Tommy Ramone and Doors keyboardist Ray Manzarek — on July 30, 2014, leaving behind three adult sons and a stepdaughter, one infant grandson, thousands of friends and colleagues, and his second wife. That last one is me. At various points in his life he had another wife and untold numbers of girlfriends, but I alone hold the title of widow.

When you fight reality, you will lose. He said it to me over and over as I ferried him from one oncologist to the next, researched clinical trials and quack treatments, and fed him non-carcinogenic veggies and organic, grass-fed meats. No potentially health-giving stone was left unturned, and although we were desperate to save his life, he knew that sometimes it doesn’t matter what you do. You cannot control the outcome, and we — oh hell, I — needed to find peace with whatever the outcome might be. 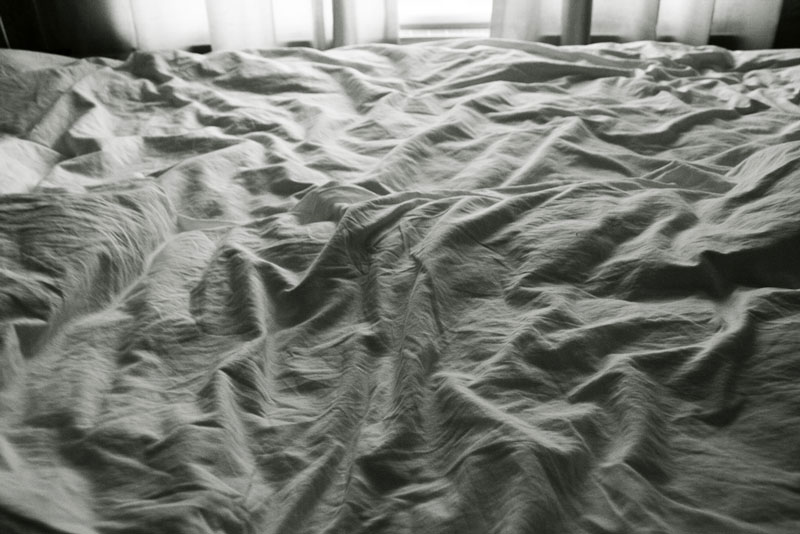 Widowhood manifests itself quickly, even when you know it’s coming. People who know what happened treat you with a kindly deference, complete with sideways head-bobs and gentle hugs. For me, it got real when I realized that I’d never lived alone before. My first marriage started immediately after graduate school petered out and I moved back in with my parents, and it lasted about two decades longer than it should have. Still, there was always someone else around — mostly my daughter, who from her very first days has been the burr to my Velcro, although I remain unclear on who clung more closely. After all, I was the helicopter mom who pulled up stakes and followed my little one a hundred or so miles when she left for college — the parental equivalent of Mary’s lamb. By the time she headed into the dorms without me, the man who would die a bare 18 months after becoming my second husband had already moved into my tiny urban loft, bringing more shoes than we had space for, dozens of phone chargers, his watch and pen collections, and an overflowing box of unopened mail. In the three-and-a-half years we were together, he never brought much more than that into our shared space — which made it easy for his brother and sons to parcel out his possessions and carry most of them away. And when the door closed behind them, I stood in the middle of my living room, my stomach roiling, my knees suddenly unable to hold the weight of my body. Death hadn’t frightened me as much as the terror of solitude. There wouldn’t be anyone walking through that door tonight. As far as I know, there won’t be anyone walking through that door ever again.

There are a lot of us who are left behind when a partner dies, but not a lot of us are under 50. I’ve seen vague statistics that claim that only around two percent of widows are in their 40s — and that’s certainly possible — but in the same way that I never held a baby until I had one, I never knew a young widow until I became one. Now I see them with some regularity at the grief support meetings I attend to see what other people are doing to manage their emotions. Their edges are raw, like mine. We weep unexpectedly, unleashing our ire and pain at random strangers. We’re part of an exclusive club that no one wants to join.

When you fight reality, you will lose.

For some of us, there was no warning before our husbands hit the floor. I was lucky, if watching the love of your life die slowly and painfully can be regarded as good fortune. At least we said goodbye to each other during those last 18 months. Before my husband died we spent hours — days — discussing the past, the present, and the future. He told me to move forward with my life, knowing that I would surround him with love until it was all over. He helped me find the freedom to be without his voice in my ear. He let me know that it was all right to look ahead and create a life that didn’t include him. And in the last hours of his life, he used his last conscious breaths to tell me he loved me.

It sounds simple, this moving forward. You pick your feet up and take a few tentative steps in the direction of progress. Small victories like calling a friend for dinner or getting through a project at work become cause for celebration. Still, the emptiness of loss is always there, even when I’m laughing with friends or burrowing underneath my cozy down-filled duvet. But I’m not fighting it, because I genuinely believe that when you fight reality, you will lose. It’s a tough lesson for someone who is scrappy by nature. I know that my life will never be the same without him. But as I look forward, I’m not afraid. He loved me. That was my reality then, and it is indelibly part of who I have become. And as I move forward with this new reality, I know that there’s no way I’m going to lose. •