In “I’m Dead (But I Don’t Know It),” Randy Newman takes some potshots at rock stars continuing to grind it out long past their prime. The joke, of course, is that the chief target of the satire is he himself. Although the cleverness and self-awareness of the song belie the indictment, “I’m Dead” invites the suspicion that in recent years each Newman album (to paraphrase the lyric) has tended to sound like the one before – just not as good. But Randy Newman peaked much later than many of his peers from the Woodstock Nation. Never having been a hippie, he could embrace middle age without embarrassment, and in 1988, at the age of 45, he brought out his best collection of songs ever, the rueful, sardonic, and teasingly autobiographical Land of Dreams.

I might as well admit now that what rock snobs despise about Randy Newman is true: he’s slick. Indie rockers bursting with integrity do not compose soundtracks for movies like Toy Story and Meet the Parents. Unfortunately, the facility that makes him so beloved by Hollywood producers sometimes extends to the overly finicky production of his own records. The credits alone take up more space than most bands’ lyric sheets, and if there’s a lull of about five years between albums, that’s probably because it takes that long to make each one. No doubt the background vocals (which have been known to feature members of the Eagles and Fleetwood Mac) are sometimes a little too “L.A.,” and four guitarists, two synclavier players, and five percussionists on one track may be a bit too much. But if slickness means the meltingly beautiful orchestrations of “Sail Away” or “Louisiana 1927” or the mastery of American musical idioms everywhere in his work, so much the worse for roughness. Besides, anyone who has ever attended a Randy Newman concert, in which he usually performs alone, knows that his songs stand up marvelously – sometimes they’re even better – without the safety net of a large band or studio contrivance. The narrator of “My Life Is Good,” as Newman once said, sounds like even more of a jerk when he tells his horrible story through Newman’s voice and piano alone. And that voice, though its texture and diction have thickened in later years, remains one of the most distinctive in pop music. In contrast to the songs that contain them, Newman’s vocals are never pretty, but his half-spoken, grumbling delivery – “froggy,” as he might call it – makes the perfect counterpoint to the rolling euphony of the arrangements. 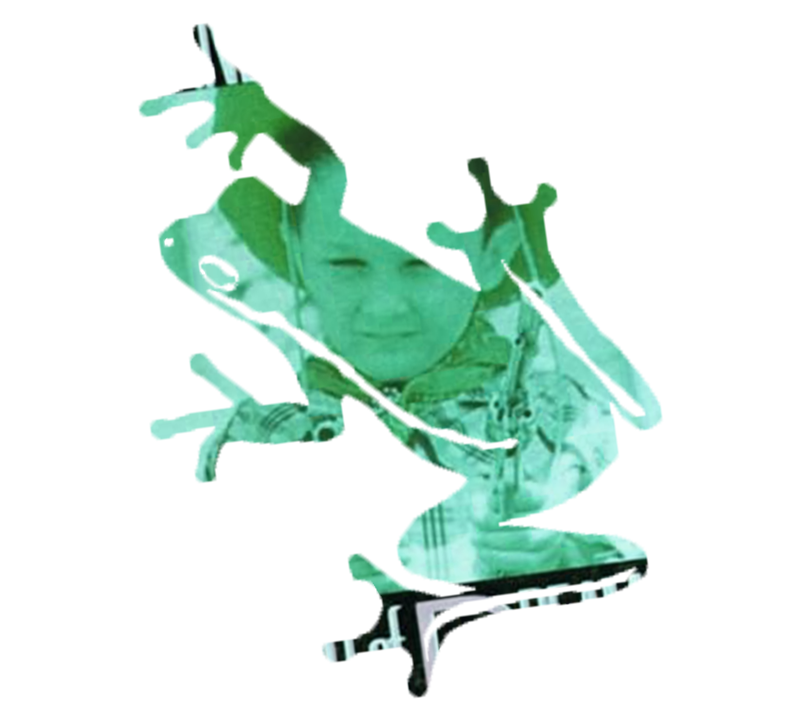 Reviewers like to speak of Newman’s “pianism,” which means, I think, that he’s a pretty good piano player, though he rarely makes a show of it. On occasion, he has hired someone to do the job for him (again, rather like the monstrous Randy Newman alter ego in “My Life Is Good,” who pays the maid to write the song for him), but the best licks on Land of Dreams are all his. In fact, the album begins with one of the loveliest keyboard passages on any of his records, which is fitting, because the song, “Dixie Flyer,” is a reminiscence about Newman’s oddly sorted Jewish relatives in New Orleans and takes inspiration from that city’s legacy of extraordinary piano players. Probably the piano playing would have been just as elegant if the song had been set in Des Moines, but if you’re going to write a song about New Orleans, why not feature some superb New Orleans-style piano playing? Actually, the next song, “New Orleans Wins the War,” is more in the vein of traditional Dixieland swing, but both songs demonstrate Newman’s ease with styles deriving from Fats Domino to Louis Armstrong to Grandmaster Flash (though that’s a bit later on the record). “Dixie Flyer” accommodates a keening countryish guitar and a railroad shuffle on the drums, while “New Orleans Wins the War” allows for some slippery horn playing and wistful crooning. Amazingly, these musical extravagances occur in songs with a narrative content that embraces parody, comedy, nostalgia, social criticism, and family history. Neither lyric lends itself well to paraphrase, but how many rock and roll song lyrics ask you to imagine (a) a Jewish family reunion in New Orleans during World War II, with the narrator’s uncles imitating but not quite achieving the relaxed boorishness of the gentiles, and (b) a postwar celebration of victory in Europe which the residents of New Orleans use as an occasion for free-form revelry and wholly misguided civic pride?

There was nothing novel about the wit and broad historical purview of these songs. Newman had been taking on the oddities of Southern culture even before Good Old Boys, his ambitious song cycle of 1974 inspired by the cult of Governor Huey Long. What was new was the element of autobiography – imagining his mother as a young war bride fleeing to the comfort of her family in “Dixie Flyer,” or recalling the appalling life lessons she innocently imparted to him in “New Orleans Wins the War” (“She said, ‘Here comes a white boy, there goes / a black one, that one’s an octoroon’”). Personally, I’ve never had any problem with nakedly confessional songwriting; narcissism is the very air that Morrissey breathes, and who would have it any other way? But Randy Newman is no narcissist, and his forays into autobiography are glancing, sidelong, and cheerfully absurdist. The childhood trauma he evokes in the next song, “Four Eyes,” might have been milked for pathos by another songwriter, but this tale of a bizarre rite of passage foisted on the uncomprehending boy by his deluded father is perhaps even more horrifying for being so funny. The music, too, is of a piece: harsh staccato rhythms and a distorted electric guitar that turns into “Mary Had a Little Lamb” behind a chorus of mocking children’s voices.

And then, abruptly, the curtain drops. Land of Dreams has the feel of an aborted concept album, with the first three songs using Newman’s childhood memories to explore the relationship between personal history and social history. Although it’s regrettable that he went no further in that direction, it seems churlish to complain when the rest of the album is so good. Furthermore, his most revealing autobiographical song ever, “Miss You” – simple, unadorned, unillusioned, and utterly heartbreaking – was still a few years off. Maybe Land of Dreams unlocked some chambers in his heart. 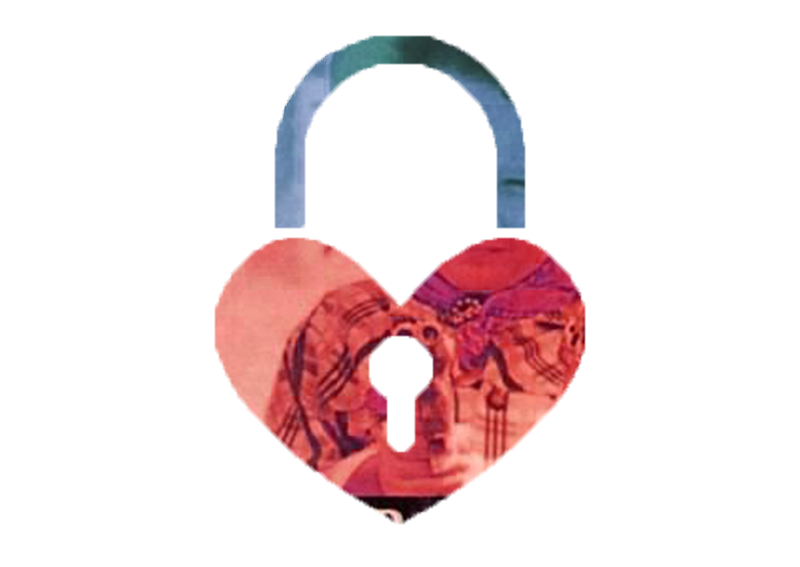 The rest of the album is just the usual collection of brilliant Randy Newman songs. Musically and lyrically, they’re all over the map, from the calypso lilt and casual euphoria of “Falling in Love” to the strange and sinister “Bad News from Home” to the whiteboy rapping (not great, but then it’s not supposed to be) of “Masterman and Baby J.” Land of Dreams closes with two magnificently cynical mock anthems, “It’s Money That Matters,” distinguished by the ferocious, overdriven guitar of Mark Knopfler, and “I Want You to Hurt Like I Do,” distinguished by a choral sing-along that savages the sentimentality of “We Are the World” and other exercises in rock star self-congratulation. If I have any complaint, it’s that the satire is sometimes too programmatic even when it makes no pretense to even-handedness, as in “Roll with the Punches,” which posits such a grotesque straw figure of heartless conservatism that it makes the good, humane, and liberal Newman seem what he is not – smug. I prefer the unprogrammatic “Red Bandana,” which has no message to deliver but conjures up a convincingly gritty low-life milieu in a few throwaway lines and tacks on some herky-jerky synthesizer phrases as if in illustration of an insane Tom and Jerry cartoon. Does he laugh when he writes this stuff?

It’s not as if I’m proclaiming any secret truth. Randy Newman has been composing and performing splendid American songs for decades now, and millions of people have paid him lots of money to hear them. But maybe just because he has written so many lasting songs in so many different tonal registers – “Uncle Bob’s Midnight Blues,” “Rednecks,” “Baltimore,” “I’m Different” – or maybe because for some people he’s too mainstream and for others not mainstream enough, he tends to be taken for granted. But I say: Put down that middlebrow novel. Don’t go to that mediocre movie, for which he might well have composed the soundtrack. Listen to a Randy Newman record instead. “What have I done to deserve this?” he asks in “Falling in Love,” and answers: “Why, you haven’t done a thing.” •

Images within the essay by Isabella Akhtarshenas.