I do not say that the novel must be, or more often than not is, political. But where there are characters, the political may be found. A writer chooses to accent, plunge into, or ignore the political, but characters insist upon liking or disliking something that is happening or has happened or may happen. In short, every character has an opinion, whether he cares about it or not.

In some instances, the character will be indifferent. He or she does not care about politics. Something other than politics holds his or her attention. The subject is boring, or too complicated to waste one’s time on. Yet, the political appears in many guises. How a kindergarten teacher teaches involves politics. The teacher will choose to accept or dispense with requirements of the educational board. A football coach seeks to teach his team the rules of fairness. You don’t have to be in politics to be political. One definition of political, from Merriam-Webster, is “the total complex of relations between people living in society.” Where you have two people — or two characters — interacting, you have the potential for politics. We all know that the election of a president is an instance of politics, but so is bullying. So is deciding who will sit where at a dinner party. Jane Austen’s books are marvels of dining room politics. That is not to suggest that her work was minor; her work was major, often exposing and commenting on the vagaries of England’s upper class. Her female characters often look for economic safety and an acceptable standing in society, a venture that was essential and dependent on finding the right guy to marry. Love? That was the frosting, not the cake.

If you have not read Austen’s novels, you must. They are fabulously witty. 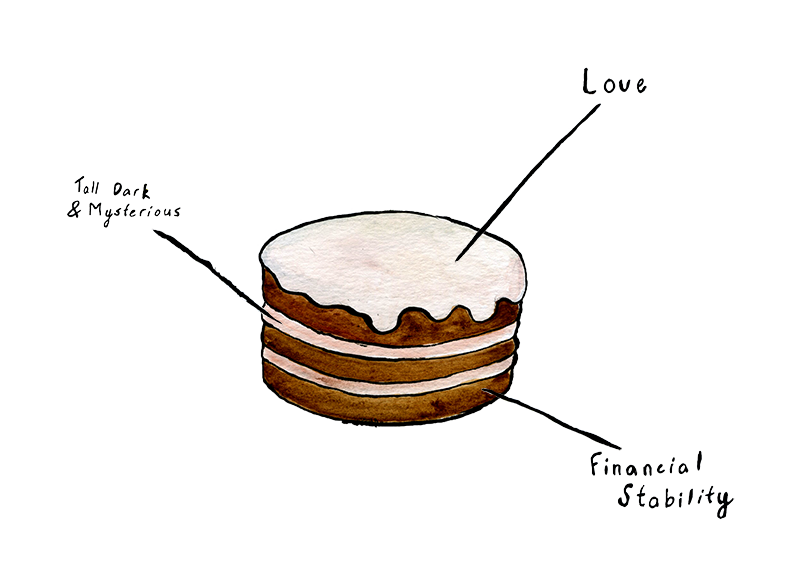 The ancient Greeks produced dramas that analyzed the relations between a leader and the people. Of course, all plays, ancient or current, explore the dynamics of right and wrong, good and evil. The play, any play, is essentially a dialogue, or conversation, in search of truth. Shakespeare’s Julius Caesar is a play we may call to mind as an example of the political. Conspirators, including Brutus, seek to halt Caesar’s ascension to Emperor of Rome. Indeed, the conspirators take him down — brutally, we might say.

A modern book immediately recognizable as political is George Orwell’s Animal Farm. His dicey lungs had kept him from serving in WWII. Nevertheless, he joined England’s Home Guard, which was something like a people’s militia. He had been writing numerous articles and reviews for journals, newspapers, and for his broadcasts on the BBC. One of the best prose writers ever, he wrote an essay, titled “Politics and the English Language,” about writing — specifically, writing clearly — that has pruned the prose in many other books and articles. I’d suggest that young or new writers print out these rules, easily found in Wikipedia’s entry about him, and tape the list to their computers.

Why was the word “politics” included in the title?

Because he worked as a journalist and understood how important it is to write precisely what you mean. That can be difficult to do, but if you read Orwell you will become more aware of what truth and accuracy mean.

And as I write this, Donald Trump is insisting that he never mocked a disabled man, despite the fact that a great many of us — of Americans — saw him do exactly that on television. So that is why truth and accuracy are paramount when writing nonfiction or reporting news. Truth and accuracy are also important for fiction, for any fictional plot must be supported by realism. The realism may be located in a very small area — the veracity of a short dialogue, or the direction in which the characters move during the story, or the description of a terrier or a spaceship. Even science fiction must obey this rule. A book with nothing at all recognizable in its pages will not be read by anybody.

And here I want to talk about George Orwell’s fiction. Animal Farm, published in 1945 and still read widely, is a novel in which animals talk. A children’s book? No. A book that serves as a metaphor for the state. What state? Orwell makes it clear to us that he is letting us know what is wrong, terribly wrong, with the Communist state. Published just as the Cold War was heating up, the story takes place on a farm. It is an allegory. Merriam-Webster defines an allegory as “the expression by means of symbolic fictional figures and actions of truths or generalizations about human existence.” To put it more simply, one thing is being described as another. Or, to use his own words, he was determined “to fuse political purpose and artistic purpose into one whole.” In Animal Farm, the pigs hold a meeting during which they decide to carry out a revolution. The revolution is in service to what is now called “Animalism.” The pigs’ motto is “All animals are equal.” Mr. Jones, the owner of the farm, is a fool and an alcoholic, so he is chased off his own property. Now the animals learn to read and write and are taught the Seven Commandments of Animalism. At the same time, the pigs, being piggy, begin to stock up secret supplies of food. They also promote themselves to high positions. There occurs The Battle of the Cowshed. The pigs seek to outdo one another — to compile the biggest pile, hold the highest title. There is another battle. Boxer, the aging workhorse, is wounded, then killed, or as such killers say, knackered; that is, slaughtered, his parts sold piecemeal or sent to a glue factory. One of the pigs sold poor Boxer out.

The pigs have begun to look like and act like humans. The clothe themselves. They walk like humans. They carry whips. The motto has been altered to “All animals are equal but some animals are more equal than others.” What we have now is a portrait-in-action of Soviet Communism. The state is more important than the individual, and the state itself is composed of pigs. Orwell’s depictions of various animals is both amusing and shocking. Four young pigs, hoping to acquire higher status, are executed. What may at first glance have seemed like a fairytale has got to the heart of things, and it is a heart of darkness. 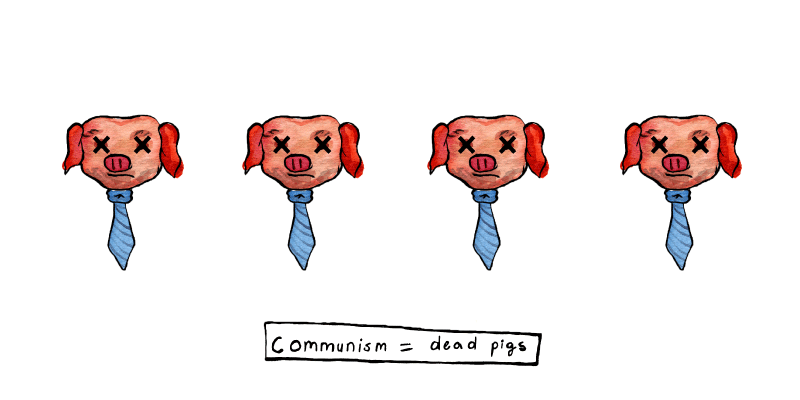 Orwell wrote this book because he was angry about the way the Soviet Union treated people and he wanted to warn those of us who live freely that, if we are not alert, freedom can be snatched away. I am writing this chapter in 2017 and the need to be alert today — of phony emails, Putin’s attacks on our voting systems, backdoor meetings in secrecy — is especially serious. Fortunately for our country, many of us have been recently reading or rereading Animal Farm. Certain parallels have become clear.

Orwell fought in the Spanish Civil War. There were purges. The war and the purges taught him “how easily totalitarian propaganda can control the opinion of enlightened people in democratic countries.”

Orwell’s most widely read book is 1984 published in 1949. A dystopian novel, it is set in a future that is always at war. Everybody is closely watched, and the public is pacified by a modern version of the Ancient Romans’ “bread and circuses.” Even the language has been manipulated; instead of English, we have Newspeak. Big Brother is in charge. He resembles Stalin. This is a world where the populace are blissed out on drugs, alcohol, and “telescreens.” “Thought Police” track down people who do not hold the line and these policemen render those people “unpersons.” Unpersons are people who have broken the law by not behaving the way everyone else behaves. The lead character in the story is Winston Smith, who is, in effect, the reader; we are all Winston Smiths: average people with average desires and an average hope to remain alive rather than become an “unperson.”

It’s a riveting book. You will want to read both it and Animal Farm. And once you read something by Orwell, you will likely want to read more. Down and Out in Paris and London is a wonderful book for any young or merely youngish writer. 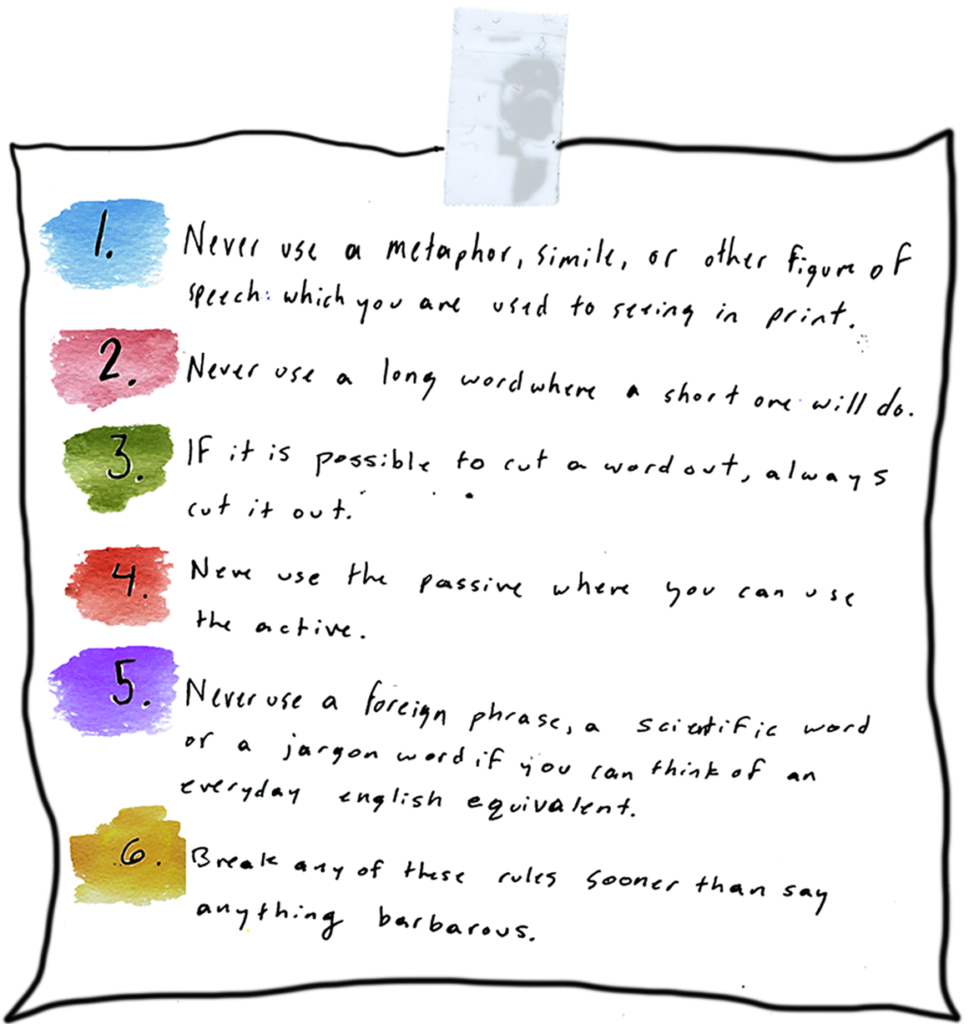 Every writer can learn from George Orwell. His prose was so clear that no one can misunderstand any part of it. His sense of fairness and justice was paramount. He wrote about politics, war, economic struggles, and how to write. You’ll certainly want to read his essay “Politics and the English Language.” And I suggest reading all his novels.

He had sympathizers, including Arthur Koestler, and he had enemies. One critic, a deconstructionist, called him naïve. Almost all deconstructionists think all writers are naïve. But writers don’t want to tear books down; they just want to write them. I believe Orwell was far too intelligent, productive, and experienced to be naïve about anything. That supposedly superior deconstructionist did not fight in a war; he simply read some books. Reading books is an excellent thing to do, but, of course, there are also any number of other excellent things that someone, perhaps even a writer, might wish to do. Orwell did them.

Again, the writer has no obligation to write about the political; it is an option, not a mandate. Still, if a character in your story or book opposes another character in your story or book, you may find yourself writing the political. Questions of morality may also lead us to the political. How is a state best unified? Can murder be justified? In even a small salon or restaurant you will hear questions regarding status, duty, relationships. We may not always enjoy writing the political (though many do), but we are surrounded by it, and some will want to investigate it in the pages of a book-length manuscript. If that is you, go for it. •