Growing up in suburban New Jersey during the 1960s, I always thought of Leonard Bernstein as a kind of distant cousin. All Jewish families who had emigrated from Eastern Europe had people evocative of Bernstein — charismatic, larger-than-life talents who seemed to skirt danger.

It’s not entirely clear whether Lenny, as his friends called him (though his grandmother had insisted on calling him Louis, his given name) was a child prodigy, only that he loved music from an early age and was branded a genius when he arrived at Harvard. His genius showed most dramatically in his energy and inventiveness — a restlessness that some saw as a tragic flaw.

For even when he was quite young, there was the buzz that Bernstein was wasting his talent. Why was that? Partly, it had to do with the snobbism of the classical music world during this period that couldn’t fathom that one wouldn’t want to be dedicated, heart and soul, to a stodgy repertoire. From the mid-’50s to the late ’60s, Bernstein conducted the New York Philharmonic Orchestra, a platform of great respectability from which he still managed to do a multitude of other things — suggesting, I suppose, that he wasn’t putting his all into that sober enterprise. In actuality, Bernstein felt that it was conducting that might be frivolous. Up to the end, he worried he would be remembered as a mere conductor and ought to have given more time and energy to composing. Yet, he did a great deal of the latter, moving across a multitude of genres: music for ballet, opera, voice, brass, strings, piano. He wrote the score for the Oscar-winning film On the Waterfront; for the ballet Fancy Free, choreographed by Jerome Robbins; and for a number of successful musicals, including the incomparable West Side Story. He also wrote two major orchestral works: the 1963 Symphony No. 3: Kaddish, in honor of John F. Kennedy’s death, and Mass, a 1971 amalgam of musical lexicons meant as tribute to the protest movement. 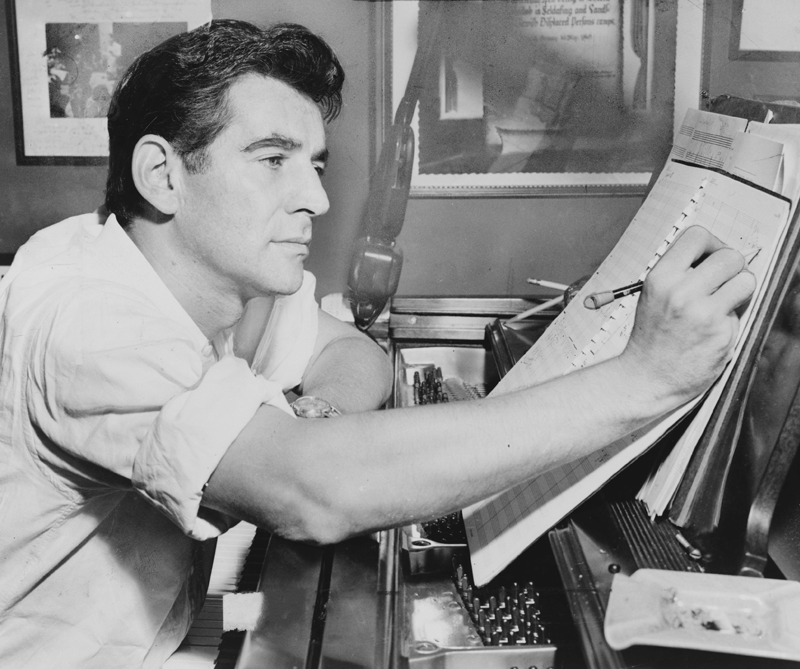 One of his innovations was to bring music to children. His televised Young People’s Concerts with the Philharmonic, initiated in the 1950s and continuing into the ’70s, seemed like the gimmick of a showman, which, of course, they were (kids always make cute copy — and seeing Lenny with children emphasized his child-like nature). But it was also, in retrospect, an inspired feat of cultural marketing. It cultivated several generations of audiences for the concert hall, a group now entering late middle and old age without being replaced (with the result that orchestras across the country are going bankrupt).

Lenny was “out there” before “out there” was fashionable. He had a stylish Chilean wife, Felicia Montealegre, whose name was as exotic as his was down-to-earth. But we soon heard the rumor that he was gay or, as it was insisted on for the sake of explaining the marriage, bisexual. The whole thing was hard for mid-20th-century Americans to wrap their minds around.

Similarly, his social consciousness was outsized. He was a member of the Communist Party, blacklisted during the McCarthy Era, though this didn’t seem to do him much harm (perhaps because, as a musician, it was assumed that his ideas didn’t count as much as those of screenwriters and directors). More damaging was his later involvement with the Civil Rights Movement. In 1970, Tom Wolfe wrote a profile for New York Magazine about a party Bernstein and his wife hosted for the Black Panthers. Wolfe coined “radical chic” to describe the event — a phrase that became a denigrating meme for the 1970s. Nothing during this time period hurt one’s reputation more than appearing foolish — and that’s how Wolfe rendered Bernstein: as an affluent, white liberal seeking penance for his race’s misdeeds. The representation ignored so much about Bernstein’s background and accomplishment, and, more disturbingly, allowed both the impulse of social consciousness on the part of rich people and the seriousness of race injustice in general to be sidelined.

But ridicule was the price to be paid for originality and beauty. I can still remember being smitten, as a young child, by the way Bernstein looked: the hair that flopped dramatically while he conducted, without baton; the large leonine face, at once burlily handsome and femininely sensitive. Lenny was a star — but that made him suspect to a society in which there were clear demarcations between populist stars and artistic geniuses. The division, instigated by Virginia Woolf’s decrial of “middle-brow” culture, was reinforced by the Partisan Review crowd into the 1970s. (It was why that group fell out with Norman Podhoretz when he claimed, in his book Making It, that you could be an intellectual and still want material success.) 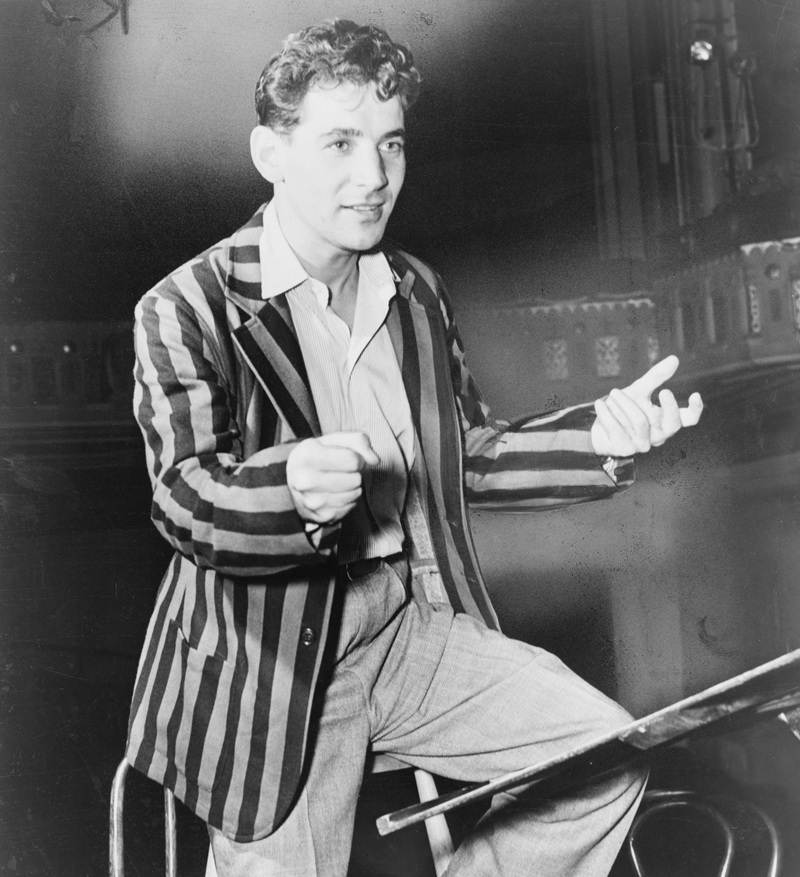 But boundary-crossing was what Lenny was all about. It put him ahead of his time — in his embrace of popular culture and sexual fluidity, in his understanding of the importance of children in establishing taste, in his willingness to risk contradiction and ridicule with respect to politics. Today, along with his musicals, he would have had a music video, not to mention a clothing line and a signature scent.

It’s hard to fully explain the tragic aura that clung to Lenny. In part, it had to do with his eclecticism. In ranging so widely, he gave the impression that he couldn’t dedicate himself fully to one endeavor, genre, or person. In part, it emanated from his own disappointment that he had not equaled the achievement of his idol, Gustav Mahler. Ironically, his score for West Side Story will probably be listened to long after Mahler’s Fifth (the work with which he was buried) ceases to be performed.

His tragic aura was also based on the scapegrace quality of his persona. He seemed to have intentionally put himself in the way of difficulty and danger. Was this errant Jewish boy “depraved because he was deprived”? That brilliant lyric from the Officer Krupke sequence of West Side Story is by Stephen Sondheim, a mentee of Bernstein (another one of Lenny’s legacies was to mentor talent).

Or was the tragic aura connected to the too-great expectations that he engendered in the critics and audiences that appraised his work? Bernstein’s heyday was in a time of high hopes. John F. Kennedy’s Camelot was meant to usher in a new world order; Norman Mailer was supposed to write the Great American Novel. Bernstein, similarly, was expected to catapult American music to a new level of excellence and prestige. But high hopes are invariably bound to be dashed. Kennedy was assassinated; Mailer petered out; Bernstein scattered his energies. Still, perhaps more than Kennedy or Mailer, Bernstein made an enormous contribution to American culture. His tragedy lay in the human fact that he was not the musical messiah that he came so close to being. •