In the face of our nation’s current turmoil, I suggest that we open our Mencken. This gadfly journalist and critic provides an astute analysis of issues relevant to us today.

Henry Louis (H.L.) Mencken was born in 1880 and died in 1956. He was by nature intemperate and irritable. He disliked most politicians, critics, and journalists (though he himself functioned in the two latter roles). He hated hypocrisy and platitude. When others were lauding the American dream, Mencken could write: “it seems to me that the shadows [on America] were never darker than they are today, and that we must linger in their blackness a long while before ever they are penetrated by authentic shafts of light.”

His style managed to be both ornate and blunt. His influence on the language was lasting — as he boasted: “I invented a large vocabulary of terms of abuse of my countrymen; a number of these terms have since passed into the American language and are now used even by Babbitts,” a Sinclair Lewis character whom Mencken saw as an archetypal member of what he called “the booboisie.”

Mencken can be appreciated across the current political spectrum because his opinions were unpredictable and non-ideological. He was unabashedly elitist, but his elitism was (mostly) moral and intellectual.

In his critique of social class, he recalls the great Victorian critic Matthew Arnold, who denigrated his country’s aristocracy, middle class, and proletariat by labeling them, respectively, Barbarians, Philistines, and Populace. Mencken similarly decried “the booboisie” and “the mob” (his cruder terms for Arnold’s Philistines and Populace), often lumping them together as possessed of “the banal ideas and cautious, stupid habits of mind of the great masses of inferior men.”

“…it seems to me that the shadows [on America] were never darker than they are today, and that we must linger in their blackness a long while before ever they are penetrated by authentic shafts of light.”

As for the aristocracy, Mencken lamented that there was no such thing in America. In this, he superficially diverged from Arnold, who found the English aristocracy — his Barbarians — vapid and complacent. Yet the actual difference between Arnold and Mencken is semantical. Where Arnold was critiquing the aristocracy that existed, Mencken was calling for the creation of an idealized American aristocracy: “secure in its position, animated by an intelligent curiosity, skeptical of all facile generalizations, superior to the sentimentality of the mob, and delighting in the battle of ideas for its own sake.”

Mencken had a perspective on America that derived from Thomas Paine’s dictum: “We have it in our power to begin the world again.” He registered both hope and disillusionment in this promise, especially with regard to American literature. His writing for The Smart Set, the journal from which we have borrowed the name of our online magazine, was predominantly literary criticism, where he discussed both the potential and the shortcomings of contemporary writers. He praised Theodore Dreiser for his “epic dignity,” and he admired, with reservation, Sherwood Anderson and Sinclair Lewis. He also wrote positively of Willa Cather and other female authors, whom mainstream critics tended to dismiss.

Mostly, however, he expressed dismay at the state of American literature: Walt Whitman, he noted, had marked the beginning of a great literary future that had not been realized. “We have given a gaping world no books that ‘radiate,’ and surely none intelligibly comparable to stars and constellations.” And he continued: “Our literature, despite several false starts that promised much, is chiefly remarkable, now as always, for its respectable mediocrity.”

Matthew Arnold would say the same for the literature of his own time, though placing his remarks in a different context. He argued that each era oscillates between a Hebraic and a Hellenic impulse — between moral judgment and the light of truth — and that literature was then in transition between the two. Mencken was less forgiving but also more idealistic. Still, the conclusions arrived at by Arnold and Mencken were oddly similar: “Confusion and false movement,” Arnold described the writing of his day, while Mencken asserted that American literature is characterized by “an emasculated and often very trashy dilettantism.” Something of the same critique could be leveled at our commercialized literary culture today.

“Our literature, despite several false starts that promised much, is chiefly remarkable, now as always, for its respectable mediocrity.”

On the subject of immigration, Mencken seems entirely in step with current progressive opinions: “Laws are passed to hobble and cage the citizen of newer stocks in a hundred fantastic ways . . . Every divergence from the norm of the low-cast Anglo-Saxon is treated as an attempt against the commonwealth, and punished with eager ferocity.” And his argument regarding the value of an immigrant population seems especially cogent: “it [America] needs the stimulus of other and less exhausted strains. The fact that they increase is the best hope of civilization in America. They shake the old race out of its spiritual lethargy, and introduce it to disquiet and experiment. They make for a free play of ideas.”

On the subject of the press, his viewpoint could be ascribed to both left- and the right-leaning critics today: “In America it is the newspaper that is [its reader’s] boss. From it he gets support for his elemental illusions. In it he sees a visible embodiment of his own wisdom and consequence. Out of it he draws fuel for his simple moral passion, his congenital suspicion of heresy, his dread of the unknown. And behind the newspaper stands the plutocracy, ignorant, unimaginative and timorous.”

He had a robust disrespect for religion, and one hears echoes of his clever taunts in the writing of the late social critic Christopher Hitchens and in the commentary of comedian and television host Bill Maher. Mencken wrote: “All great religions, in order to escape absurdity, have to admit a dilution of agnosticism,” and “it is not by accident that Christianity, a mob religion, paves heaven with gold and precious stones, i.e., with money.” He famously paid for the defense lawyer Clarence Darrow in the Scopes “monkey” case. But he also appreciated the evocativeness of religious language and took particular aim at those theologians who sought to make it accessible or logical: “religion is not a syllogism but a poem.”

Mencken had an exceptional sensitivity to the beauty in words and music, which may account for his aesthetic response in other areas. He attacked the appearance of certain parts of the country, for example, connecting their ugliness to a sort of moral failing: “the villages that huddle along the line of the Pennsylvania from the Pittsburgh yards to Greensburg . . . show grotesqueries of ugliness that, in retrospect, become almost diabolical. One cannot imagine mere human beings concocting such dreadful things, and one can scarcely imagine human beings bearing life in them.” He takes this to a dramatic conclusion: “On certain levels of the American race, indeed, there seems to be a positive libido for the ugly, as on other and less Christian levels there is a libido for the beautiful.”

Along with his cultural and political concerns, Mencken was a moral psychologist. Dismissive of Freud who he felt used the idea of the unconscious as an excuse for bad behavior, he leavens psychological insight with moral philosophy in a way that recalls some neoconservative thinkers — but also the great French essayist Michel de Montaigne. Montaigne was adept at probing human vanity and its delusions, and Mencken addresses this subject with exceptional cogency: “Honest autobiography,” he writes, “is . . . a contradiction in terms: the moment a man considers himself, even in petto, he tries to gild and fresco himself. Thus a man’s wife, however realistic her view of him, always flatters him in the end, for the worst she sees in him is appreciably better, by the time she sees it, than what is actually there. What she sees, even at times of the most appalling domestic revelation and confidence, is not the authentic man at all, but a compound made up in part of the authentic man and in part of his projection of a gaudy ideal.” Mencken’s point here seems directed exclusively at the male self, as though women exist only as the receptive Other (odd, given his championship of female writers). The partialness of the insight speaks to its author’s limitations, which the quote addresses as a general principle.

As with so many men who build a reputation on strong opinions, Mencken can make a reader uneasy. He opposed America’s entry into World War I (understandable) and World War II (not understandable). His German background seems to have colored his loyalties — and since he was given to excess in his opinions, his hatred of FDR and his lauding of the heroic German military man strike a particularly infelicitous note.

George Jean Nathan, the critic with whom Mencken co-edited the original Smart Set, was wealthy, well-educated, and discriminating, a model of the aristocratic type Mencken idealized in his writing. But Nathan was also part-Jewish and, when asked if his colleague was anti-Semitic, is quoted to have responded: “I guess it would be right to say that he never wholly liked Jews. He respected them, he was amused by them, he was even afraid of them, but he didn’t like them. Maybe he even disliked them. I suppose that’s anti-Semitism.”

It was a different era — Nathan himself avoided acknowledging his Jewish background. But this is an explanation, not an excuse.

That said, Mencken remains worth reading not only for the many opinions that are sound and timely but also for his eloquence, wit, and erudition. One could say of him, as he said of the 18th century: “of course, [it] had its defects, but they were vastly overshadowed by its merits.” He continues:

It got rid of religion. It lifted music to first place among the arts. It introduced urbanity into manners, and made even war relatively gracious and decent. It took eating and drinking out of the stable and put them into the parlor. It found the sciences childish curiosities, and bent them to the service of man, and elevated them above metaphysics for all time. Lastly and best, it invented the first really comfortable human habitations ever seen on earth, and filled them with charming fittings.

Mencken was an 18th-century man living in the 20th, with affinities to great men of all ages, and with definite relevance to our own. •

In the Mind of Mencken

Mencken was an unusually eclectic thinker, impossible to place in any one ideological camp. Click on the parties below to see some ways in which his views can be said to divide between Republican and Democratic platforms in 2016. 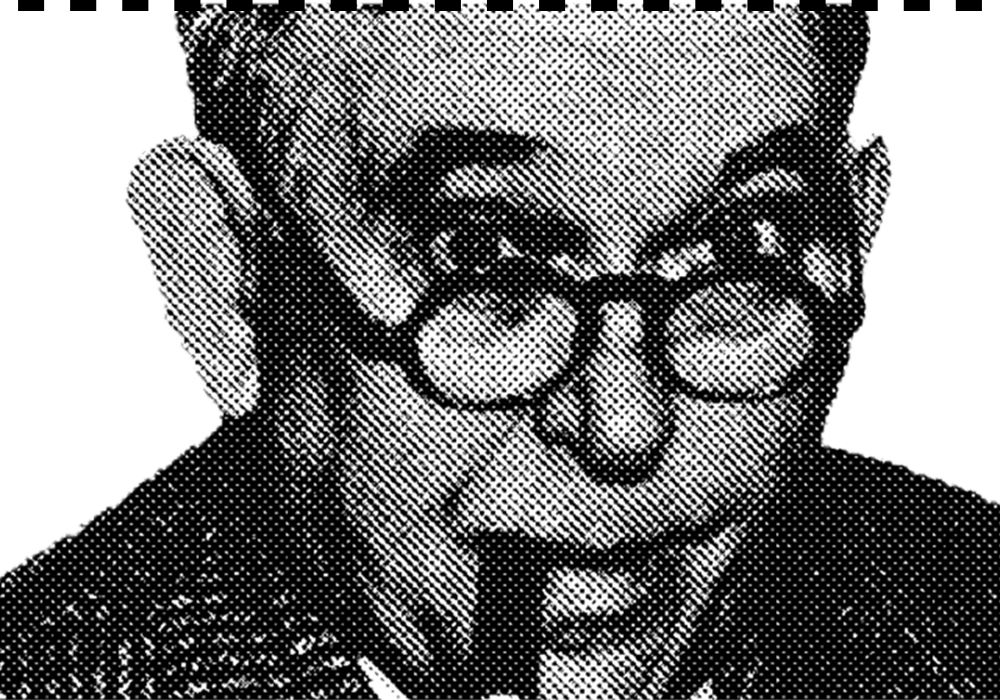