About halfway through his essay “Lear, Tolstoy and the Fool,” George Orwell offers a startling explanation for Leo Tolstoy’s notorious antipathy towards Shakespeare: Tolstoy is “trying to rob others of a pleasure he does not share.” Further, “Tolstoy does not know, perhaps, just what he misses in Shakespeare, but he is aware that he misses something, and he is determined that others shall be deprived of it as well.” As criticism of criticisms go, this one is nothing if not blunt. Is it possible that the basis of much of what we consider rational, disinterested critical discourse is really just a willful schadenfreude? That idea, in truth, is not too far from what masses of ordinary people have always believed: that cultural criticism and personal criticism are essentially the same and that to engage in either is merely to inflict pain under the pretense of honesty or concern.

Surely an idea as reductive as this needs no refutation. When in his essay “Charles Dickens” Orwell writes that Dickens’s whole message reduces to one “enormous platitude: If men would behave decently the world would be decent,” he isn’t trying to stick it to Dickens lovers, is he? He isn’t, in short, doing to Dickens exactly what he accused Tolstoy of doing to Shakespeare? Certainly not. Unless he is. 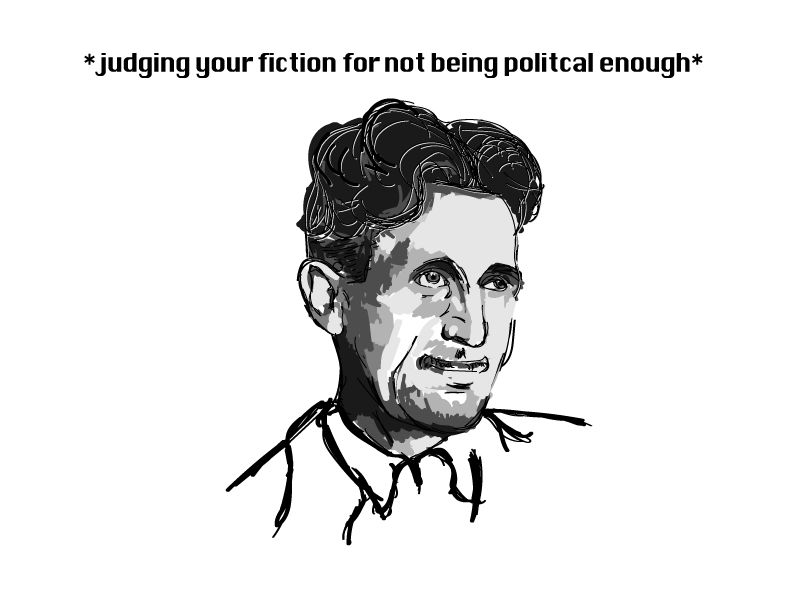 The conflation of cultural criticism with personal criticism was something I observed almost daily in my years at the reference desk in the Language and Literature Department of the Brooklyn Public Library. The Park Slope types generally knew what they wanted and expected me to furnish it forthwith, but the community college students from Bushwick struggling with their term papers on Alice Walker required bibliographic instruction of a more specialized kind. I learned to choose my words carefully. “Criticism” of Alice Walker, for patrons who visibly blanched at the term, could only mean ad hominem attacks on a writer who spoke to their experiences and aspirations. What they wanted, and what I helped them to find and select, was “interpretation and discussion” of Alice Walker and her works. It made all the difference.

And maybe those community college students were on to something. Maybe there’s a hidden killjoy locked inside even the noblest critic. It’s a good thing I’ve never been asked to write a critical essay on The Color Purple. I wouldn’t have many nice things to say about it. Would my critical strictures have the effect, or even the intention, of denying pleasure to others? Of course, my analysis of Alice Walker’s stylistic and intellectual shortcomings would be based on what I perceived as her inability to represent character without recourse to stereotype or sentimentality. But all critics think they’re doing the world a favor. If they didn’t believe this delusion, criticism wouldn’t get written.

The delusion isn’t that criticism is important; it is important, the more so as discourse increasingly takes the form of people screaming at each other on the internet. The delusion is that critics can ever transcend the subjectivity that makes good criticism so interesting in the first place. And if a certain negativity, even a certain schadenfreude, attaches to that subjectivity, well, would you rather have a pretended objectivity that observes all the proprieties and never risks giving offense? Orwell’s essay on Dickens isn’t fair to the author or to the author’s devoted readers, but it’s not boring. The literary scholar Edward Mendelson wrote, “criticism is always more memorable, more convincing, more valid, when the critic’s voice is — and sounds like — the personal voice of someone who has learned from unique personal experiences, rather than a dispassionate impersonal voice that sounds like the product of advanced professional training.” I always thought that the problem with Theory in its 1980s and 1990s heyday wasn’t so much its preposterous claims, a few of which weren’t so preposterous (the instability of written discourse, for example) but the dreary impersonality to which so many of its practitioners aspired. At any rate, Orwell, who never went to college, didn’t have to worry about “advanced professional training” impeding the personal quality of his voice. It’s what we love about Orwell: nothing could have impeded the personal quality of his voice. 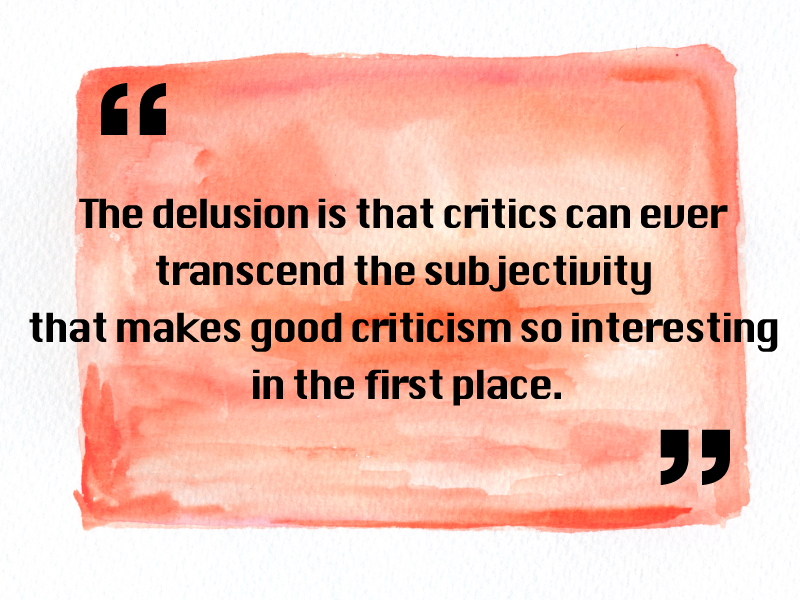 If Dickens’s work reduces to one “enormous platitude,” Orwell’s criticism of Dickens reduces to one enormous complaint: He’s not George Orwell. Neither, of course, reduces to anything of the kind, but both claims attempt to engage the writing on a human level unobtainable by a more dispassionate criticism. Which isn’t to say that sheer perverseness eclipses critical sobriety; Tolstoy’s essay on Shakespeare simply goes off the rails. Nor is it the case that good criticism necessarily discountenances hurt feelings as beneath consideration. Orwell admits as much when towards the end of his long essay he writes, “By this time anyone who is a lover of Dickens, and who has read as far as this, will probably be angry with me.” What Orwell passes off as a rhetorical strategy (offending readers to engage their attention) may also be something less seemly: Taking the piss out of readers who like Dickens more than he does.

Very annoying. But on the way to aggravating me and just possibly robbing me of some of the pleasure I used to take in David Copperfield, Orwell does succeed in dislodging me from whatever vestiges of complacency might have attached to my fondness for Dickens. Had I got into the habit of settling into Dickens’s novels the way one settles into an overstuffed armchair, without too much examination of our appalling and still extant social arrangements or of my own conscience? Had I fallen for the illusion of a world where, to quote Orwell again, “The servants are comic and feudal, the children prattle round your feet, [and] the old friends sit at your fireside, talking of past days?” I believe that Charles Dickens was a much wilder and more complex literary artist than George Orwell understood, and Orwell’s somewhat puritanical judgments in no way diminish my astonishment at the creation of such ferocious grotesques as Miss Havisham or Uriah Heep. But yes, there is a strain of cozy sentimentality in Dickens that Orwell was right to despise. And if he despised it in the author, would he not also despise it in the reader? Orwell had many perceptive things to say about the nature of Dickens’s genius, and he concluded his essay with an indelible image of the author’s face — “the face of a man about forty, with a small beard and a high colour. He is laughing, with a touch of anger in his laughter, but no triumph, no malignity.” I picture Orwell laughing too, with a touch of satisfaction that after finishing his essay no habitual consumer of Charles Dickens’s novels could ever again enjoy them in quite the same way. 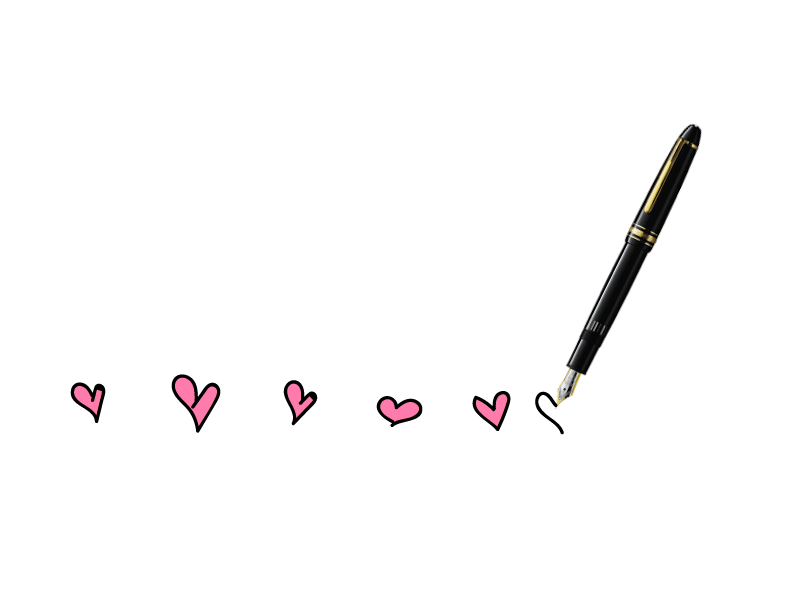 Speaking for myself, I’d say my conscience is pretty clear. I almost never write about people I don’t love, and on the rare occasions that I have, I’ve found something to admire in works that might otherwise repel me. Not that it made any difference. For fans of George R. R. Martin, to take one of those rare examples, my appreciation of Martin’s half-crazed inventiveness and erudition counted for nothing. I was just another cold, sneering academic (actually, I’m a librarian) who enviously savaged a great writer for picayune faults in his prose style. On the contrary, I was criticizing Martin for elephantine faults in his style and sensibility. While I hardly expected to endear myself to his fans, I understood perfectly well that a counter argument could be and indeed has been made for Martin as the liberator of fantasy fiction, as the fulfillment of what J. R. R. Tolkien only promised — Tolkien with the gloves off, so to speak. Naturally I mustered the best argument I could, but maybe, if I examine my conscience, there was more to it than that. Maybe I was just a little sick of the great “wit” Tyrion Lannister talking about his cock all the time or of the endless scenes of torture and bloodletting expounded with such sadistic glee. Like Tolstoy ragging on about Shakespeare, maybe I wanted to discomfit readers who, as I saw it, were taking a little too much pleasure in Martin’s cruelty and ugliness. Of course, nobody noticed anyway. The few who did, serenely go on reading A Game of Thrones and other George R. R. Martin novels, as they should. Was my modest little critique better or worse for its slight injection of schadenfreude? The answer to that question might best be settled in a bar. •