Sitting at yet another job interview for an NGO, the question arises again. After hearing it repeatedly over the past three months, I am prepared for it.

“But, what are you doing in India? What made you move here?”

The interviewer is curious, perhaps because she hasn’t come across many like me. We, the children of Non-Resident Indians (NRIs), who want to live and work in their parents’ respective countries, are a rare breed.

“Honestly, I am here because I see a real need for education reform in this country, but also because I really love India.” The former, a statement that would help me land me the job. The latter, intended to satisfy curiosity.

The interviewer moves on to the next question, but after hearing the second part of my answer, most people press onwards.

“You love India? Compared to America?” they ask, as if it is unfathomable.

I recently moved to Pune, a city in Western Maharashtra, and people immediately express their surprise and disbelief when I tell them, though it is a temporary move. In his book India Calling, Anand Giridharadas wrote about his flight to Mumbai, where he worked after graduating from college in the US. He, like me, is an NRI kid, and the man sitting next to him insisted that he was going the wrong way. His experience resonates with mine. An American moving to India was unheard of in the ’90s and early 2000s. It’s not so rare nowadays, especially in the growing world of information tech, of which India sits at the center. Yet Indians still perceive this move, from the country of material wealth to a country that still has villages and towns lacking basic necessities, as a bit strange. 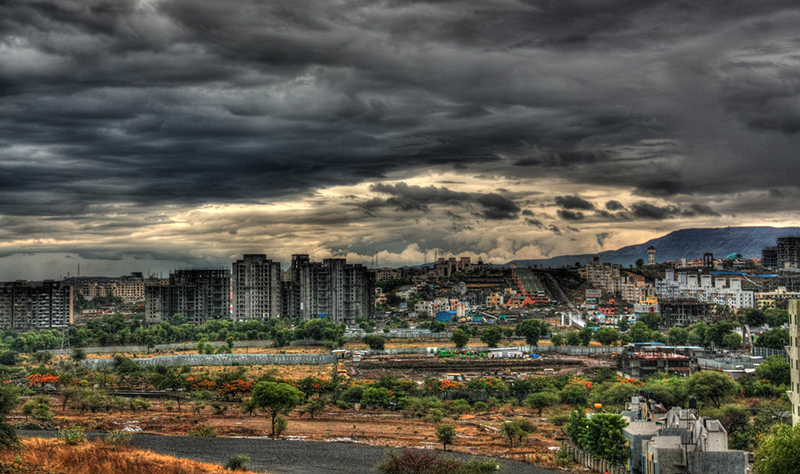 I didn’t run away from America (despite recent political events, as everyone seems to point out first when I tell them about my move). I love my hometown, love where I grew up, but there is more to my identity than “American”. My parents moved to the US a little over 25 years ago, after they graduated from college and got married, to earn in a stronger currency. I was born and raised there, and I am grateful for the variety of opportunities the US provided me that India couldn’t.

My decision to move to India to work was primarily motivated by my need for a stronger understanding of my heritage. There’s no other way to truly understand my Indian software except living where my parents lived. I look like an Indian, can dress like one, can sometimes speak like one too (though that is under construction), but I wouldn’t live up to the title “Indian”. It is difficult to define immigrant kid identity, so I try not to do it at all. I am simply part Indian, part American. Which parts? That’s too technical for me, a subject that will cause me unnecessary angst, and possibly one that won’t be resolved. Growing up, I didn’t concern myself with self-definition, but I was curious about India. To show me where they came from, my parents sent me to live with my grandparents for many summers in Pune, to a beautiful apartment in a quiet neighborhood, a place with too many memories to ever be sold. I was stuck in that apartment most of the time, and my first experience thoroughly exploring the city was just two years ago, when I was in Pune for a six-month internship. I didn’t learn nearly enough about my heritage during that short period of time. 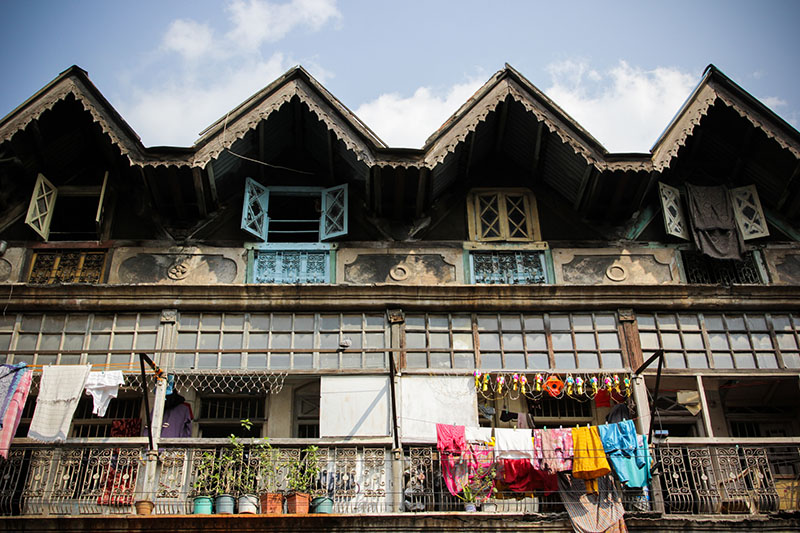 So now, I have moved into this apartment and I live with my grandmother, and we represent the clichéd dynamics of a forever-worried Indian aaji and a persistent, strong-headed, mostly American granddaughter. I am working for an NGO and eating too much street food and not at all offsetting those calories. Life is good, I must say. But people insist that only an idiot would move from the land of the dollar to the 68-times-weaker rupee. Their insistence annoys me; what I’ve learned about Indians most of all is that they like to comment on other people’s lives and that it takes time to learn how to tune them out.

To the critics, I say that my heart is happy here, I am making ends meet, and I’m giving my grandmother some company. My heritage is worth far more than its currency is, and isn’t that a strong enough reason for me to spend some time in the motherland? I want to imbibe in my heritage fully, and I don’t want to ignore this country solely because of financial disparities when India is compared to the US. 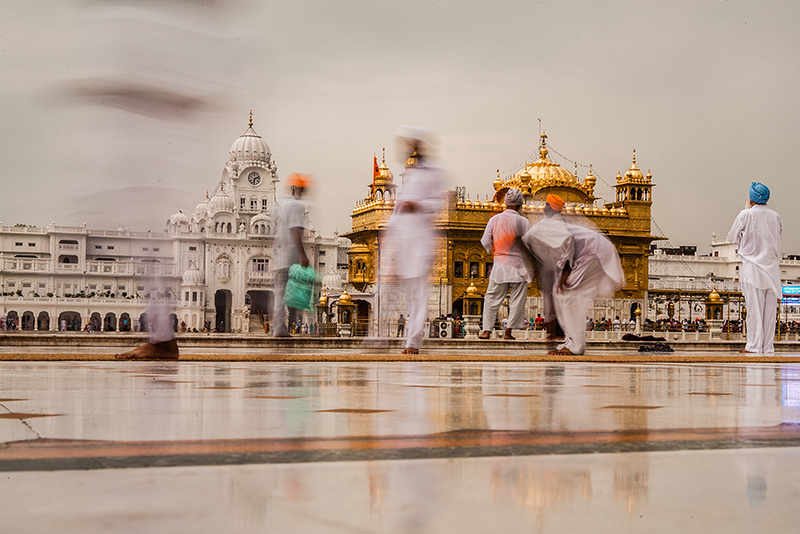 It has been a little over three months since I moved to Pune, and I place great value on the small things that I am learning daily. I am deciding what I agree with about my heritage and what traditions and beliefs are at odds with my American upbringing, that I don’t know if I’ll carry onwards. I am learning the Hindu mythology, learning what rituals my parents didn’t take with them across the ocean. I am already noticing the nuances in the interaction of the people, which are carried abroad subtly. I’ll master all different types of chaha and make dishes with fresh, local ingredients rather than packaged ones that sit on the shelves of Indian grocery stores abroad. I’ll eventually be able to navigate these unruly streets on a moped. And most importantly, I’ll refine my Marathi and Hindi language skills, the words of which currently leave my tongue haltingly, timidly.

I am the subject of so much confusion because most people in India are trying to get out, or they expect their kids to move abroad and send money home. After graduating from college, the youth take their TOEFLs and their GREs to leave for Europe, the US, or Australia. Some come back after they’ve graduated, and their foreign degrees earn them much more than one from their hometown. In some instances, they come back to live lavishly (read: own big bungalows and surround themselves with imported things) after they’ve earned quite a bit of money. Or many of them just stay in their little Indian communities abroad and permeate an American-Indian cultural mélange through future generations. Yet I have chosen a career in development and it will send me to work for NGOs in developing countries. I’ll always be moving in the “wrong” direction. As someone interested in working in education reform, coming to India is a hub for people looking for field experience, so my move here was also influenced by this. I spent a year in Haiti, thought about where I wanted to go next and realized that India and all the memories stored in this apartment, all the vibrancy of daily life here, were calling. If I was in a different career field, would I have moved here? I’d like to think so. My career influenced my move, but it’s not the entirety of my motivations.

What perplexes me is that on one hand the Indians comment that the NRI children have no culture and don’t have “good Indian values”, and on the other, they insinuate that those who move to India after graduation are spoiled brats who don’t have to worry about money and are frolicking around in saris, eating street food, and taking selfies in rickshaws to show how “cultured” we are.

Perhaps you wonder: Why does she care what people think? I hate that the cultural value of America has somehow become higher than that of India. NRIs that return to the motherland are regarded with reverence and envy. But how can cultures be compared like this and deemed unequal? Abroad, in these small Indian communities, immigrant kids are not wholeheartedly encouraged to understand their heritage by living in it, because India simply cannot offer them the same monetary value that America can. That, to me, is so heartbreaking. They hear about it from their parents (or sometimes, not at all) or take a rare trip to the motherland to show face to their relatives. 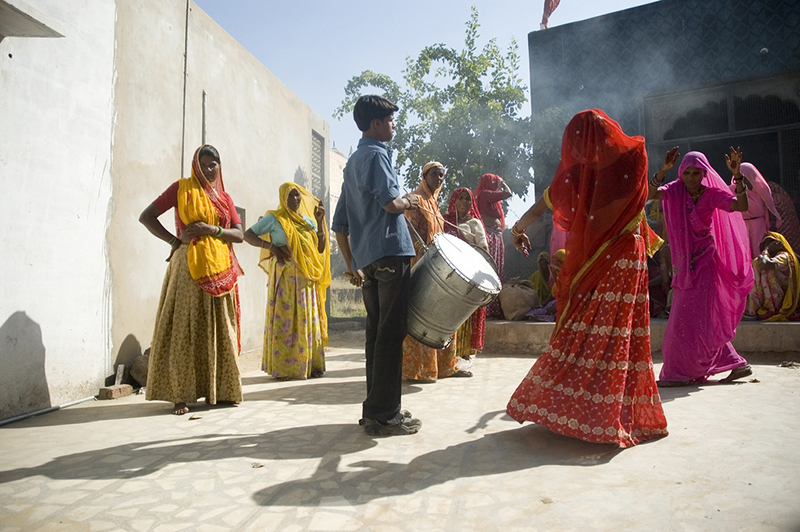 My parents were certainly concerned about this move at first, for financial reasons, but they have now accepted it; after many long talks, they’ve realized that this is what makes me happy right now. Occasionally, though, they ask “But when are you going back? When are you settling in America?” I should really start securing my future financially, they say. Yet I believe that I should also start securing a strong understanding of self, while, of course, making enough money to make ends meet.

Though NRI parents do not enthusiastically encourage their children to live in India, most NRI children don’t see the need to go back to their motherlands because they’ve been raised in an environment where their culture has built its own haven abroad. This seems to be the case for the kids of immigrants from other South Asian countries as well. A friend whose family is from Bangladesh doesn’t visit because she says that there is no reason to. She is content in America because her entire family lives in a small Bangla community in Long Island, so she has a strong mix of both cultures in her neighborhood. 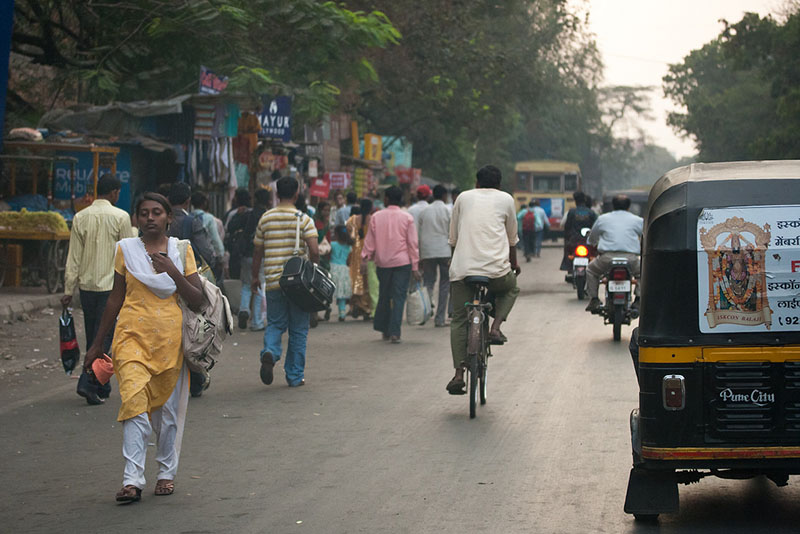 I didn’t have this growing up. I wish that I did. I was born in little India, Edison, New Jersey, but my parents promptly moved to a predominantly white Philadelphian suburb. They sent me straight to the source for the summers, and then put me back in a school with mostly white kids two months later. One extreme to another. There was quite a mental disconnect. I wouldn’t say that I loved India at first, because I couldn’t express myself properly in Marathi, nor could I connect with many kids my age. But now, many flights later, I feel comfortable in Pune. This city has, over the years, turned into a perfect blend of the “West” and India, so whenever I’m missing “American” things, I go to a café in the Koregaon Park neighborhood and have a proper cappuccino (complete with latte art of a freaking swan). Bits of the US are not difficult to find here, and it is fascinating to see how this culture is changing and imbibing others as well, as has become the reality of the world.

So, I have settled into my grandmother’s apartment. I am, as I always do, collecting coffee mugs, and they are taking up space on the kitchen counter. The closet in my room is acquiring new kurtas and dhoti pants. For how long will I be here? Should the relatives start finding boys from Pune for me to marry? I’ve received that as a joke, but I wouldn’t be surprised if that turned serious if I stayed here for a few more years. I plan to move away as soon as that begins, but I certainly hope that’s not anytime soon. •