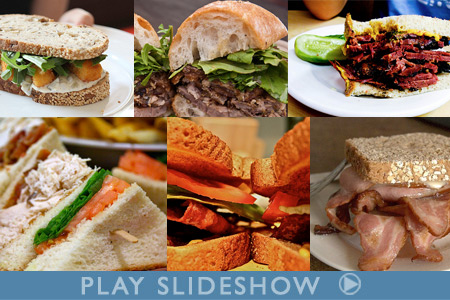 Portable, quick, satisfying, cheap and requiring neither plate nor cutlery, the sandwich is the most universal of all fast food, the archetypal hand-held snack. With the exception of people who don’t eat bread, for whatever reason, all of us eat sandwiches – and in an unusually wide range of contexts. They are eaten by school children and High Court judges, by soldiers and pacifists, by busy call-centre workers and leisurely picnickers. They are eaten in hospital wards, in prisons, in the lounges of four-star hotels and at the kitchen table. The sandwich is simply the quickest way of making a meal. We may speak and dream of other foods; we may pontificate on banquets and gastronomy; but a lot of the time, if we are honest, what we are really eating is sandwiches.

“Sandwiches in the twenty-first century,” writes the food historian Andrew F. Smith, “are consumed in some form in almost every country in the world.”