A common complaint about the Internet, whether it’s being leveled by a journalist who just lost his newspaper job or someone who found herself the target of online rage, is that it’s such a shallow, spiteful place. While it’s a ludicrous statement — the Internet is merely a medium, not anything homogeneous — the complaint is valid in large, and vocal, parts of the online world. It’s odd that in this age of loosened borders and individualism, online you can be drowned out with boos and hisses just by stating an off-center position. Sure, the idyllic promise of the Internet is that it can bring you news from around the world and expose you to people and things you never would have seen otherwise, but in reality many of us use it simply as an echo chamber.

With all the filters, communities, forums, and moderated comment sections, you never need hear an opposing viewpoint ever again. Web site forums that used to be interesting and lively can quickly turn knee-jerk and unified, with those possessing quirky senses of humor or an interesting take on things shamed into never commenting again. (There’s an entire blog devoted to former readers of Jezebel.com who were shouted off the comments for not maintaining their very particular brand of womanhood.) Complaint, criticism, and argument are less and less welcome, until a minor correction is met with unleashed fury.

It creates a warped worldview, as you can see in reading some pro-anorexia Web sites. (Or better yet, don’t. You probably don’t have the stomach for them.) But if you shut yourself off from every contrary word, it’s easy to start making declarative sentences regarding what is “good.” Not just for yourself, but for everyone else. Of course this has always existed — politicians and clergy and philosophers have always made sweeping statements about the best way to live — but it really flourishes online. Vegan communities declare that meat eaters are murderers. The child-free belittle the “breeders.” State an opinion and someone with a blog, a Twitter account, or a forum membership will accuse you of attacking their lifestyle or their marriage or Truth Itself, until a chorus of voices converge and start calling for your head to be bashed in with a rock. Not that I know from experience or anything.

This online world should be a mosaic but it is often giant blocks of black and white, right/wrong, good/bad, with no thought about what any of these ideas actually means. As we spend more and more time in isolation — headphones on during our commute, stuck in cubicles at work, watching television alone at night — the online world is becoming our main form of communication. That does not bode well for the future of human interrelations. Philosopher Richard Kraut explores these black and white regions in his new book What Is Good and Why: The Ethics of Well-Being, pushing the words “good” and “bad” so far into the abstract it’s amazing they make any sense after you’re finished reading. But what he does is try to pin down a definition of goodness, working through a history of philosophy in order to determine whether such defining is even possible. Whether you think this is fascinating or totally useless probably depends on your ability to weather passages like the following:

A good cook must know about how to go right and avoid going wrong in the preparation of food. But a good person — that is, a person who is “morally worthy,” as Rawls puts it — must know something about which actions are morally right and which are morally wrong. By making this distinction between two different meanings of “right,” or two different kinds of rightness, we can make it clear that there is no contradiction in saying that when someone burned the bread he did something wrong, even though he did nothing that was wrong.

The entire book is like that, but it can be mined for interesting ideas. Which is good: to attempt to connect with others, with all the potential for pain that brings, or to rid yourself of the desire for human understanding? You’re less likely to be hurt with the latter, and if you do not care for the opinions of others it’s certainly easier to focus on your own work. The downside is that you have the potential to become a sociopath on talk radio or on a blog, not giving a second thought to who you hurt.

As painful as the book is to read, it gives us a useful working definition of “good”: that which causes a subject to flourish. That is not always the obvious. Sacrifice, discipline, and periods of pain are not pleasant, and yet they can lead to flourishing. After all, you wouldn’t say that the heirs and heiresses who clutter the sidewalks outside clubs, leaving their underwear lord knows where, lead lives free of all struggle, but they could never be described as “flourishing.” Neither are the people who seal themselves off from contradiction. When you have a forum full of girls sharing their two-digit caloric intake and pictures of their self-harm, all supporting each other in their destruction, it’s hard to know what normal is. Kraut’s definition of good requires a person to use their entire capacity for feeling and doing, and not just their capacity for pleasure, or consensus. 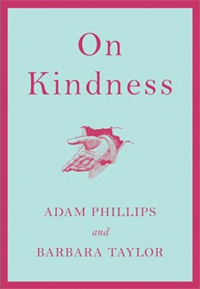 Then why are we so bad at figuring out what is good for us? Part of the reason is that we look outside ourselves for confirmation, when in fact, “what is good for S depends a great deal upon facts about S,” as Kraut puts it. It’s easier to follow someone else’s rules than to be the shunned one, banned from the virtual people you considered friends. Adam Phillips and Barbara Taylor argue that another problem is how we confuse what might give us a cheap hit of pleasure — sex, a bout of righteous anger — with what really does bring us long-term enjoyment and other benefits: kindness. Long relegated to those virtues that seem about as appealing as eating cardboard for the fiber, they argue that being kind creates social bonds, benefits the surrounding world, and, yes, is enjoyable in and of itself. Even believing that humans are hardwired for kindness — and not that competition rules all — could affect everything from simple interactions to national policy on eldercare and the health system.

They write in On Kindness that while it’s always been a philosophical quandary as to whether man’s nature was genuinely kind or selfish, the cynics won out and convinced us that kindness is the clothing civilization forces us to wear, and that deep down we are all wild beasts. Instead of being the cooperative generous beings that primatologists and anthropologists have suggested we are, the argument goes, we need religion and laws to keep us from slicing each other open on a regular basis. Kindness, then, was relegated to your Christian duty, to be done as an item on a checklist. This is Hobbes’s idea, of course, put forth in Leviathan and his famous line about natural life being “solitary, poor, nasty, brutish, and short.” But it has been very influential in religion and science, too, as anyone swayed by Richard Dawkins’s The Selfish Gene knows.

Phillips and Taylor argue instead that we are all born with a capacity for kindness, and for the urge to exercise it. Of course the downside of kindness is the vulnerability it creates, both to the person being kind, and the target of the kindness. It can be unpleasant, and there is a prevailing notion that vulnerability and kindness are signs of weakness — for a long time kindness was seen as the territory of weak-minded women, while competition, brutality, and selfishness were the powers of the superior man. Today independence and self-sufficiency are the true virtues, and the interdependence that comes with a kind nature is looked down upon.

And yet when have humans ever craved kindness quite so much? Phillips and Taylor write, “The modern Western adult’s fear about himself is that, to put it crudely as possible, his hatred is stronger than his love; that there is, in the British psychoanalyst Ernest Jones’s words, ‘much less love in the world than there appears to be.’” The bully who will relentlessly attack the target of his rage from the safety of a blog is often the same person railing against the lack of human decency today. Without opening up to kindness, and practicing it themselves, they will never know the particular strength that comes with interconnectivity and their own capacity for goodness.

Really what the kindness and goodness of these books comes down to is understanding. To adopt their viewpoint takes respect for people’s vulnerabilities and empathy. And kindness causes us to flourish, using Kraut’s definition of the term meaning an integration of our full potential for happiness and growth. Phillips and Taylor write, “[K]indness, fundamentally, makes life worth living; and… everything that is against kindness is an assault on our hope.” These are old-fashioned ideals, but our new technological age is crying out for them. • 8 July 2009