No sports event in this country engages as many people over an extended period of time as the NCAA basketball tournament, better known as March Madness. This year, 68 teams of enthusiastic college kids have a shot at the championship. Fewer than half of the teams have a realistic shot, which creates the possibility of a tremendous upset. Perhaps, finally, a 15th-seeded team will make it to the Final Four. Maybe, for the first time, a 16th-seeded team, which always draws a number one seed for its first opponent, will advance to round two.

But for all the excitement, there is one thing that grates during March Madness, and that is the insipidity of most college nicknames. Most of them look like they were chosen by a committee of timid academic administrators. “We need something vapid,” I can imagine them thinking but of course not saying, “and to be extra safe let’s choose something already popular.” Thus there are 30-some schools called the Pioneers, 39 Bulldogs, some 60 Eagles, plus Eagles that are Golden, that are Mean Green, that Maraud, that Run, that Soar, and that Scream. At least the eagle is a native bird. Whatever possessed the University of Missouri at Kansas City to call its team the Kangaroos, when they’d have to travel a minimum of 8,840 miles to see their namesake in its native environment? Why is University of California at Irvine called the Anteaters? Why are 45 teams called the Tigers, and another 34 the Lions? 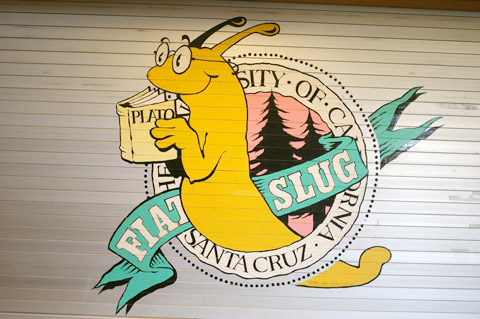 Only a few nicknames bear some relevance to their school or show a sense of humor. Kudos to the University of California at Santa Cruz for calling themselves the Banana Slugs. It’s not only a self-deprecating name for a basketball team — imagine them executing a fast break — it represents a creature rife in the school’s environs. Purdue’s Boilermakers is no-nonsense clunky, but of uninteresting provenance. The North Carolina nickname, Tar Heels, is state-specific, but there’s no consensus on the term’s origin. Only an Indiana school could call itself the Hoosiers, but the term’s only meaning is that its bearer is from Indiana. Cornhuskers, for Nebraska, has an appealing rustic ring to it, but any Midwestern school could have chosen it.

My favorites are unique to the school, or at least the state in which the college is located, and which represent something significant about it. The Jayhawks of Kansas is one of the few that meet these criteria. Only a Kansas school could claim it. Jayhawkers were mid-nineteenth-century ruffians, but good ruffians, or at least they fought on the good side, harassing pro-slavery immigrants who wanted to establish Kansas as a slave state. The bird seen pacing along the Kansas sidelines is a mythical afterthought, although there may be folks around the country who think there exists out on the prairies a blue and red bird with a giant yellow beak, a smirk, and a pair of boots. 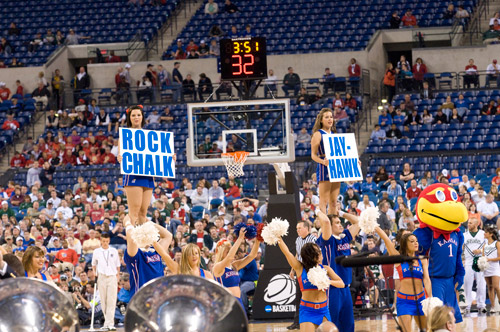 The Oklahoma Sooners, after those who snuck into Oklahoma Territory and staked land claims before it was officially opened for settlement, is another appealing nickname. For originality, the St. Louis College of Pharmacy probably should be congratulated for calling its teams the Eutectics, which, according to its web site, refers to “the process of two solids being combined to form a liquid.” I’d love to hear some of their cheers. One of the best college nicknames proposed in the modern era did not survive the timidity of academic leadership. Some years ago, Stanford University, embarrassed by its nickname Indians, held a contest among the student body to suggest and vote on a new nickname. The winner of the contest: the Robber Barons, in honor of the nineteenth-century railroad magnate who founded the university. Appalled, the Stanford administration ignored the vote and decided to call Stanford University the Cardinals (eventually changed to the Cardinal) after one the school colors. The decision epitomized administrative timidity and unimaginativeness in academia.

Would that provoke colleges to taking a fresh look at their nicknames? Or would it require another year, when, say, the University of Missouri, Louisiana State University, University of Memphis, and Auburn University, each of them with a decent basketball tradition, each called the Tigers . . . all advance to the Final Four? • 13 February 2014