One day in the summer of 1896, Maxim Gorky’s mind was blown. Gorky was attending a Russian fair and had gone to visit an exhibit by a couple of Frenchmen known as the Lumiére Brothers. Sitting in a darkened room, Gorky saw what seemed to him a photograph of the streets of Paris projected onto a large screen. It was a nice photograph, but Gorky was not particularly impressed. He’d seen plenty of photographs before. Then the damn thing began to flicker and come to life. This was something new.

Gorky watched what was happening on the screen in deepening amazement. He wrote about the experience a couple of days later:

Carriages coming from somewhere in the perspective of the picture are moving straight at you, into the darkness in which you sit; somewhere from afar people appear and loom larger as they come closer to you; in the foreground children are playing with a dog, bicyclists tear along, and pedestrians cross the street picking their way among the carriages.

Gorky was watching reality unfolding in front of his very eyes, in real time. Yet, this reality was also not reality. These were images, moving images projected onto a screen. As Gorky watched, he was struck more and more by the dichotomy between the striking realism of the scenes and his distance from that reality. This effect was heightened by the fact that the Lumiére Brothers shot their films in black and white and without sound (sound and color being technological developments that would only come decades later).

“Noiselessly,” Gorky wrote, “the ashen-grey foliage of the trees sways in the wind, and the grey silhouettes of the people, as though condemned to eternal silence and cruelly punished by being deprived of all the colors of life, glide noiselessly along the grey ground.” For Gorky, there was something inherently unnerving and melancholy in the act of watching other people’s lives pass by on a screen.

With remarkable prescience, Gorky imagined the direction in which cinema would develop. The Lumiére Brothers weren’t just showing scenes of Paris street life that day at the Russian fair. They also showed a short film known as “The Family Breakfast.” In the film, a young couple attempt to feed their baby at the breakfast table. Watching this film, Gorky realized the narrative and dramatic potential of the new medium. He had a sense for the possibilities in entertainment to come. Gorky speculated that soon-in-the-offing would be “a picture titled: ‘As She Undresses’, or ‘Madam at Her Bath’, or ‘A Woman in Stockings’. They could also depict a sordid squabble between a husband and wife and serve it to the public under the heading of ‘The Blessings of Family Life’.”

Amazingly, in that one sentence, Gorky more or less predicted the entire history of cinema over the next hundred years. We could call it: From “As She Undresses” to “The Blessings of Family Life” and back again. In essence, Gorky was right about what was missing from those early pictures by the Lumiére Brothers and by everyone else experimenting in early film. Early films that simply show banal aspects of everyday existence unfolding in real time are disquieting because they are so mundane. As Gorky put it, they begin to “disturb and depress you.” The sole solace in performing the boring shit we do all day long, most every day is that, at the very least, we are doing it. We are the actors of our own lives. Watching someone else endure the monotony of existence from a distance is well nigh intolerable.

Cinema, therefore — speculated Gorky — would quickly move away from showing us the immediacy of daily life and move to showing us the special moments, the fantastic and heartwarming stories we most want to see. And so it has — mostly. But not without a counter-trend that has pushed back, if only at the margins, toward the immediacy, the stark temporal unfolding of those first experiments with film.
Enter Boyhood, by Richard Linklater.

Here is a film that charts the development of a boy over twelve years time. It does so by filming that very same boy (and all the other actors) over twelve actual years. A film needs no better hook than this. As Manhola Dargis said in her review for the New York Times, “Mr. Linklater’s inspired idea of showing the very thing that most movies either ignore or awkwardly elide — the passage of time — is its impressive, headline-making conceit.”

Even the rare critic who has criticized Boyhood has done so out of an inability or unwillingness to engage its central idea, which is that the flow of time itself can be the subject of a film. Kenneth Turan of the Los Angeles Times, for instance, explained why Boyhood left him flat:

For one thing, I find that as I get older and younger filmmakers focus more and more on their own young years, I have become increasingly resistant to coming-of-age stories, which at its core is what “Boyhood” is. Living through my own childhood was unnerving enough; I don’t take pleasure in living through someone else’s unless there is as good a reason as two personal favorites, Ken Loach’s “Kes” and Jean-Claude Lauzon’s “Léolo,” provided.

The objection would be valid, if Boyhood were a “coming-of-age” film. But Boyhood is not a coming-of-age film. It is a film about the fact that a child will come of age. Take a child aged six years and add twelve years. That child will be eighteen at the end of the process. There is no getting around it. And that is the philosophical and moral core of Linklater’s movie. It isn’t a film about what it means for a young boy to grow up. It is a film about the fact that if you take a young boy and then add the requisite amount of time, growing up will happen. 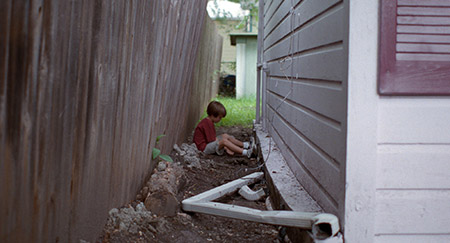 Linklater has commented, on several different occasions, that making Boyhood was like assembling all the scraps of film that would have ended up on the cutting room floor in another movie. This is partially true, though slightly disingenuous. Linklater could have made Boyhood without any narrative structure at all. He could have captured completely and utterly mundane moments in Mason’s (Ellar Coltrane) life. A film like that would truly have been the true heir to the Lumiére Brothers first experiments. In that film, we would watch something like a three-hour, contemporary version of people going about their business on a random street in Paris. We’d see Mason eating cereal, taking a shower, cutting his fingernails, sleeping, and so forth. Andy Warhol did something like this in his films. In the famous “screen tests” for instance, Warhol simply sat a person down in front of a camera and then turned the camera on. Warhol said, “What I liked was chunks of time all together, every real moment. … I only wanted to find great people and let them be themselves. … and I’d film them for a certain length of time and that would be the movie.”

Richard Linklater didn’t make that film. He made a film in which we do see compelling moments in the life of a young boy and his immediate family. There are moments of high drama, like when the family flees Olivia’s (Patricia Arquette) husband Bill (Marco Perella), who has become an increasingly violent alcoholic. And there is the rather-pointed lecture a photography teacher delivers to the teenage Mason in the latter part of the movie. These are the memorable moments that would stick out in the life of anyone who experienced them. 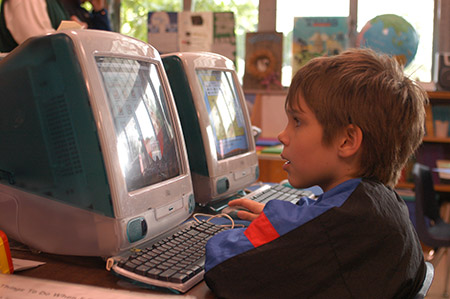 But Linklater’s instinct is always to let those moments pass. In Boyhood, the story doesn’t build up so much as pile up. Important moments happen, and then they are gone, just like in real life. There is little sense that any of the characters control the stories of their own lives as they pass. In a recent interview for The Dissolve, Linklater said, “I never did a film that wanted to be itself so much.” Later, the interviewer asked Linklater, “Did you have faith that the power of time as a concept would carry enough emotionally that you didn’t have to press?” He answered:

That’s it. I bet the whole farm on what I thought would work with every ounce of my cinematic being, the way we perceive time and cinema and the way we identify with people put before us in a certain way. I thought, “Oh, there will be this cumulative effect.” It’s an investment. Just the way the crew and the cast had invested, two years in, three years in, it just deepened and felt richer.

So, Boyhood is like a return to the immediacy and artlessness of the Lumiére Brothers’ early films. Linklater’s film puts faith in “the power of time as a concept” and in doing so, brings film to the very essence of its medium, which is to be a moving picture, a picture that contains time passing. Linklater was fully aware that he was doing this. Here’s one last quote from the interview on The Dissolve:

You see how life just accumulates. Our fundamental view of the world is measured by who we are today and who we’ve been, and that’s not going anywhere. It’s only expanding throughout our lives, it’s always profound and inescapable how we perceive the world through that viewpoint. So I think this movie conjures something in that area that’s really fundamental to how we process the world and time.

But Boyhood is not purely a return to the inner essence and early history of film. No return is, after all, ever pure. It is impossible to throw away the more-than-a-hundred-years of accumulated cinematic history that has intervened between the Lumiére Brothers and Boyhood. Boyhood is more like a film that returns to the origins of cinema having absorbed all the lessons of film history along the way. 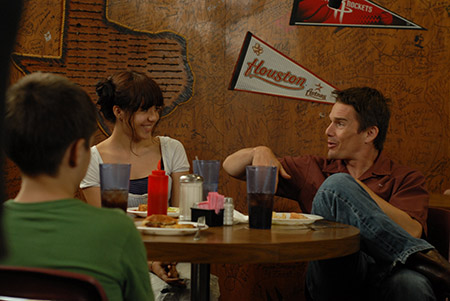 That Boyhood abandons the normal narrative techniques of filmmaking and still gives us characters who are rich, alive, compelling, and human is the film’s verging-on-magical trick. You can’t get Boyhood’s level of depth just by placing a movie camera in front of the world and turning it on. Looking at early films confirms this. The uncanny effect of watching Lumiére Brother films of nameless people walking the streets of Paris is, as Gorky noticed, to be utterly detached from the experience of others. A version of the same thing happens in Warhol’s screen tests. We watch as an uncomfortable human being attempts to get comfortable while being scrutinized by the alienating lens of the camera. Linklater is never so detached as Warhol or the Lumiére Brothers, never so dispassionate in the way he uses his camera. He manages to transform his camera lens into a gentler, subtler tool.

As time accumulates, as the events of a life pile up year after year, the characters of Boyhood emerge into a richer subjectivity. They become who they are, more fully, more deeply. The tantalizing, if disconcerting lesson of the film is that we don’t need an overarching story, a meta-narrative for this to happen. All you need is time and people. Give a group of human beings enough time, and a story will be given to them. • 2 February 2015