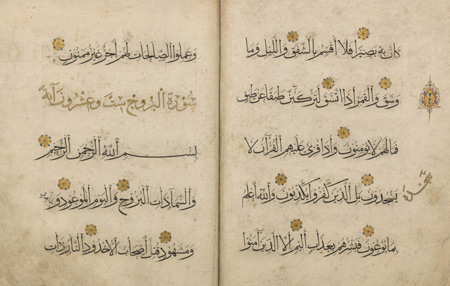 In the beginning was the Word, and the Word was with God, and the Word was God. That’s what John says in his Gospel. But the story of the Word is more complicated for human beings. Creatures roughly like us in all the essential ways have existed for a couple of hundred thousand years. But it was only around 30,000 years ago, more or less, that people started talking to one another in any way that we would recognize as language. A threshold was crossed, an innovation took root. No one knows exactly how or why it happened. It just happened, and at around that time something we can call language began truly to take root and spread amongst the species we call Homo sapiens. The “sapiens” (Latin for “wisdom”) refers to the way that our species has consciousness, awareness, the ability to reason, and so forth.

It is impossible for us language-having creatures to separate our capacity for consciousness from our capacity for language. To think is, for us, to use words. And so, in the beginning, is the Word.

When you look at it that way, every book is holy since every word carries some reminder of what we are at our essence. We are language-having creatures whose experience of the world is characterized by our constant ability to talk about what we are experiencing. The ability to say something about what we are seeing, doing, feeling, wanting is fundamental. It is almost as if we wouldn’t exist if we couldn’t speak.

The poetry of John’s words allows for a wide variety of interpretation. But it is clear, at least, that he is trying to get at the very heart of the matter, the essence of what is and what isn’t. He finds himself before two things, two concepts — “Word” and “God.” They are so tied together that they may as well be one.

To write things down, then, is a spiritual act. Just the very act of writing down a word tells us about who we really are and what it means to be the creatures we are. It is thus a spiritual act of the highest magnitude. The holy books, the great texts of the great religions, are so aware of this fact, are so clearly created in the awareness of the importance of words, of the stories that they are telling, that is impossible to stand before them unmoved.

An impressive quantity of these books — the great holy books of the three Abrahamic faiths: Judaism, Christianity, and Islam — are currently on display at the New York Public Library. A Quran from the 14th century made somewhere (Turkey, they think) caught my eye in particular. I think the power of the text has something to do with the prohibitions against depicting living creatures that tends to be more strictly followed in Islam than in the other Abrahamic faiths. This means that the words themselves have to carry the full burden of meaning. And so, the flowing lines of Arabic burn on the pages with a special intensity. The scribe of this Quran has included occasional golden designs that appear above some words. I’m not sure if these decorations have any specific function in the text. I read them as moments of awareness, as if the scribe is struck ecstatic, every few words or so, by the importance of what he is doing. He is engaged at the deepest level with who he is: a human being struggling to know himself in the Word. • 25 January 2011