The railway combined rapid movement and the possibility of transportation across large distances. As difficult it is to imagine today, in the age of jet travel, the transition from stagecoach to train was a rocky one. In 1843, after the railway lines from Paris to Rouen and Orléans had been inaugurated, German-Jewish writer Heinrich Heine wrote:

What changes must now occur in our way of viewing things and in our imagination! Even the elementary concepts of time and space have begun to vacillate. Space is killed by the railways, and we are left with time alone. … I feel as if the mountains and forests of all countries were advancing on Paris. Even now, I can smell the German linden trees; the North Sea’s breakers are rolling against my doors.

In the words of cultural historian Wolfgang Schivelbusch, the railway created “a revolutionary rupture with (all) past forms of experience.” His book The Railway Journey remains the eminent source. The railway freed travel from the constraints of human and animal muscle power (and stench) and — to the extent that the network expanded — from geography itself. It also introduced a number of new sensory and psychological experiences. In this context, the mechanical vibration from the engine was seen as particularly threatening, often inspiring fears that the train would derail. Drivers complained about “the trepidation of the machines, the regular but perpetual movements that it transmits to the entire body and to the lower extremities in particular,” as a French article about influences on the health of train conductors recapitulated in 1857. Some early drivers came up with arrangements to cushion the shocks and jerking vibrations, but over time they got used to them. First- and second-class passengers profited from upholstery, but for some time they still suffered from fatigue as a result of the unfamiliar movements. Train passengers also experienced a sensation of disorientation, but gradually got accustomed to the new mode of travel.

The railroad was a democratizing technology, especially in America where the class divisions were modeled on those used in steamships. The experience of train travel also created completely new challenges for travelers. As Georg Simmel wrote, “Before the development of buses, trains and streetcars in the nineteenth century, people were quite unable to look at each other for minutes or hours at a time, or to be forced to do so, without talking to each other.” The social tension was even more pronounced when people traveled together at night. Trains were not places to go to make friends. They were communities thrown together by fate — where maintaining anonymity was difficult.

The history of traveling on the railway at night remains to be written. It would, first of all, have to include an overview of the design and logic of passenger distribution on typical night trains. A Belgian engineer by the name of Georges Nagelmackers is credited with bringing the idea of Pullman sleepers over to Europe, helping sleeping car service to achieve a breakthrough in several European countries. Some sleeping cars had ten compartments, all panelled with wood and containing either a single bed or two beds, one above the other. Passengers who could afford it paid for a two-bed compartment; others would share the space with another passenger (in earlier days, of the same sex). During the day the compartments were converted into a sitting room with a sofa and table. The reclining beds offered on European trains were much less comfortable, as one compartment could house up to six people.

What would the history of night travel on trains be without North by Northwest, Some Like It Hot, or Murder on the Orient Express? Agatha Christie’s novel takes place during a three-day trip from Istanbul to Calais. Although she certainly did her homework and studied the sleeping cars and their routes, Christie took liberties by adding an extra lounge car to the legendary train to let Hercule Poirot scrutinize the 12 suspects in the sleeper — “people of all classes, of all nationalities, of all ages.” Thomas Mann’s character Marquis de Venosta in Confessions of Felix Krull, Confidence Man managed to avoid the embarrassment of having to share his compartment with a complete stranger. Still, he was not able to sleep soundly:

What had possessed me to drink so much coffee before my first night on a train — a train, moreover, that raced, rocked, jolted, stopped, and then jarred into motion again? To have done so was deliberately to rob myself of sleep in a way that my new, unsteady bed could never have done alone. I shall not maintain, although I am as sure of it today as I was then, that six or eight demitasses of mocha could never have accomplished this by themselves if they had not been the purely automatic accompaniment to Professor Kuckuck’s thrilling table conversation, which was what had stirred me up so profoundly. Briefly, then, arrayed in silk pyjamas (which protect the person better than a nightshirt against bed linen that may not have been thoroughly washed) I lay awake that night until almost morning, sighing and twisting in an attempt to find a position that would lull me into Morpheus’ arms; when slumber finally stole upon me unaware, I had a series of confused dreams such as often accompany shallow, restless sleep. 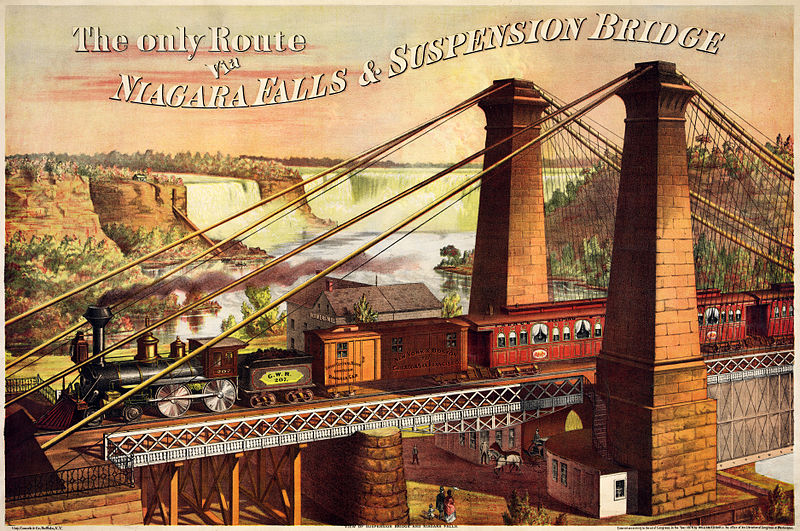 Traveling on trains at night was and remains a liminal experience, much more so than an overnight intercontinental flight, which lacks the nostalgic elements of a train journey. A traditional night train offers an experience that is more grounded in reality than a plane does. Even in high-speed trains the more direct connection with the surrounding landscape is almost completely lost, often replaced by the sight of noise-protection walls. Austrian author Alfred Polgar (1873-1955) knew how difficult it could be to sleep on a night train: “A strange feeling to lie in bed and be swept away through the night. On top of it all the earth is rotating on its axis and revolving around the sun, too. It’s hard not to get nervous.”

The train is a place where everything is literally on shaky ground — where, after a speedy ride through the night, people would arrive a little different from what they had been upon their departure. Maybe it was just a matter of looking like they hadn’t gotten enough sleep. But some travelers may have realized that chance encounters could turn into something more rewarding — that meeting the right person could bring about a major life change. Others may have felt something intense that they could not forget. But these tantalizing possibilities were still no reason to idealize this particular way of traveling. As nice as it seemed in theory, rail travel entailed a number of risks and annoyances. “Comfort” under such circumstances is a relative term. The lack of fresh air and circulation (closed windows during the cold season!), especially while lying squeezed in on a hard mattress on the upper foldable beds, could make for an unfortunate combination for those sensitive about smells. Stale sandwiches. Open curtains exposing body parts of strangers one didn’t choose to see. Strange people smoking in unsavory hallways, looking out into the darkness. Squeaking rails, recurring sounds at intervals. Talking, complaining or even arguing passengers in the compartment. Why did I forget to bring my ear plugs? Stray lights from train stations of unknown towns likely to irritate even closed eyes. Messy or defunct toilets didn’t contribute to making the experience more pleasurable. And neither did the subsequent shock of being awakened from superficial sleep by bad-tempered conductors. Often, only the arrival in a pleasant city or the reunion with a loved one could compensate for the traveler’s pains. This may all sound like a strange kind of poetry, but where else could these things be had except on a night train? 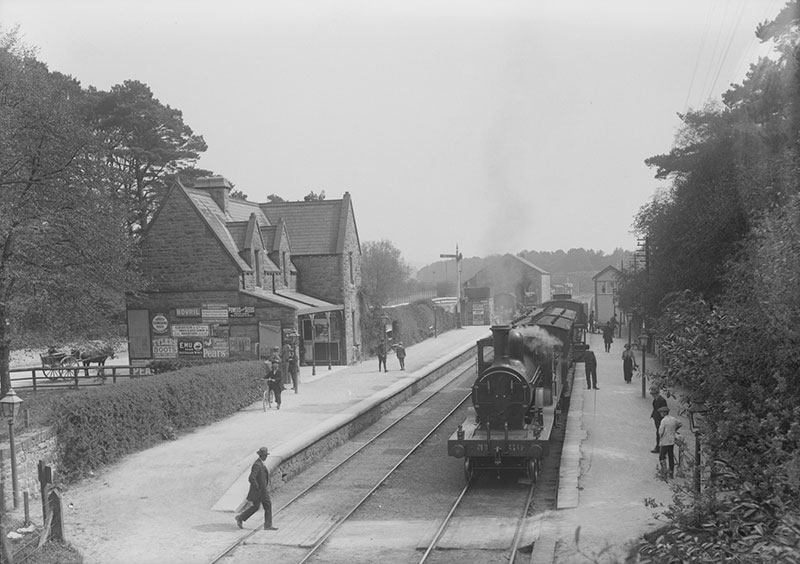 Before railways had the machinery necessary to protect from snowstorms, circumstances could require that the Pullman car become a hotel of sorts. This is what happened in January 1890 to 700 passengers stranded in Reno, Nevada while traveling on a westbound Southern Pacific train. For a full two weeks they had to make the train their home, since in these pre-casino days the town simply didn’t offer enough accommodations for them.

I traveled on various night trains some 30 years ago: Berlin to Stockholm, Berlin to Paris, Paris to Madrid, Munich to Rome, and Tangiers to Marrakech, if I remember correctly. I recall some train compartments where, at the conductor’s signal, seats were folded out to create a simple sleeping area that filled the entire space and left the passengers with the task of deciding how to arrange their bodies without coming too uncomfortably close to strangers — at least those strangers they didn’t feel comfortable getting too close to.

We may not have to resort to Sigmund Freud and others who have stressed the connection between mechanical agitation and sexual arousal — and called the railroad the most powerful agent of that arousal — but we just may after all. Railroad sleeping cars were among the fields of operation for French writer and autobiographer Catherine Millet, who earned a reputation as a sexual predator. In her book The Sexual Life of Catherine M. she recalls a situation in which she and her husband Jacques were trapped in a compartment with a large family in a second-class sleeping car on the way home from Venice during a rail workers’ strike:

We had to come to some sort of arrangement. We had elected to have one bunk for the two of us, one of the very top ones, which are very hot and can’t be reached without undertaking the most perilous and ridiculous contortions. The parents had taken the two bottom bunks, and the children had distributed themselves as best they could among the three remaining. We then settled into one of those lazy positions in which the human race will continue to derive certain delight for a long time yet (even if that means forgetting the entire repertoire of the Kama Sutra): that is, our bodies lay closely curled in a concave arc, and I warmed my buttocks against Jacques’s lap. When all the nightlights had been switched off, we took our pants down and had a deep, slow fuck.

These kinds of sensual experiences — or complications — are in danger of becoming a rarity, at least on European trains. When almost any city can be reached by plane within a few hours, overnight train travel is becoming an anachronism. Fewer and fewer connections remain in operation. However, the advertising slogan for the European City Night Line still reads: “You sleep as you travel and reach your destination rested and refreshed.” •

If, for some reason, you don’t have the opportunity to travel on a night train, you can still hear what it would sound like: