I was elated. By an act of fate, this year’s Associated Writing Programs’ (AWP) Conference was scheduled to be held in Washington, DC. I’d been attending the conference for over 20 years, but this would be the first time that the conference would be located in the eye of an American political storm of this magnitude. Participants from all 50 states would find themselves in Washington during Trump’s first 100 days.

When AWP organized its first conference in 1973, it became “an essential annual destination for writers, teachers, students, editors, and publishers.” Since then, the conference has grown in size to over 12,000 attendees. It runs four days with formal presentations scheduled from eight a.m. to eight p.m. and informal, off-site events at nearby restaurants and bars. Attending the conference is akin to a Kierkegaardian leap of faith. How will you as a writer react when confronted with 12,000 others, many with national reputations? Believe me, you arrive at a dark place, unsullied by your own success. Still, others feel differently, “Being at AWP inspires you to do more,” the novelist Elizabeth L. Silver told me as we walked the book fair together. “It reminds you of what you aspire to be, no matter where you fall in the literary world.”

For me, it’s a situation that forces me to confront myself. I traveled to the conference by Amtrak, knowing that the passengers scribbling in notebooks were all headed to the same place. If I’d visualized them crowding me in like this when I was writing, alone in my room, I’d never have committed a single word to the page. Once I arrived, I headed directly to the book fair, searching for kind editors to whom to pitch my work. I experienced emotions that put me at a loss for words as these editors either encouraged or resisted my offer to submit to their press. The aisles were filled with writers I admire, and I got to attend their book signings and stand face to face with them in extended conversations, as I did this year with several of my heroes, including E. Ethelbert Miller and Dave Eggers. It’s how I met the Haitian-American author Fabienne Joshaphat who has since become a friend.

It’s a situation that forces you to confront your most competitive, bitter self. Every year that I attend the conference, I experience a different range of emotions, from tears and outrage at the publishing world’s narrow biases, to elation at being chosen for publication and reaping its rewards. But to get the most out of the conference is to be free of the picture of success it offers. Publications, prizes, and awards are distractions. The real goal is to enhance your teaching and to produce beautiful writing, that which transforms people’s versions of reality and makes an impact, and that is what keeps me going back to the conference year after year. 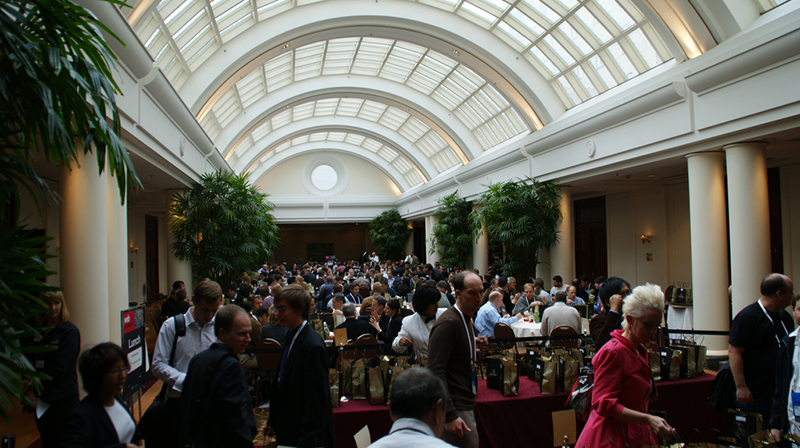 The conference schedule listed presentations with titles such as “Which Comes First Activism or Art,” “Global Narratives Within US Culture,” and “Translation as a Political Act,” — this in the first hours. At the “Global Narratives Within US Culture” talk, I listened to five authors discuss how their immigrant experiences shape their writing. Born in either Iran, Cuba, Ethiopia, Uruguay, or the Philippines, these five authors, (Achey Obejas, Carolina De Robertis, Laleh Khadvi, Patricia Engel, and M. Evelina Galang) connected through their protest against the Trump administration’s dehumanization of refugees and immigrants. “I never stop thinking of myself as a Cuban immigrant. Not for a minute. Every minute of every day, the world reminds me,” Achey Obejas said, but she could have spoken for everyone on the panel.

In the 1980’s, as an MFA student at the nation’s premier writing program, the University of Iowa Writers Workshop, my class of 60-some aspiring writers and poets was mostly white with three Asian students and not a single black student. Weaned on Baldwin, Hughes, Brooks, and Ellison, I was aware of the bleached-out aesthetic the workshop promoted in the absence of black voices. “I had been writing since I was ten,” Toi Dericotte writes in Gathering Around: A Reader Celebrating Cave Canem’s First Decade:

[I]n all my years of study — from grade school through graduate school — I had never read a black poet. I had never been taught by a black teacher . . . There was a suspicion that black people weren’t really good enough to be published, to be poets. My journey as a poet has been to face the locked places in myself that have blocked expression — shame, self-loathing, doubt — finding inside me, that dead eye that is able to discern its way down deeper than what is stopping it. 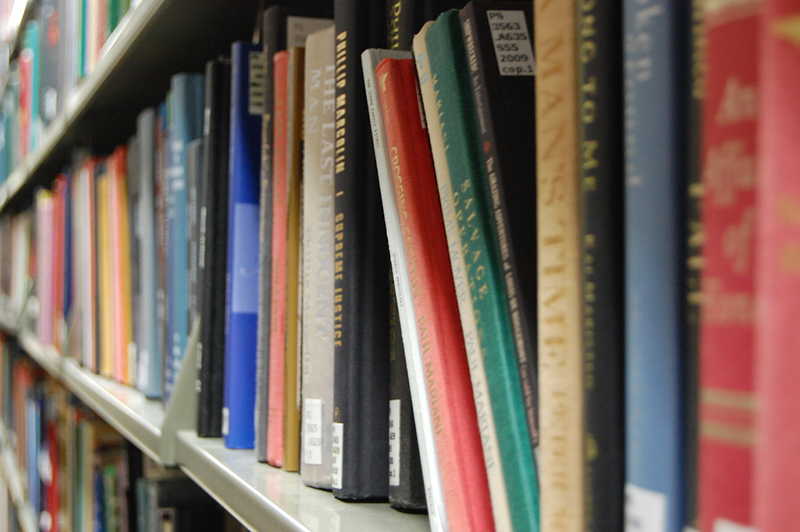 I am familiar with “that dead eye” Dericotte describes. As one of a handful of Jewish students in workshop at the University of Iowa, we sought each other out and banded together. We called ourselves “The Rescue Squad” and appeared at one another’s apartments when one of us was passed over for a merit scholarship or our writing came under attack in the workshop’s hostile and competitive atmosphere. In an effort to “fit in,” I practiced talking without using my hands. I often resorted to sitting on them to keep them still. I only contributed to a discussion when I was absolutely sure I wouldn’t be shot down for what I had to say. It wasn’t necessarily our teachers who discouraged us from speaking from a point of view or writing about topics that were considered too Jewish. There in the freakishly cold, near-zero winters of the 1980’s Midwest, it was a deep-seated cultural message. I winced when one of my friends used the word challah in a poem. Another, compelled to write about the Holocaust, had an especially hard time. We were clearly discouraged from writing about anything political. In a weird interpretation of Adrienne Rich’s famous cry, “the personal is political,” we were taught again and again that to take a political stand would cause our writing to become didactic. As women, as Jews, we walked a fine line between being true to our own experiences, yet reprimanded when our politics seeped in. Instead, we were praised for writing pastoral poems or poems exploring family relationships. My breakthrough poem was about my grandmother’s barbituate habit, yet my gut feeling is that if I had placed her within the particular Jewish context in which she lived, I’d have faced disapproval.

“Our workshops were more focused on aesthetics,” poet and publisher Henry Israeli, who attended the workshop a decade after I did, told me. “I don’t remember anyone writing about being Jewish.” He grinned. “The only thing I remember is that we weren’t supposed to be writing apocalypse poems for some reason. One of my professors actually warned us not to write them.”

The second day of the conference, I joined up with a group of fellow Pennsylvanians to march to the Senate House to voice our complaints to our state Representative, Senator Toomey. Poet Lisa Sewell had managed to get an appointment. The nine of us, residents from across the state, sat at a polished mahogany conference table and one by one denounced the Trump Administration’s threats to health care, free speech, schools, and immigrants. The young staffer who met with us wore an Eagles sweatshirt. He stoically recorded our complaints in a copy book. We did not quote poetry, but throughout our meeting, Shelly’s famous statement, “Poets are the unacknowledged legislators of the world,” clung to my lips. 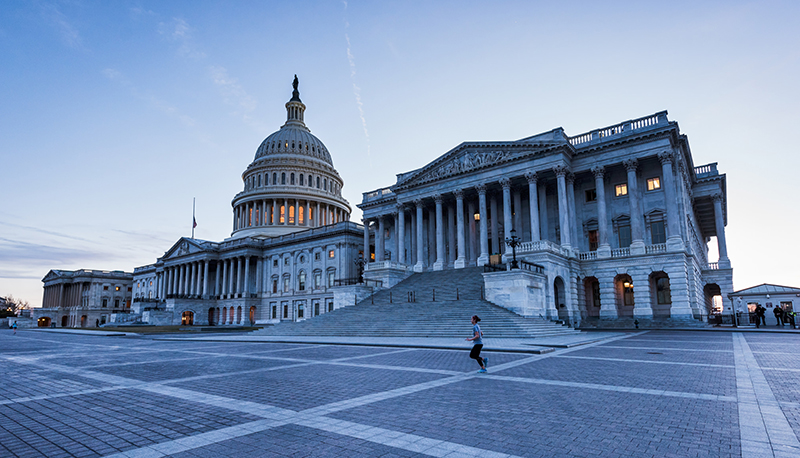 I attended a talk that Dave Eggers and Mimi Lok gave on their Voices of Witness project. The project has produced a book series of oral narratives that takes “a humanizing, literary approach to illuminating the stories of people around the world who have experienced injustice.” Volunteers were called up to read excerpts from narratives. One DACA recipient appeared on a screen and told us how crucial telling her story had been to her, especially now amid her fear of deportation since Trump’s election. I moderated a panel called “When Writers Move In and Out of their Countries and Genres.” Dina Elenbogen, Fabienne Joshaphat, and I spoke about the difficulties we faced publishing works set outside the US with protagonists who are not American. My own novel, based on the life of a South Sudanese refugee, spans three continents; Dina’s about Ethiopian Jews takes place in Israel; and Fabienne’s is set during the Duvalier regime in Haiti. “I just don’t know how to market this book,” several editors who’d rejected my novel had told me because they did not know how to make room for a book about a South Sudanese protagonist. “If you’d filtered it through your point of view . . . if you’d written it as nonfiction . . .” they’d remarked as if my protagonist’s voice and experience would be recognizable only if an American narrator represented it as her own experience of a foreign culture. Fortunately, I didn’t give up, and when I couldn’t find a commercial press that was willing to take a chance on my book, I submitted it to an independent press, Harvard Square Editions — a press with the dedicated claim to “breaking through cultural boundaries.”

The conference site, the Washington Convention Center, was located a mere mile from the White House: close enough to walk. But it was cold outside, so I rode in a Lyft — people were still protesting Uber — with four other writers to a candlelight vigil for freedom of expression in Lafayette Park, adjacent to the White House, which was sponsored by Eric Sasson along with the writers’ organizations VONA and Split this Rock. Writers Kazim Ali, Gabrielle Bellot, Melissa Febos, Carolyn Forche, Ross Gay, Luis J. Rodriquez, and Eric Sasson spoke and read poetry to the hundreds assembled. Melissa Febos began: “This gathering is called a vigil, but what is a vigil? It’s a period of keeping awake when everyone else is sleeping, and that’s what we are doing here. Keeping awake.” I joined in with the others, clapping our hands together and raising our fists. 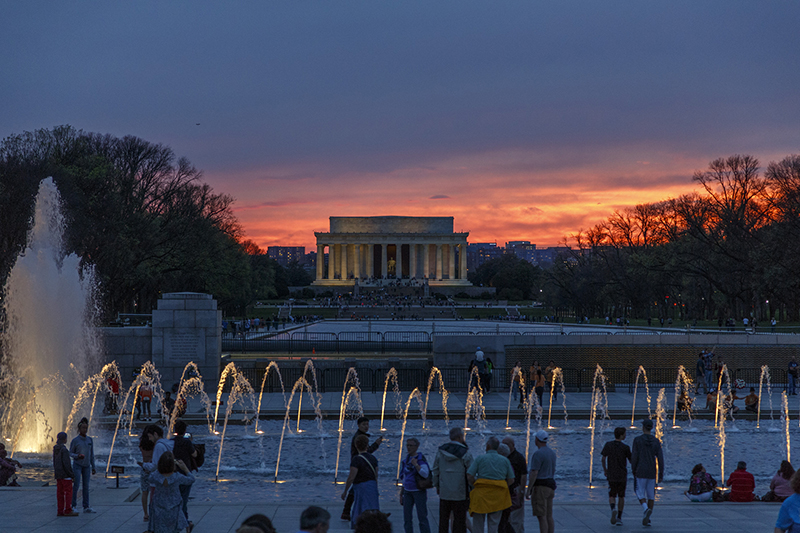 “My mind is on the trees,” Ross Gay followed, in a stunning nod to the occasion of hundreds of writers assembled in a park, holding candles in the darkness, many from small towns far from DC. He read Cornelius Eady’s gorgeous poem, “Gratitude,” written several decades ago about being a 36-year-old black man in America, yet moreso holds true today:

Earlier that afternoon, escaping the insensate air of the convention center, author and editor Jill Bialosky and I walked down 9th Ave. to the White House. The streets in DC run slantwise and we had to consult google maps to find our way. When we arrived, however, there was no mistaking the 20-foot-tall metal fence surrounding the perimeter that had been installed for the inauguration and still glared back at us in the sunlight. “Oh, it’s going to come down soon,” a guard in black militia gear and helmet told us. We asked him to snap our picture, but he said he was not permitted to do so and we had no choice but to take selfies of the two us standing in front of that fence, the house where Trump lives behind it, wondering how soon would be soon enough. •